From the early days of Driven, crossing continents in Trading Up, exploring Battle Machines on the frontline of Afghanistan, and through to over 150 restorations on Wheeler Dealers, which is currently filming its 17th season, Mike Brewer continues to find the best cars for the best possible price.

Mike continues to make motoring shows all over the world with 2020 seeing the premiere of Wheeler Dealers Dream Car with Marc ‘Elvis’ Priestley, and Mike Brewer’s World of Cars. Even in the Covid-19 lockdown, Mike was still creating new shows, filming World’s Greatest Cars for Discovery TV, which will appear on Quest, and starting his own live chat show via the internet.

He just can’t stop talking about cars. Despite hosting the world’s most watched motoring show, Mike hasn’t forgotten his car trader roots and owns two Mike Brewer Motors dealerships, as well as constantly saving classics by adding them to his growing personal collection.

She has also worked on international rallies including the Peking to Paris Motor Challenge in 2013, driving from Beijing to Paris in 2016, the Trans-Himalayan Challenge in 2019, taking the first group of westerners up and over the Himalayas in their own cars, and most recently leading a Rally through Rajasthan to the Taj Mahal in India.

Not one to resist a challenge, Andrea is also part of the Vintage Adventurer team which holds world records for driving a 1930 Ford Model A across America, and across Australia and back in the fastest time. She and Mike met at the NEC Classic Motor Show many moons ago and have been firm friends ever since. Andrea even introduced him to Ant Anstead and the rest as they say, is history.

They’ve worked together for many years and are excited about what’s to come as they build Mike Brewer Motoring together.

It is 15 years since production of the MC12 ended and now Maserati is back with a new super sports car, the MC20. The...
Read more

Mercedes Benz has launched the latest generation of its S-Class luxury limousine, and it is packed with more technology than ever. Code-named the W223,...
Read more

Skoda’s new Enqaq iV electric SUV is their first model to be based on Volkswagen’s MEB modular platform, and prices in the UK will...
Read more 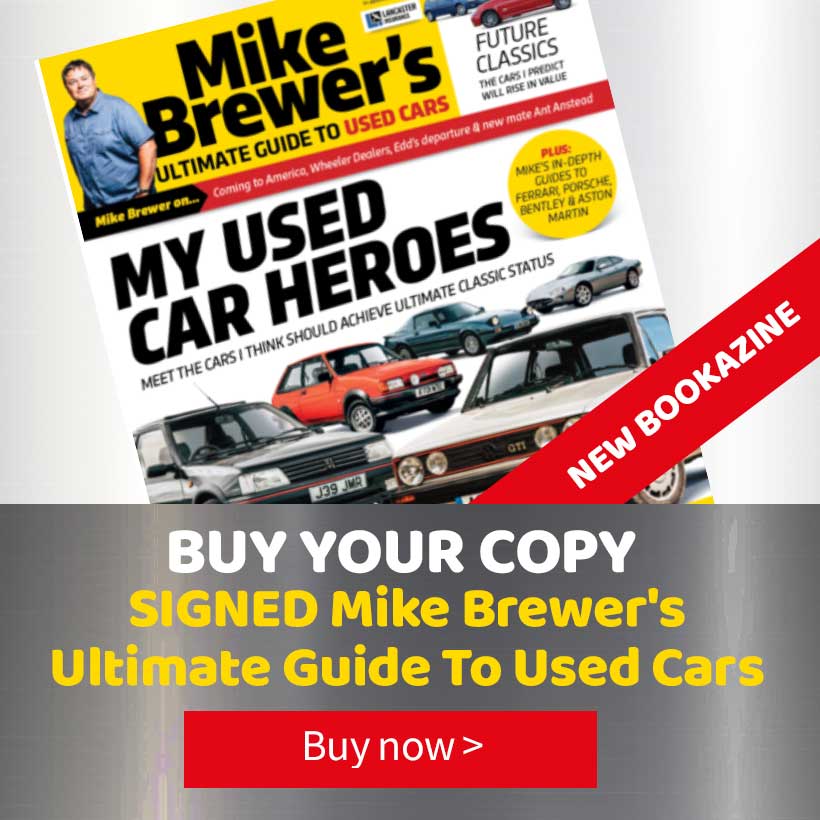 Viewing has opened for @Classic_Car_Auctions bigge

Missed tonight's #WheelerDealers ?? Catch up with

I am delighted to be supporting the virtual charit

Got a question or motoring dilemma you want Mike's