BMW has further expanded the new 4 Series range with a convertible model.

It is no surprise that the recent announcement of the latest BMW M3 saloon and M4 coupe models grabbed plenty of headlines, but BMW has now revealed a further expansion of the new 4 Series range with the addition of a convertible.

Boasting bolder, more muscular looks than its predecessor, the latest drop-top features BMW’s latest interpretation of the famous kidney grille – an element that has already generated plenty of opinion with the M4. Dimensions have grown, too, the new model being longer and wider than before, with an increase in wheelbase and front/rear tracks. 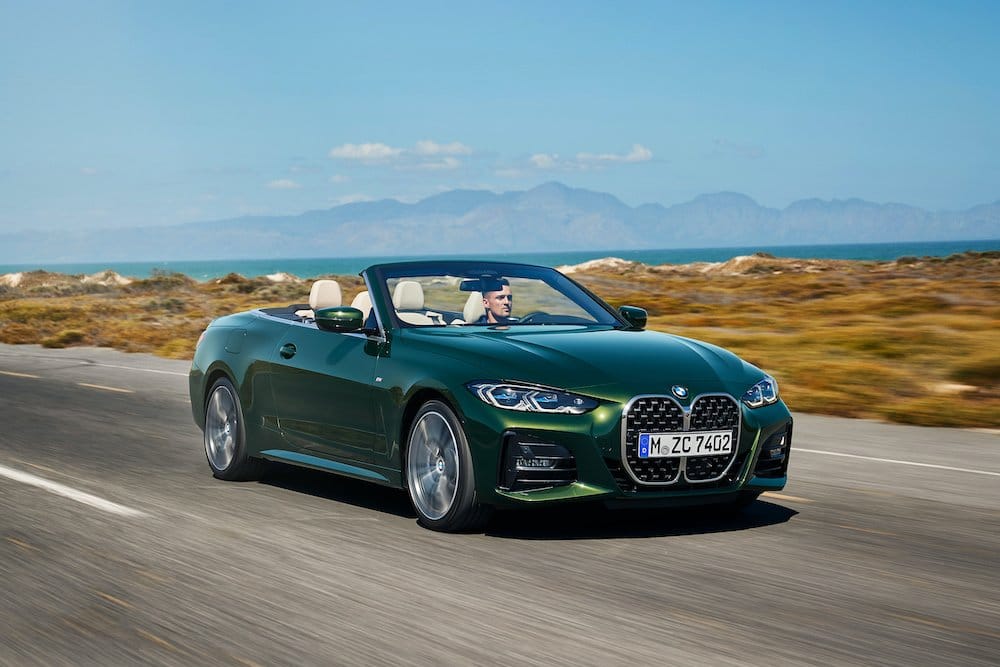 There’s also a new soft-top arrangement, the fabric hood comprising large panel bow elements. Electrically-operated, it opens and closes in 18 seconds at speeds up to 31mph, and as well as being 40% lighter than the previous folding roof BMW also say that it provides the latest model with a more dynamic side profile.

While a pair of six-cylinder diesel engines will be added later next year, the convertible will initially be offered with a choice of two four-cylinder petrol engines and a four-cylinder diesel, along with a six-cylinder petrol in the M440i. The petrol range kicks off with the 420i which produces 184hp, with 0-62mph taking 8.2 seconds and claimed economy of 49.9mpg. In the 430i, power is boosted to 258hp for a 0-62mph time of 6.2 seconds. The 420d diesel engine is a 190hp unit claimed to offer combined economy of 67.3mpg. 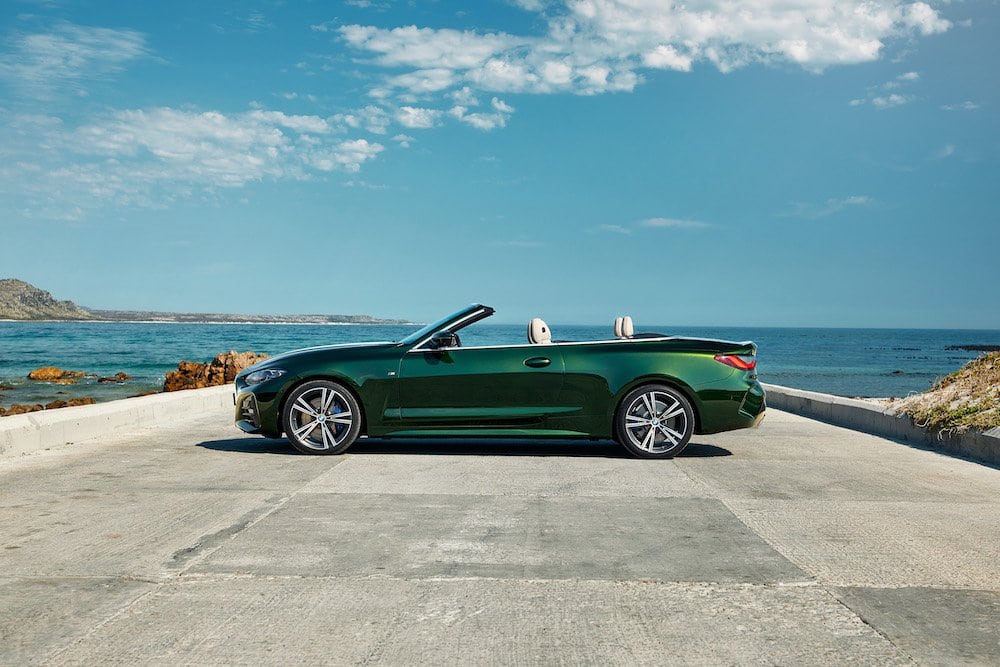 All of the above variants are rear-wheel drive, with power delivered through an 8-speed Steptronic automatic gearbox as standard. However, topping the initial range is the M440i xDrive which is powered by a 374hp six-cylinder engine and benefits from 48v mild-hybrid technology. Driving through all four wheels, it manages 155mph with 0-62mph in 4.9 secs.

Prices range from £45,785 for the 420i sDrive to £59,645 for the M440i, while all models get a generous level of kit. UK cars will come in M Sport specification as standard which brings LED headlights, heated and electric leather sports seat, three-zone climate control, 18-inch M Sport wheels and M Sport suspension. Opting for the M Sport Pro Edition adds the likes of 19-inch wheels, unique paint colours and adaptive suspension. Also standard is BMW’s Live Cockpit Professional set-up with a 12.3-inch digital instrument cluster and a 10.25-inch touchscreen infotainment display. 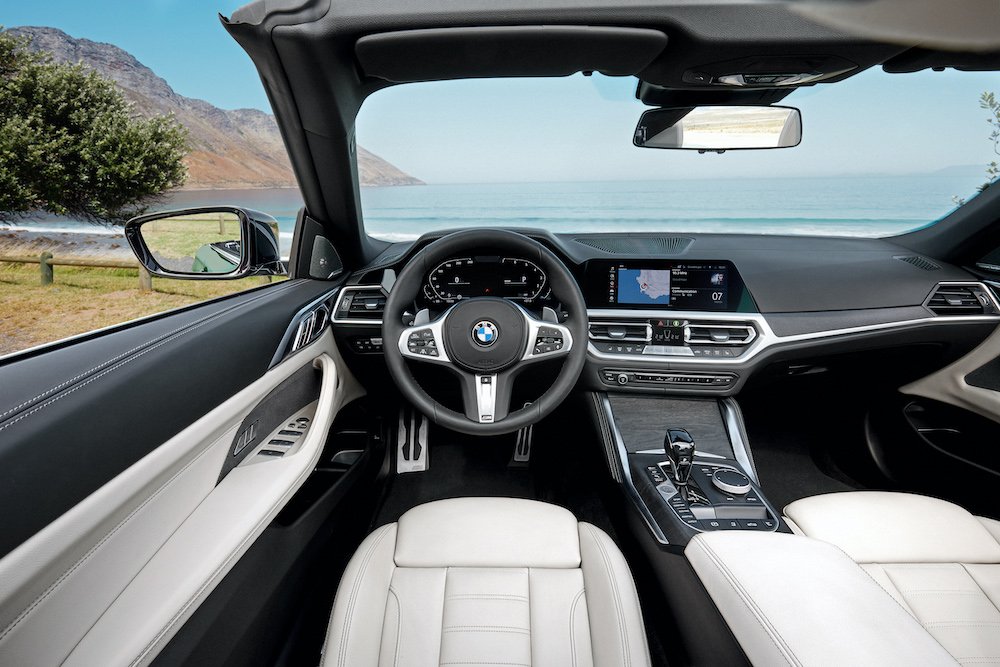 Buyers can also choose from a variety of option packs, including the Visibility Pack which swaps the LED headlights for the BMW Laserlight system. And amongst the array of driver assistance technology is the optional Driving Assistant Professional which includes Steering and Lane Control Assistant, an Active Navigation function, and Emergency Lane Assist.

The BMW 4 Series Convertible will arrive in the UK in March 2021.