A double helping of GTS

The history of the GTS badge. 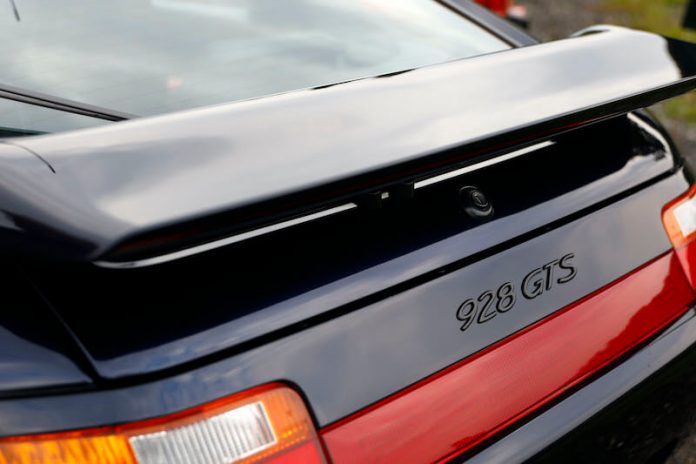 Porsche are the masters of enhancing the desirability of their cars, and for decades one badge has been doing just that. And 25 years ago it also marked the end for the 928.

As a Porsche enthusiast you’ll be familiar with the GTS badge, one that’s affixed to a number of models in the current range. Standing for ‘Gran Turismo Sport’ its roots can be traced back to motorsport, more specifically the 904 GTS that Baron Antonio Pucci and Colin Davis drove to victory in the 1964 Targa Florio. Said by Porsche to represent a car that’s both sporting and comfortable (the latter reflecting the needs of those drivers in tackling the hundreds of miles that made up the fearsome Sicilian course) it also guarantees a very well-equipped model today.

Its return in the modern era came courtesy of the 997 Carrera GTS launched in 2010, but what we’re interested in here is heading somewhat further back to two particular models that carried those letters. One of them was a result of homologating the 924 for Group 4 racing, while the second represented a last hurrah for the swift grand tourer that was the 928. 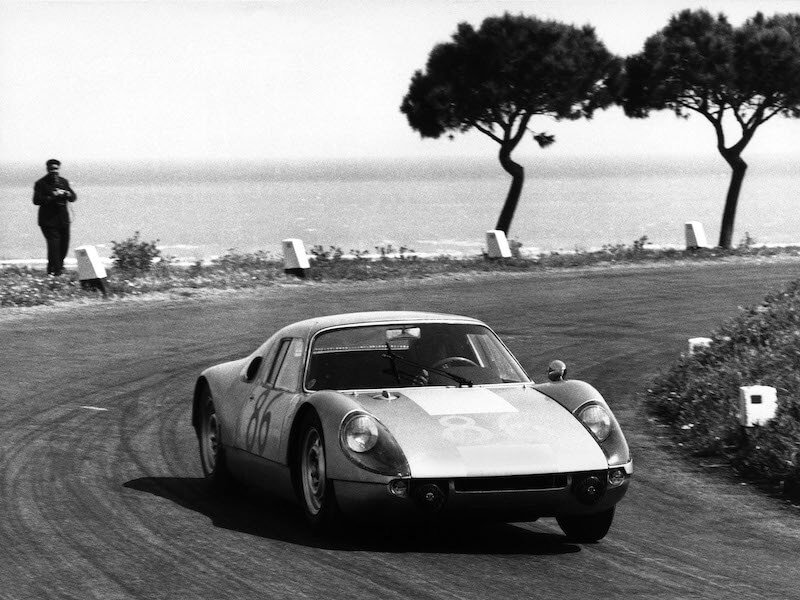 That 924 iteration first, then, a model that was developed from the Carrera GT. Launched in 1980, that car was based on the 924 Turbo and featured a more powerful version of the 2.0-litre engine and a notably more muscular appearance. Released in 1981, the GTS took things a stage further not least by extracting an impressive 242bhp from the four-cylinder motor. Backed by a useful 242lb ft of torque, the increase over the GT was mainly a result of lifting the boost pressure to 1 Bar (from the GT’s 0.75 Bar) while the intercooler was relocated from the top of the engine to just ahead of it.

The result was a 0-62mph sprint despatched in 6.2 seconds and a top speed of 155mph, performance that was helped by a sylph-like kerb weight of just 1121kg. A full 60kg or so lighter than the GT, opting for the roll-cage equipped Clubsport variant slashed that even further to just 1060kg. And alongside the engine tweaks the running gear included suspension parts fashioned from aluminium and coil springs at the rear in place of the torsion bars found on the regular 924 Turbo. It was certainly a tasty confection, and alongside the uprated mechanicals the exterior changes would have left onlookers in no doubt of this car’s sporting intent.

Colour-matched Fuchs wheels were joined by GRP extensions for the wheel-arches and sills, while the pop-up headlamps of the GT were replaced by fixed items behind Perspex covers. The gaping intake duct on the bonnet was a fairly obvious clue to this car’s purpose, too. In the end, just fifty nine examples would leave Weissach, all of them left-hand drive, with fifteen of those in more focused Clubsport specification. Given the total number of 924s produced the GTS remains a fascinating rarity, but the next car to feature the badge would be a little more numerous. 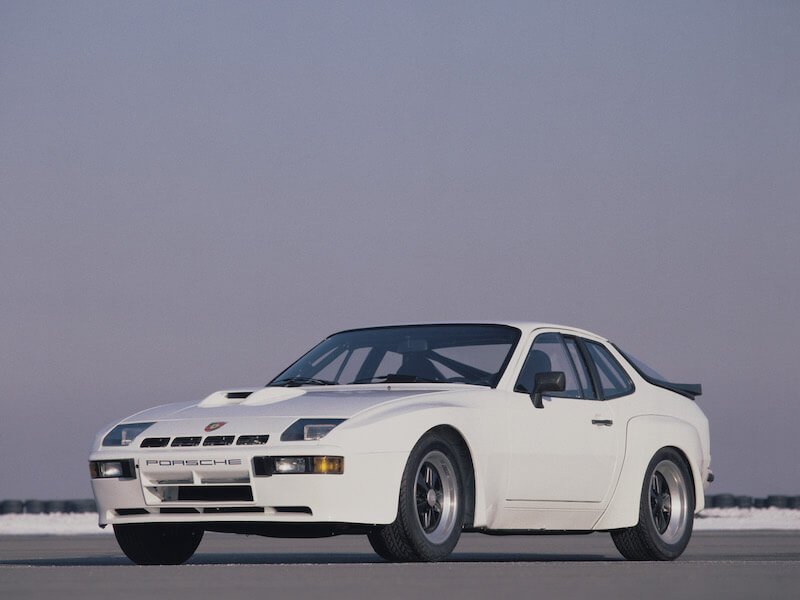 The 944 range was never endowed with a GTS model, so it would take until 1992 for it to reappear. This time it adorned the rump of the 928, a model first introduced some fifteen years previously and that was nearing the end of its lifespan. It never did replace the 911, of course, instead cementing itself a place amongst the affections of those after a powerful and fine-handling mile-muncher, but as the 1990s began it was clear the big Grand Tourer was on borrowed time. This then, was the final iteration. A fitting way to say goodbye to a much-admired Porsche, and it was a rather glorious ending.

Powered by the quad-cam, 5.4-litre V8 there was now 340bhp and 369lb ft of torque to play with, with drive sent to the rear wheels via the familiar transaxle and a choice of manual or automatic gearboxes. It’s worth noting that the former was by far the rarest version, with just forty four examples officially coming to the UK in right-hand drive form (total GTS production amounted to around 2870 cars).

They’ll command a premium today, although given the V8’s outputs the self-shifter is no poor relation and suits the 928’s more relaxed, continent-crushing abilities. And whichever one you opted for, you could expect the 0-60mph benchmark to be achieved in around five and a half seconds with no let up until almost 170mph. They were impressive numbers, as well they might be for a car that carried a £65,000 price tag, but there was also plenty of luxury on offer as well as distinctive looks. This was no thinly-disguised racer like the 924 GTS, though. Instead buyers were treated to subtle enhancements including gently flared rear wings, a rear wing painted in body colour, a red panel joining the rear lights, and ‘Cup’-style door mirrors. The looked was completed by 17-inch ‘Cup’ alloys. 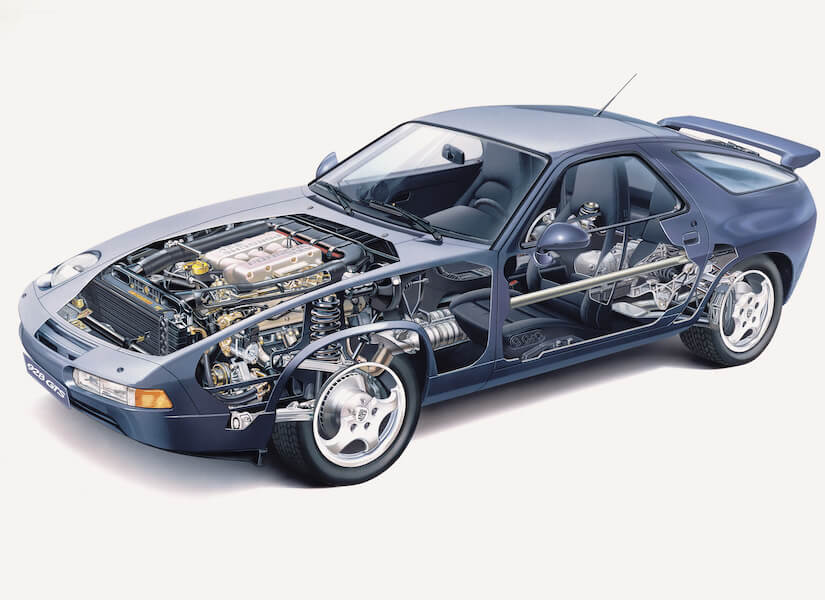 Clearly representing very different propositions, a direct comparison of these two takes on the GTS theme would be meaningless. Whereas one makes no attempt to hide its motorsport genes the other was intended as a richly-specified way to mark a model’s departure, but that doesn’t prevent both proving hugely desirable albeit in very different ways.

The rarity of the 924 and its link to Porsche’s racing activities undoubtedly make it very appealing, but it also means that getting your hands on one will be neither easy nor cheap – for example, at its Paris sale earlier this year RM Sotheby’s sold an incredibly original, low mileage example for €212,750. The 928, on the other hand, is a compelling blend of sports car and long-distance cruiser and is both more numerous and much cheaper (relatively speaking, of course. We’re not talking bargain Porsche’s here); £35-40,000 should bag a good one with the mid-£60k mark securing the very best. 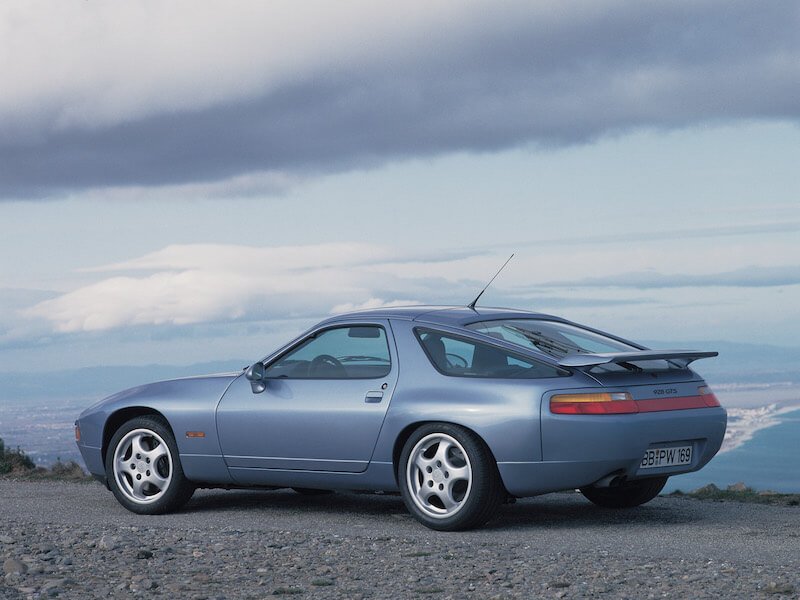 Like we said, there’s not a comparison to be made here but when it comes to the GTS breed both deserve to be remembered. The badge has endured for more than half a century, and while some might argue that its application on models like the Cayenne has devalued its motorsport roots the two cars here demonstrate that it once stood for something rather more exclusive.