FeaturesBest of & Buyers Guides10 excellent track day cars for under £15,000

Looking for a budget car to push to the limits on a track day? Here are some that’ll have you covered. 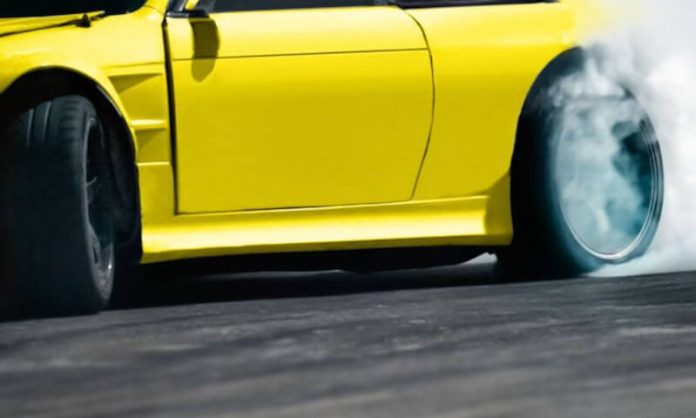 The whole point of a track day is for drivers to hone their driving skills and push their cars to, and beyond, the limit in a controlled environment.

Track day cars should be tight enough to handle sharp corners, powerful enough to build a reasonable pace, and more importantly, put a smile on your face.
Here we have our buyers guide of the best track cars on the market for under £15,000. 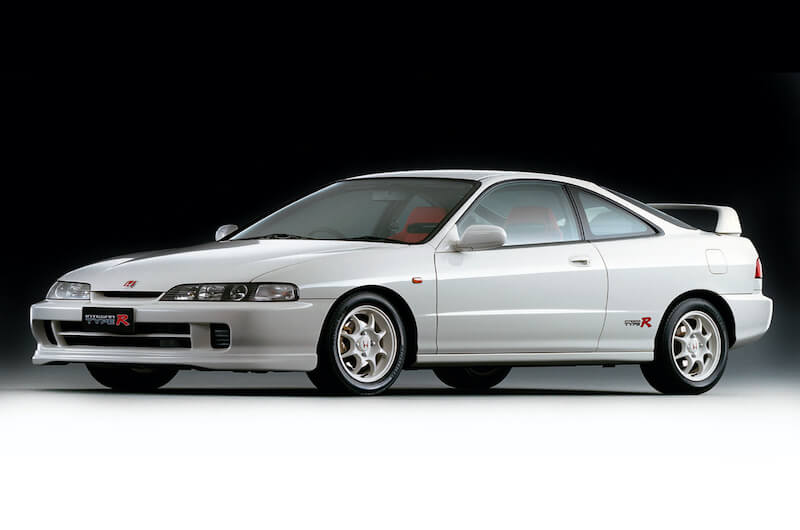 The Integra Type R was, and still is, classed as one of the best-handling front-wheel drive cars of all time and it even set the tone for Honda’s bonkers Type R range for years to come. Honda equipped the Integra Type R with a slim windshield, minimal sound deadening and lighter wheels which resulted in it weighing just 1125kg. Its turboless 1.8-litre would sing to the 8,700rpm redline and deliver 187bhp via a limited-slip differential which aided its predictable handling. Cars start at around £8,500 with finer examples fetching sub-£15,000. 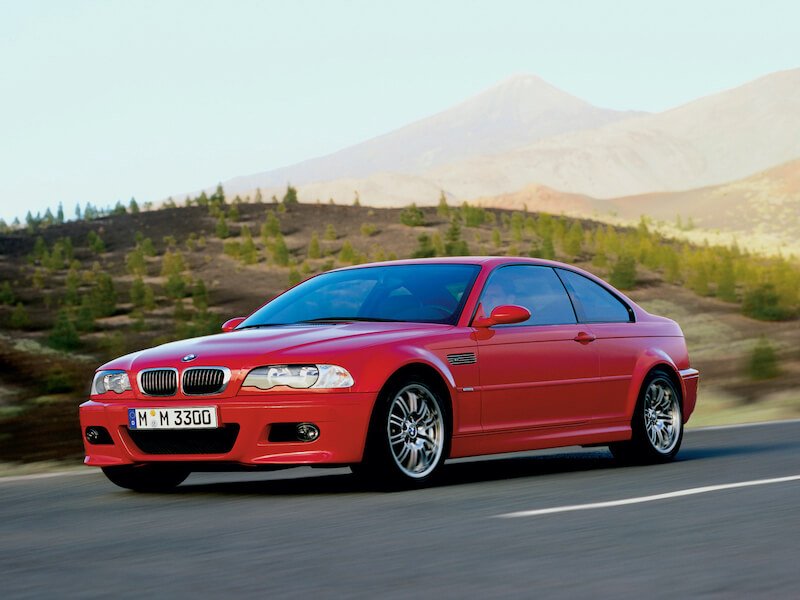 Adored by many, the E46 M3 was considered to be one of BMW’s finest M cars. Buyers had the choice of an SMG flappy-paddle automatic or a six-speed manual gearbox while all cars came as standard with the Variable M Differential to help put its power down. Its tight chassis meant the M3 could dance through corners but there are various upgrades available such as Powerflex bushes and Eibach anti-roll bars that can make it even quicker. High-milers can be had for our budget with sub-70,000-mile cars demanding closer to £20,000. 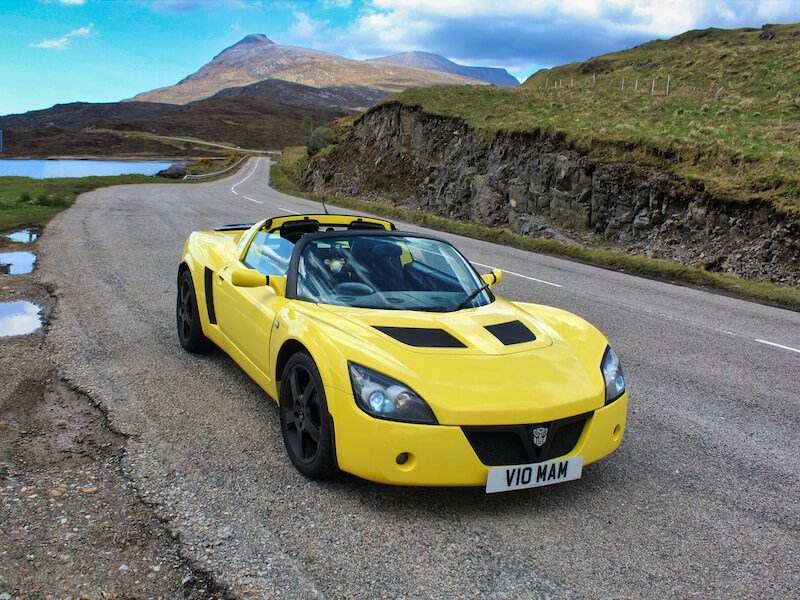 Prices for Elises are currently in the stratosphere and aren’t predicted to drop any time soon; the VX220 is closely trailing behind but cars can still be had for our £15,000 budget. Weighing in at just 870kg, the VX220 is rear-wheel drive and shares the legendary Lotus Elise chassis. Two variants were available: a turbocharged 2.0-litre with 197bhp and a naturally aspirated 147bhp 2.2-litre, both gave a stellar performance. The 2.0-litre cars sit close to the £20,000 mark nowadays, but a 2.2 can be had for just under £15,000 and still hit 60mph from rest in under 6 seconds but there’s always the option to bolt on a GM supercharger for more oomph. 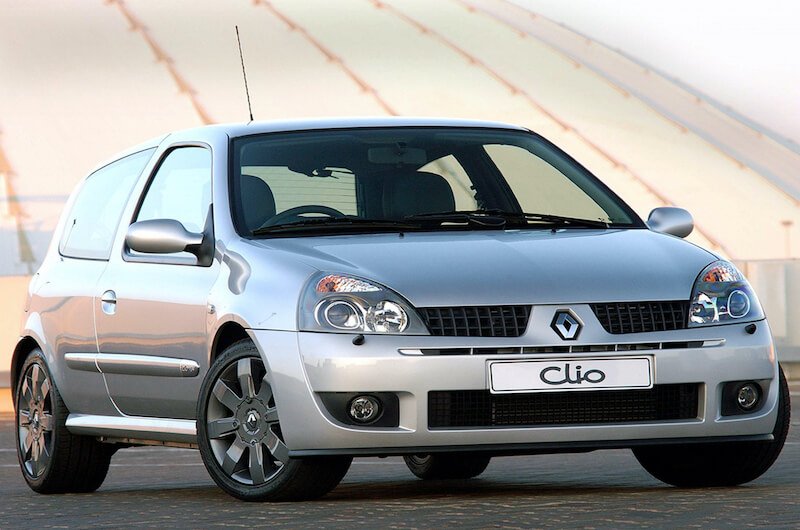 Even by today’s standards, the Clio 182 still punches above its weight: 0-62mph in 6.6 seconds, it will carry four passengers, it’s torquey and can be chucked through bends with gusto. After the Clio 172 in 1999, which was excellent, in 2004 the Clio 182 was born. There were various cosmetic changes, such as twin tailpipes, and it sat 10mm lower, while an optional Cup pack gave a front splitter and rear spoiler. Renault then gave us the Trophy, which had the same engine but upgraded racing Sachs dampers with slightly lowered suspension, 11-spoke wheels and a bigger spoiler from the Clio V6. Sub-100,000-mile examples can be had for around £4,000. 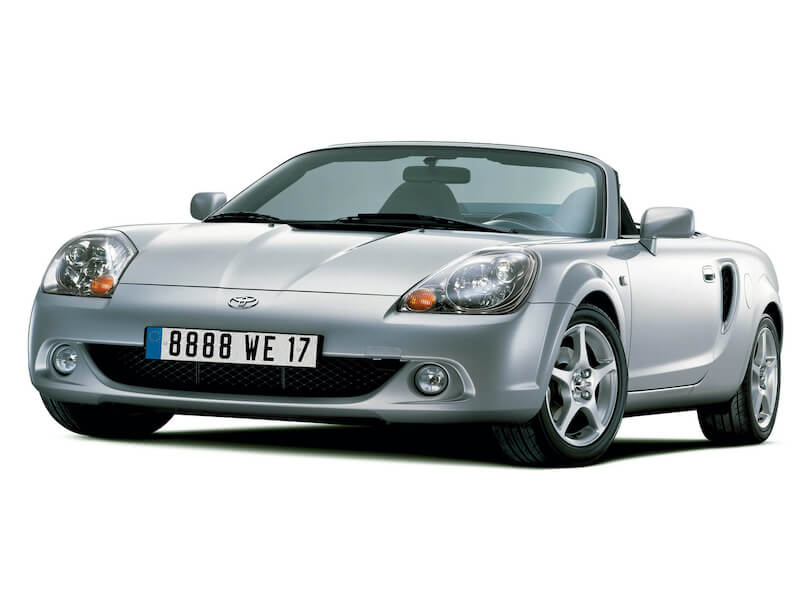 Mazda hit hard with the MX-5 and over the years other manufacturers have tried to create a rival, but amongst the few that hit the bullseye was the MR2. When it landed in 1999, the MR2 was a massive improvement versus previous cars: it was nimbler, lighter (975kg) and smaller. There was nothing overly impressive about the MacPherson strut suspension setup but Toyota turned to Lotus engineer, Roger Becker, to finely tune the MR2’s handling. Modifications are vastly available from adjustable coil over suspension to aftermarket exhausts and snazzy body kits. Project cars can be picked up for £2,000 with cleaner examples fetching around £5,500. 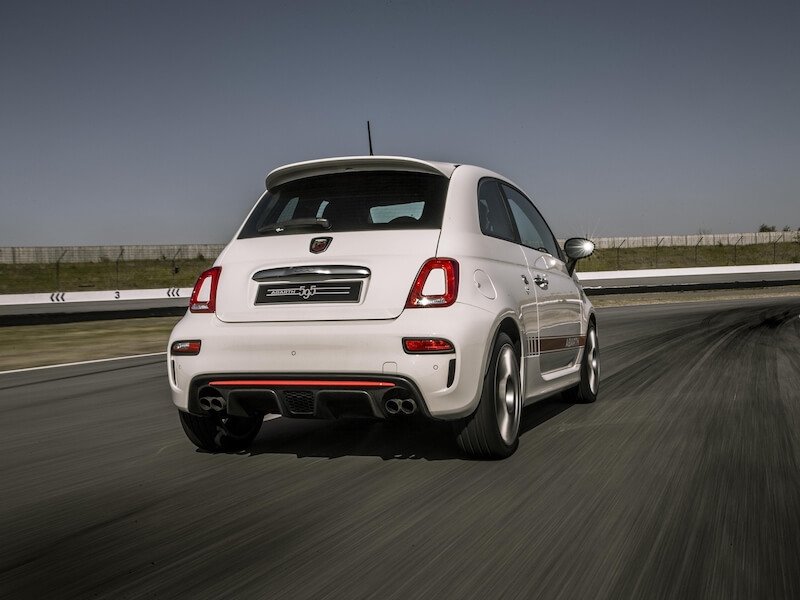 Even the Abarth 500 is a good option here, but the 595 Trofeo just offers that little bit more. The Trofeo had the same turbocharged 1.4-litre engine, but with 158bhp, allowing for a 0-62mph time of 7.3 seconds. This is a car that bites like a Jack Russell. Abarth did have cornering in mind with their use of torque vectoring and, as it sprints toward the bend, the tactile wheel gives you the utmost confidence that it’ll claw its way around with ease and spit you out on all four wheels. Low-mile Trofeos can be had for around £12,000. 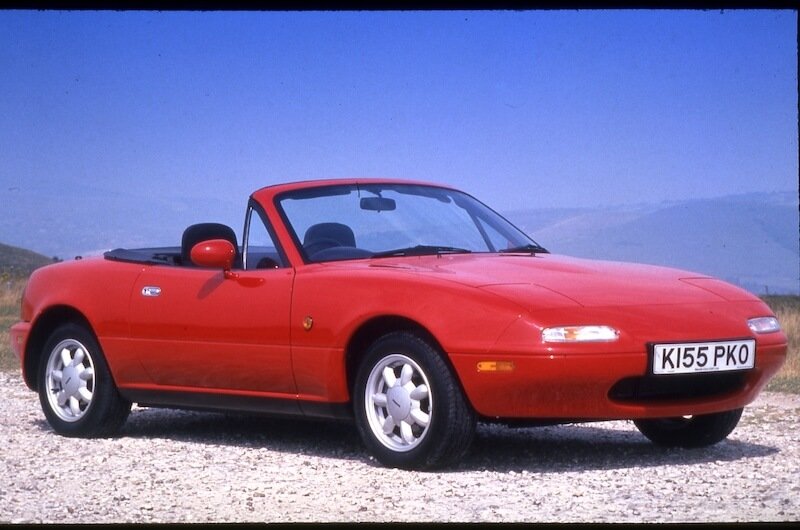 It’s easy to see why the MX-5 is the choice for many: they’re affordable, highly modifiable and fun to drive. The MX-5 boasted precise steering and extraordinary balance thanks to its 50:50 weight distribution, making the two-seater rear-wheel drive roadster great fun on a twisting road. Early cars were fitted with a 114bhp 1.6-litre which is commonly retrofitted with forced induction, whereas later 1.8-litre models gave an extra 16bhp which hauled the 990kg to 62mph from rest in 8.1 seconds. Even better, the five-speed manual gearbox has a snappy short-throw shift which massively increases the fun factor. MX-5s sit well within budget with cars ranging between £2000 to £6000. 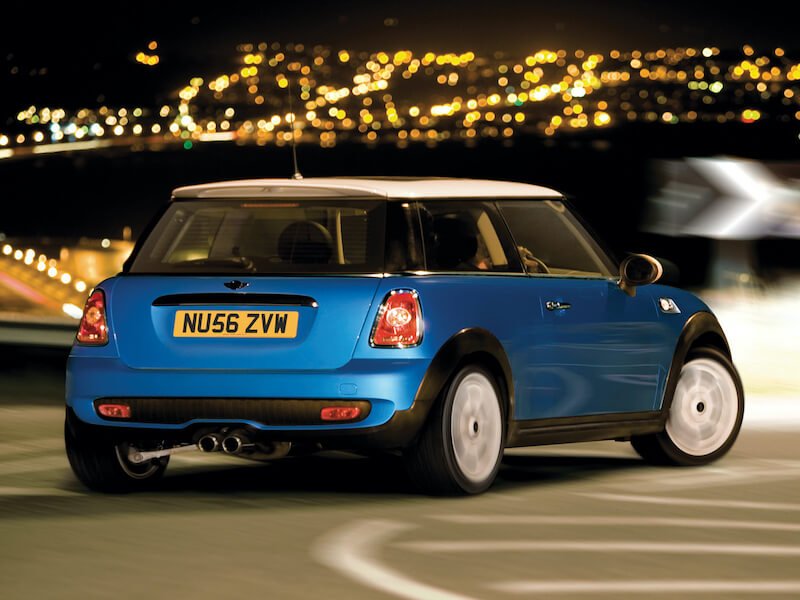 It’s no surprise how the Cooper S made our list with its short wheelbase, punchy supercharged 1.6-litre engine and slightly unforgiving stiff dampers. Mini equipped cars with run-flat tyres, ruining the ride quality, but swapping to more conventional boots quickly breathed life back into the handling. From 2004 onwards, the Cooper S received a facelift which saw power hop to 170bhp while the sought-after limited-slip differential and Recaro front seats became an optional extra. The R53 bowed out in 2006 with the bonkers two-seater GP variant which had 218bhp. Decent examples start at around £4000 while GP models, if you can find one, fetch closer to £15,000. 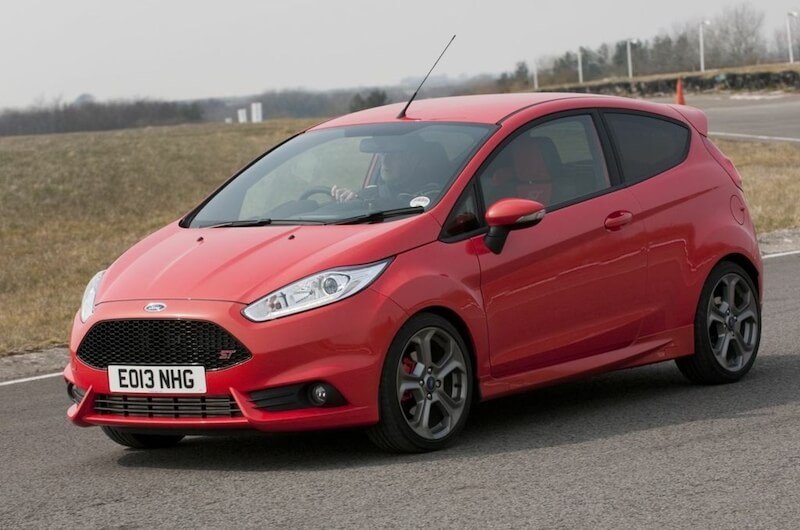 Arriving in 2013, the Mk7 Fiesta ST had a turbocharged 1.6-litre which produced 178bhp, with 197bhp available with its ‘overboost’ function. Ford boffins had also lowered the suspension by 15mm and fitted rear disc brakes alongside torque-vectoring tech. 2016 arrived, and power was upped to 197bhp with 212bhp on ‘overboost’. In addition, it boasted tweaked steering and damping anti-roll bars, but if you had already bought the 180bhp, you could chuck some money at Mountune Performance who would boost the output to 212bhp. Earlier cars can be had from £5,500 while ST-200 models start at £9,500. 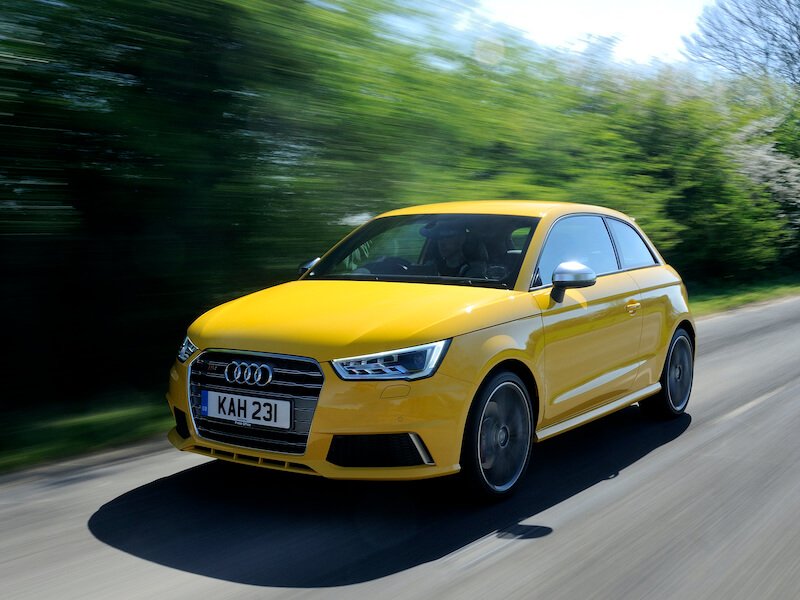 Small, Quattro four-wheel drive, 228bhp and a six-speed manual gearbox, what’s not to love? For those not ready to take the step to the bigger S3, or for those who fancied something different, the S1 offered peak small hot hatch fun. A clever Drive Select mode meant artificial weight to the steering was added, the dampers stiffened and the exhaust valve opened which encouraged you to push it to its limit. Various engine upgrades could see over 300bhp; however, it is recommended to change the clutch if this is the intention. Early cars start at £13,000 with newer models demanding £22,500.