Mike Brewer Motoring takes a look back at the Honda Civic Type R. 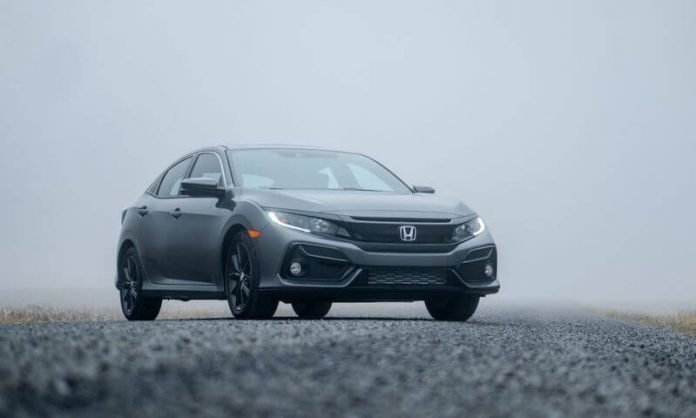 The brilliant Honda Civic Type R is 25 years old, and now we’ve got a new model. 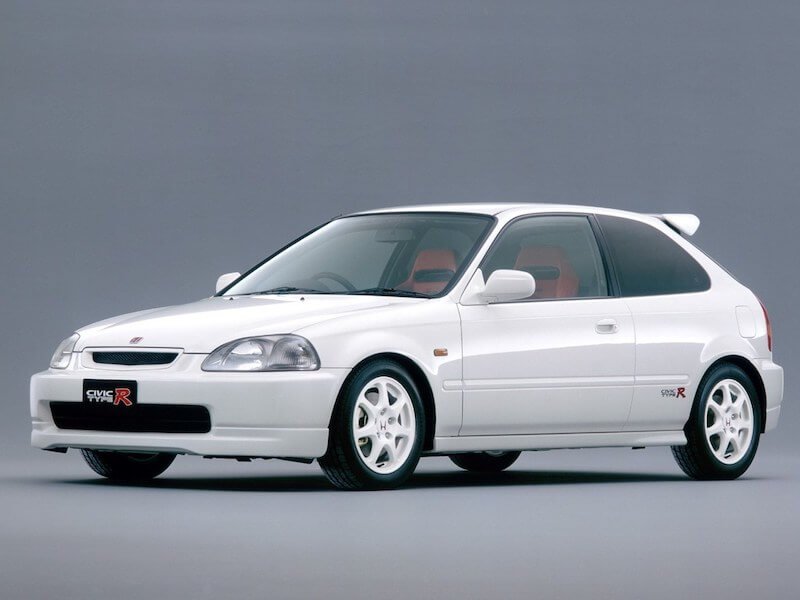 This was the first Civic to wear the Type R badge, but it was one the UK missed out on.  That was a shame as it featured a mouth-watering specification, not least of which was the 1.6-litre VTEC engine that made 183bhp and revved to a spine-tingling 8200rpm! 0-60mph was over in just 6.7 seconds so it was a long way from the genteel family hatchback, as was the lightweight seam-welded body shell and limited-slip diff. 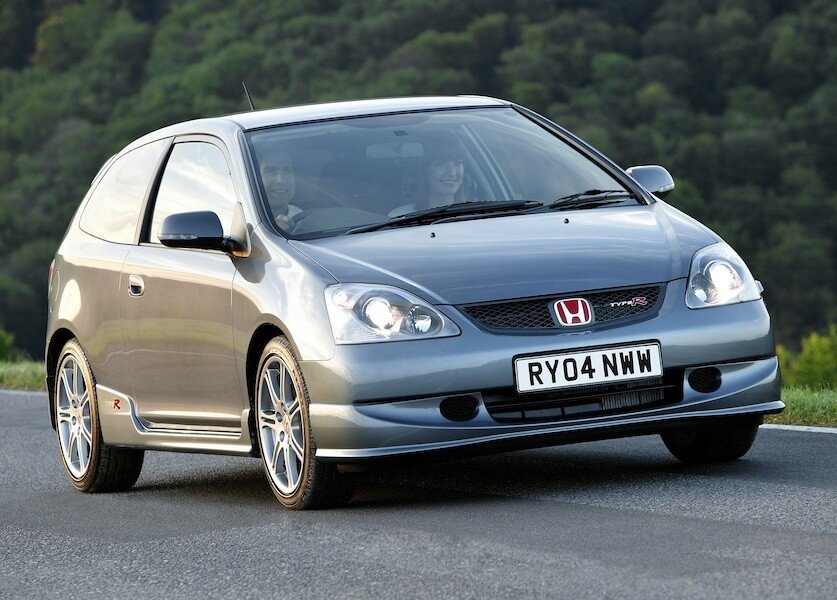 Now this Type R we did get, and while it looks understated by today’s standards the subtle appearance hid a great hot hatchback. Under the skin was a 2.0-litre i-VTEC engine making 197bhp which drove the front wheels via a close-ratio 6-speed manual gearbox. Good for 0-60mph in 6.5 seconds, that pace was backed by uprated suspension and brakes and pin-sharp electric power steering. A brilliant modern classic, it was built in the UK, too. 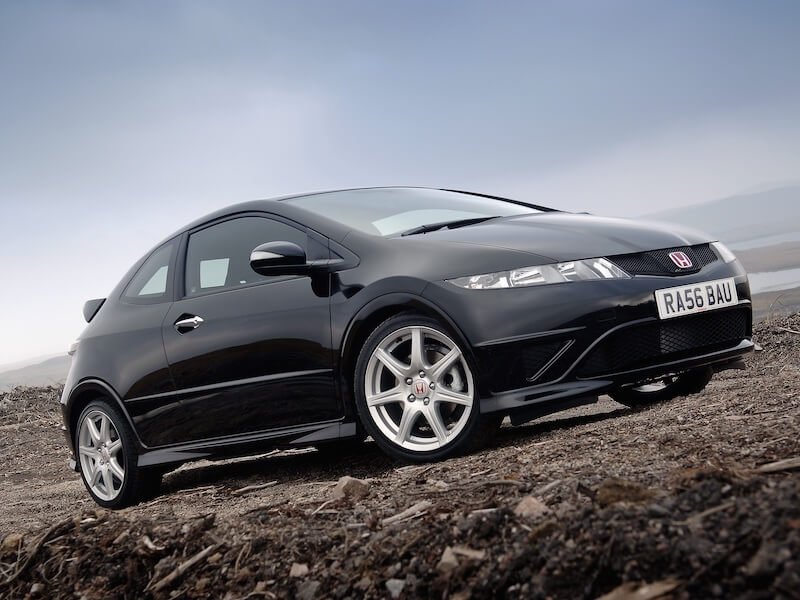 For the third generation the Civic went a bit space-age, inside and out, but even if the looks didn’t appeal it was a cracking hot hatch. Retaining the same engine as its predecessor – with an extra 1bhp – there was no shortage of performance, and it handled well despite a swap to a less sophisticated torsion beam rear axle. And the FN2 generation was notable for being the last of the normally-aspirated Type Rs. 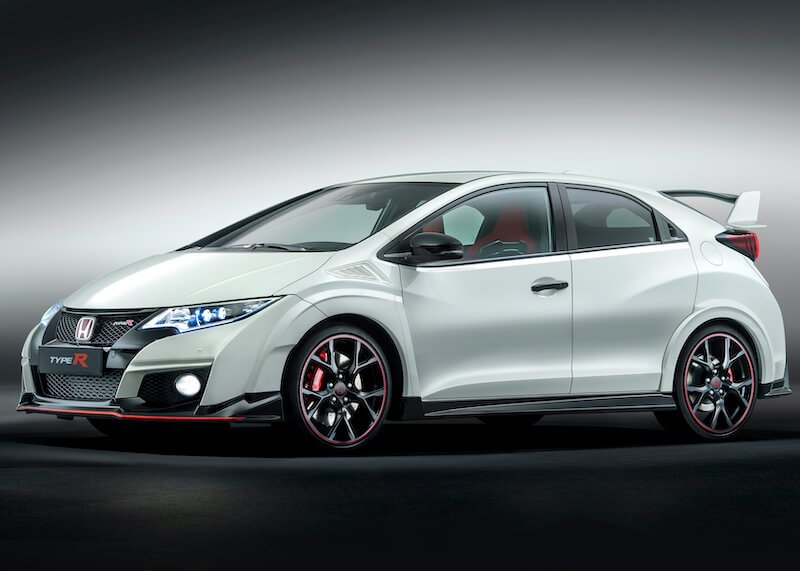 The first model to get a turbocharged engine, the 2.0-litre unit certainly packed a punch with a whopping 306bhp. It was enough to shove this Type R to 62mph in 5.7 seconds. Helping to keep that performance under control was a special Dual Axis Strut suspension set-up, a limited slip differential, and beefy brakes. There was more extrovert looks, too, not least of which was a towering rear spoiler. 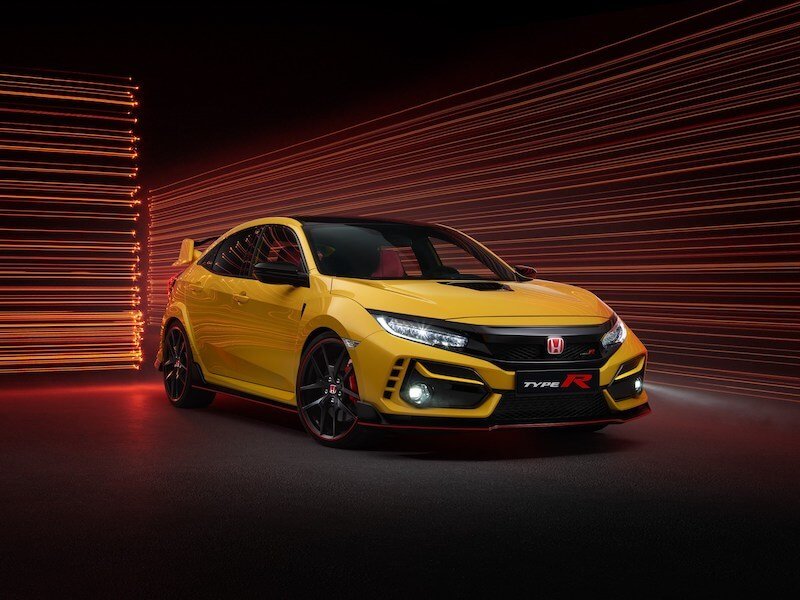 A formidable hot hatch, an increase in power to 316bhp made this the fastest generation yet with a top speed of 169mph. The big rear wing, 20-inch alloys and bonnet air scoop ensured it looked the part, and it also featured an advanced aerodynamic package along with adaptive dampers. A better-equipped GT model was available, too, but equipment levels weren’t really important when a car was as dynamically sharp as this one. 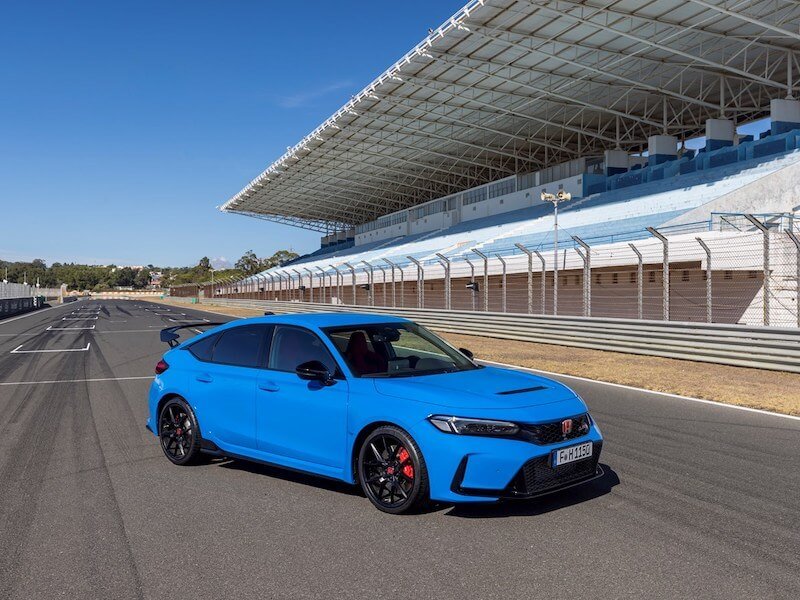 We’ve arrived at the brand new model, and it promises to be a cracker. The styling has been toned down a little compared to the outgoing car, but Honda certainly hasn’t diluted the action under the bonnet. The 2.0-litre turbo motor makes 325bhp which means 0-62mph in 5.4 seconds and a top speed of 171mph. It’s not cheap at £46,995, but it is probably the last Type R to use internal combustion.