We've got a lot to thank the directors and stunt drivers for. 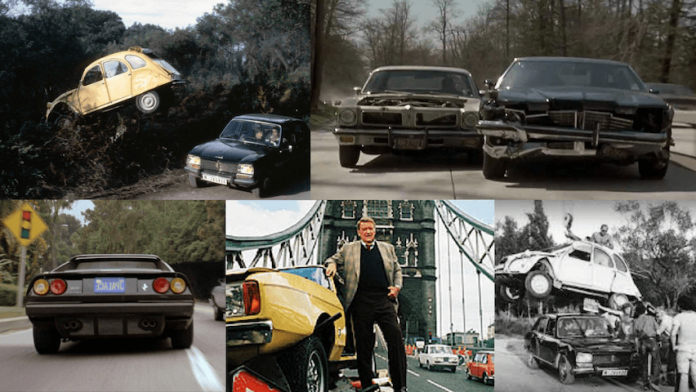 We all get a kick from sitting on the edge of our cinema seats, heart racing, watching the car chases, the collisions, the leaps we’d never survive. It may not be real life but that doesn’t make the action any less risky for the teams performing the stunts for our enjoyment. Here’s our friends at Lancaster Insurance’s Best of Film Motoring Stunts.

This is our tribute to some of the best motoring stunts on screen and the finest stunt professionals in cinema, whose work involved incredible degrees of skill and professionalism – and no CGI. Many names will be instantly familiar – Rémy Julienne, Carey Loftin, Bill Hickman, Lada St. Edmund, Peter Brayham, Rocky Taylor and Joe Wadham. We have already featured Duel and The Italian Job, and we will be showcasing many more car-related films later this year. But for now – don’t try any of these sequences at home… 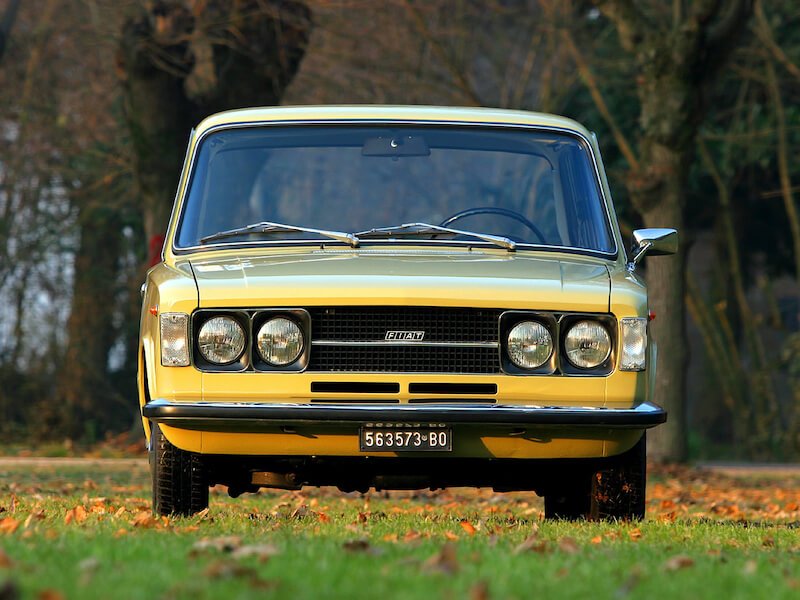 Another masterpiece from the great Rémy Julienne, who believed in making ordinary cars do the impossible. As proof, The Burglars has the Fiat and a 1965 Rekord careering through Athens. The great man later recalled the city authorities “let us do whatever we wanted” while the leading actor Jean-Paul Belmondo “went down a staircase of 300 steps in a car. He was doing things that I wouldn’t have asked a stuntman! He was not afraid of anything and always wanted to do more”. And Fiat could not have wished for better product placement for their recently launched 124 Special T. 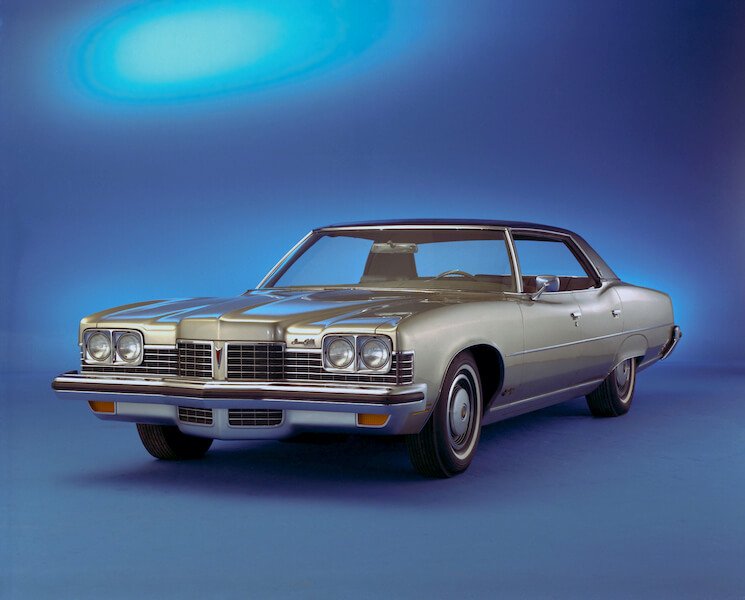 Bill Hickman in a 1973 Grand Ville and another stunt ace Jerry Summers doubling for Roy Schneider in a 1972 Ventura – and the result was ten minutes that, in many respects, has never been surpassed. The director Phil D’Antoni placed the cameras as near to the cars as possible; the moment a door is knocked off an Opel Kadett B Station Wagon put the crew in real jeopardy. The drivers were instructed not to exceed 45 mph, but the Pontiacs frequently travelled at 70 mph. As for the moment where the Grand Ville collides with a truck, the production team feared for Summers’ life. 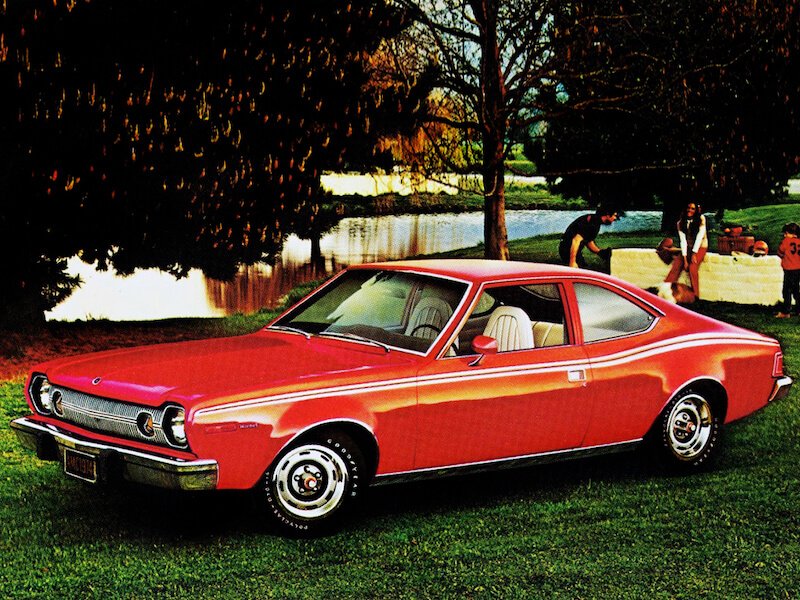 Golden Gun was also the first picture to employ a computer model for a stunt. The HVOSM (Highway Vehicle Object Simulation Model) programme calculated almost every detail – that the AMC’s ideal speed should be around the 40 mph mark, the roll velocity needed to be 230 degrees per second, plus the launch angles and return ramps. The film also provided AMC with invaluable publicity and supplied the Matador squad cars. Incredibly, the jump was achieved in only one take. So – who decided to ruin the impact of this ground-breaking scene by overdubbing a Swanee whistle…? 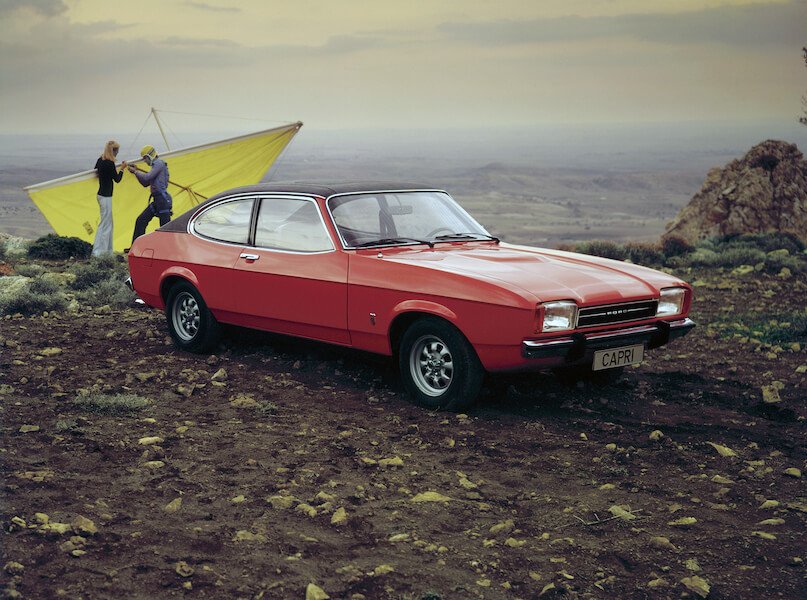 John Wayne’s sole UK-based film is best recalled for the moment when the stunt maestro Peter Brayham, doubling for James Booth, drove a 1966 Jaguar over Tower Bridge – where would British cinema of the late ’60s and early ’70s have been without the S-Type? This achievement made the authorities understandably irate as he did it without permission; the film’s star had to appease the Met. Police. Wayne was unable to cope with a manual gearbox, so Frank Henson took the wheel of the Ford PR fleet Capri to the edge of the bridge “and reversed it down it at speed, all the time looking ahead”.

N.B. The dialogue inside the Capri is partially ad-libbed, and Mr. Wayne came up with the idea of the door falling off. 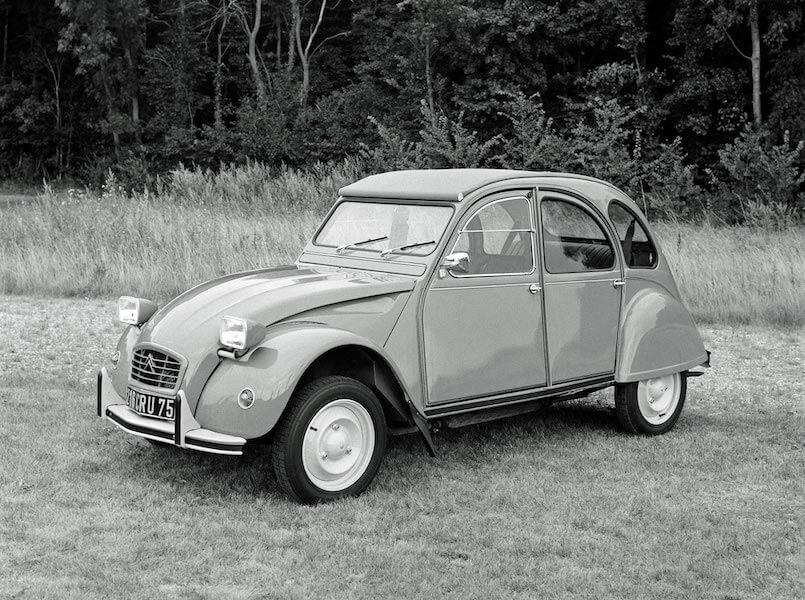 When the twelfth 007 film producers asked M. Julienne, “what the most ridiculous car would be for James Bond to drive and still cause panic with the villains?” his reply was – “the 2CV”.

The chase scene was filmed in 1980, with Corfu doubling for Spain. Julienne employed a fleet of Mimosa Yellow Deux Chevauxs, equipped with roll-cages and powered by GS engines, he also chose the Peugeot 504 as the villains’ transport as they were more able to cope with the island’s roads than a Mercedes-Benz. Roger Moore stated this was one of his favourite Bond scenes, as 007 relied on his wits rather than gadgets. 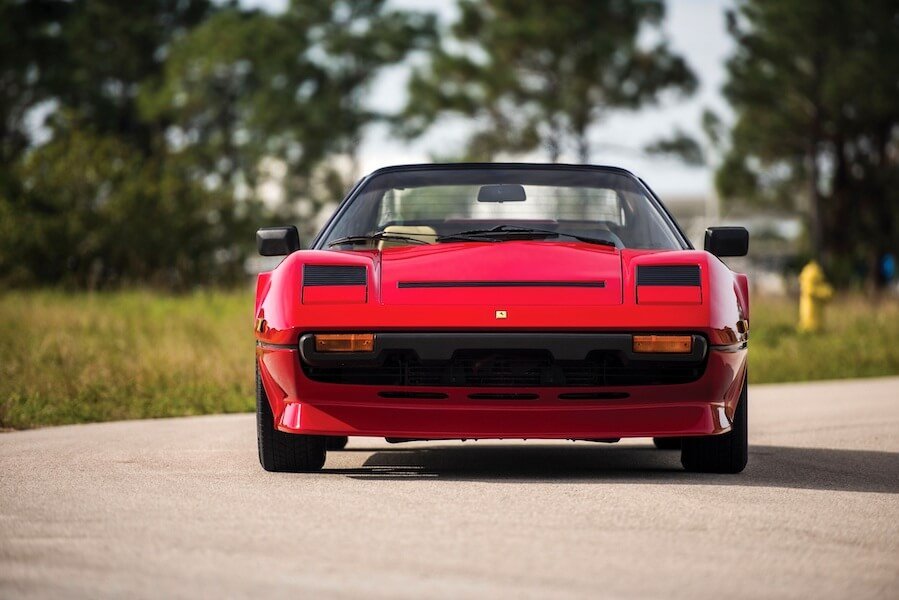 The film elevated Jeff Bridges to stardom and featured an uber-1980s pursuit along Sunset Boulevard between a Ferrari and a 911 Cabriolet. Carey Loftin, of Bullitt and Duel fame (he was aged 68), drove the former while the stunt coordinator Gary Davis was in charge of the red Porsche. The scene resembles a pilot for Miami Vice, and there is an incredible supporting cast of background vehicles from a 924 and a Jaguar XJ6 Series III to a VW 181 ‘Thing’. 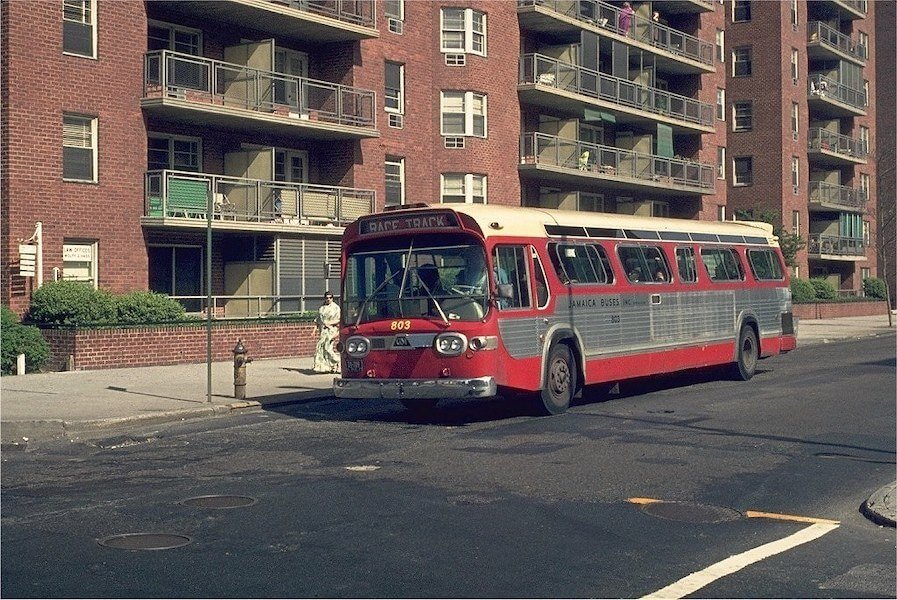 Or possibly the greatest public transport film since Live and Let Die; we will ignore Holiday on The Buses.

The director Jan de Bont stated, “I had to cast the bus as much as I had to cast the actors” so he opted for an elderly Santa Monica line vehicle. Speed used GMCs, one of which was fitted with a plexiglass front to give the camera a better view of the leading actors, and most of the driving scenes were shot on an unopened Los Angeles Freeway.

N.B. Do not watch this film directly after viewing a certain episode of Father Ted… 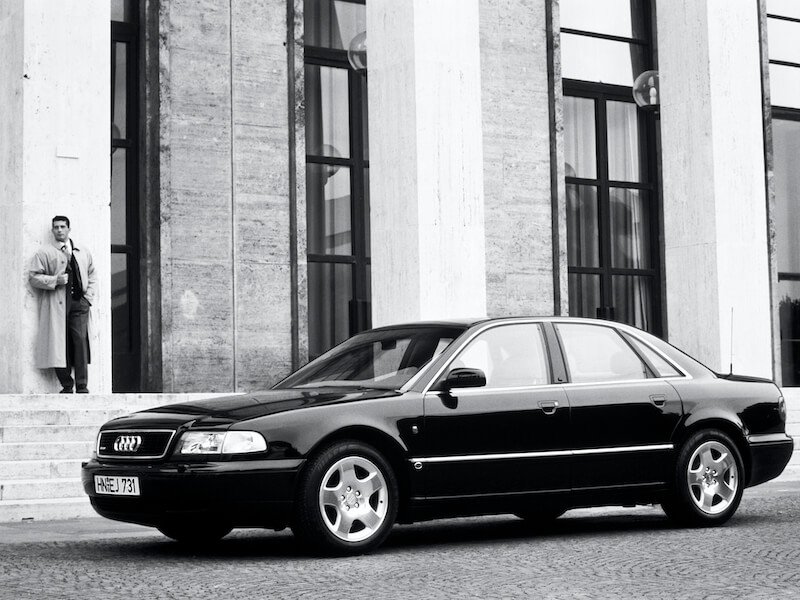 To quote the director John Frankenheimer – “Everything you see, we really did”.

The Champerret Tunnel pursuit was staged at night, with Jean-Claude Lagniez of the ‘Cine-Cascade’ team in charge of the stunts. He cited the Paris sequence, where the BMW and the Peugeot go against the traffic flow, as his favourite; having rehearsed it on a Saturday, it was shot in just four hours the following day. “We had 100 drivers, all of them racing professionals. We knew they wouldn’t panic”. 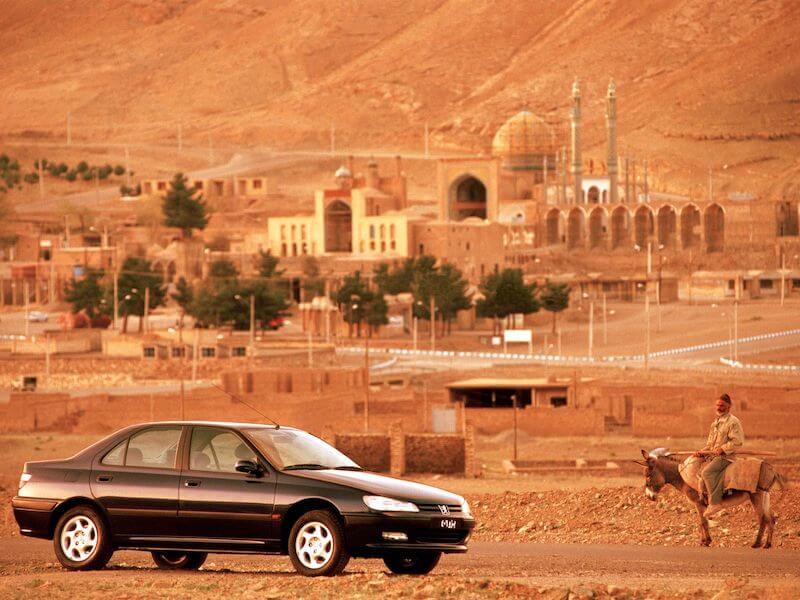 A comedy film shot in just 30 days (even the Carry Ons had a longer schedule) – and which spawned a franchise. One hundred cars were employed in the making of Taxi, and its pace is relentless; you really can imagine a 406 is capable of travelling at the speed of sound. A must for fans of Peugeots (including a very rare 605), Renaults (an even rarer first-generation Series I) and car chases in general.

N.B. Many fans advise giving the Hollywood remake a miss… 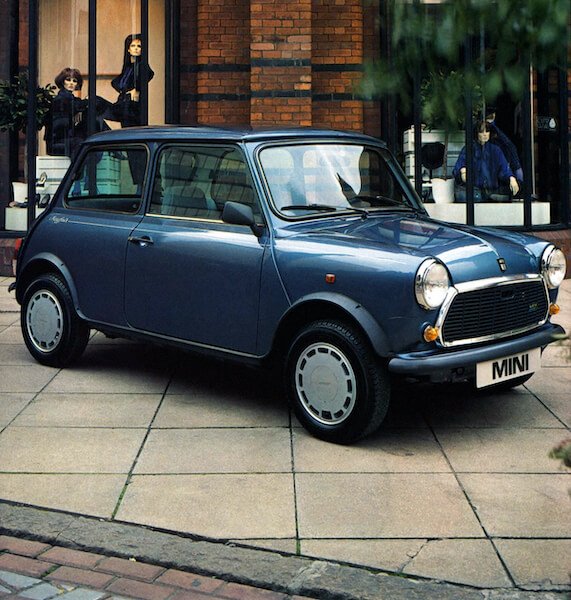 The sight of Jason Bourne careering down a flight of steps in a Mini is one of the most memorable sights of early 21st-century cinema. The stuntman Romain Thievin understandably won an award for his work on the picture, with four or five vehicles sacrificed during the shoot. Meanwhile, the other cars remind how distant the early 2000s now seem, such as a Ford Sierra Mk. II. Ironically, in Robert Ludlum’s novel, Bourne holds Marie hostage and forces her to drive him out of Zurich.

Andrew Evanson, Senior Operations Manager for Lancaster Insurance, said: “Just reading through this article has made me feel nostalgic, there are some fantastic movies featured here and a great collection of classic cars to go along with it. The 2CV that ‘starred’ alongside Roger Moore in For Your Eyes Only brings back fond childhood memories of watching the film.  I just hope all of the 2CV Owners we insure through our long association with the owners club look after their vehicles and drive more carefully that Bond did!”