From Ford Cortina to Jaguar E-Type, spies have driven them all. 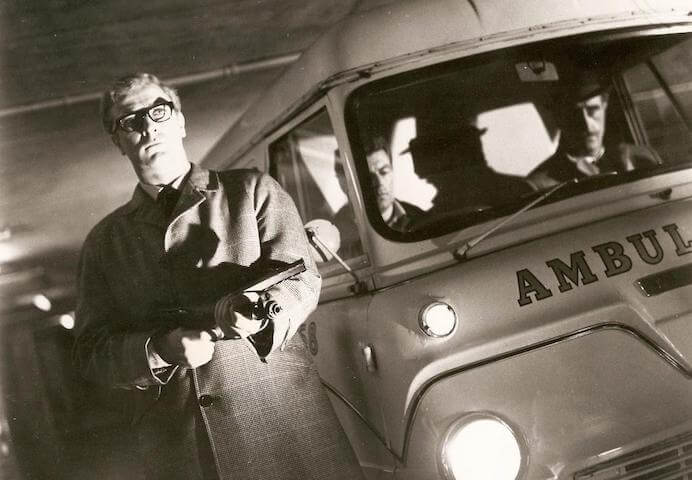 The recent television adaptation of Len Deighton’s The Ipcress File provides another excuse to re-watch many spy dramas of the past five decades – including the original film version. Here’s our friends at Lancaster Insurance’s Best of Spy Film Cars.

We could have included The Deadly Affair, with its MG Magnette Varitone, Guy Ritchie’s adaptation of The Man From U.N.C.L.E or even Graham Hill’s cameo as a helicopter pilot in Caravan to Vaccarès. The 007 films are a genre in their own right and so we are concentrating on a realm of rain-coated spies in mass-produced cars uttering the familiar line “Yes, Control”. 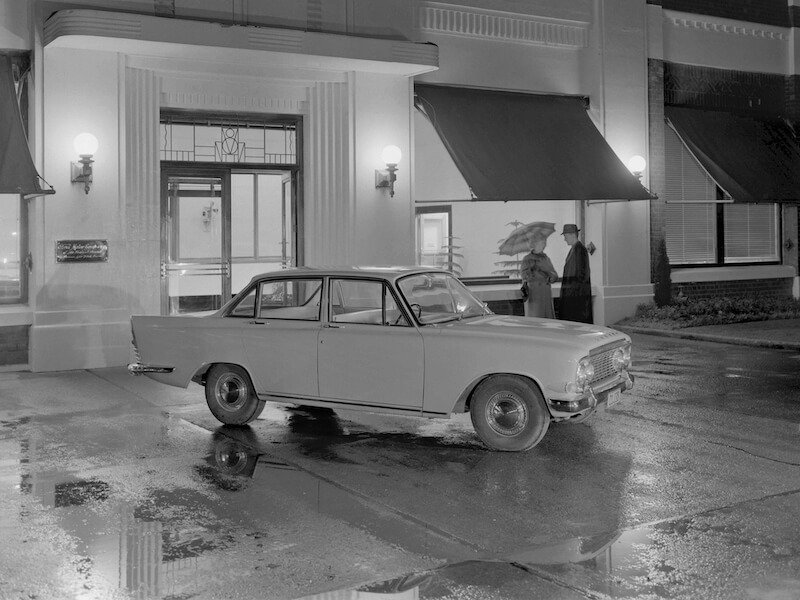 Or the film that launched Michael Caine’s career as a film star; he was given an ‘Introducing’ credit for Zulu.

Ford GB provided Harry Palmer’s very early Zodiac Mk. III equipped with a special laminated windscreen for the assassination scene in Upper Thames Street. Fellow-agent Carswell drives a Jaguar Mk.2 3.4 while Major Dalby – “listen to me… only to me” – favours an MGB Roadster. A second prominent Dagenham vehicle is the Thames 400E employed by MI6. The fleet for ‘The Other Side’, includes a Bentley R-Type Continental with H.J. Mulliner coachwork and a Mercedes-Benz 190D ‘Binz’ Ambulance. N.B. All BMC enthusiasts will also be impressed by the Special Branch Austin A99 Westminster and A55 Mk. II Countryman. 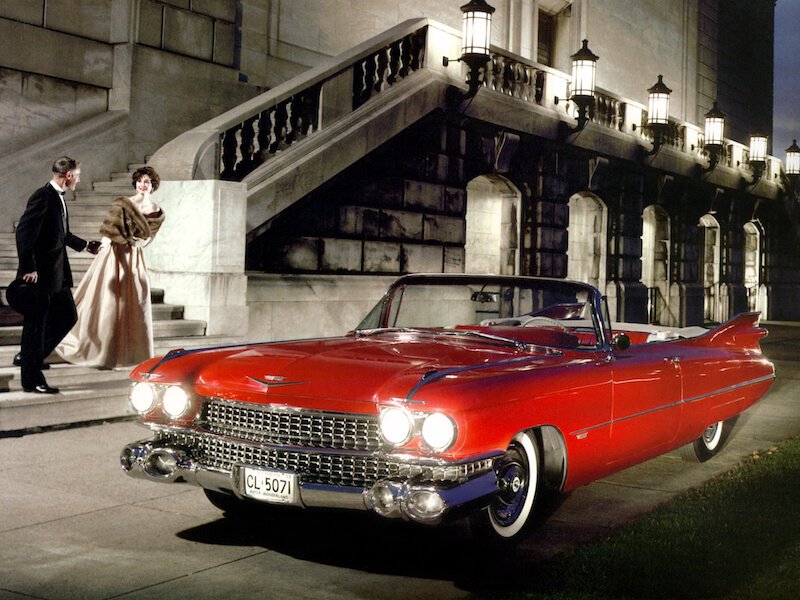 The setting of the second Harry Palmer film Berlin, with most of the ingredients for a successful Cold War drama. Naturally, trench-coated individuals lurk in alleys, Mercedes-Benz “Fintails” cruising along darkened streets and some fine Eastern Bloc machinery. The DDR Volkspolizei arrests our hero in their EMW 340; a pre-war BMW 326 made by the Eisenach factory and reserved for the East Berlin party elite.

As for Colonel Stok, his staff car is a rather magnificent Horch P240. Never trust anyone in Funeral in Berlin who drives a second-hand Cadillac Series 62… 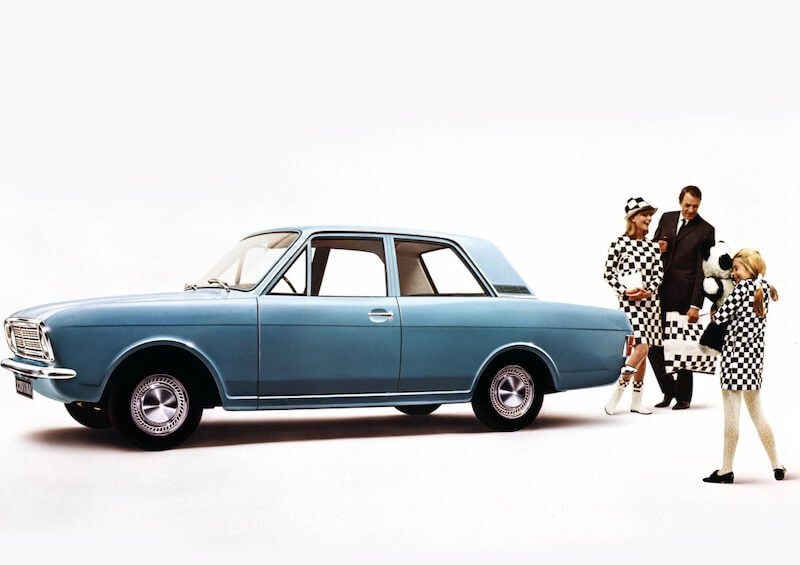 Popular belief is that Get Carter was the first Michael Caine picture associated with the Cortina Mk. II, but that honour goes to the third Harry Palmer film. Ford supplied the 2-door De Luxe driven by our hero; obviously, his commanding officer Colonel Ross was never going to issue him with a Super or a GT. The company also provided a Mustang and the Zodiac Mk. IV limousine for senior British officials. The last-named was apparently a one-off made for the film, and it greatly suffered on location at a UK airbase doubling for a lake in Finland. Salt covered the ground, and, as the story goes, it returned to Dagenham two inches lower in the middle.

The Quiller Memorandum 1966 – Porsche 365B Cabriolet 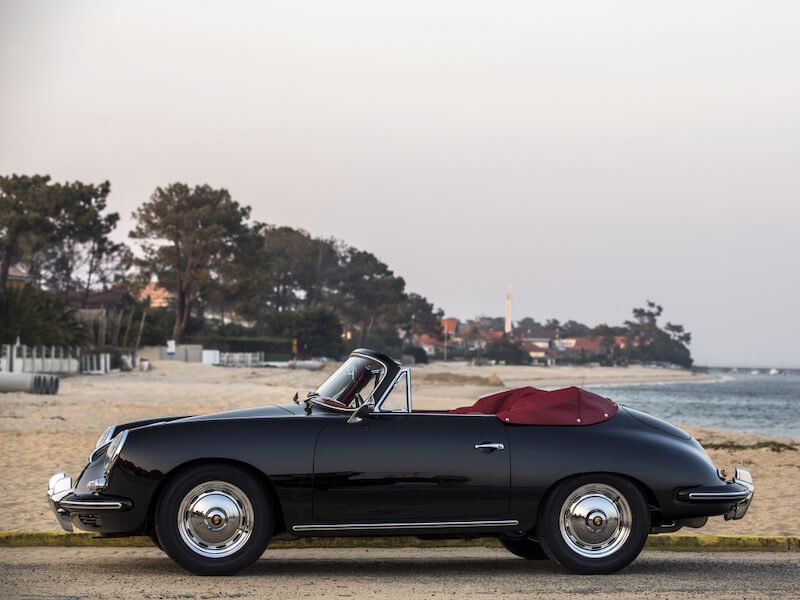 A picture that must rank as one of the best post-war spy films – and with an incredible array of cars. The Neo-Nazis use a Mercedes-Benz 300d ‘Adenauers’, and George Segal’s hero favours a Porsche 356b Cabriolet and a Mercedes-Benz 220S ‘Ponton’ Cabriolet.

Above all, the street scenes of West Berlin are remarkable, with any number of Ford Taunus 17Ms, VW Karman Ghias, BMW ‘Baroque Angels’ and Opel Admirals As. As none of these vehicles were exactly familiar sights in the UK, the entire film is an opportunity to become immersed in another world…

The Day of The Jackal 1973 – Alfa Romeo Giulietta Spider 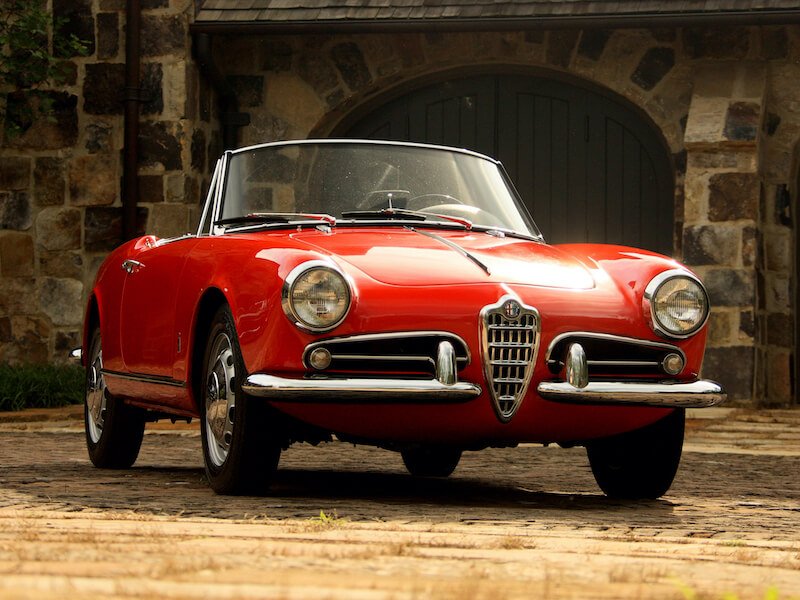 Or a hitman drama with many of the tropes of a spy film.

Pedants may note the remarkable number of late 1960s and early 1970s cars in ‘1963’; the Opel Rekord C, the Peugeot 204 and the Renault 6 to name but a few vehicles. They may also care to point out that not only is The Jackal a top international assassin, but he can also carry out an emergency respray of his Giulietta Spider with remarkable ease. However, none of these points can detract from one of the greatest thrillers of the decade. Plus, those police 403s for all Peugeot devotees and all of those black Citroën DS19s. 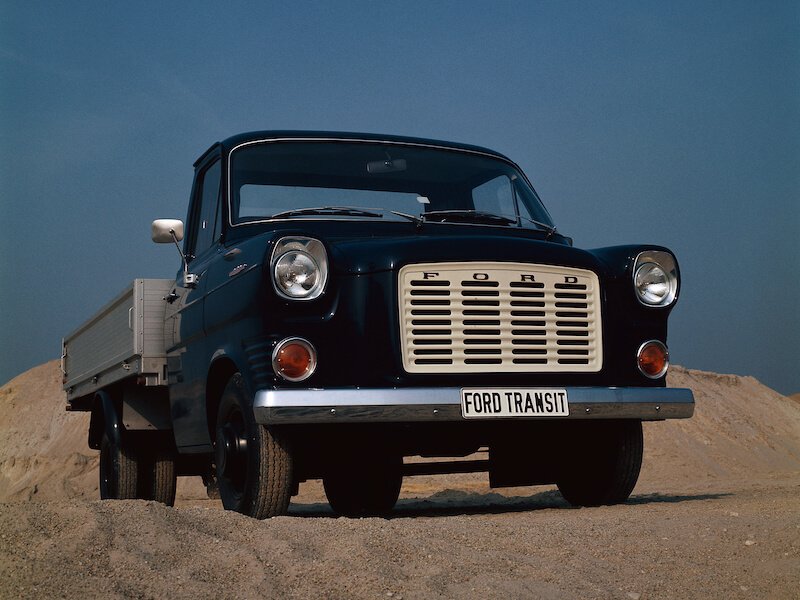 Paul Newman’s ‘Australian’ accent is on a par with Dick Van Dyke’s cockney, but the chase between his down-at-heel Transit and the villains’ Mercedes-Benz ‘Fintail’ 230S at Galway Bay makes the film worthwhile.

The film’s locations include London, Liverpool, Ireland and Malta, with shots of a handsome Rolls-Royce Silver Shadow Series I arriving at the Customs House in Valletta. Background machinery includes a Fiat 128, FX4 taxis, any amount of 1960s and 1970s machinery – and a menacing Rover P6B 3500… 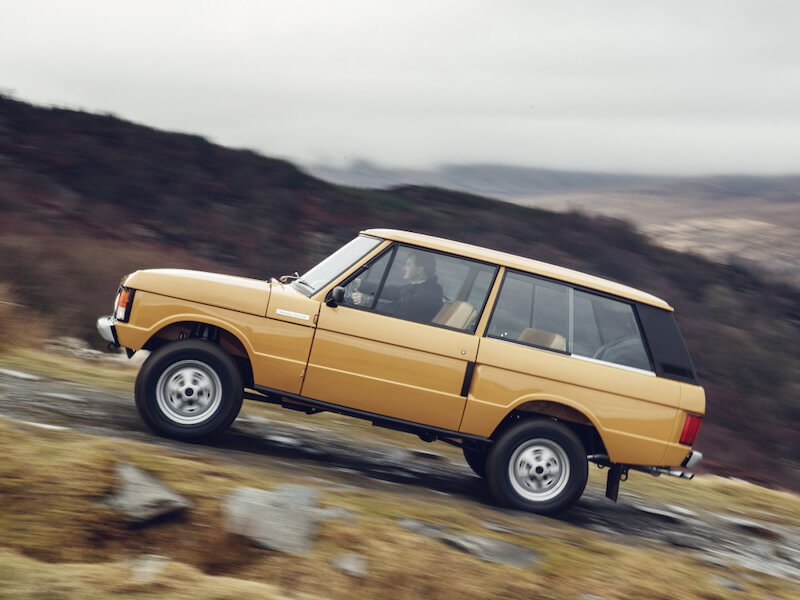 As any true enthusiast of British cinema will tell you – when a top international gangster climbs behind the wheel of a battered 1964 S-Type it is doomed. The Jaguar may wear false 1969 number plates but has clearly seen better days and is no match for David Callan’s Range Rover. The film is an adaptation of the 1967 pilot episode, and the chase belies the limited budget, even if fans of Browns Lane car may wish to look away at the level crossing scene. 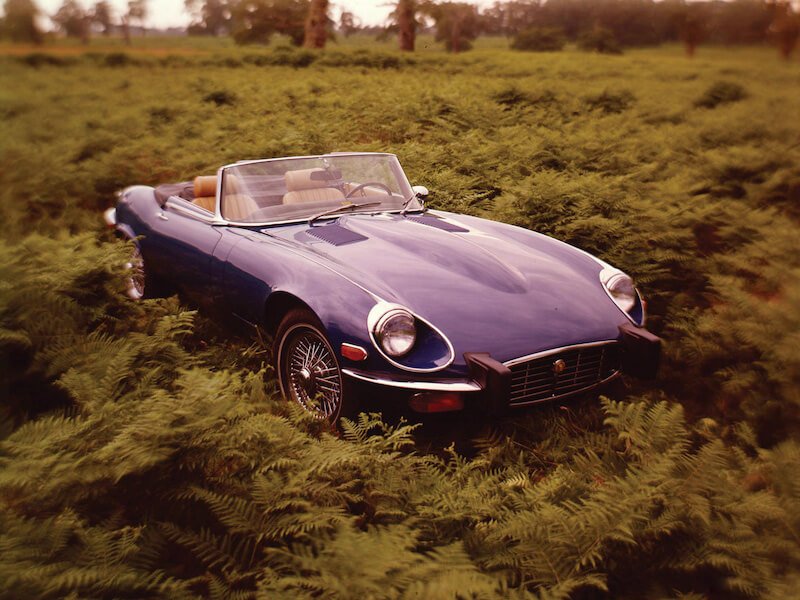 This is not just one of the worst spy films in the history of cinema; it is also one of the worst films in the history of the world. Several members of the cast are outacted by a Ford Escort L Mk. II and an Austin FX4. The only saving grace is the E-Type Series III Roadster driven by ‘Charles Bind’ (played by a mortified-looking coffee advert king Gareth Hunt). The Jaguar has the ability to fly, via the camera tilting at an angle in mid-chase. The observant will also notice how unfortunate Jaguar manages to transform a MG Midget Mk. I post-mortar explosion. This is all par for the course for a film by Lindsay Shonteff – the man whose usual budget was about £2.76. 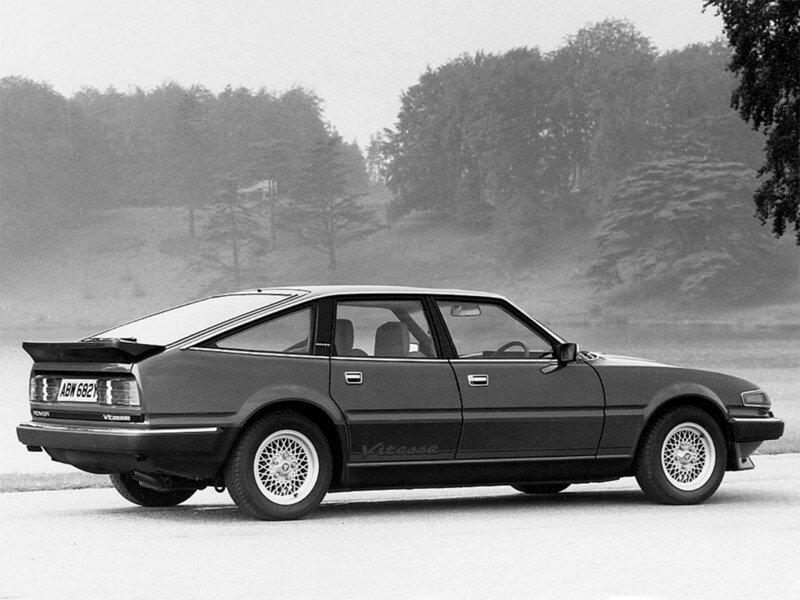 An interesting late-vintage Caine spy narrative with a pre-007 Pierce Brosnan and a magnificent SD1 Vitesse. Rover enthusiasts will probably notice it sports the wrong alloy wheel, the lack of a rear spoiler, an incorrect interior, and a six-cylinder engine note in one scene. Such details are typical of many a film, and the viewer can at least distract themselves with the Ford Escort XR3i Mk. IV Cabriolet, the imposing GAZ 14 Chaika and the somewhat more sensible Austin Montego HL. And the scene with the Rover arriving at St. Pancras station is a stand-out moment. 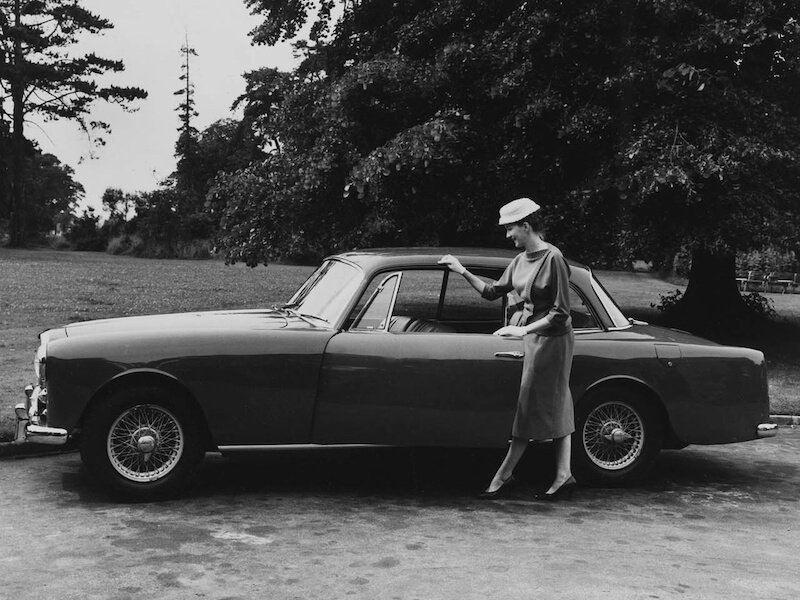 The setting is 1973, with a remarkable array for period cars, from the Citroën DS21 and the Peugeot 404 to the Vauxhall Viva HA and the Moskvitch 408. The ZAZ 968 A Zaporozhets may be a 1975 model, and the Wartburg 353W may date from 1981, but this adaption of John le Carré’s novel really does capture the grimness of the early 1970s. Jim Prideaux’s Alvis TD21 is a car of beauty plus full marks for Tinker Tailor for finding that ultra-rare Volvo 142. Watch out for an interview later this year with the owner of that Chrysler 2-Litre.

Andrew Evanson, Senior Operations Manager of Lancaster Insurance, said: “Whilst I’m clearly far too young to remember most of these films from the first time around they are true classics, much like the cars that starred in them.  At the time of filming the cars were mostly fairly new so wouldn’t have been treated with the love and care that enthusiasts bestow on these in current times!  Even if you’re not a fan of spy films these are well worth watching just to see the amazing variety of cars in them.  These are true classics so well worth exploring an agreed value policy with a specialist such as Lancaster Insurance.  This will ensure the true value of the car would be realised should the worst happen.”