FeaturesBest of & Buyers GuidesBest used cars for first-time drivers under £5,000 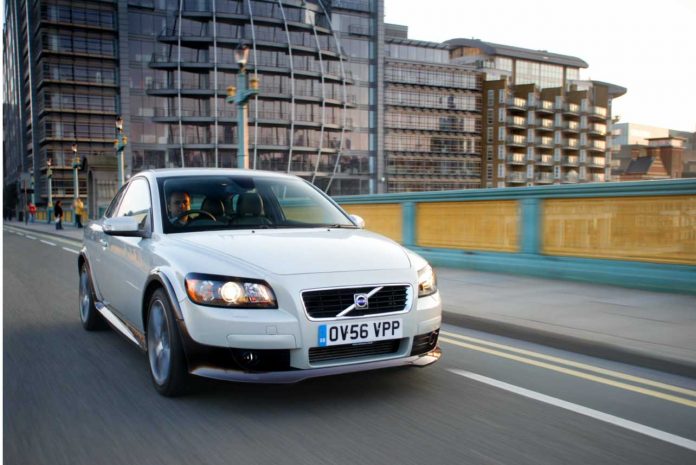 Just passed your driving test? Here are the best used cars to look at for under £5k

Passed your driving test recently? First of all, congratulations. Second, you’ll probably be wondering which route you should take for your first car.

There are some brilliant deals around on brand-new cars, especially if you opt for the finance route – but for most, the first car is a used model, purchased outright with savings and perhaps with a bit of help from mum and dad.

The ideal first car has a few factors. First of all, it should be easy to drive for a newly-minted motorist – nobody wants to step out of their test and into something that’s difficult to manoeuvre. It should also be cheap to maintain, repair and — most crucially — to insure. Premiums on young drivers are the highest in the business, and key to keeping prices down is buying a car in a low insurance group.

But that doesn’t mean your first car has to be a dull, three-cylinder city car that only sets pulses racing if it’s about to crash. In fact, many brilliant cars can be had that fill all of these criteria. We’ve rounded up some of the best here, each of which should cost less than £5,000 to buy in good condition.

Ok, so the Ford Fiesta is an obvious choice as a first car — but there’s good reason for that.

Britain’s best-selling motor offers anything any new driver could need — good styling, fun driving dynamics and strong levels of equipment at a reasonable price. Insurance costs are low for smaller-capacity engines, and thanks to wide availability, parts are easy to source and cheap to buy. It could just be the perfect package. If retro styling alongside decent build quality appeals to you, then look no further than the Mini. Yes, it may pack a more powerful engine — the age of car we’re looking at in this budget has a 1.6-litre unit — and this may make insurance premiums slightly more costly, but accept this and you’ll also get a great-handling hatchback with decent residuals. The Mitsubishi Colt may not be a car to win you clout, but if you’re after a good-value machine that’s pretty much guaranteed to never break down it could be the car for you.

High-spec CZ3 models with a low-ish mileage can be had for well under our budget, leaving plenty of room spare for a stereo upgrade, or some dashboard accessories. Plus, as they’re going to run forever, you can expect to sell the car when the time comes for an upgrade without too much of a hit in value. Most two-seat sports cars will be out of reach for a first-time motorist, but the dinky Mazda MX-5 has plenty going for it. First of all, there are the engine choices – nothing bigger than 1.8-litres, and with a decidedly modest amount of horsepower.

Our budget of £5,000 will easily net you a good car without too much of the dreaded rust, and MX-5s are so widely appreciated that there will always be a supply of spare parts. Best of all, some of the earliest models are now old enough to qualify for cheap-as-chips classic car insurance. The Volkswagen Lupo was one of the first of a new generation of compact ‘city’ cars, and it executes this in typically efficient, well-built Germanic style. It’s a dinky little thing, the Lupo, but this means it’s dead easy to park, while light steering and a range of peppy engine make it ideal for urban driving. There’s a diesel available but it’s a non-turbocharged powerplant and will therefore take a glacial 16 seconds to hit 60mph. The GTI is much more fun if you can afford the insurance. The Chevrolet Aveo is a car you may not have heard of, if you have, probably forgotten about. The generation we recommend didn’t generate a lot of buzz and, with Chevrolet pulling out of the UK in 2015, we don’t hear about them that much over this side of the pond any more.

But from these series of unfortunate events has come some good, because you can now get a used Aveo for cheaper than the equivalent Ford Fiesta or even Vauxhall Corsa. Top-of-the range models come in comfortably under £5,000 — bagging you a touchscreen infotainment system and Bluetooth connectivity, which is almost unheard of at this price. Volvo’s image in past years has very much been that of the dowdy antiques dealer, the geography teacher – perhaps an accountant if you’re feeling really exotic. The C30 was a lone standout, bringing gorgeous styling inspired by the P1800 – yet still sat on a practical platform with a range of efficient engines.

In fact, under the skin the C30 is basically a Ford Focus, so maintenance and running costs should be simple. Insurance may be a little high for a 17-year old, but if you’ve passed your test later in life, it presents a stylish, yet affordable option. Ford’s little city car is a great choice for anyone on a budget. The Ka features a small range of small yet nippy engines that will get you around town effortlessly.

Being Ford’s entry level car means later generations of the Ka can be found well within this budget — while original cars are so cheap, you could easily buy, insure and probably run it for a few years with this kind of money. This retro Fiat is designed for those who want some style with their car; and comes well-equipped with classic Italian flair. It stays true to its roots from the original 500, offering the fashionista image in a machine capable of effortlessly zipping around town.

Thanks to its popularity, there’s plenty of examples to be had an insurance is pretty low as a result of its easy repair costs and wide availability of parts.