FeaturesBest of & Buyers GuidesBest Used Plug-in Hybrids for less than £15,000

You’ll find everything from premium saloons to SUVs

If you’re not yet ready to swap to a fully electric vehicle, but want to save money on running costs then a used plug-in hybrids could be just the thing.

There’s plenty of choice in used plug-in hybrids out there, and that certainly applies when it comes to models where you’ll find everything from premium saloons to SUVs. If you’ve got between £10,000 and £15,000 to spend, here’s our pick of the used plug-in hybrids you can’t afford to miss… 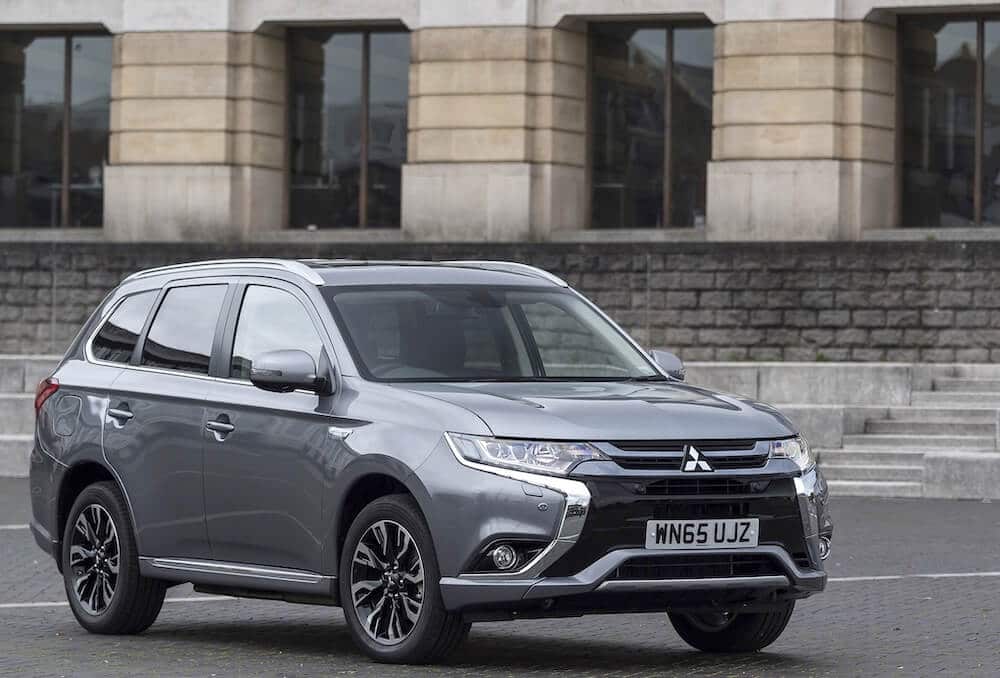 Mitsubishi stole a march on rivals with its plug-in SUV, and it enjoyed strong sales as a result. It won’t get your pulse racing, but it’s a useful device that offers lots of family-friendly practicality – there’s plenty of space for five and a 436-litre boot with the rear seats in place. Plenty of standard kit and durable build quality are further pluses, and around 20-25 miles of electric running is realistic. 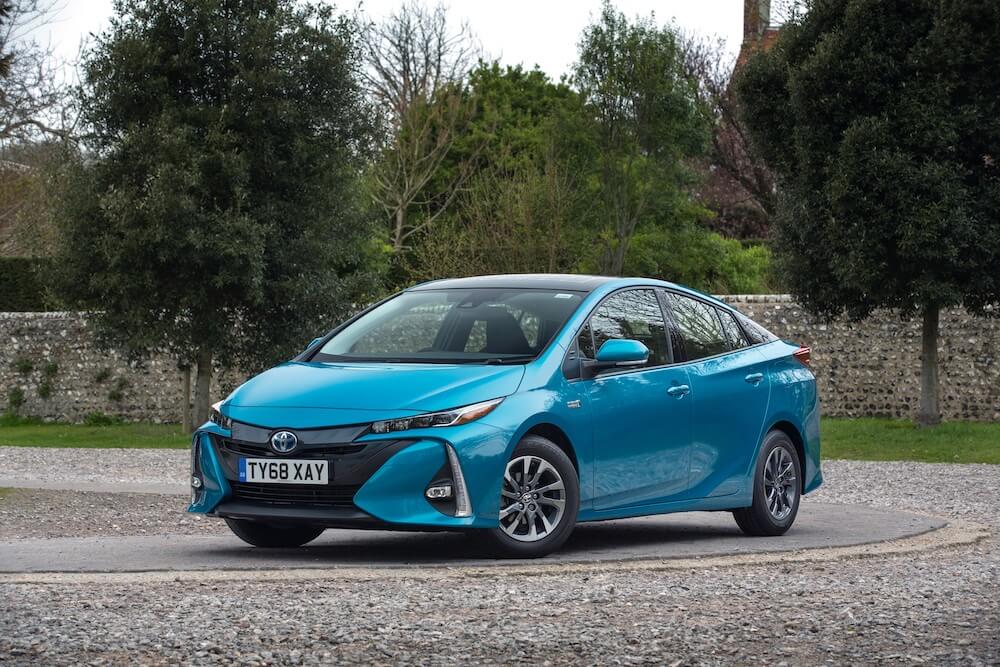 The bold styling is certainly eye-catching, and although passenger and luggage space is a bit tight buyers will appreciate the build quality and reliability. Performance is reasonable with 0-62mph in 11 seconds and it’s refined to drive, but more important here is the 30 miles of electric running and impressive overall economy that helps keep running costs in check. Our budget secures a 2017 model with 30k miles on the clock. 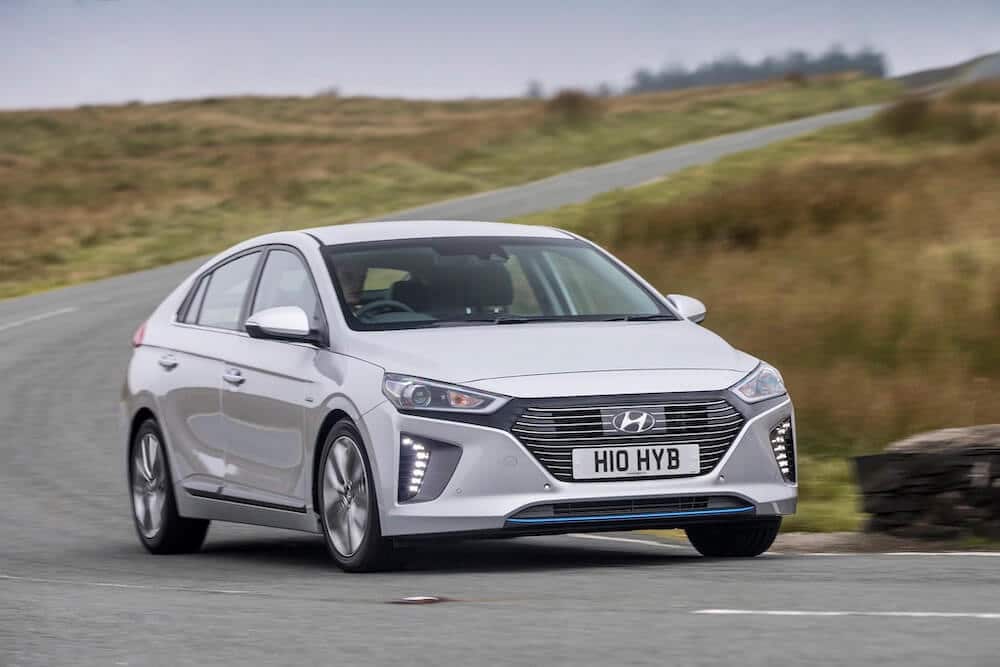 This family hatchback is also available in hybrid or full EV flavours, but the used plug-in hybrid model offers a good blend of performance and frugality. Combining a 104bhp 1.6-litre petrol engine and 60bhp electric motor, there’s a claimed 31 miles of electric-only running alongside which there’s decent refinement and plenty of standard kit including climate and cruise control. Around £13,000 bags a 2017/18 example which is still covered by the original 5-year warranty. 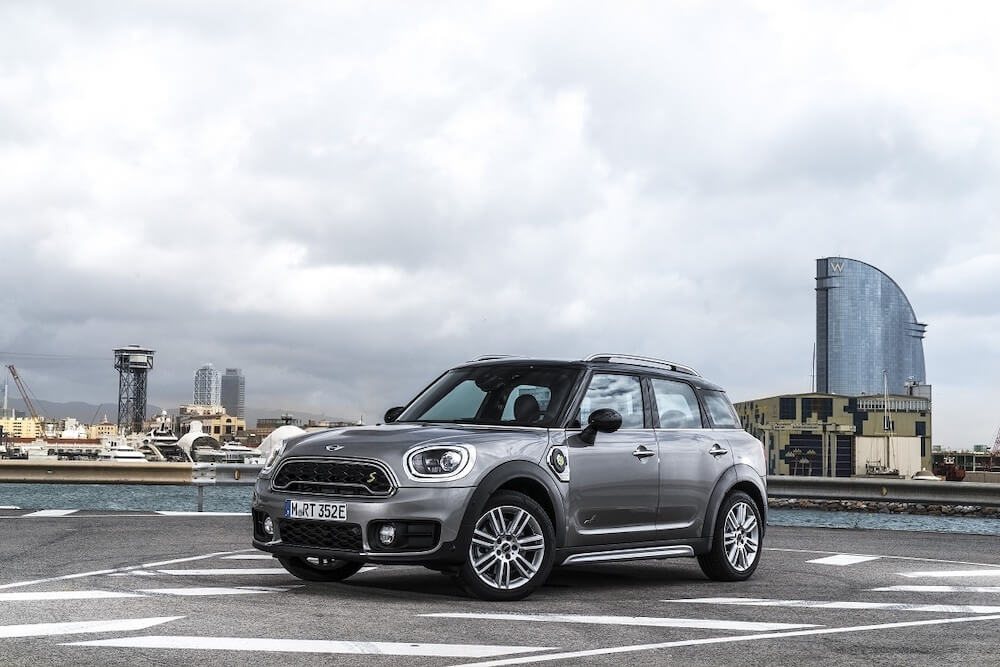 The funky looks inside and out certainly hold plenty of appeal, but it’s not just about style – the big MINI is good to drive, too, with punchy performance and enjoyable handling. Okay, it’s no hot hatch but 0-62mph in 6.8 seconds is lively enough and you should also see around 25 miles of electric-only running. And this is a practical offering, too, with plenty of space for family duties. 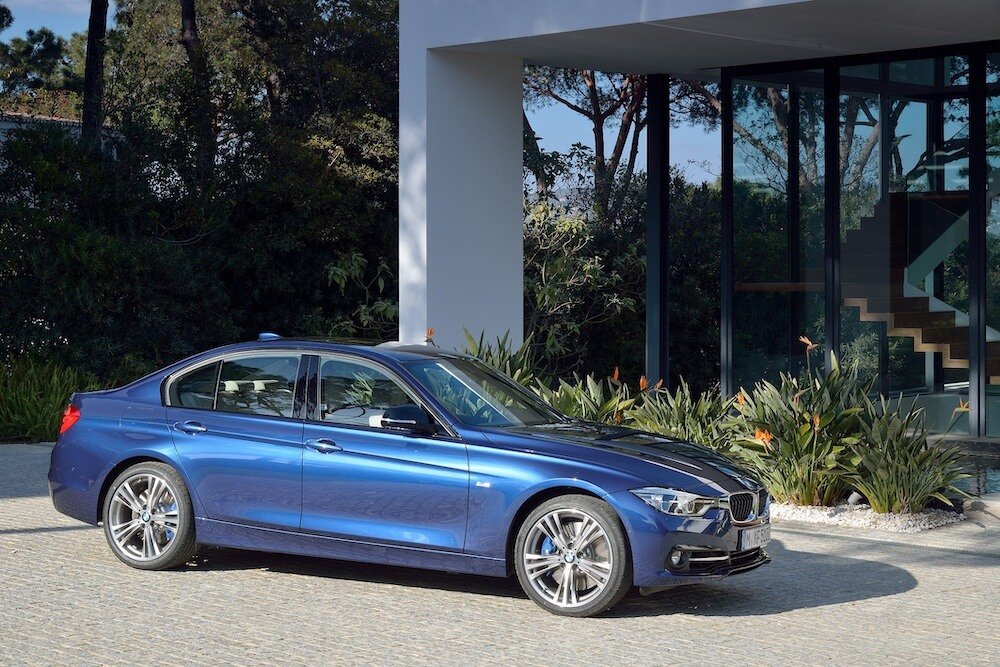 The current iteration costs £40k, but plumping for the previous F30 generation gets you this premium saloon for much less. A turbocharged petrol engine and 87bhp electric motor provide strong performance, while the top-notch interior and slick ride and handling further boost desirability. Comfortable, refined and well-equipped in SE trim only a small boot – 100 litres less than non-electrified models – lets the side down, but this remains a cracking choice. 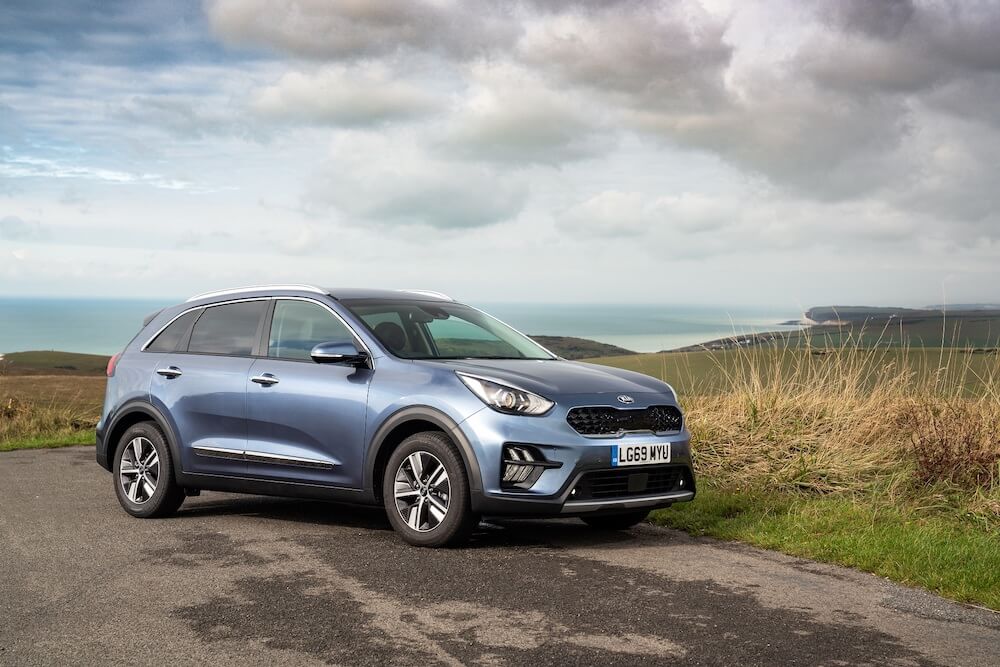 If you’re looking for practical, comfortable and reliable family transport then the Niro should definitely be on your list. There’s plenty of safety tech and an impressive 7-year warranty, and with a total output of 139bhp performance is ample. All versions got plenty of kit, too, and the claimed 31 miles of electric running will keep running costs low. Expect to pay £14,000 for a 2018 car with 50k miles. 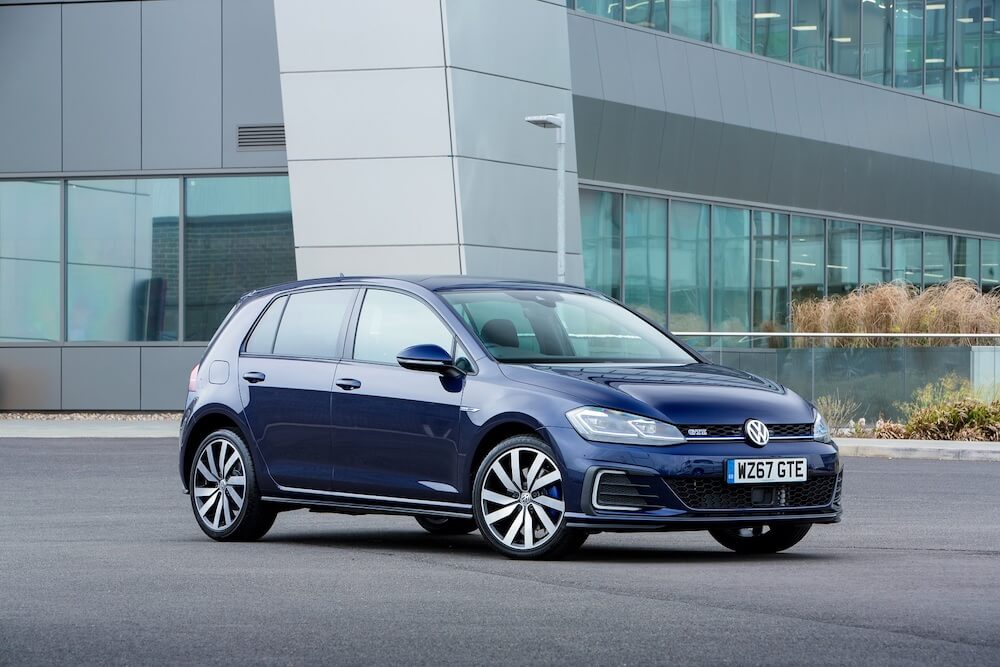 Refined, classy and with strong performance – think 0-62mph in 7.6 seconds and nigh-on 140mph – this plug-in Golf is fast and frugal. It boasts a slick drivetrain, and despite a 230kg weight penalty over the GTI it still handles well. The electric gubbins do impact boot space, however, so practicality takes a hit but with prices starting at £10k for a 2017 example with 100,000 miles it remains very tempting. 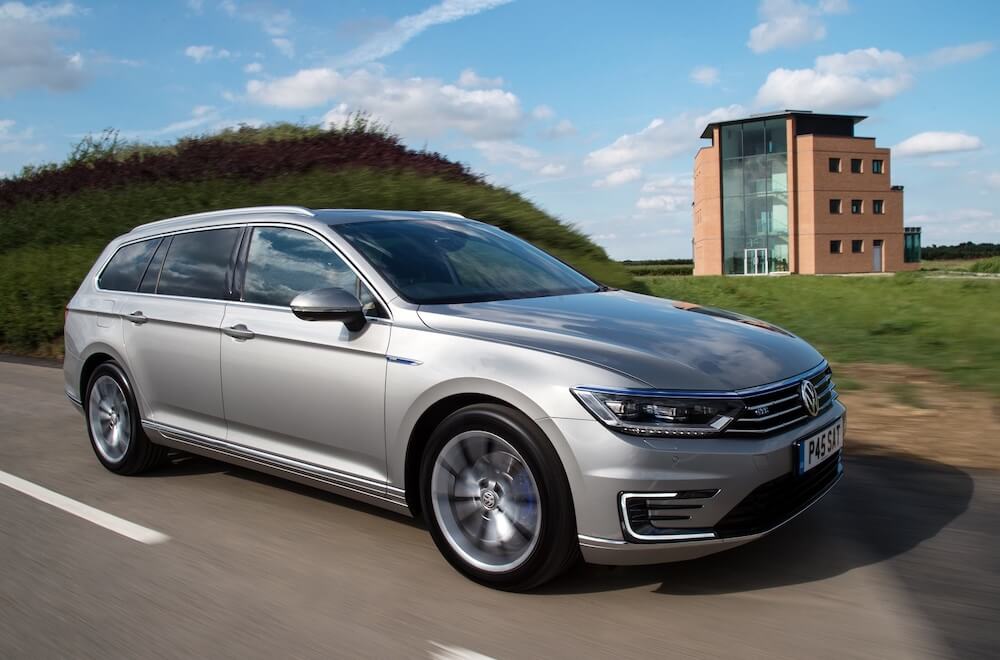 Don’t fancy an SUV? Then this handsome plug-in estate should provide all the space and practicality you could need, and sharing it’s powertrain with the Golf GTE ensures it’s good to drive, too. Up to 34 miles of electric running is claimed with recharging taking around 2.5 hours from a 3.6kW wall box. Ride and handling are sound, and the strong equipment levels and build quality are the icing on the cake. 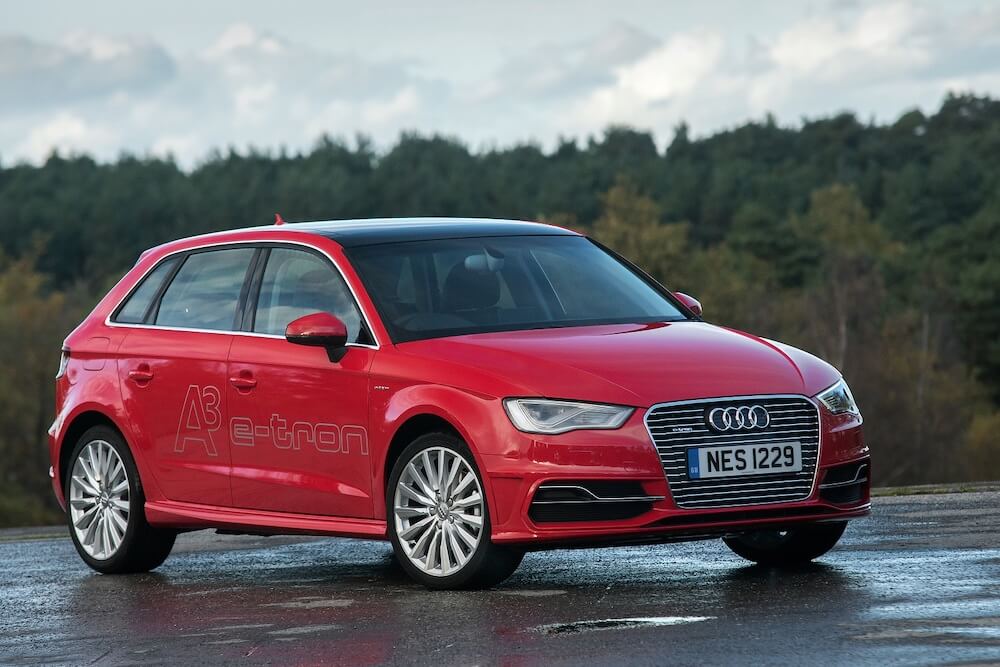 Audi’s first PHEV boasted a strong image, classy looks and a premium-feeling cabin, and you’ll be getting all this for less than half its price when new. Available in Sportback form only, luggage space was notably down on its petrol and diesel siblings, but it counters with strong performance and plenty of toys including navigation, dual-zone climate control and LED lights. It’s not exciting to drive but enjoyable nonetheless. 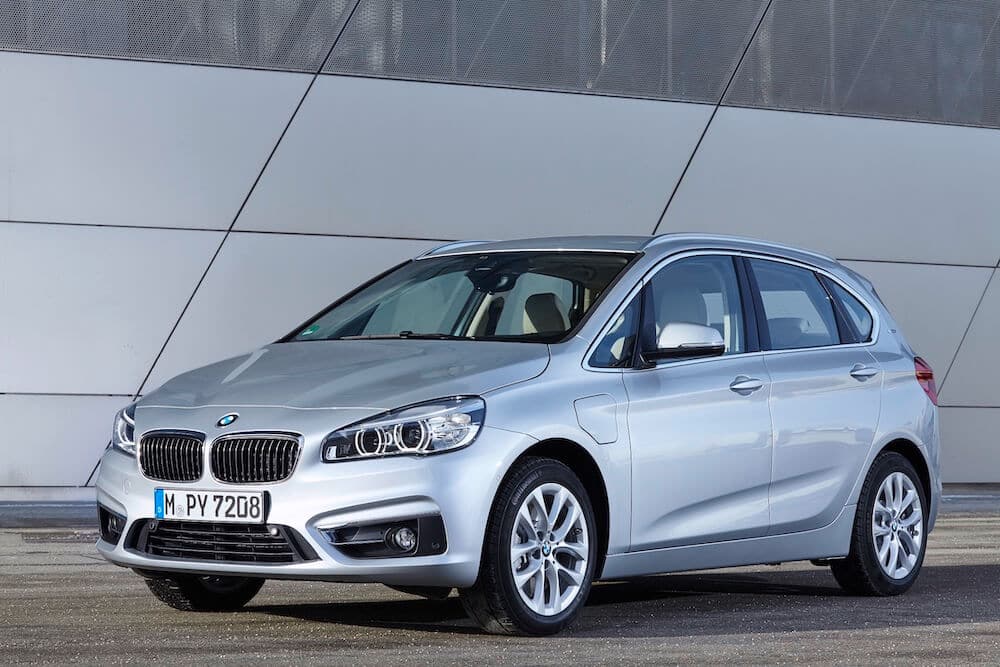 The MPV styling and space make this a practical choice for family motoring, and with plenty of tech and a plush feel it’s hard to ignore. Sharing its 136bhp engine with the MINI Cooper, alongside an 88bhp electric motor, it gets to 62mph in less than 7 seconds, plus it can manage close to 30 miles without waking the engine. Good to drive and with a well-finished cabin, it’s a sound proposition.