Looking for a small car with character? This could be the answer. 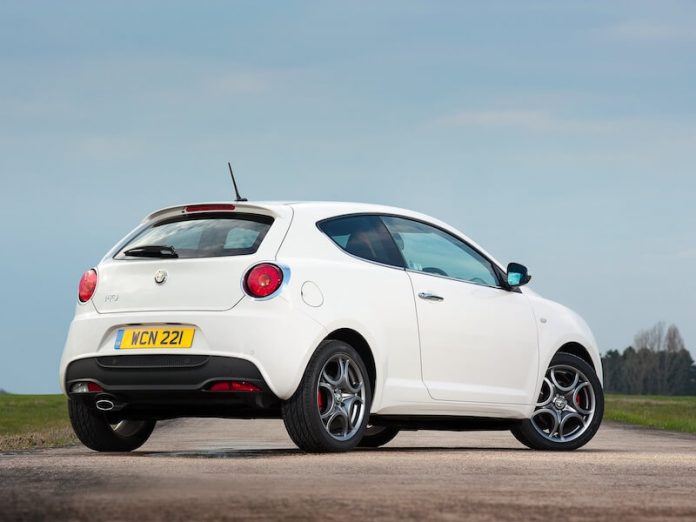 Stylish and sporty, a used Alfa Romeo MiTo promises fun and affordability so here’s what you need to know before buying one.

Alfa Romeo have long been revered for their stylish, sporting cars and the brand rightly has a keen following amongst enthusiasts. Since the demise of the Alfasud in the late-1980s they’d not really had a small model with which to tempt buyers, but that changed in 2008 with the announcement of the MiTo.

Named after the cities of Milan and Torino (where it was designed and built respectively) it certainly looked the part, and was intended to lure buyers away from compact premium rivals such as the MINI and Audi A1. Arriving in the UK in January 2009 it remained on sale until 2018.

Only available as a three-door hatchback, it was therefore simply a matter of choosing the engine and trim level that suited your budget. The MiTo was originally offered in Turismo, Lusso and Veloce forms with the latter boasting a body kit and 17-inch alloys.

The specification got richer with each variant but even entry-level cars got plenty of kit including air-conditioning and Alfa’s ‘DNA’ system that gave drivers the choice of Dynamic, Normal or All-Weather modes. Just over a year after the car’s UK launch a new Cloverleaf trim level was introduced as the range-topper, while a Turismo Sport arrived in August the same year.

Wider changes were made in spring 2011 when the number of model variants was reduced and the range now badged as Sprint, Distinctive and Quadrifoglio Verde. Keen to keep its smallest model competitive Alfa made yet more changes between 2014 and 2017, all of which mostly involved tweaks to the styling and equipment levels – including improved infotainment thanks to the touchscreen Uconnect system – with some revised engines thrown in for good measure. It was enough to keep the MiTo in touch with evermore capable rivals, although overhauling the hugely popular MINI remained a challenge. 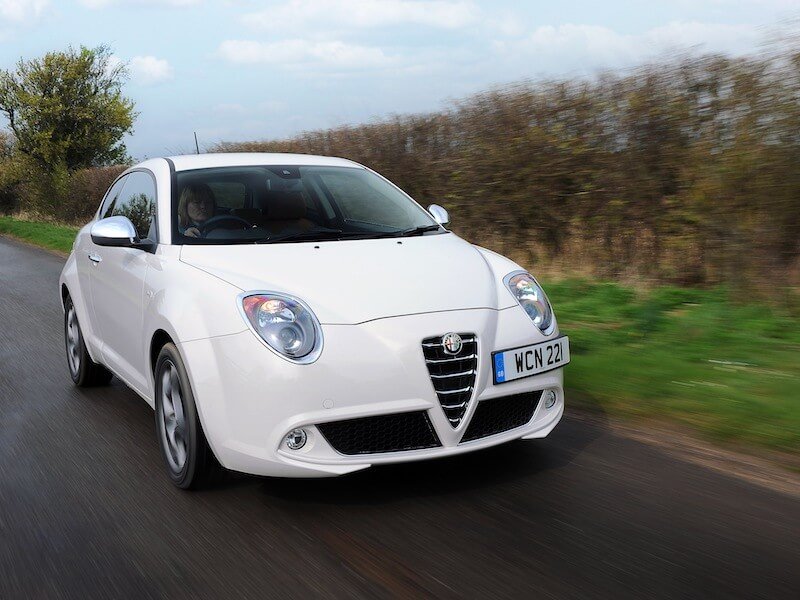 During nigh-on a decade of production the MiTo would be powered by a range of small capacity petrol and diesel engines, with the former mostly 1.4-litre units. At launch buyers could pick from a 95bhp 16-valve unit that was good for 0-62mph in 11.2 secs and 47mpg, or punchier 1.4TB versions with 120 or 155bhp. T

here was more power for 2010 with the introduction of Alfa’s new MultiAir engine, another 1.4 unit that offered 135 or 170bhp. This employed a clever system whereby the lift and duration of the inlet valves were controlled via solenoid valves managed by the engine ECU. In its most powerful form it punched the MiTo to 62mph in 7.5 seconds.

By 2012 there was also the choice of the turbocharged, 2-cylinder TwinAir unit managing a modest 85bhp from its 0.9 litres. As for the diesels it was a choice of 1.3- and 1.6-litre JTDm units with various outputs and claimed economy of up to 80mpg.

With the potential for EGR valve and DPF issues, think about whether you really need an oil-burner before committing. Petrol engines are broadly reliable with proper maintenance, so avoid anything with a patchy or non-existent service history; service intervals were extended after 2012 so regular attention is even more important.

MultiAir units need the correct grade of oil (misfires, poor running and costly repairs can result otherwise), whilst most petrol engines have a cam belt that needs renewing every 72k miles/5 years; budget around £300 at a specialist.

Transmission wise, it was 5- or 6-speed manuals depending on engine, noting that prior to 2010 the latter was the potentially troublesome M32 ‘box. Bearing wear can occur towards 80k miles, so watch for whines, obstructive selection or jumping out of gear.

From 2011 there was also Alfa’s TCT dual-clutch transmission with optional paddle shifters, and while it worked well anything other than smooth, prompt gearshifts could point to actuator or sensor issues. 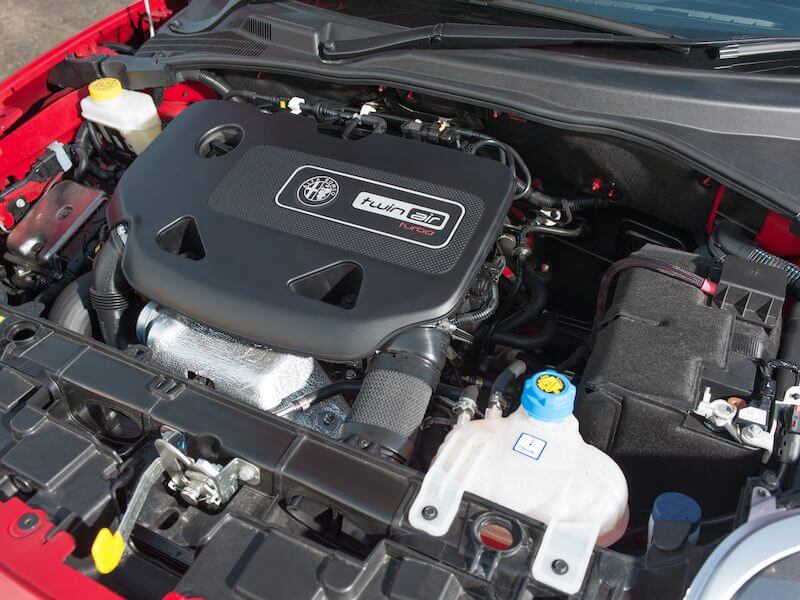 If you were expecting technical fireworks beneath the MiTo’s skin you’d have been disappointed, although the conventional layout bodes well for future maintenance.  Suspension was by MacPherson struts up front and a semi-independent torsion beam axle at the back, and general wear and tear aside – tired dampers, worn bushes and anti-roll bar drop links and perished front strut top mounts – there’s little of concern. The adaptive dampers fitted to some variants are pricey to replace, though – close to £400 each.

Assuming discs and pads are in decent condition there’s not much else to worry about with the brakes. The electrically-assisted steering raises the potential for trouble, though, so if the assistance feels intermittent or there’s any warning lights it’ll need further investigation; new EPAS units are £700 with refurbished ones around half that.

It’s also advisable to try the DNA switch in each mode to ensure you can feel any changes to throttle response, steering and damper tune. Lastly, it’s worth a check for kerb-damaged alloys and signs of uneven tyre wear. 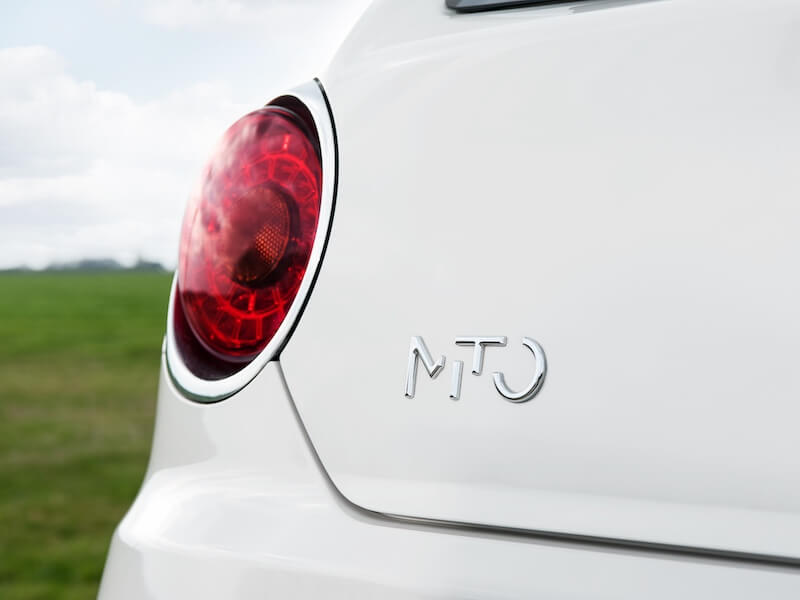 With no issues around external corrosion to worry about you can concentrate on ensuring the cabin is up to scratch. It looked decently sporty and quality was reasonable, so unless you’re looking at an abused example it should still be in good nick. A few rattles and creaks are to be expected, but otherwise it’s a matter of just checking for the usual scuffs and scrapes and damaged leather trim.

As for the electrics, it’s wise to ensure everything still works as it should, paying particular attention to climate control and infotainment systems. The heater fan resistor can fail but it’s a straightforward fix, while a failing battery can cause all manner of strange electrical issues – check there first before assuming the worst. The wiring loom to the tailgate can also be a trouble spot, so ensure items like the rear wiper operate correctly.

Finally, check the alternator on pre-2011 cars – water could drip onto it from the scuttle, causing damage.

While some of the MiTo’s rivals provide a more well-rounded driving and ownership experience there’s still something appealing about the small Alfa. Much of that is down to the lively engines, and when you factor in generous equipment levels and temptingly-affordable prices it’s easy to see why it might get the nod over more obvious choices. And with plenty of specialists and an enthusiastic and friendly owner’s club there’s plenty of support and advice on hand to make ownership easier. Find one that’s been cherished and there should be plenty of enjoyment to be had.