Looking to buy a classic Fiat 500? Mike and the MBM team reveal what to look out for. 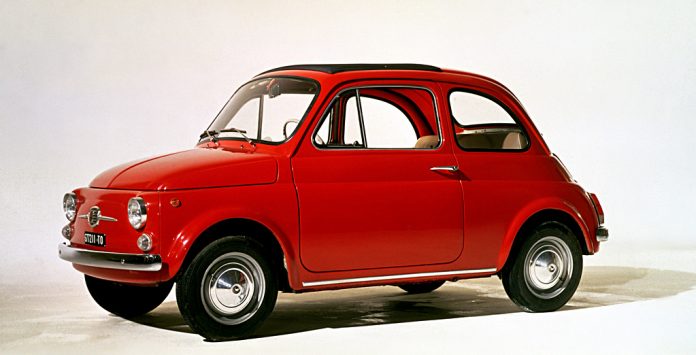 Appearing two years before that other small car icon, the Mini, the tiny Fiat 500 Cinquecento was designed by Dante Giacosa. The replacement for the equally diminutive Topolino, the aim was to encourage Italian buyers to swap two wheels for four, and it was a plan that proved to be incredibly successful.

Like the Mini, the Fiat 500 was designed to seat four people, doing so in a body measuring less than ten feet in length, but their paths then diverged somewhat. While the British car featured a clever transverse engine and front-wheel drive the little Fiat was powered by tiny air-cooled engines, the two cylinder units mounted at the rear. Between 13hp and 21hp was on offer depending on variant.

Numerous developments followed, including a Giardiniera estate from 1960 and in 1965 the quirky rear-hinged doors were replaced by conventional items. Production finally ended in 1975 and by that time around three and a half million had been sold. Forty five years later, the 500 is still immensely popular and if you’re looking for a small classic packed with character there really is nothing quite like it. 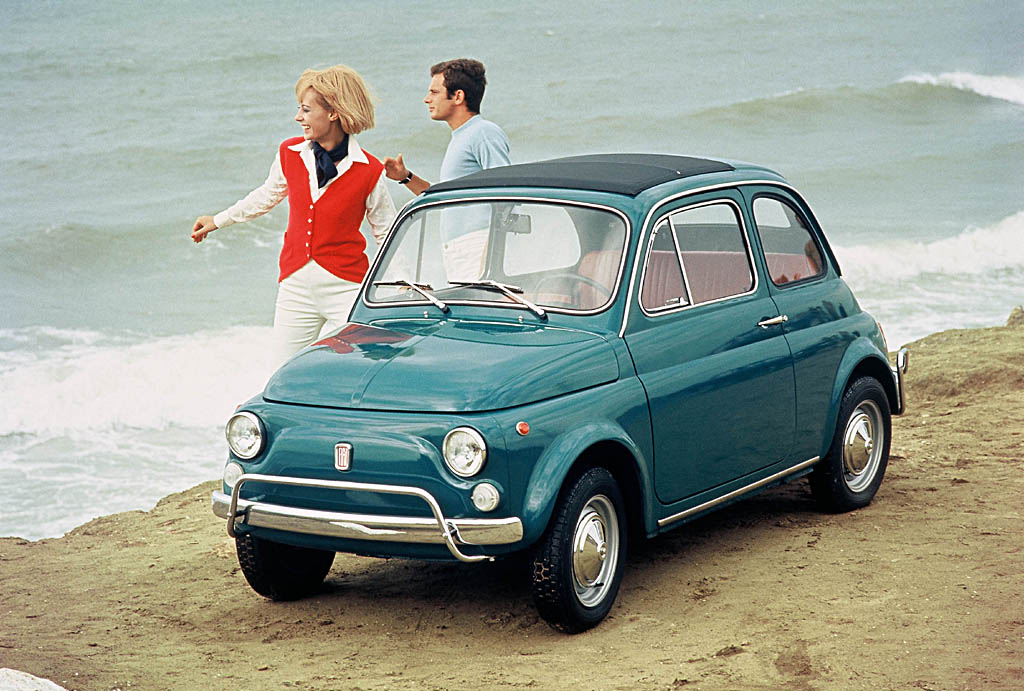 If you’re expecting this tiny classic to have equally tiny restoration costs, then prepare to be disappointed. Once major corrosion has set-in the bills to eradicate it can be worryingly large, so unless you’re looking for a full-on project then careful checks are needed.

It’s essentially a case of examining every panel and seam for signs of the dreaded tin-worm, with areas such as wheel-arches, door bottoms, sills and the front panel being known trouble-spots. Also crucial is looking for rot around the roof gutters and windscreen surrounds, and spend plenty of time probing the depths of the front luggage compartment – remove the spare wheel to check for holes beneath and watch for rust around the battery and fuel tank.

A leaking sunroof promotes rot in the floor panels, and bear in mind that panels for very early models and estates aren’t always so easy to source. And there’s always the risk of discovering filler and other bodges, too. 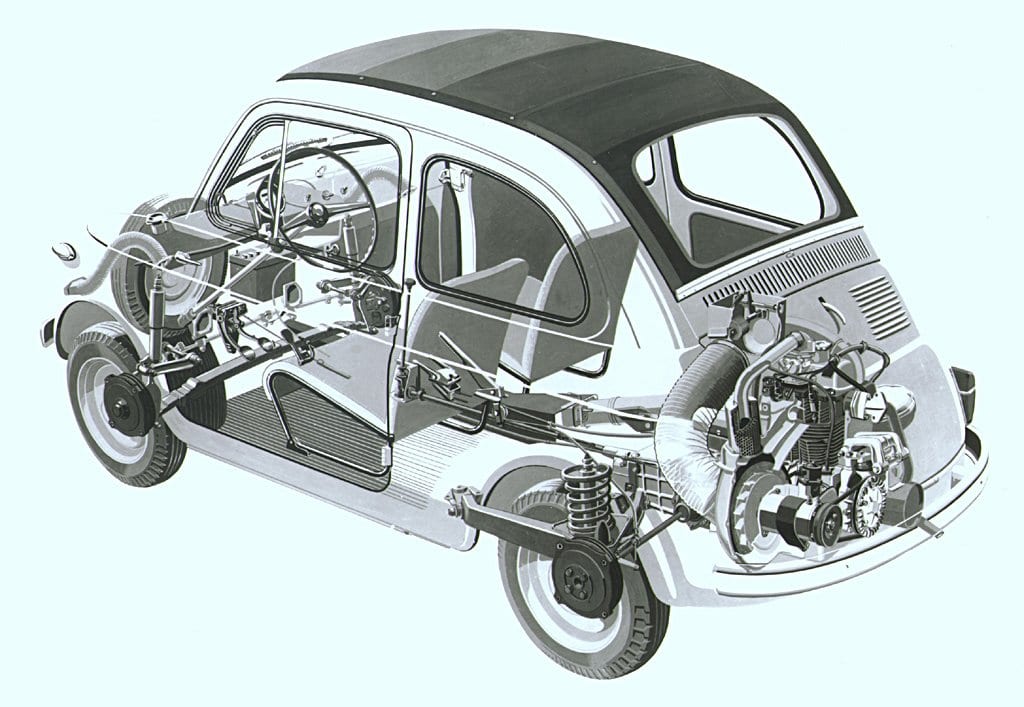 The little twin-cylinder engine feels unburstable, and a well-maintained unit should cover many thousands of miles before a major overhaul is required. But for all its simplicity there are a few issues, one of which is excessive burning of oil which points to internal wear, and it’s important to check for signs of overheating.

Poor running can be a sign that all’s not well with the cooling system (are the cooling flaps stuck, or wedged open?) and ignoring the problem can damage the aluminium cylinder heads. A noisy timing chain will be ready for replacement, and the carburettor and distributor could also be suffering from wear – regular spark plug replacement is a good idea, too.

And if you’re keen on originality check what engine is fitted as replacement is common, the larger unit from the 126 being a popular choice. You’ll pay around £1000 for a professionally-reconditioned unit. The 126 often donates its gearbox, too, which brings the benefit of synchromesh; the 500’s original ‘box doesn’t have it so double-declutching is called for. Watch for an especially noisy transmission or jumping out of gear, and budget around £1200 for a rebuilt synchromesh unit. 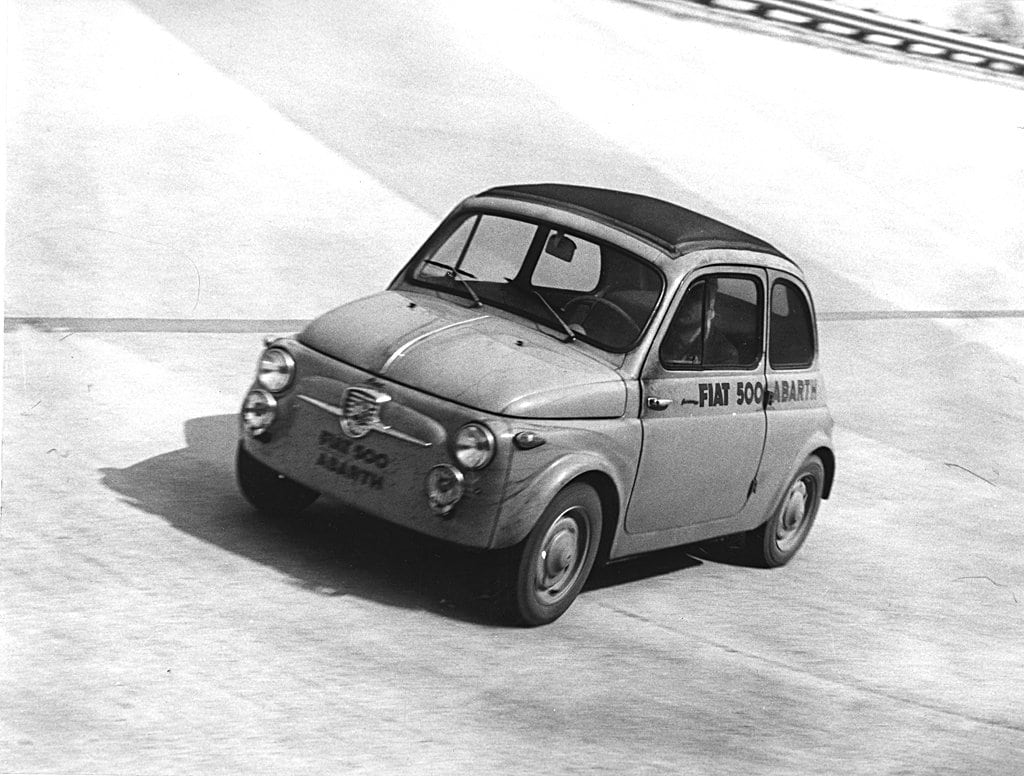 The suspension is a simple arrangement but it’s not without a few bothers, the most serious of which is corrosion around the mounting points. Check the semi-trailing arms at the rear for signs of cracks or rot, and pay similar attention to the transverse leaf spring at the front – odd bulges point to rust and a conscientious owner will have lubricated the spring to avoid future problems.

And staying at the front it’s worth asking about the maintenance regime as the kingpins need greasing every 1000-1500 miles to prevent premature wear and seizure. The steering should feel light and accurate, so anything else means problems to tackle. Suspect a worn steering box if it feels vague, while stiffness could point to someone having over-adjusted it to cure excessive play.

The 500’s brakes are as simple as you’d expect, though, the all-drum arrangement just needing a check for worn linings, leaking wheel cylinders, or corroded pipework. A complete overhaul is cheap and easy for the DIY mechanic, and there’s always a front disc conversion at around £400 although it’s not really necessary. 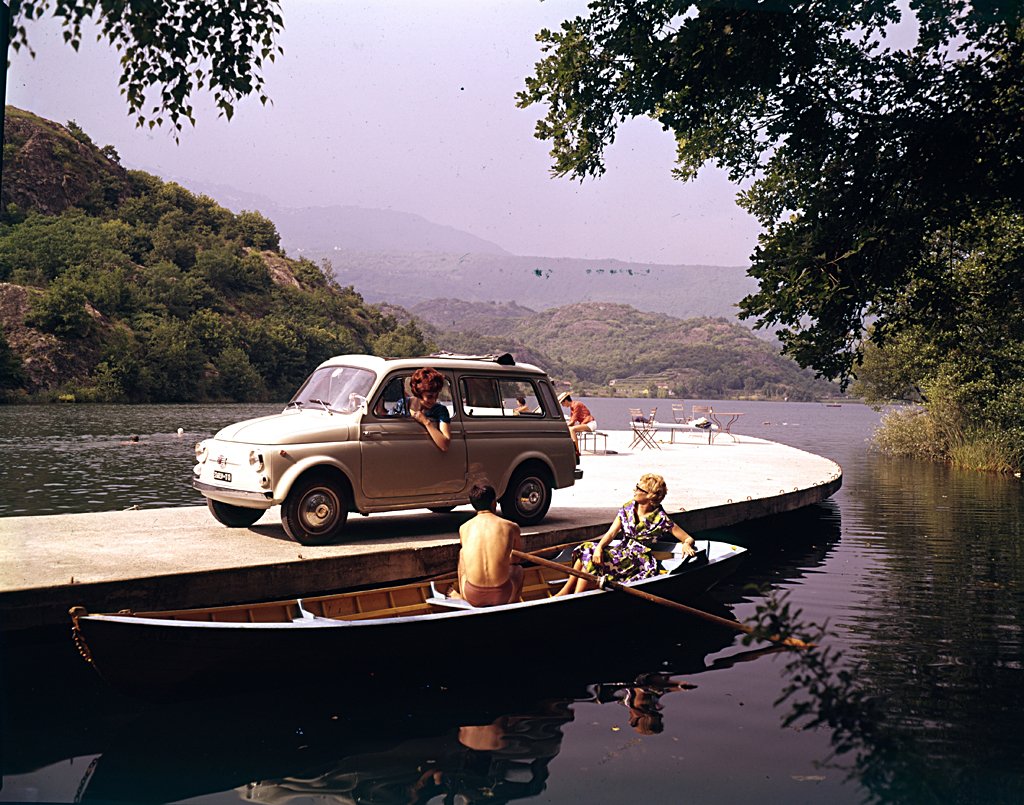 Car interiors really don’t come much simpler than this, meaning a complete re-trim of a shabby cabin isn’t an especially expensive proposition. The only issue is potential difficulty sourcing parts for very early cars, so at least make sure that nothing is missing or damaged beyond repair. As for the wiring, well there’s not a lot of it so just concentrate on checking for aged insulation and any corrosion around the fuse box and connections. Around £200 secures a complete new loom and replacement isn’t especially tricky if you fancy tackling it yourself. Lastly, bear in mind that original examples will feature a dynamo so you might want to consider an alternator conversion.

The 500 is undeniably cute and charming, but it’s also a classic that you should try to spend time with before you take the plunge. The feeble performance isn’t for everyone, and if you value originality then getting to grips with mastering the non-synchromesh gearbox may prove a step too far for some. But assuming neither of those things bother you then there is an awful lot to enjoy here. If you buy carefully, that is. Restoring a bad one won’t come cheap, and you need to satisfy yourself that the history of imported examples stacks up and ensure that a right-hand drive conversion has been done properly. Those caveats aside, you’ll be buying into a car with a legendary following, an enthusiastic and knowledgeable ownership scene, and more character than you’ll find in almost any other car. If owning a classic is all about putting a smile on your face, then look no further.

Charm in abundance, you can’t help but fall in love with the little 500. However, be prepared for a different driving experience, it’s NOT a modern car – they are noisy, slow and feeble, so plan your purchase carefully. If you want trips to the seaside but you’re in the Midlands, this might not be the car for you. My advice is to always buy the best one you can afford, don’t try to save a few quid on one that’s a bit tatty, spend more in the first place and it will save you later. There’s an abundance of decent cars in Europe so maybe turn the whole thing into a holiday and buy abroad. Just remember what I said about the long journey back!