Looking to buy a classic Ford Puma? Mike and the MBM team reveal what to look out for.

The Mk4 Ford Fiesta that arrived in 1996 was a fine effort, and a year later it would form the basis of the sharply-styled Ford Puma coupe.

The Ford Puma was designed as a rival for the Vauxhall Tigra. It might have borrowed its underpinnings from a common-or-garden supermini but the driving experience was anything but ordinary.

The Ford Puma handled with real flair, and more than two decades later it still has the capacity to entertain on a twisting B-road. That fun was helped by a smooth and rev-happy 1.7-litre engine that featured a Yamaha-designed cylinder head and that was good for 123bhp, the result being 0-60mph in a perky 8.6 seconds. A milder, 88bhp 1.4 engine was also available but replaced in 2001 by a 1.6-litre unit with 101bhp. 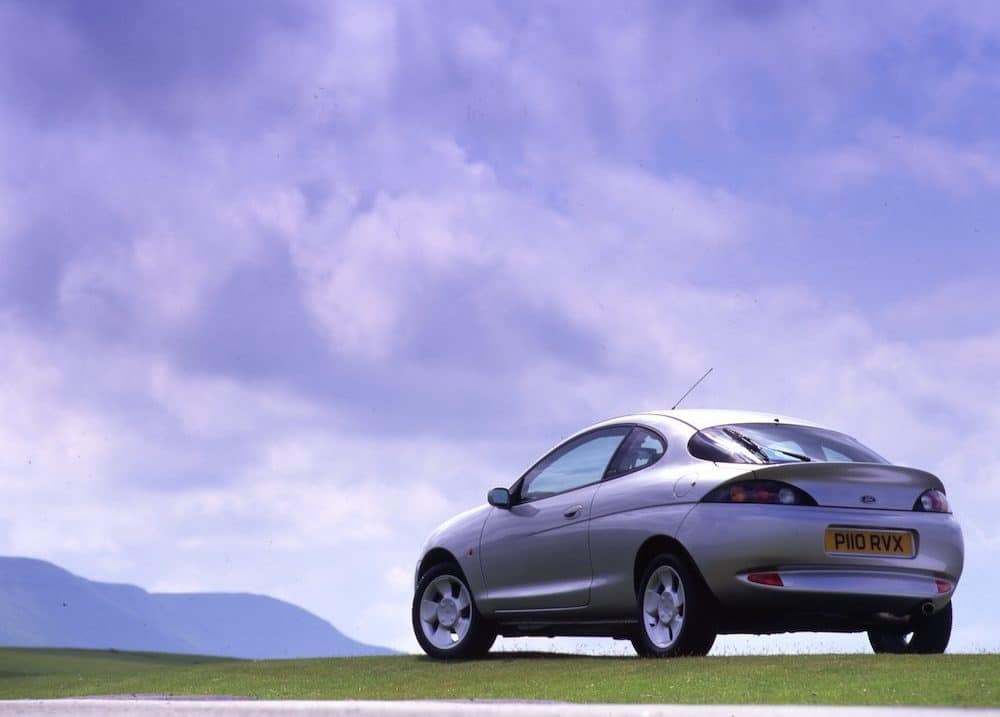 The Fiesta-based cabin was brightened-up with some metal-effect trim, while slick controls, a good driving position and plenty of equipment added to the Puma’s appeal. And in 2000 Ford went a step further, launching the Racing Puma with bulging bodywork, bespoke brakes and suspension and a punchy 153bhp engine. The standard range was refreshed the same year, with production ending in 2001. Oh yes, and the Bullitt-themed TV adverts were pretty cool, too.

As we’ve already pointed out, the Ford Puma is now more than twenty years old which means there’s been plenty of time for abuse and neglect to take their toll. While accident damage, scuffs and dents and cracked bumpers need watching for, the bigger problem is corrosion. The most important areas to check are the rear wheel-arches and sills – check for bodged repairs and that rot hasn’t spread deeper into the structure – although it can crop-up anywhere. It would certainly be wise to examine the edges of the doors, tailgate and bonnet, around the fuel filler flap, and the cabin and boot floors.

Keep an eye out for faded or mismatched paintwork, too. The rare Racing Puma needs even more care as replacements for the bespoke wings – aluminium at the front and steel at the rear – and glass-fibre bumpers are exceedingly hard, if not impossible, to find, and any that do exist are pricey. Lastly, it’s worth checking for condensation within the headlamps – it’s caused by leaking seals and an easy fix.

Engine and Transmission
Abuse and lack of maintenance are the main worries here, so you’ll want to find a car with a sound service history. Oil and filter changes are required at 10,000 miles but half that is best for longevity, and specialists recommend using a 5w/30 semi-synthetic oil – fully synthetic lubricant can harm the cylinder bores. A fresh cam belt at 80,000 miles is crucial, too, and it’s worth doing the water pump at the same time; budget around £200 for all the parts if you fancy tackling it yourself. And watch for overheating caused by coolant leaks from the thermostat housing, along with misfires that can be due to coolant collecting around the spark plugs (leaking core plugs are the cause).

The cam cover can leak oil, and if there’s evidence of excessive oil smoke or a compromised head gasket then you’re probably better off looking elsewhere. The IB5 5-speed manual gearbox isn’t inherently troublesome but age and mileage can result in the usual whines and crunching synchromesh which means a rebuild or replacement, while a sloppy gear shift can usually be cured by renewing the linkages. Check for any signs of clutch slippage, too.

Running Gear
A well-sorted Puma should handle tightly, with no slop, rattles or creaks so anything else points to suspension in need of an overhaul. Worn anti-roll bar drop links, front arm bushes and tired dampers are the common culprits so budget accordingly. At £250-300 for a full set, polyurethane bushes are a popular fitment, and they shouldn’t harm the ride too much, but ask a previous owner about any other modifications.

The suspension is sensitive to correct alignment, though, so uneven tyre wear means something is out of kilter. And be aware that Racing dampers are rarer and more expensive. The same goes for that model’s Alcon brakes, but the standard car’s disc/drum set-up rarely gives trouble and an overhaul is straightforward and inexpensive. It’s worth checking for warning lights indicating trouble with ABS and traction control systems, though. Lastly, the wheels could be suffering from kerb damage and corrosion and a refurb will set you back around £65-70 a corner, but give the costly 17-inch rims fitted to the Racing a closer examination.

The Inside
Shared with the Fiesta of the day, the cabin is plasticky and somewhat uninspiring but it’s reasonably robust unless abused. General damage to trim and upholstery will be obvious, and while you’ll want to avoid anything too scruffy it’s not too hard to source second-hand replacements. The leather upholstery on some of the special edition models isn’t that hard-wearing, though, and the Racing’s Alcantara-trimmed Sparco bucket seats will need to be in tip-top condition to avoid costly refurbishment.

Otherwise, it’s just a case of ensuring everything works, including electric windows, central locking and optional air-conditioning. The latter often gets ignored once it has packed-up, while failure of the heater valve and fan resistor are more general bothers. 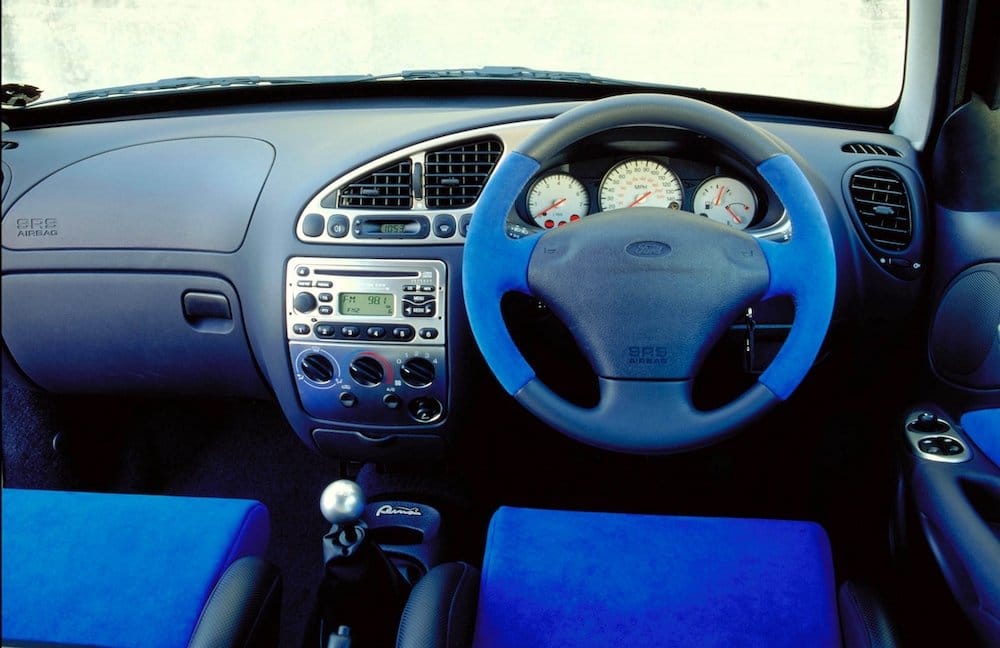 What We Say
Recent years have seen affordable coupes fall out of fashion, but there’s still plenty of choice when it comes to modern classics. If style and an entertaining driving experience are top of your wish list, then the Ford Puma makes plenty of sense. Even 20 years on it still looks fresh, and a properly-sorted one is great fun on the right road.

Don’t worry about the modest power output and performance, either – both seem mild by today’s standards, but with the compact coupe weighing not much more than a tonne there’s plenty of enjoyment to be had. In fact, there’s a refreshing simplicity in the way the Puma goes about its business. Racing model aside, it’s affordable, too – sound examples are available for £1000, with even the very best struggling to make £3000 – and if that’s not enough to tempt you we don’t know what is. 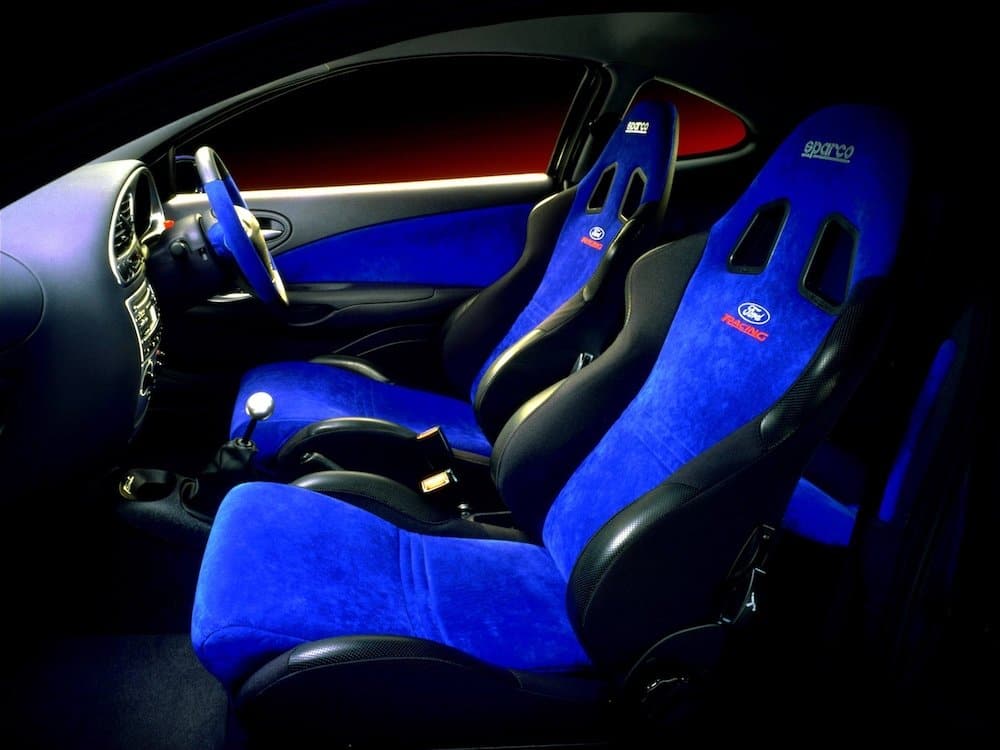 What Mike Brewer says
I’ve been chasing a Ford Puma for years. I love them and had the pleasure of testing them when they where new. Back then, they were thrilling and still today, they really reward. The timeless design make them a real modern classic and although I think a racing Puma might be out of reach for me, I’m still determined to feature one on Wheeler Dealers. Little side story, I was once filming a huge corporate video with my own company for Jaguar about the new XJ. My camera assistant cheekily asked Ian Calum (the head of design at Jag) who also penned the Puma to sign his dash as it would help him sell it! I was a tad embarrassed.