Looking to buy a Mercedes E-Class? Mike and the MBM team reveal what to look out for. 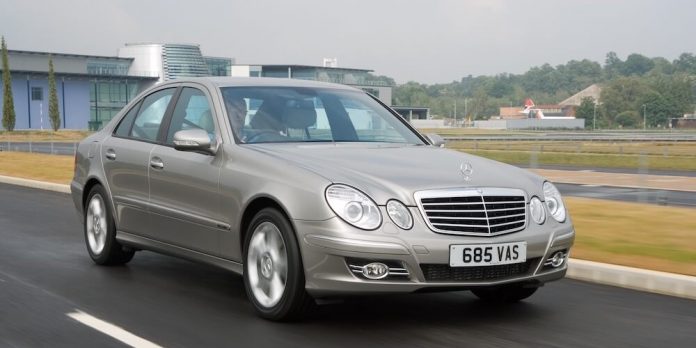 The Mercedes E-Class had always been a byword for quality, and models like the W123 and W124 generations have become much-loved classics. But the reputation was sullied somewhat by the W210 model that debuted in 1995, with corrosion a major issue.

An answer was needed and it came in 2002 with the launch of the W211 Mercedes E-Class, and while the reliability of early examples still left something to be desired it was a much better effort. In 2009 it was replaced by an all-new version, the W212, which further improved quality and reliability and remained in production until 2016.

The Range
Both of the generations here were offered in saloon and estate forms, the latter proving both practical and capacious. The W212 would also be available as a coupe and convertible which added a welcome dash of style, although it’s the more common variants that we focus on here.

The main trim levels for the W211 were Classic, Elegance and Avantgarde and while entry-level models were reasonably well-equipped the specification got progressively richer as you headed up the range. Naturally, there was a long list of options to tempt buyers.

The model was extensively revised in 2006, Mercedes claiming 2000 improvements, and it’s these later cars that are the best buys today. For the W212 there was an initial choice of SE, Avantgarde and Sport trims with the entry model getting a decent smattering of standard kit including Artico synthetic letter and climate control, while the Sport benefitted from firmer suspension. 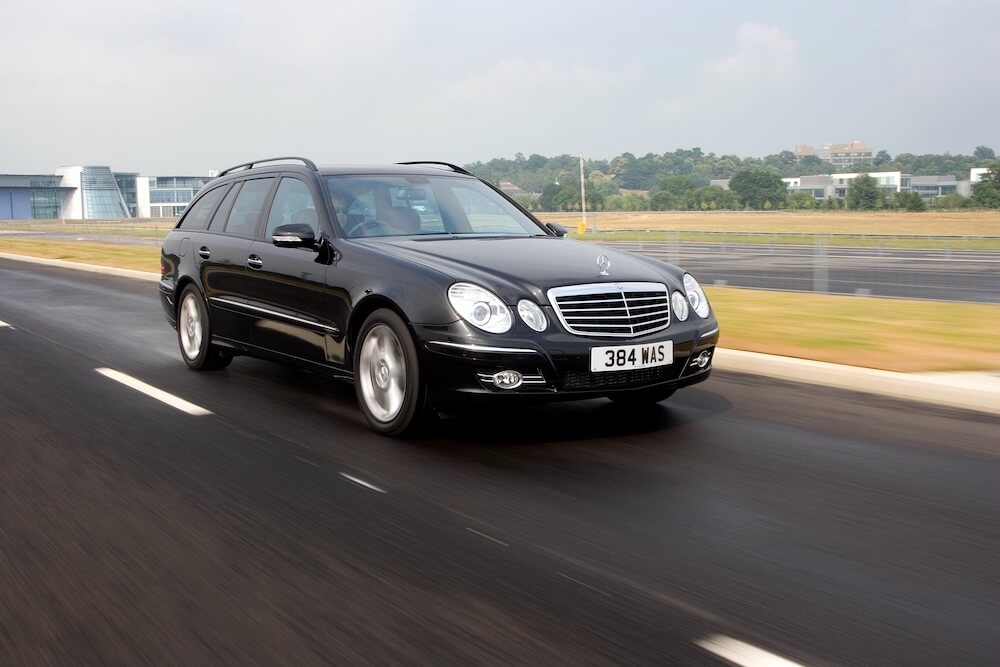 A facelift in 2013 brought revised styling, notably at the front, along with a refreshed interior and more driver assistance systems. Even the briefest search will reveal a large number of these E-Class models for sale, with saloons proving the most numerous, and with specification not having a great effect on values its condition that should be the most important factor.

Engine and Transmission
The W211 was launched with a variety of petrol and diesel engines, encompassing four- and five-cylinder units, V6s and a V8. The E220CDI was a frugal choice, claiming 44.8mpg while performance fans would have preferred the 306bhp V8 in the E500 which managed 164mph and 0-60mph in 5.8 seconds. More engines were added over the years, including a supercharged four-cylinder petrol in the 200K and a stonking 6.2-litre V8 with 507bhp for the range-topping E63 AMG model.

It was a similar story for the W212 E-Class, buyers offered a wide choice of power units with something for every taste, including a diesel-electric hybrid that claimed 55mpg economy in the E300 Bluetec. It is worth considering what you really need; the refined and economical diesels are tempting (and more numerous than petrol-powered versions) but can suffer from costly problems. W211 units had issues with leaking high-pressure fuel pumps and failed injector seals, the latter leading to the ‘black death’ where a build-up of carbon causes injectors to become stuck in the cylinder head. 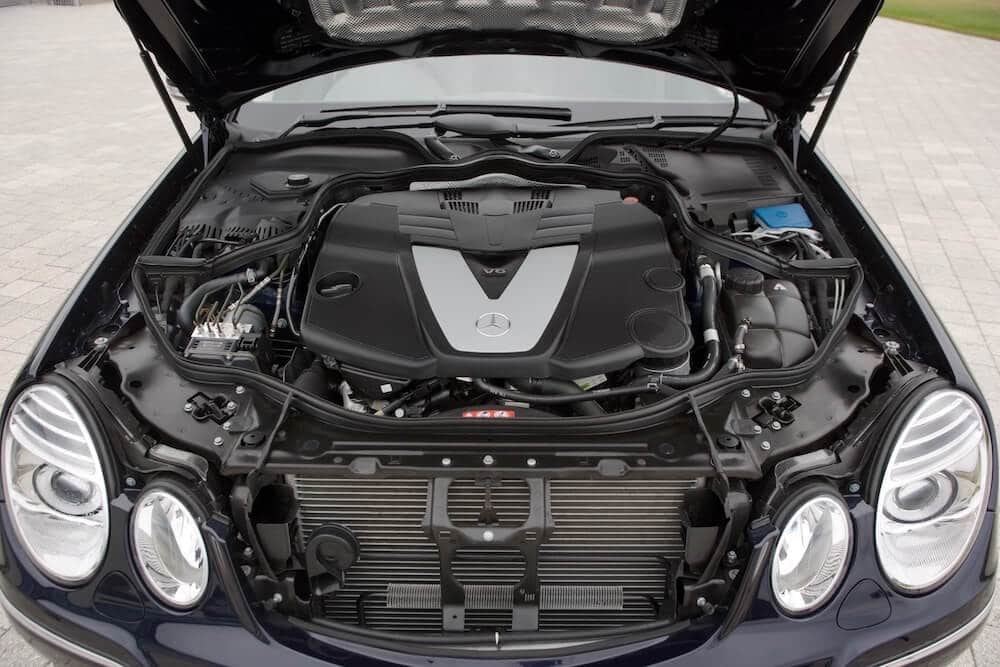 W212 engines aren’t immune from problems either, and bear in mind that an older oil-burner may be an issue when driving into low-emission zones in cities. Unless you’re planning particularly high mileages a petrol model may prove a less troublesome and costly choice, but either way it’s crucial to avoid neglected examples with no maintenance history.

The main transmissions were a 6-speed manual, a five-speed automatic or Mercedes’ 7G-Tronic 7-speed automatic – it depended on the engine, but most opted for the self-shifter and it’s much preferred today and easier to sell on.

Also bear in mind that early W211s could suffer from a faulty Valeo radiator which allowed coolant to mix with transmission fluid with catastrophic and expensive consequences; check the history for any work done here.

Chassis
Most notable was the decision to equip the W211 with ‘Sensotronic Brake Control’ which was an electro-hydraulic system that involved a computer applying the optimum brake pressure to each wheel.

It would prove something of a nightmare for Mercedes with all manner of problems and warranty claims, and it was ditched when the model was updated in 2006.  It’s something to be wary of today. 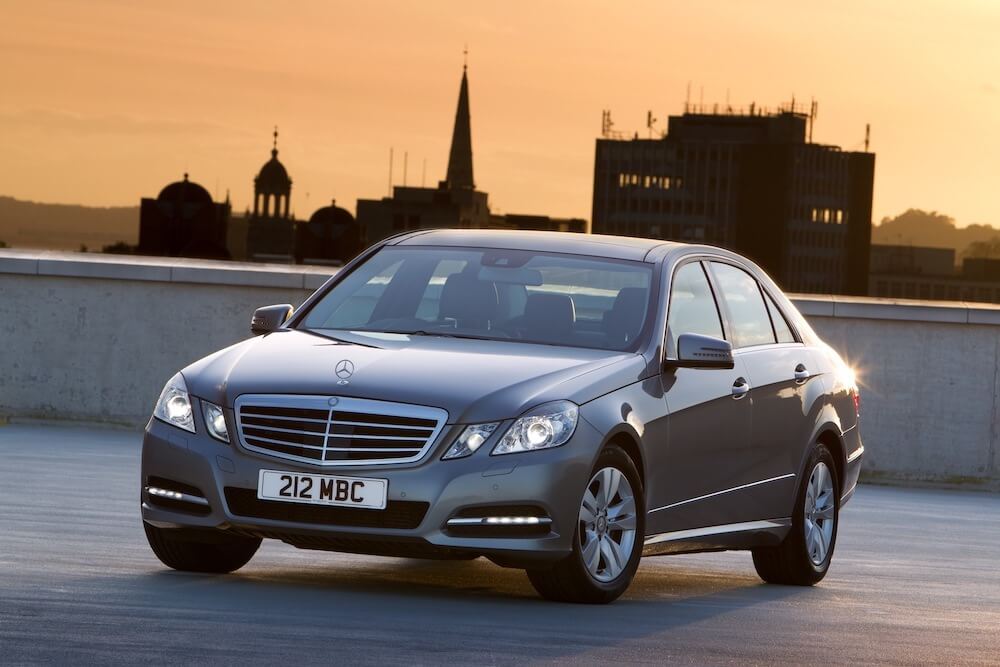 The W212 brought the likes of adaptive dampers and improved reliability, but a thorough check for wear and neglect is wise. This generation can also suffer from power-steering problems, so check all is well here. Both versions offered a variety of electronic safety systems, so ensure they all operate as they should with no signs of dashboard warning lights as repairs can get very costly.

Lastly, both models were involved in a disappointingly large number of recalls so check with a dealer that the necessary rectification work has been one.

The Inside
Owning a Mercedes has always been about comfort and luxury, and these generations of E-Class broadly delivered on that brief. There was plenty of space on offer, and the cabins were a nice place to be when it came to covering big mileages. That said, the W211 lacked the bank-vault build quality of its predecessor so don’t be surprised to discover a few creaks and rattles, along with worn trim. 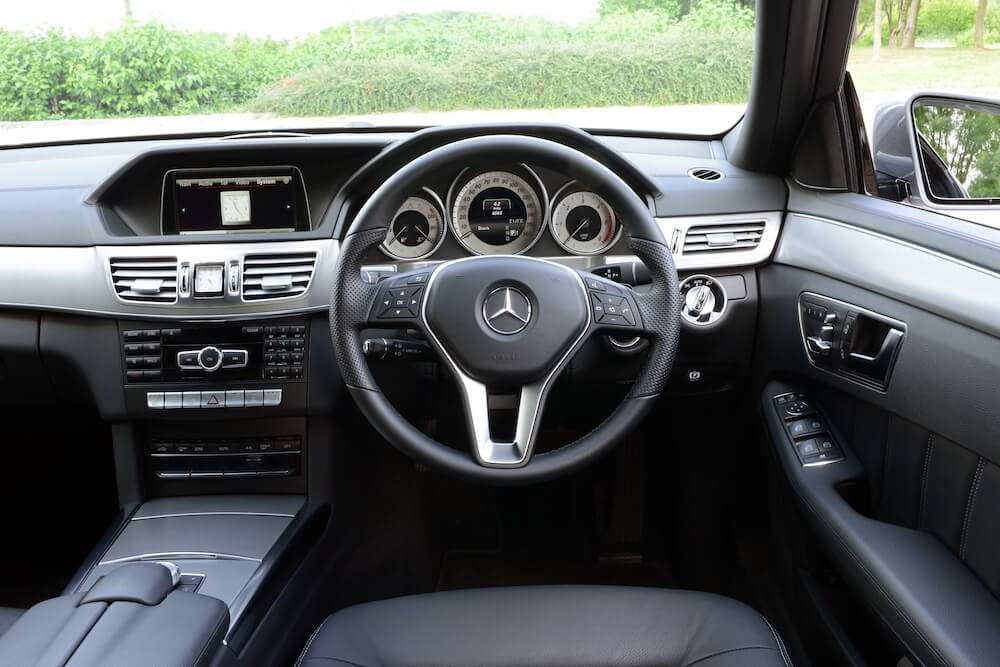 It’s best to avoid anything too scruffy, and be sure to check that everything works – prod every switch and button you can find as electrical gremlins are common and getting failed items working again will be expensive.

The W212 featured a thoroughly re-designed dashboard layout, and along with a more luxurious and cossetting interior there’s no doubt that overall quality had improved. The 2013 update further improved things, but it’s still wise to thoroughly inspect the cabin for wear and inoperative gadgets.

What We Say
Mercedes-Benz had dropped the ball with the E-Class, and these models were intended to restore its hard-won reputation for quality. They mostly succeeded, although the early cars were still blighted by reliability issues that dented buyer confidence, but in broad terms the later the model the better it is.

With such a wide range of engines and trims, affordable prices and the allure of the three-pointed star on the bonnet, it’s easy to see why today’s buyers are tempted. There’s strong club and specialist support, too.

A good example will still be enjoyable and promises luxury motoring on a budget, but caution is required before parting with your cash. The mantra of ‘buying the best you can afford’ certainly applies here. 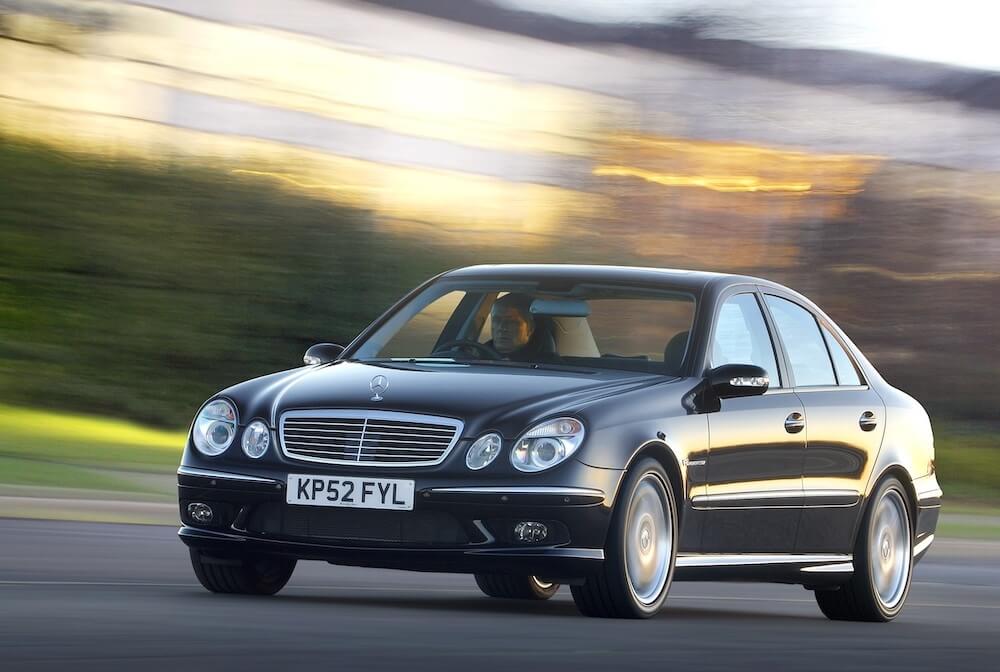 What Mike Brewer Says
Step out of any German airport and there will be an Mercedes E-Class taxi waiting for you. There’s a reason for that – they are bulletproof and the workhorse of Mercedes. I’ve recently done an 02 E55 AMG version on Wheeler Dealers and it was a delight. The later models really work and this one was a treat to fix up.

The owners are passionate too, and every car show that has a Mercedes Club on display will always have a range of great cars and enthusiastic owners. I believe we are at the end of the saloon or super-saloon car as manufacturers turn to other genres for profits, so enjoy the E class while we can.

Found this interesting? Why not see what other Buyers Guides are available?