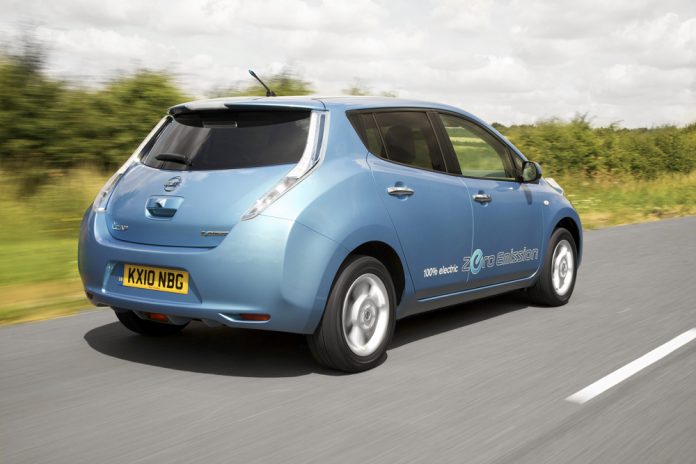 The Nissan Leaf was one of the leading electric cars right from the off. If you’re thinking of buying a used model, here’s all you need to know.

Electric vehicles might still make up just a small percentage of the overall car market, but sales are growing quicker than ever and it’s fair to say the car here was at the forefront of the mainstream EV movement.

The first such model that could be considered truly useable by everyday motorists, the Nissan LEAF (it stands for Leading Environmentally-friendly Affordable Family car) was launched in 2010 and arrived in the UK the following year, instantly gaining huge attention from buyers and motoring press alike. The styling might have looked a little quirky – blame the attention on aerodynamics for that – but there’s no doubt that this practical and reasonably spacious family car might easily have persuaded some to ditch internal combustion altogether. It was replaced in 2017 by the second-generation model.

The first LEAFs to arrive were available in just one trim level that brought pretty much all the convenience features you’d need, but that changed with the revised version that appeared in 2013. That range began with the Visia model but it was pretty basic and did without items like alloy wheels and the central information screen, so it’s best avoided today. Next up was the Acenta which included both of those items, plus a fast-charging capability and the ability to control things like heater settings and charging times with a mobile phone app. The top-spec Tekna was more luxurious still, boasting the likes of LED lighting and leather trim. And in 2015 the Acenta+ added a few exterior styling tweaks and a standard 6.6kW on-board charger. The same year also saw the option of a larger 30kW battery pack – available with Acenta and Tekna trims, the additional range makes it well worth considering. Indeed, we’d advise opting for the best-equipped version you can find, especially those with improved charging capability, as it will make living with the EV that much easier. Obviously there’s no engine in the conventional sense, but what the LEAF does have is an 80kW synchronous electric motor that produces the equivalent of 109bhp. It drives the front wheels through an automatic transmission, while power for the original models was provided by a 24kWh lithium-ion battery pack. Performance was reasonable with a top speed of around 90mph, but far more important to potential buyers was range. Nissan claimed the LEAF could travel 109 miles before recharging was needed, a figure that improved to 124 miles in 2013. The larger 30kW battery promised 155 miles of range, but in all cases you can expect notably less in real-world use. Things like temperature and driving style will have an impact, but 100 miles or less is far more likely from early examples and there will be a level of deterioration over time depending on charging and use. At least Acenta models included a CHAdeMO connection for faster DC charging. The good news is that battery problems are very rare and the original five year/60,000-mile warranty was later extended to eight years and 100,000 miles. One other point is that FLEX versions had a battery that was leased (rather than bought with the car), so check the arrangement before you buy. And ensure that all the relevant charging cables are present and correct. Lastly, general servicing is still required at 18,000-mile intervals but it’s not especially pricey, even at a Nissan dealer. The looks and electric powerplant might have set the LEAF apart from anything else on the road, but the rest of the running gear was pretty conventional. The key difference was the regenerative braking system – a feature of all EVs – that helps to feed power back to the batteries, and the way it feels under foot can take a bit of getting used to at first. But modifying the way you drive to eke out as much range as possible soon becomes second nature, and the system itself is reliable; the regenerative braking means consumables like pads and discs often last longer, too. As for the suspension, it provided a comfortable ride around town although the downside was a floaty feel at higher motorway speeds that could feel a little disconcerting. Still, no one buys one of these for sharp dynamics and apart from the normal wear of dampers, bushes and steering joints there’s nothing to worry about. The high-tech cabin was certainly a departure from most family cars of the time, and it still looks eye-catching today. Digital displays and a prominent central screen to control numerous functions are the key features, and alongside those most models came with all of the convenience features that most buyers could want. It feels quite spacious and airy inside, helped in part by the light colour trim that was standard on early models although it can quickly start to look grubby. The post-2013 cars that were built at the Sunderland plant offered darker trims which may be better for the rigours of family use, and they also featured a more efficient heater. As for reliability, there’s not a great deal to worry about but it is well worth ensuring that the large infotainment screen functions as it should. Operating via an SD card, failures aren’t unheard of and replacement of the card or entire unit can be pricey. This isn’t really the place to get into the wider pros and cons of running an electric vehicle, but you won’t need us to point out that they aren’t a choice that will suit everyone. And if you are tempted, then the fast pace of development means current models are much improved compared to a car that first appeared a decade ago. But if you’re just dipping your toes into EV ownership and don’t fancy shelling out large sums on a new car then the original LEAF might just fit the bill. With few concerns over long-term reliability and the ability to do duty as a family holdall, it’s an affordable alternative that’s very much worthy of consideration. It might not be the novelty it once was, but if it suits your lifestyle you may just be converted to electric power for good. Electric cars are here to stay and they are getting better to drive and more clever with technology. The Nissan Leaf is the perfect commuter car with a decent range per size, charging from a 13amp plug socket and space to carry shopping, it makes sense. Just go for low miles and as young as possible and you’ll build in longevity. Browse the ads carefully and look at the specs as they differ between different size batteries and charging options. Read up on what’s best before taking the plunge. I believe once you do, you won’t regret electric car ownership.