Looking to buy a Porsche 911 SC? Mike and the MBM team reveal what to look out for.

The Porsche 911 had been around for more than a decade by the time the SC model appeared, and its status as one of the world’s finest sports cars was already assured. But while the range would grow to encompass numerous variants, things were a bit simpler back in 1978 – it was either the SC or the thrillingly quick 3.3 Turbo.

Fitted with a 3.0-litre flat six with Bosch K-Jetronic fuel injection, early buyers were somewhat disappointed by the 180bhp on offer but Porsche would address that, boosting output to 188bhp and then a healthier 204bhp. That resulted in a 0-60mph time of 5.8 seconds. There was a choice of body styles, though, with Coupe and Targa models, and in 1982 the SC became the first 911 to be offered as a Cabriolet.

It soon found favour – and remains a key part of today’s 911 range – and accounted for around 4000 of the 60,000 SCs that were made. Continuously improved over the years, including the option of the famous ‘whale tail’ rear spoiler, it would be replaced in 1984 by the 3.2 Carrera. 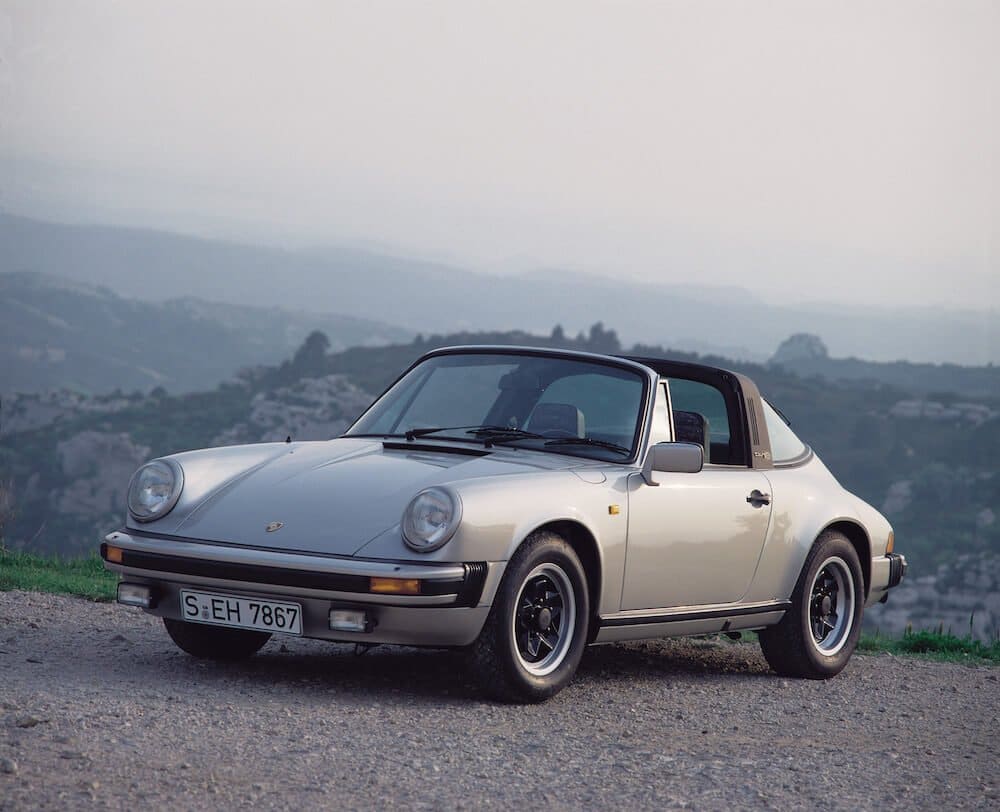 The Outside
Porsche had tried to protect the SC from corrosion by galvanising the body, but rust still poses the most serious threat to sanity and wallet. It can take hold just about anywhere, but you should focus on areas such as the wheel arches, front wings, around the front and rear screens, the ‘kidney bowls’ at the rear of the sills, and lower regions of the A/B pillars.

Careful examination of the cabin floor and front luggage compartment is required, too. Genuine replacement panels are far from cheap, and major surgery could result in a hefty five-figure bill so the need for caution is obvious.

Also, lower values in the past meant repairs and restorations weren’t always carried out to a high standard, so you could spend plenty of money undoing previous bodges. And if you’re tempted by a Targa or Cabriolet then it’s important to check the condition of the hood, seals, and operating mechanisms as sorting problems will get pricey. Ultimately, a specialist inspection is strongly advised and could save a lot of pain in the long run. 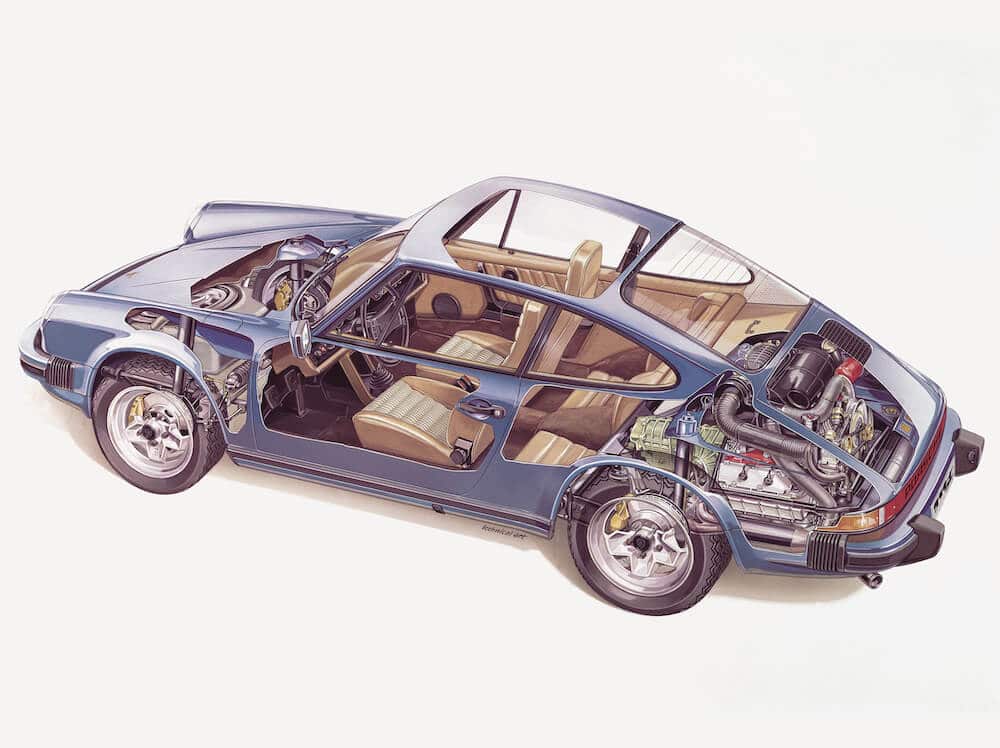 Engine and Transmission
Compared to today’s sports cars the SC’s flat-six is appealingly simple, capable of high mileages, and there’s definitely scope for DIY maintenance. That said, the cost of a professional rebuild can easily head towards £10,000 so you’ll want to be sure that the unit’s healthy before parting with any money.

The main issues to watch for are low oil pressure and signs that it’s burning oil, and listen out for the noise of worn timing chains (evidence they’ve been replaced, along with upgraded tensioners is good news). Expect some minor oil leaks, although be wary of anything too serious, while broken cylinder head studs are another potential problem.

Like the bodywork it would be wise to invest in an inspection by a reputable Porsche specialist. Ask the previous owner about any modifications, too. Transmission-wise, there was a choice of the ‘915’ 5-speed manual or (until 1979) the semi-auto Sportomatic unit. The former is the most common, and wear and tear will ultimately take its toll at which point you’ll need to budget a few thousand pounds for a rebuild.

Don’t worry about the reputation for awkwardness, though – shift quality can vary, but a sound one should prove slick in operation. Expect to pay a Porsche specialist around £1000 to replace the clutch. 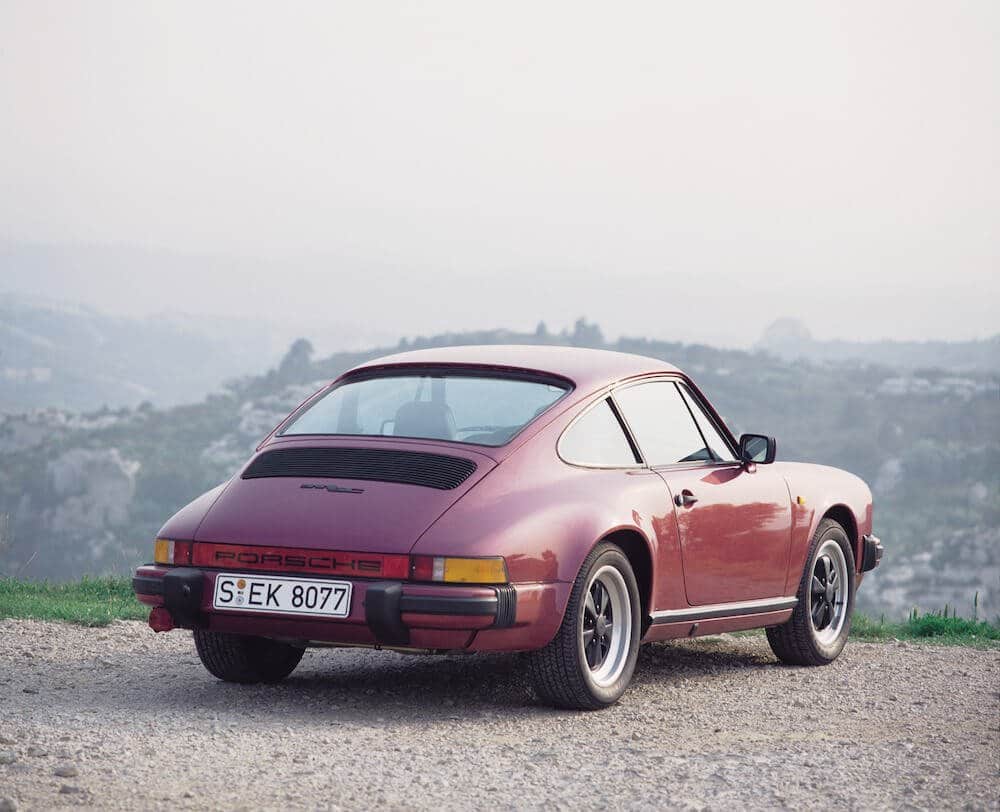 Running Gear
The suspension was essentially the same arrangement that had appeared on the earliest 911s, which meant telescopic dampers and torsion bar springs all round, with semi-trailing arms at the rear. You’ll want to ensure there’s no signs of corrosion around mounting points, but aside from the usual risk of wear and neglect there’s little else of concern.

Modifications and upgrades aren’t uncommon, so ask what’s been done and ensure you’re happy with the resultant ride and handling. Plenty of buyers prefer originality, though, so you might have to budget for returning everything to standard specification.

The all-round ventilated disc brakes gained a servo in the SC, and unless maintenance has been ignored there shouldn’t be anything to worry about here; replacing the pads and discs is around £1000 at a specialist but it’s easy enough to do yourself if you’re handy with the spanners.

The rack and pinion steering should still feel sharp and accurate, so the only other things to check are the wheels and tyres. Fifteen-inch ‘cookie cutter’ ATS alloys were standard, although the sixteen-inch Fuchs rims were a popular choice – check both for damage and corrosion, and for ancient tyres on little-used examples. 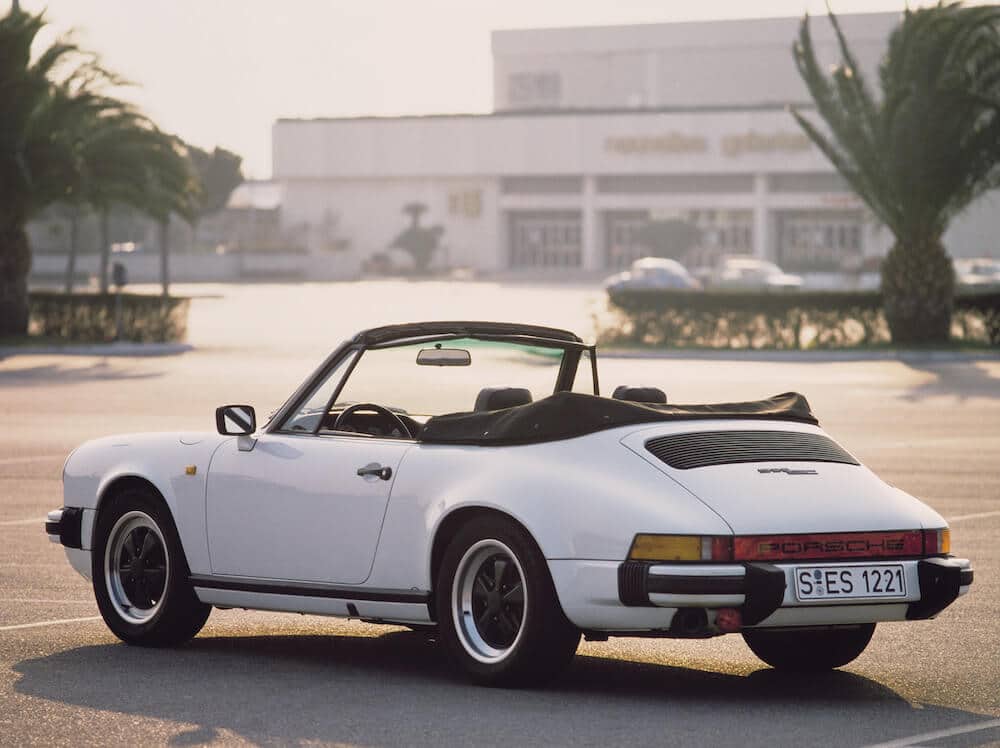 The inside
Simple and constructed from quality materials, the cabin offers plenty of character while the scattered switchgear is all part of that 911 charm. Original buyers got a choice of cloth or leather trim, plus the unusual chequered ‘Pasha’ design, and while they wear well a full re-trim won’t be cheap (for example, specialists, Design 911, sell a restoration kit for around £3700), so be wary of anything too scruffy.

While equipment levels are modest by today’s standard, it’s sensible to ensure that the likes of electric windows and optional air-conditioning still work as they should. Lastly, check that water leaks from a Targa or cabriolet roof hasn’t caused damage.

What We Say
Our own Mike Brewer loves his Porsches, and as you’ll have seen with his videos, the SC in particular. Given the way they look and drive, that’s no surprise, and as they also represent the more affordable end of the air-cooled 911 spectrum it’s easy to see the appeal.

But back when these were a cheap way into used Porsche ownership many examples didn’t get the care they needed, and that presents a risk today. An example in need of complete restoration will have a dire effect on your bank balance, so this certainly isn’t a car that should be bought in haste.

That’s the bad news, then, but bag yourself a good SC, and the sound, feel, and purity of the driving experience really is like nothing else. There’s so much character, and it makes every journey feel special, while few sports cars of this age would make such a capable daily-driver. If you’re wondering why classic 911s enjoy such a huge following, a go in one of these will provide the answer.

What Mike Brewer Says
It’s no secret I have a deep passion for the 911. I own several in different flavours, but my go-too car is always my trusty SC. It’s a car that’s not too hard core, not too scary – it’s just enough and to be behind the wheel looking down that sloping bonnet as you plant your foot is intoxicating. The sound of that revving flat 6 boxer behind you pushing you deep into the seat with oodles of torque will have you grinning from ear to ear.

I think I’ll always have a SC in my life I just couldn’t imagine a time without it, and although I got my Porky nice and just where I want it, I now want more and with a whole vast world of clubs, parts, experts to choose from my car can keep changing with the times to suit me.