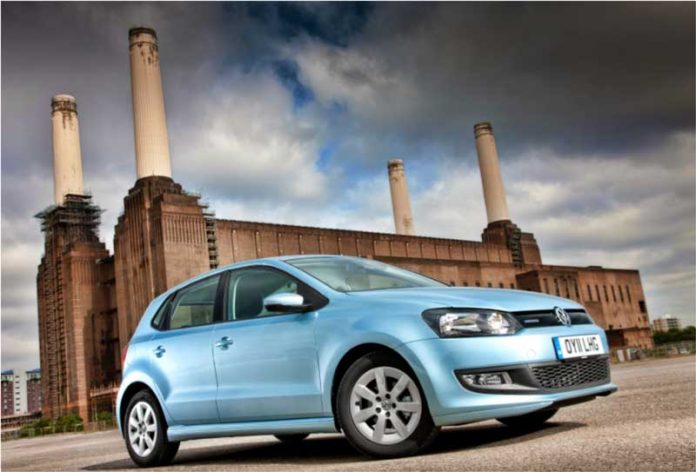 In recent years, pressure on gas-guzzlers to reduce their environmental impact has been rapidly going up. Because of this, it’s safe to say that fuel economy and carbon dioxide emissions are two factors high up on most people’s car buying tick list. Unfortunately however, economical cars can be expensive, especially with the likes of hybrid and electric power only properly gaining traction over the last few years. Is it possible to have the best of both worlds – an economical car under, say, £5,000?

This funky small car is perfect if you need an economical city run-around. The Toyota iQ may have just a little 1.0 litre engine with close to 70bhp, but that’s all you really need to whizz around the dinky streets of your local town centre. Plus, with such a motor as the one in the iQ, it’s extremely efficient – you should get a combined MPG of 65, and it only pumps out 99g/km of carbon dioxide. It’s impressively spacious for such a small car, too. Another great economical city car is the Skoda Citigo. The name’s pronounced ‘city-go’ and it does exactly that. Again, it’s powered with a rather small 1.0 litre engine with a modest amount of horsepower – 59bhp to be exact. And with a choice of either a three-door or five-door version, this little car offers a generous amount of practicality. You won’t have much trouble finding a good spec in good condition on the used market for under £5,000. The Skoda Citigo is cheap to buy and cheap to maintain – it’ll do an average of 68mpg and CO2 emissions are just 96g/km. If you want a cute and retro small hatchback, but are on a tight budget, you can’t go wrong with the Twinair variant of the iconic Fiat 500. It may only have a miniscule 0.9 litre two-cylinder engine, but it’s quicker than the previous two city cars on this list and has more horsepower (85bhp). This means you can drive around without having to rev it too hard to get the best from it. What you also don’t need to worry about is economy, as it should average 68mpg and pump out just 95g/km of carbon dioxide. Following the retro theme on from the 500, we have the Mini Cooper D Hatch. Being a 1.6 litre diesel (hence the D in its name), it’s fairly quick and economical. It’ll do 74mpg and only kick out 99g/km of CO2, while still having 112bhp and doing 0-60mph in 9.7 seconds – ample performance for an economical small hatchback. Combine that with the Mini’s signature go-kart like handling, and you’ve got yourself a car that’s fun, yet friendly to both the environment and your wallet. Similar to the Mini, the Volkswagen Polo Bluemotion is diesel powered (it was offered with a petrol engine later on – an option outside of the budget however). And even though it isn’t faster than the Mini, the Polo is more economical. It’s 74bhp 1.2 litre engine allows this hatch to achieve a staggering 80mpg and CO2 emissions are pegged at only 91g/km. It should also be said that the Polo is the largest and most practical hatchback on this list. If you don’t necessarily need a lot of practicality, just the smallest city run-around you can find, look no further than the Fortwo. The little Smart car (as people often call it) has generated quite a reputation over the years. It’s incredibly short wheelbase and two-seat layout means it’s really only good for short trips into the town centre. But sometimes, depending on who you are, that’s all you really need. And with its 71bhp 1.0 engine only putting out 100g/km of CO2 and MPG figures at an average of 64, ownership shouldn’t hurt your wallet too bad either. From the smallest car to the biggest car on this list, here we have the Volvo V50 estate. Go for the 113bhp 1.6 litre DRIVe model like we recommend, and you should achieve 74mpg and CO2 emission figures of just 99g/km. Considering its size and capability, to be able to hit those figures is impressive to say the least. The V50 is the most versatile car out of the eight, meaning you don’t have to sacrifice practicality for the sake of economy. It can also be had for a complete bargain on the used market. Think the Smart Fortwo is the only quirky small city car out there? Well think again because if anything, the Renault Twizy is even quirkier. For starters, the driver sits in the middle (because of the car’s width or lack of width), with the passenger siting behind. Furthermore, it has scissor doors just like a Lamborghini – that’s something you don’t see everyday! The Twizy is entirely powered by electricity – a 6kWh battery with 17bhp to be exact. Of course, there are zero CO2 emissions and battery range is pegged at 62 miles. It has been designed, as you may have already noticed, for cities and short journeys exclusively.