FeaturesBest of & Buyers GuidesPLAYMOBIL has lots for the nostalgic dads!

Father’s Day is just around the corner! 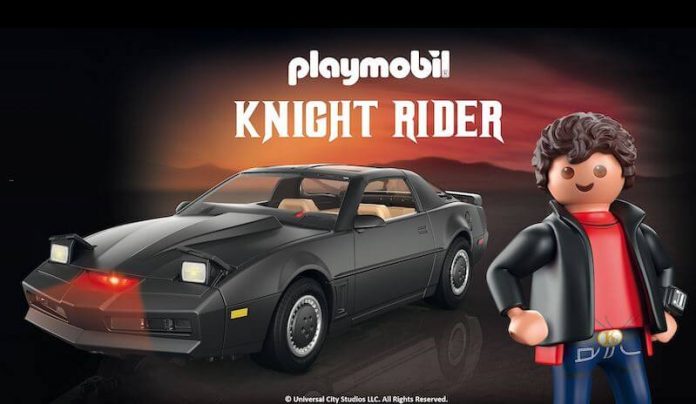 With Fathers’ Day looming, why not call on PLAYMOBIL to treat your dad with a present he won’t be expecting.

For the nostalgic dads

This year the classic 1980s TV series Knight Rider celebrates its 40th anniversary. To commemorate the milestone, PLAYMOBIL has launched a brand-new replica of the iconic talking car K.I.T.T, the perfect gift for dads who love to relive their childhood.

Just like his onscreen counterpart, PLAYMOBIL‘s K.I.T.T. is equipped with a whole range of authentic functions, such as a printer underneath the dashboard for printing out mug shots, a rotating number plate, and a cord with a grappling hook, pop-up headlights, and a detachable roof. K.I.T.T. features electronic sounds and lights operated by touch-feature on the vehicle’s hood. The vehicle quotes lines from the series in the original iconic K.I.T.T. voice. Certain quotes are heard with the on/off function, while others play randomly. At the same time, the iconic scanner light on the front of the vehicle lights up, and the dashboard lights flickers. – Everything as your dad will remember it.

For the collectable dads 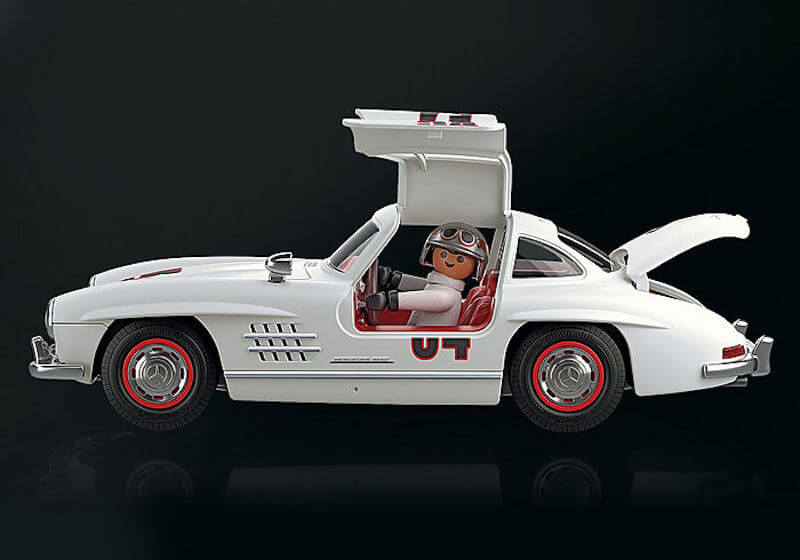 PLAYMOBIL has released three iconic classic cars. For dads who deserve something extra special, invest in their childhood by gifting them one of the legendary sports cars in the Mercedes-Benz 300 SL The classic sports car icon from the 1950s with legendary gullwing doors.

When it was unveiled at the International Motor Sports Show in New York in 1954, the Mercedes-Benz 300 SL was considered the fastest sports car of its time, reaching top speeds of 228 mph. With its gullwing doors, gasoline direct injection, and lattice tubular frame, the 300 SL is highly-recognizable. The 300 SL’s recipe for success is its perfect blend of rough-and-tumble racing character mixed with a dash of luxury and extravagance. And now, the dream sports car of the 20th century appears as a PLAYMOBIL version with legendary, hinged gullwing doors, chrome-coloured bumpers and radiator grille, and 50s accessories. Easily open the gullwing doors to seat the figures. There is more than enough room in the trunk for storage. With the help of the pit board, the driver stays informed about his position during the race.

Set includes a race car driver, mechanic, toolbox, finish line flag, pit board, and many other accessories for a fun race around the track. The included table plaque lists the sports car’s most important information.

Who hasn’t dreamed of owning a real Porsche as a child? 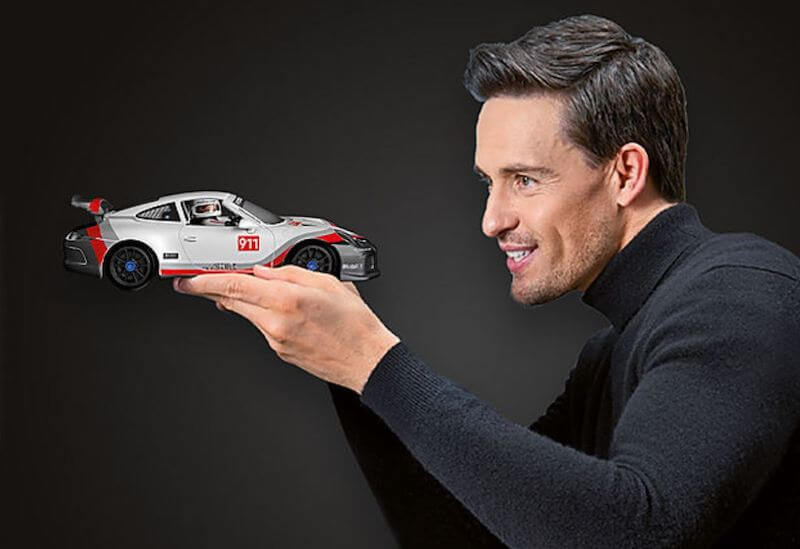 With the Porsche 911 Carrera RS 2.7 a real nostalgic sports car is now coming to the PLAYMOBIL range. The world’s first road sports car with front and rear spoilers also cut a great figure as a PLAYMOBIL model. The detailed and lovingly designed body with its legendary shape, and aerodynamic details, like the rear spoiler, better known as ‘Duck Tail’, will not only delight sports car fans.

The rear-view mirror and headlight rings in a noble chrome look as well as the curved Carrera lettering on the side give the classic car a special elegance. The roof is removable for inserting the figures inside the car. When the rear bonnet is opened, it reveals the 6-cylinder boxer engine. Whether it’s a sporty road trip or a winding country road: with the Porsche 911 Carrera RS 2.7 from PLAYMOBIL, every drive is an experience. A unique sports car model that no collection should be without! The playset includes a Porsche 911 Carrera RS 2.7 from PLAYMOBIL in a chic yellow colour with a removable roof and rear bonnet that can be opened, two PLAYMOBIL figures with a picnic basket, blanket and road map as well as other extras for an unforgettable trip. The included presentation sign lists the most important data about the sports car.

For the dads who like a bit of movie magic 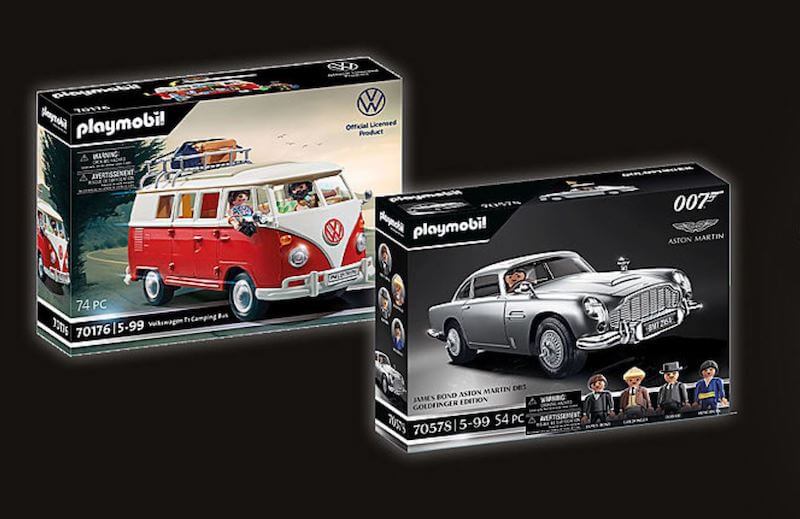 Let’s not forget the James Bond Aston Martin DB5 – Goldfinger Edition with authentic gadgets including the passenger ejector seat and revolving number plates which first appeared in Goldfinger (1964) or the infamous A-Team van from the 80’s with extensive interior equipment, as well as the legendary characters Hannibal, B.A., Face and Murdock.