Mike Brewer Motoring looks back at the fast Fiesta. 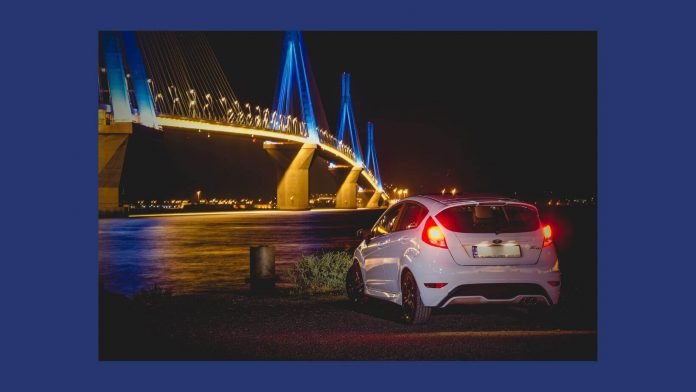 Ford might have called time on its huge-selling Fiesta but many an enthusiast has been beguiled by the looks and performance of the various XR, RS and ST iterations. 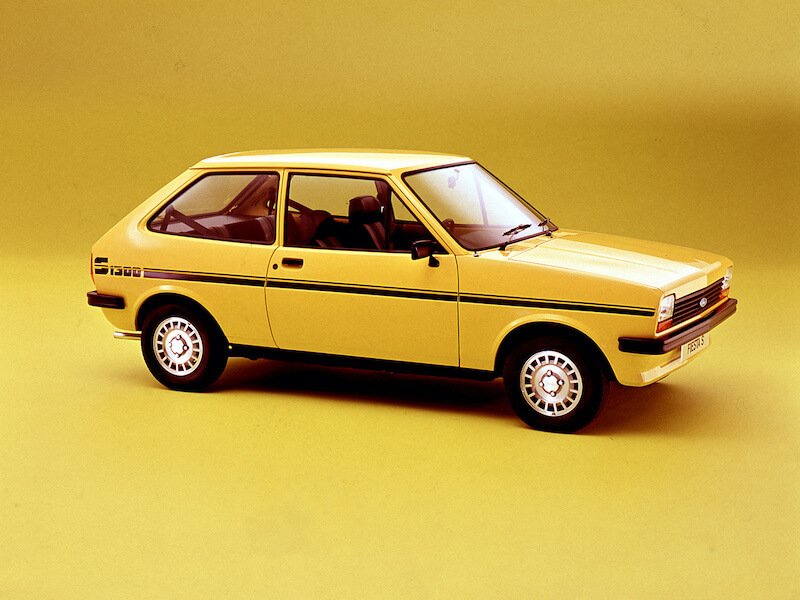 Just a year after the Fiesta’s launch Ford knew something with a bit more pep was required, and the result was this. Okay, with just 66bhp it was no road-rocket – it couldn’t quite crack 100mph – but it was a taste of things to come. It did get some mildly-uprated brakes and suspension, though, while natty decals let the neighbours know you enjoyed sporting fun on the way to the shops. 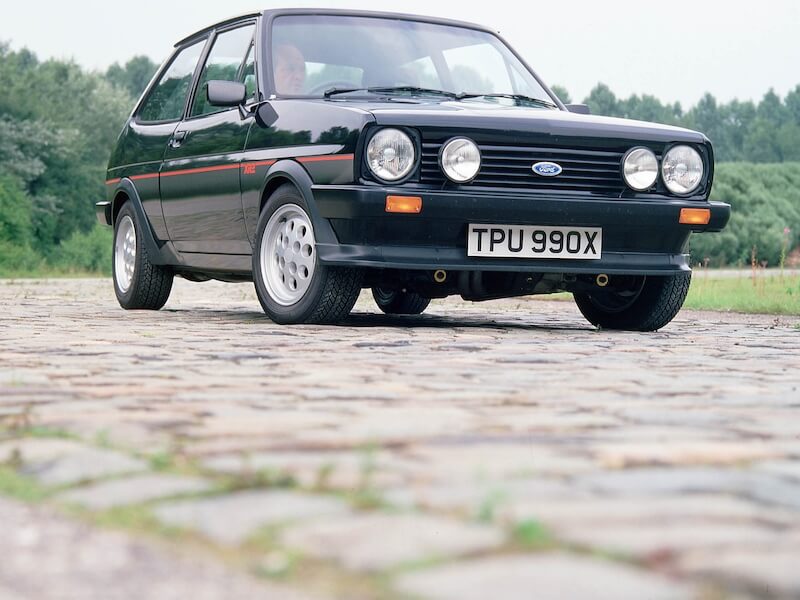 This was where things started to get interesting, with Ford’s Special Vehicle Engineering department working their magic. A rear spoiler and ‘pepper pot’ alloys meant it looked the part, while larger brakes and firmer suspension set it apart from more mundane models. And with 84bhp on tap from the 1600cc engine it could manage 0-60mph in less than 10 seconds. Good ones are very sought after today, and rightly so. 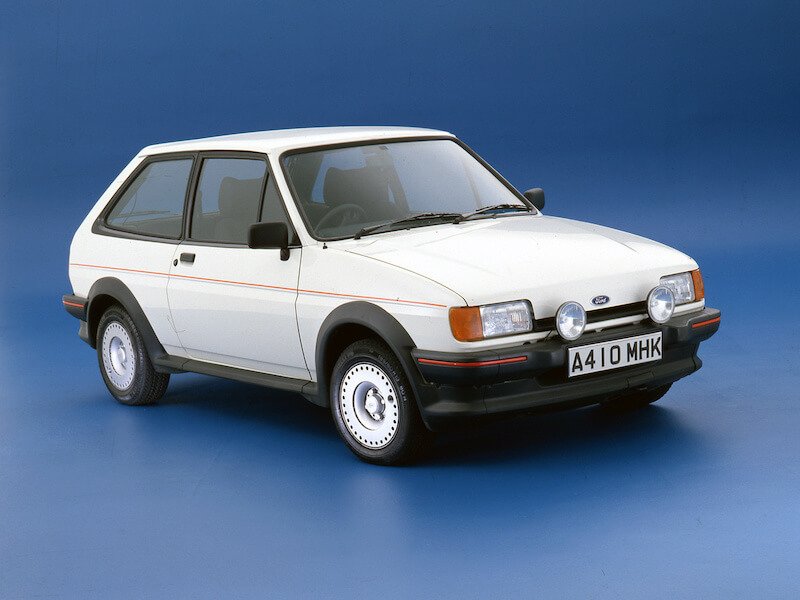 It was no surprise that Ford wanted to repeat the success of the first generation, and the Mk 2 got more power and performance courtesy of an engine and 5-speed gearbox borrowed from the larger Escort XR3. With 95bhp on tap it was good for 110mph and 0-60mph in 8.7 seconds. Prominent sill and wheel-arch extensions provided a racier look, and this fast Fiesta proved a big hit with buyers. 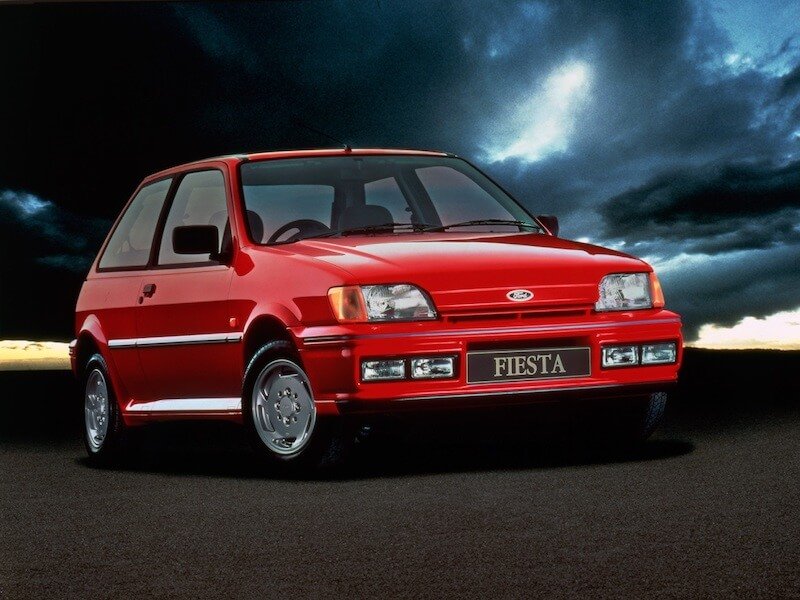 A proper hot hatchback needed that all-important ‘i’ on the back, and that’s what buyers got for the third generation. It certainly felt like a stronger performer in a straight line, the bank of driving lights in the front bumper provided the sporty looks that enthusiasts wanted, and it was well-equipped but the XR2i didn’t get the rave reviews Ford expected. The somewhat lacklustre dynamics were responsible, but something far hotter was in the pipeline. 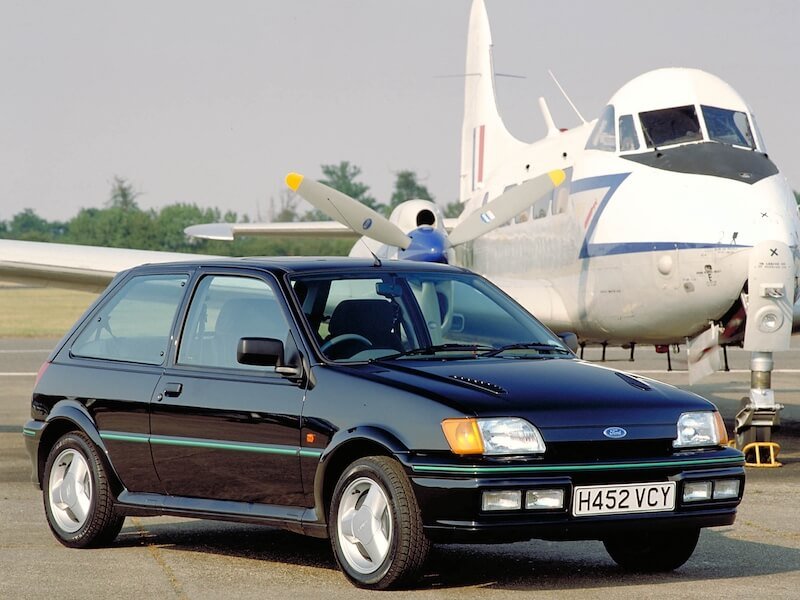 In a bid to hit the performance big league Ford bolted a Garret turbocharger to the Fiesta’s CVH engine, and the result was certainly quick. A punchy 133bhp meant almost 130mph and a sub-eight second 0-60mph time. A vented bonnet and three-spoke alloys provided the small car with extra attitude, and perhaps made up for the fact that things could feel a bit wayward when you deployed all of that power. 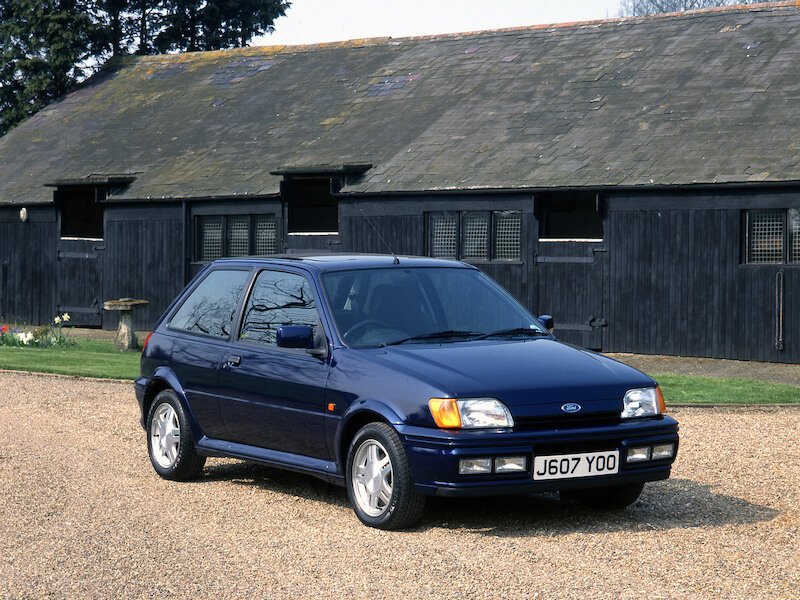 The turbocharged tearaway was replaced after just two years, the hotter Fiesta getting a normally-aspirated version of the 1.8-litre Zeta engine. Power output and outright performance were slightly down on its predecessor, but it was still no slouch when you were in the mood while the less frantic feel was no bad thing. The later adoption of power-assisted steering improved the driving experience, too. This version is a bit of a rarity today. 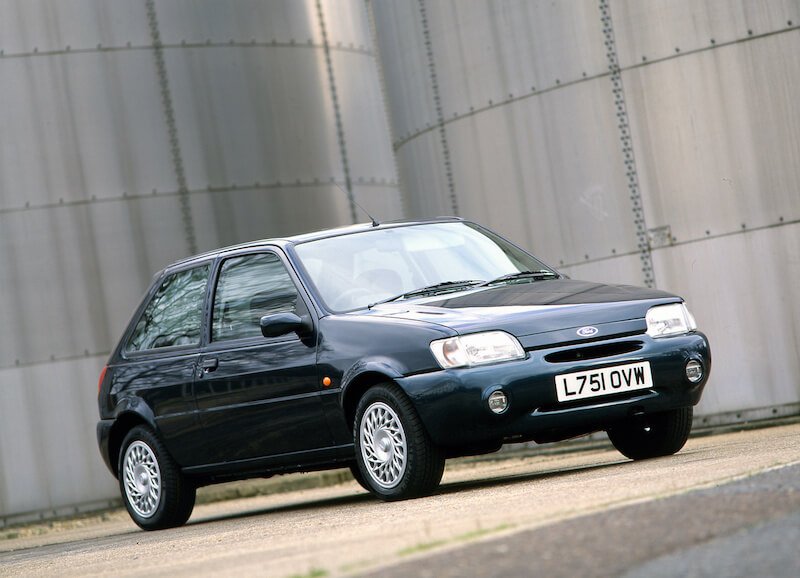 The need for a more insurance-friendly model saw Ford rein things in a bit, with buyers getting a choice of 75bhp 1.4 or 90bhp 1.6 versions. The latter managed 0-60mph in 11.7 seconds, but while performance was down the Si felt more mature to drive than previous iterations. It certainly handled neatly enough, though, and opting for the bigger engine meant driver’s got to sit in extravagantly-winged sports seats. 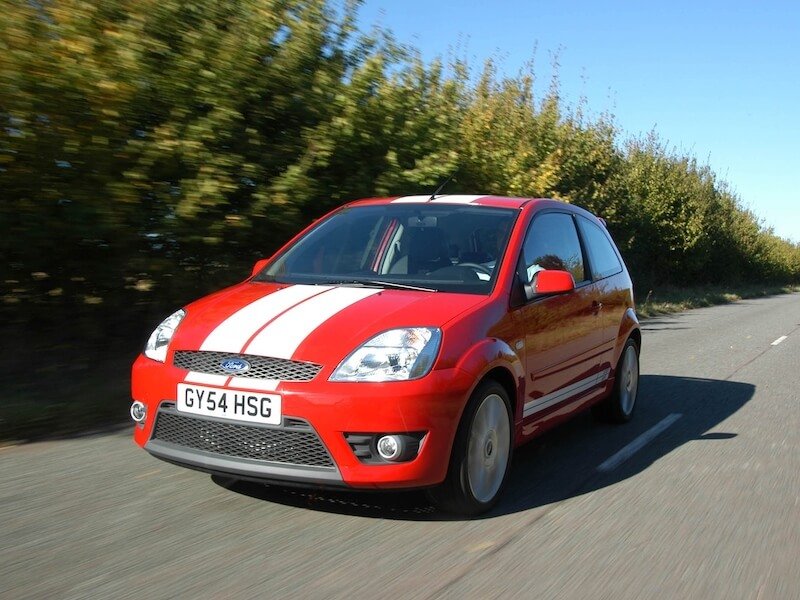 You can argue amongst yourselves as to whether this is the fifth or sixth generation of Fiesta, but the important thing is that power and performance were firmly back on the menu. The 2.0-litre 148bhp engine packed decent punch and it was allied to a sound blend of ride and handling. Spacious and well-built, this is a cracking modern classic and upwards of £2500 should bag one in good condition. 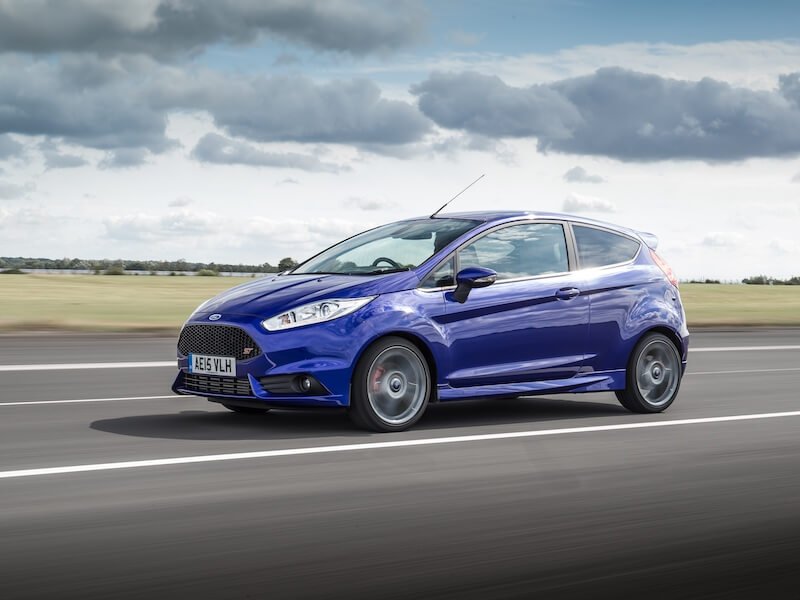 Ford stuck with the ST badge for its hot Fiesta and the version that arrived in 2013 packed a proper punch thanks to a turbocharged EcoBoost engine. Offering 180bhp as standard, up to 197bhp was available with 15 seconds of over-boost which meant nigh-on 140mph and 0-62mph in just 6.9 seconds. Tastefully sporting inside and out, it handled superbly and offered more driver entertainment than cars costing twice the price. 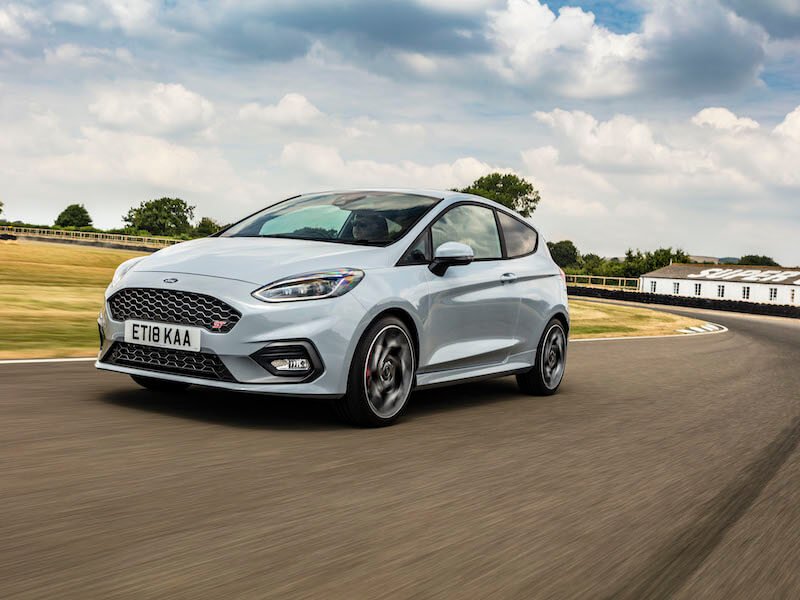 Developed by the Ford Performance division, the latest generation is an absolute belter. A 1.5-litre 3-cylinder engine produces the full-fat 197bhp so it’s properly quick, while trick springs and dampers provide it with real agility on a twisty road. The provision of Normal, Sport and Track driving modes further increases its entertainment potential, too. There’s not going to be another, so this quick Fiesta is definitely one to savour.

Nearly three quarters of Brits say that they have a good grasp of the English language, yet a new survey has revealed that nearly...