FeaturesBest of & Buyers GuidesThe best used 4x4s for under £4,000 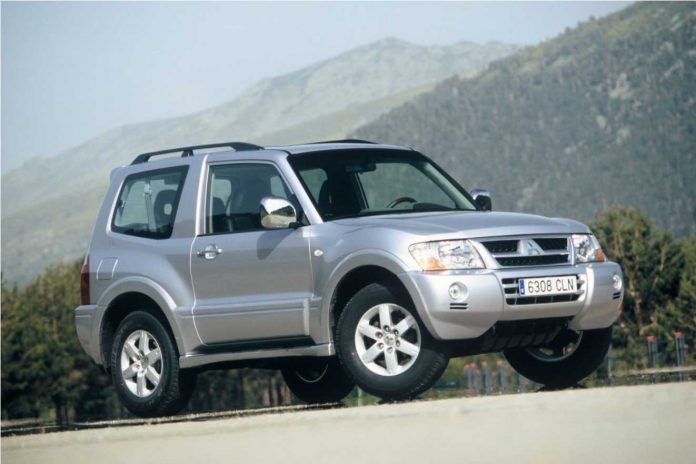 A great number of the population opt for a four-wheel drive car, and they often have very different reasons for doing so. For some, it may be a necessity — with those who live in particularly rural areas relying on the added traction of a four-wheel drive vehicle (not to mention the extra ruggedness and ride height that often comes along with this drivetrain) to get them where they need to go.

For others, four-wheel-drive is about dynamics – a different way to put power to the ground, and one that can produce some brilliant performance cars. While rear-wheel drive cars may provide more drama, four-wheel drive can often produce a faster-accelerating machine.

If your needs tick either of those boxes, we’ve rounded up some of the best bargain 4x4s on the used market – all of which can be had for under £4,000 in good condition.

Ok, fair enough — Land Rovers are known to be money pits and buying one for £4k could just mean it’s still got £4k left to spend in maintenance bills. But choose carefully (and harness the very real power of wishful thinking) and you could end up with a great example of one of the most legendary off-roaders in the world.

The Discovery took everything the Range Rover or Defender could do and wrapped it in a superbly user-friendly, comfortable and spacious seven-seat bodyshell. There are few vehicles that can do what this car can do, which is just as much home at the country club as it is schlepping through the school run. Just set aside some money for maintenance — you’ll need it. The current Suzuki Jimny took the car world by storm, but the original model was so good that it remained in production for almost two decades. That’s an impressive show of solidity from the tiny Jimny.

This pocket-sized mud-plugger will keep up with the big boys any day, courtesy of its proper separate chassis, low-range gearbox and selectable four-wheel drive. Sure, it’s a bit gutless on the road and will struggle to fit in any more than two adults and a carrier bag — but it knows its purpose, and executes it brilliantly. Ratty examples cost barely anything, but £4,000 will net you a tidy car that’s not had too much misuse. Cheap four-wheel-drive machines don’t all have to be used-and-abused SUVs that have seen a lifetime of towing or farm work — and the Subaru Impreza Turbo is an example of this.

While the fire-breathing WRX STI and lesser WRX may have taken the limelight in the Impreza’s heyday, the humble Turbo offered a similar driving experience to its rally-born brethren, but for a lower cost. Good examples can be hard to find now, but a handful of early, unmolested cars come in under our budget. Until it was withdrawn from the market in 2019, the Mitsubishi Shogun had been on sale in the UK for almost forty years – a testament to its proven track record of being a rugged, dependable real go-anywhere machine.

But while those last versions would have cost £40k+ to buy new, a tenth of the price can get all of that — just in a less polished package. Late second-generations can be had within our price and, although they may have seen some action over the years, will still offer just as much function as a newer Shogun will. When it comes to off-roaders, there’s only one name that’s as iconic as Land Rover — and that’s Land Cruiser. Toyota’s offering in this segment is a true legend, famed for unshakeable reliability and unstoppable off-road capability.

Our budget will net you a fairly tidy example, and in the UK there’s every chance it’s been used in little more than the school run. And even if it hasn’t, these cars will run forever if maintained correctly. The original Audi TT was destined to become a classic right from its conception. Introduced back in 1998, the coupe boasted sleek styling that has stood the test of time — to the point it could pass off as fresh from the showroom today.

Thanks to its instant cult status, Audi didn’t struggle to shift TTs and the result was a huge volume of examples produced, which can be had for a surprisingly cheap price on today’s market. Although a tight squeeze, our budget can grab you a well-kept, 1.8-litre petrol ‘quattro’ model — and it’s unlikely it’s going to lose value anytime soon. Adorable? Check. Tiny footprint? Double check. Surprisingly capable on the rough stuff? That’s a hat-trick for the Fiat Panda 4×4 — which is one of Italy’s most beloved institutions and a brilliant little all-rounder.

Whether you opt for the barely-distinguishable standard 4×4 or the rugged and beefy Cross, the Panda 4×4 offers a remarkable amount of traction and will embarrass many a larger 4×4 in mud or snow. Good examples can be had for well under our budget.

The Jeep name is synonymous with genuine go-anywhere ability, with the firm boasting a proven track record of producing seriously capable machinery since its WWII roots.

Ok, so the Cherokee may not be quite as tough the Wrangler — but it still invokes a lot of the American brand’s DNA, and at a seriously budget price. Our budget can net a high-spec V6 model, giving you a real taste of Americana. We can’t promise it’ll be cheap to run, though. 4x4s had been steadily making their way into the mainstream for some time, but it’s arguably Volvo that pioneered their use as a family car and rung the death knell for the humble MPV way back in 2002. The XC90 may have looked like an SUV, and acted like one – but its main purpose was to make mum and dad feel like the kings of the road.

Said parental units would be delighted with the Volvo’s family-friendly features, adore its class-leading safety and be reassured by its hefty stance and four-wheel drive. Fast forward just 15 years, and now we can’t move for family crossovers and SUVs. Thanks, Volvo. Luckily, the XC90s popularity and solidity means there’s still loads of examples around. The CR-V may not get the pulse racing, but those who value space, comfort, practicality and reliability will appreciate it. It’s certainly got the chops for family living — think of it like a Civic with four-wheel drive and you won’t be far wrong.

There’s tons of choice at this end of the market, and you’ll be able to opt for either a very tidy second-generation model or a slightly baggier third-gen. Be glad you’re able to buy one at all — many CR-V owners choose to hang on to them, preferring their practical Hondas to more modern crossovers.