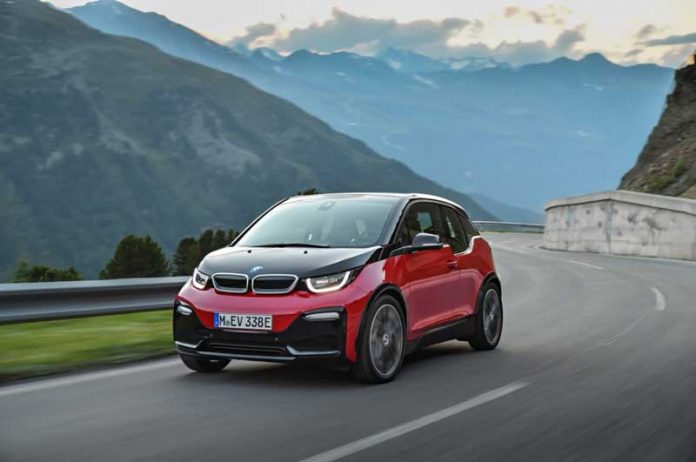 There are two stigmas that surround hybrid cars – one is that they aren’t fun, and the other is they aren’t cheap. This is true to an extent, as hybrids often prioritise economy before driver engagement, and manufacturers tend to charge you a considerable amount for the powertrain.

However, as you’re about to see, there are some hybrids that defy these trends. Here are five economical cars that deliver a great drive and all go for under £25,000 on the used market…

Everyone knows the icon that is the Volkswagen Golf GTI and perhaps its diesel counterpart, the GTD, too. Though you may not know about the hybrid version named the GTE. Utilising a 1.4-litre petrol engine and an electric motor, this Golf isn’t quite as quick as its petrol sibling, but 0-60mph in 7.2 seconds is not slow by any means. Plus, it’s pretty fun to drive and overall is a well-polished all-rounder. For more practicality, there’s also the larger VW Passat GTE. This sporty version of the i3 is lower, wider and more powerful than the standard model – well, only by 13bhp. Still, it’s very nippy and confidence inspiring, especially with this cool-looking ‘s’ version – a very attractive package for under £25,000 used. The Suzuki Swift 1.0 Boosterjet SHVS is quite the opposite of the i3s. This Swift is petrol powered apart from a mild-hybrid system designed to slightly increase fuel economy and reduce CO2 emissions. You might be led to think that this tech would add too much weight and ruin the Swift’s amazing agile character. But in fact the Boosterjet SHVS (Smart Hybrid Vehicle by Suzuki) only weighs a mere 980kg, meaning you can still chuck it around to your heart’s content. Wish that your nice Audi hatchback could be a little kinder to the planet? Introducing the A3 E-Tron – just like your regular tried-and-tested A3 but with a hybrid powertrain. Like the Golf GTE, the E-Tron uses a 1.4-litre petrol engine and an electric motor to deliver its performance. While not quite as quick as the VW, the Audi is a more upmarket product. This is the one to go for if you want a peppy yet posh hybrid hatch. Being based on the class-leading BMW 3 Series means the 330e appears as if it’s just your everyday, run-of-the-mill saloon car – but in reality it’s a lot cleverer and fun to drive than you may think. It’s really rather rapid this thing – 252bhp makes for 0-60mph in just a tenth over six seconds. This is mainly down to its 2.0-litre engine having 184bhp even before the electric motor is added to the equation. Also, being a 3-series, it offers an engaging and enjoyable driving experience. So, to sum up, it’s fun, fast, economical and practical – what more could you possibly want?