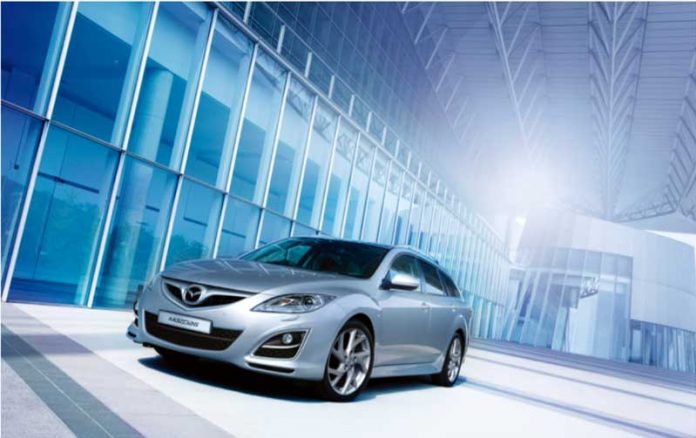 Performance and practicality are two things that are increasingly having to be put together to meet the rising demand for cars that do everything – cars that don’t sacrifice one aspect of their character for the sake of another. We’ve seen this in the rise of fast SUVs and estates, some of which can outrun some supercars. Today though, we’re going to look the best fast estates that you can pick up for £8,000 and under. Is it possible to buy a fun yet family friendly car on such a budget?

Volvos have never been renowned for being particularly quick or fun to drive. Up until recently when they started getting all stylish and sleek, Volvos used to be known as the boxy cars that were bought mostly because people needed practicality over performance. However, in the time between this transition, some Volvos like the V50 T5 crept slightly into fast estate territory.

This is mainly down to the engine – the T5 has 2.5-litre petrol engine with 220bhp that will get this wagon from 0-60mph in less than seven seconds. It’s deceptively fast, and can be yours for under £8,000 (though they are quite scarce). A slightly slower diesel D5 is also available. Alfas are a bit of a tricky one. You see, most models aren’t that fast but occasionally you can find some of the quicker ones on the used market – and the 159 Sportwagon is a great example. Try looking for either a 1.8 litre turbo or 3.2 litre naturally aspirated one, as they are the fastest. Tread carefully though, as most on sale are high milers.

Apart from that, is there anything else to be said about the 159 Sportwagon? Well, the main thing to say is that it’s one of the prettiest estates ever made. Just look at it! Audi’s fast estates are some of the estates out there. The RS6 is one of the best all-rounders ever made, and the RS4 Avant’s not bad either. But on a budget of £8,000, those two cars might be out of reach. However, you needn’t fear, because the S4 Avant is still a very good choice.

You get a 4.2 litre V8 with almost 350bhp in the S4 pictured above, which is sure to surprise some unexpected passers-by when your Audi estate sounds like this one does. It is worth mentioning though, that like some of the cars on this list, the V8 S4 Avant is becoming quite a rare car, and reliability will always be a concern with a car that is over 10 years old. Another good German estate is the BMW 330i or 330d Touring. Unfortunately, BMW never made an M3 estate, so this is as fast as you’re going to get in a 3-series estate (of this generation). But with an almost 300bhp 3.0 litre estate, you have all the performance you really need. And unlike the cars above in the list, it’ll be easier to find one in good nick for a good price. You may recognise this generation of Octavia vRS as the go-to unmarked police car for the past few years. Either in estate or saloon form, many officers would use this vehicle to sneak up on unsuspecting criminals who don’t know their regular Octavia estate from their vRS version. But that’s part of the beauty of this car; because the subtle visual upgrades over the standard Octavia don’t make you twig it’s something special, which makes its performance even more surprising. The Mazda 6 2.5 Sport is another deceptively fast car that is sure to fool some people into thinking you’re driving a regular estate. However, like most of the cars on this list, its engine is its trick up its sleeve – in this case, a 168bhp 2.5 litre unit. Now, that may not seem like much, but in an estate that’s enough to entertain when you’re in the mood. Furthermore, it’s one of the cheapest cars out of the eight, starting at just a few thousand pounds. Wait, before you say a Vauxhall Insignia can’t be on a list of fast estates, just take this into account: the 2.8 litre Turbo engine can launch the Insignia from 0-60mph in just 7.1 seconds – which is enough performance to surprise most. Yes, admittedly you’ll struggle to get a VXR version on this budget; to most this 2.8i Turbo version will be more than enough to get you around at some speed. We don’t hear about Saab that much anymore. Since the company went bust in December 2011, nothing has really happened that could bring back the carmaker from the dead. However, although the company has gone, not all its cars are. A lot of them are still going, like the 9-3 estate. The one you want though (the fast one) is the increasingly rare 2.8 litre version. Why? Because it’s properly quick. It has 250bhp and does 0-60mph in 6.6 seconds, making it one of the fastest cars on this list.