Which cars and shows do you remember? 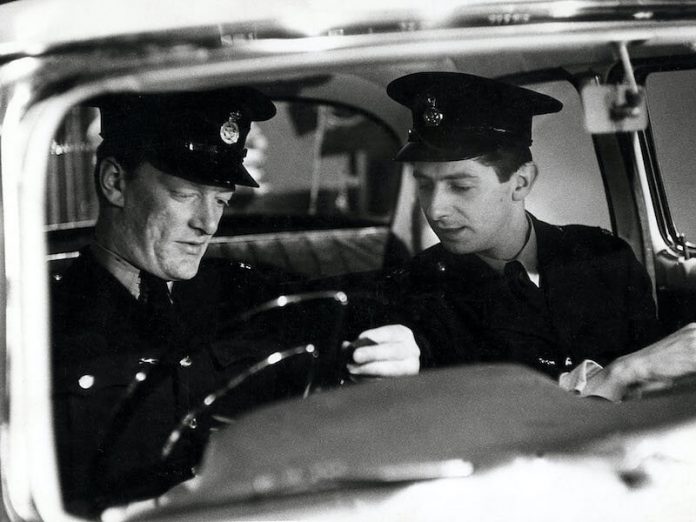 Who doesn’t love watching a police drama unfold on the big or the small screen? Over the years the many shows have featured a number of different vehicles. Here’s our friends at Lancaster Insurance’s Top Ten British film and TV police cars.

This Top Ten British film and TV cars could have easily become a ‘Top One Thousand’. Some readers might recall the Rover P6 in Loot, others the Wolseley 6/90s of The Wrong Arm of The Law or the Triumph 2.5 Pi Mk. II in The Medusa Touch. Then there is Austin A95 Westminster in Violent Playground, the Vauxhall Cavalier Mk. III in Wycliffe and countless others. Our list sets out to provide a cross-section of the police cars seen at your local cinema or as the highlight of evening television. Or even as black and white images one afternoon on BBC2… 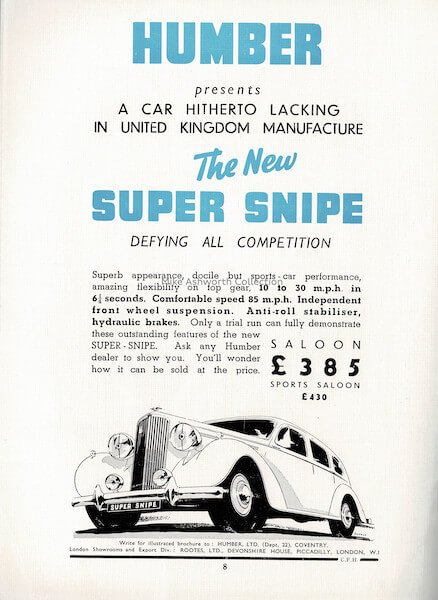 The Blue Lamp not only set the standard for post-war British crime films, the location work also gives a fascinating impression of London just four years after WW2. The opening credits are of the Humber speeding along Harrow Road, while the chase scene with the Buick takes place in Wornington Road, Portobello Road and Ladbroke Grove before the villains’ crash in Sterne Street. When the film entered production in 1949 Ealing Studios were greatly assisted by the Met. during the entire shoot while Jack Warner’s PC George Dixon was revived in 1955 for the BBC’s Dixon of Dock Green. 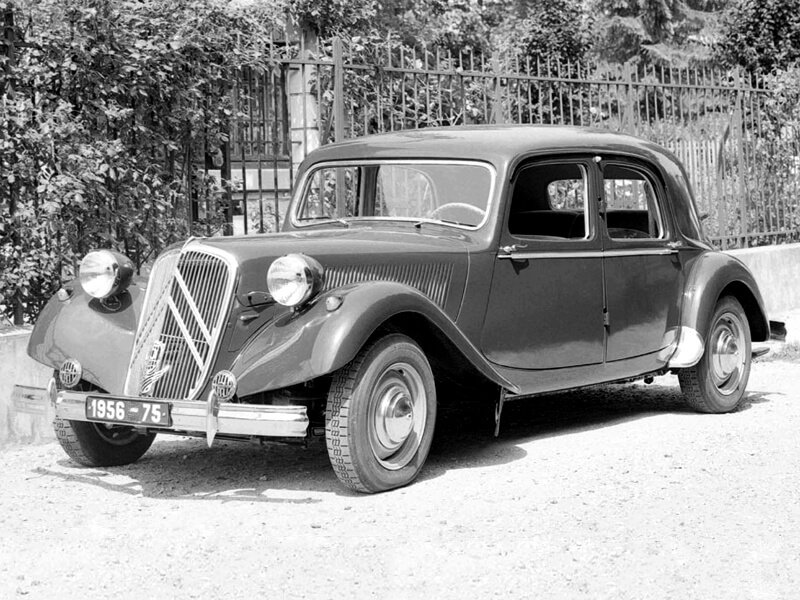 One for the most famous screen police vehicles of early ‘sixties TV was the Citroën 15/6 used by Rupert Davies as Jules Maigret. Several Traction Avants were used for the Paris location work, and after the BBC filmed the last of 52 episodes in 1963, the actor acquired the main car from the hire company for the princely sum of £50 and brought it home to the UK. His son Tim has recalled how the 15/6H cornered “in an extremely entertaining way, the Michelin tyres making a remarkable noise. Negotiating roundabouts became an art”. Today, the Commissaire’s transport is currently under restoration in London. 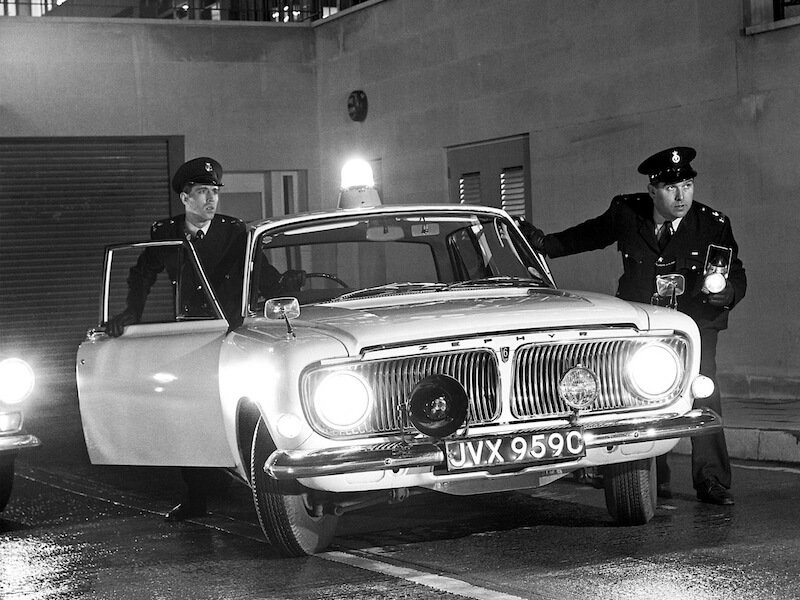 On the 2nd January 1962, the BBC premiered a new police series entitled Z Cars which concerned two unmarked Zephyr Mk. IIs patrolling ‘Newtown’ in the North West of England. The template for the show was the ‘Crime Cars’ established in 1959 by Colonel Sir Eric St Johnston, the Chief Constable of Lancashire Constabulary. This system allowed beat officers to cover a far wider area and the BBC’s researchers note “the Seaforth Crime Patrol use a Ford Zephyr”. Genuine squad cars featured in the first series, with Ford GB supplying the Zephyr 6 Mk. IIIs for the subsequent programmes. BD to Z Victor One. 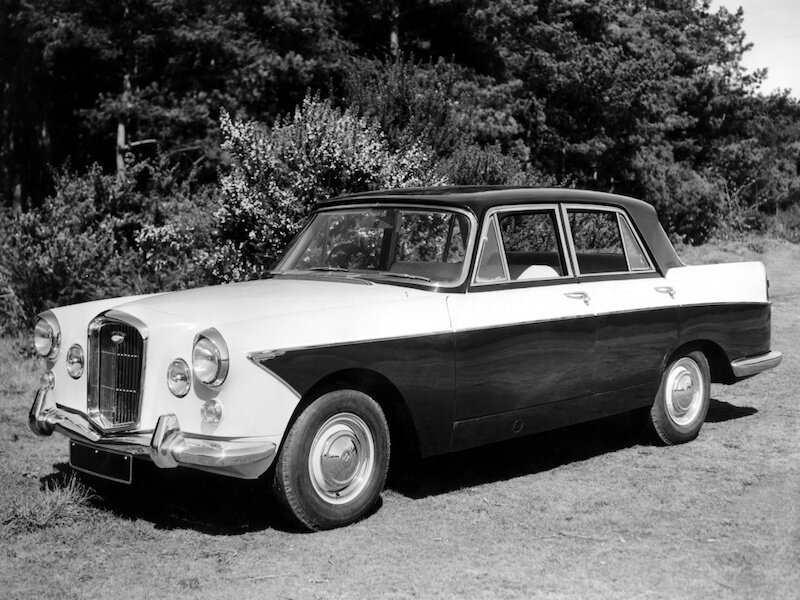 We could have selected Edgar Wallace, Scales of Justice, The Fast Lady, The Sorcerers, The Jokers, and No Hiding Place- in fact, any number of productions. The reason for selecting Gideon’s Way is that in each of the 26 stories shot between 1964 and the spring of 1965, John Gregson’s Commander Gideon seemed to pick up a black Bakelite ‘phone and order a hoard of Wolseleys to descend on St. Katherine’s Dock.  The Reluctant Witness is particularly recommended as a. Mike Pratt plays a fiendish scrap metal merchant and b.  An appearance by Peter Purves as one of his assistants. 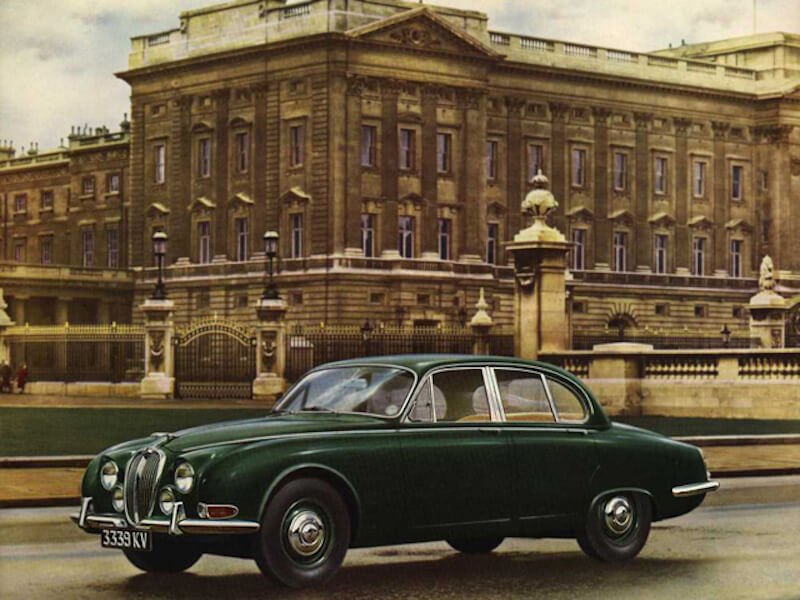 Possibly the most famous screen outing for the S Type patrol cars was in this 1967 fictionalised account of the Great Train Robbery. The director Peter Yates had once served as a manager to Stirling Moss, and the battles between the Met. and the hood’s Jaguar 3.8 Mk.2 is the equal of Bullitt. The famous stunt driver Joe Wadham piloted the black Area Car and was told by the director, “we want a good chase on this one, and we’re not going to undercrank”. The moment when the police car narrowly avoids a Vauxhall Viva HB was not in the script, and Wadham later reflected “all we had was one run through without camera and then it was done on a ‘one-take’ basis”. 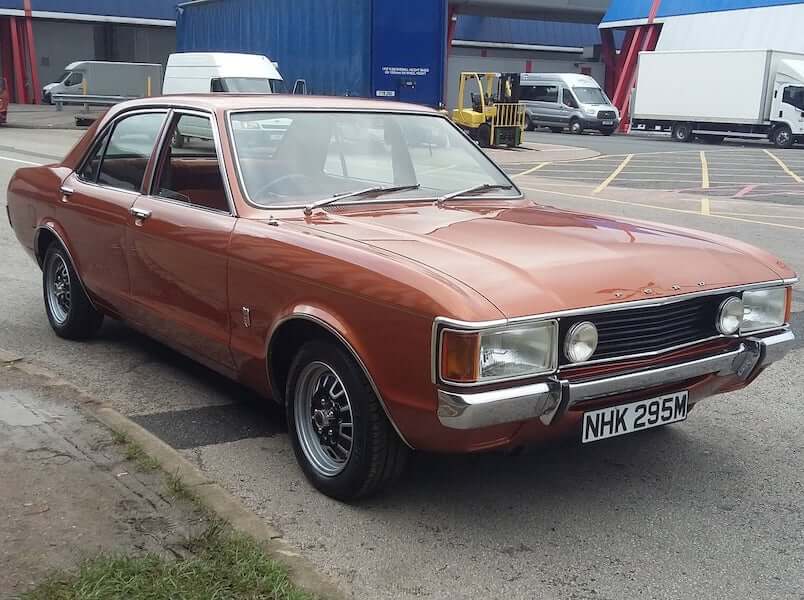 Peter Brayham, who organised the stunt work for The Sweeney, also intimated the agreement between Ford and Euston Films. Part of the deal was that the press car NHK 295 M was not to be damaged in any way.  It featured a two-way radio in the glove box plus optional power steering and sliding roof. The sounds of the two-note horns and the bell were added after shooting. Euston employed the Consul from 1974 to late 1975, when it was replaced by a Granada 3.0S, although continuing to appear in the opening credits for Series Three. NHK has been extensively restored and is now ready for duty, Guv’nor. You can see its restoration journey at Mr Shifters Consul GT on Facebook. 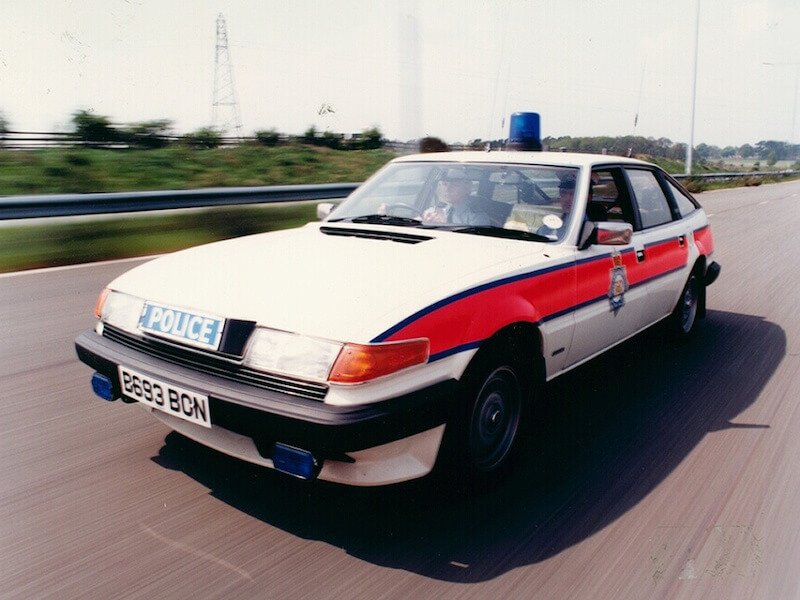 It is almost impossible to select just one film or programme featuring a police SD1 as they were as ubiquitous as the Wolseley of twenty years earlier. The Rover appeared in The Gentle Touch, Dempsey and Makepeace, Juliet Bravo, Minder and pictures as varied as An American Werewolf in London and the very bad Cannon and Ball vehicle The Boys in Blue. This screen fame reflected the SD1’s popularity with forces across the UK, and in 1977 BL produced a ‘Police Specification’ version.  If we have opted for The Bill, it is partially a tribute to the show’s longevity and partially because the opening credits were so memorable. 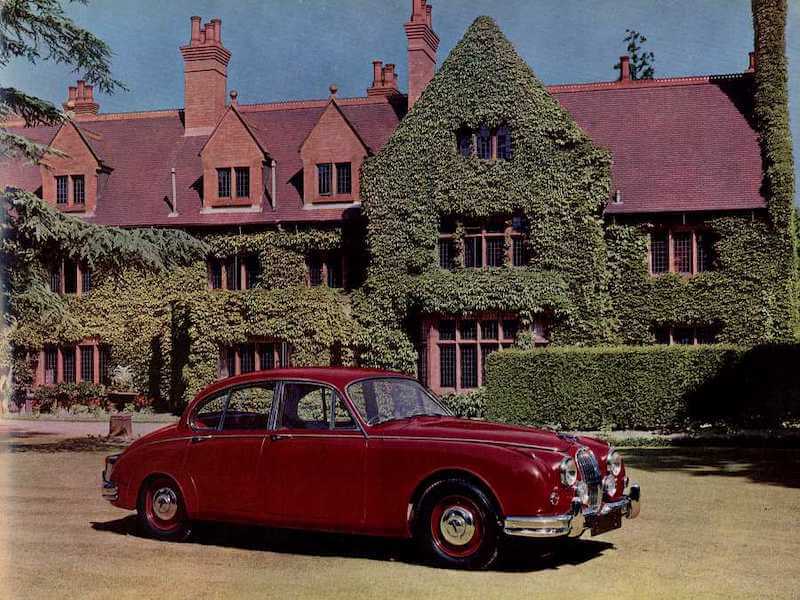 Readers of Colin Dexter’s novels know that Endeavour Morse originally drove a Lancia. However, when Carlton TV prepared the screen adaptation, John Thaw requested the detective use a British car, and so 248 RPA appeared in all 33 episodes between 1987 and 2000. The Regency Red 2.4 Mk.2 was a manual overdrive model registered in July 1960, and the series’ leading man referred to it as “a beggar to drive”. In May of 2002, the Jaguar underwent a vast ‘nut and bolt’ refurbishment by the classic car restorers David A C Royle & Co that took over three years to complete and cost more than £100,000. 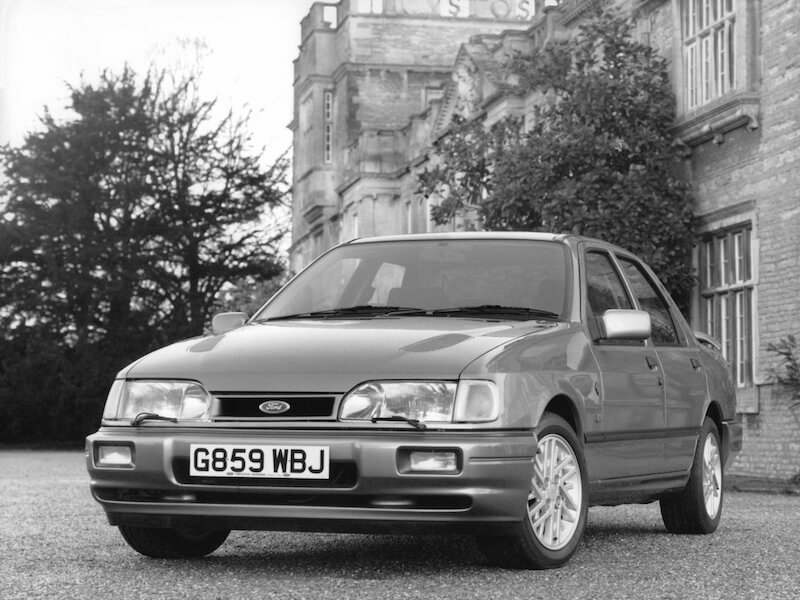 A series now principally remembered for the bizarre accent employed by Jimmy Niall as Detective Sergeant Freddie Spender and his patrolling the streets of Tyneside in a Ford Sierra Sapphire RS Cosworth. Ever publicity minded, Dagenham loaned the programme a new model over the course of the three series, but the first, a  G-registered example, was stolen and destroyed. The crew had to hire a security guard at a daily rate of £100 to ensure the same fate did not befall the 4×4 versions used in the later episodes. 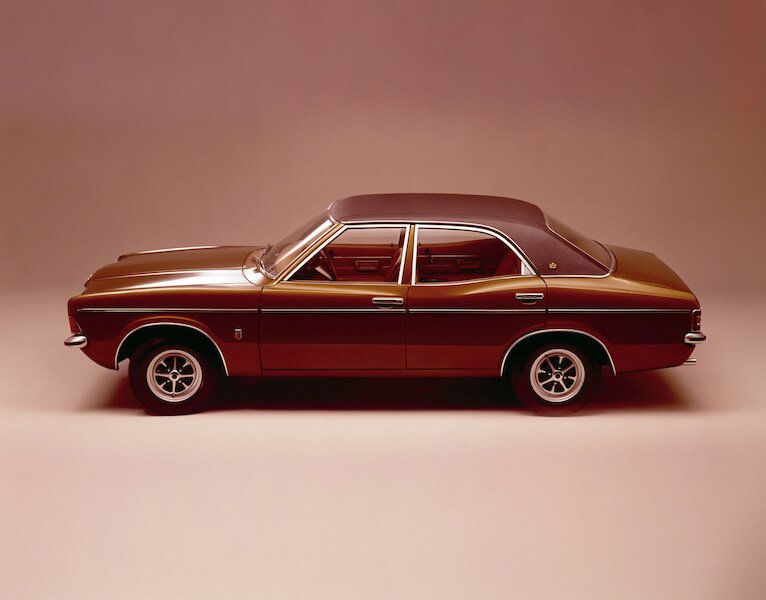 There was a mystery at the heart of Life on Mars – why did Detective Chief Inspector Hunt’s Ford Cortina GXL appear to have a 2000E dashboard? To quote from Ant Anstead’s book Cops and Robbers: The Story of the British Police Car, Kudos Films:

…literally just looked in the classifieds for a suitable 1972 car for Gene Hunt a few weeks before filming started and spotted the car for sale nearby. The props buyer went to look at it, thought it seemed ok and bought it.

It was only after episode one aired that the programme-makers realised they had bought a doctored Cortina.

Andrew Evanson, Senior Operations Manager for Lancaster Insurance, said: “Insuring a fully liveried police car might present leave some mainstream insurers scratching their heads in confusion so, if you’re lucky enough to own one of the fantastic motors then you probably already know it’s best to speak to a specialist such as Lancaster Insurance to arrange your cover.  We’d suggest that owners also consider an agreed value policy, many of these cars are extremely valuable so agreeing the value up front ensures the true value of the car would be realised should the worst happen.”