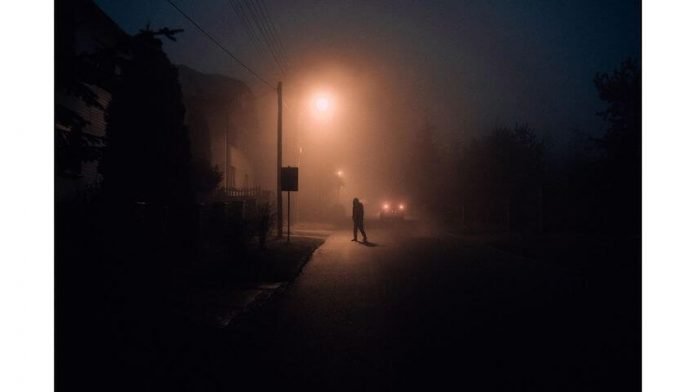 From transporting bloodied victims to chasing monsters and werewolves, cars have played a major part in horror films for years. Here’s our friends at Lancaster Insurance’s Top Ten.

Many years ago, late night television was once a source of interesting horror film cars of varying degrees of quality. It could be the Jaguar XK120 driven into the sea by Oliver Reed in The Damned, or the Morris Oxford Series VI Traveller colliding with a force field in Invasion. It might also be the Rover P4 and the disembodied hand of Doctor Terror’s House of Horrors or The Crucible of Terror with a Ford Escort Mk. I out-acting the leading man.

The ten cars listed below are a testament to a misspent youth – and some very fine vehicles: 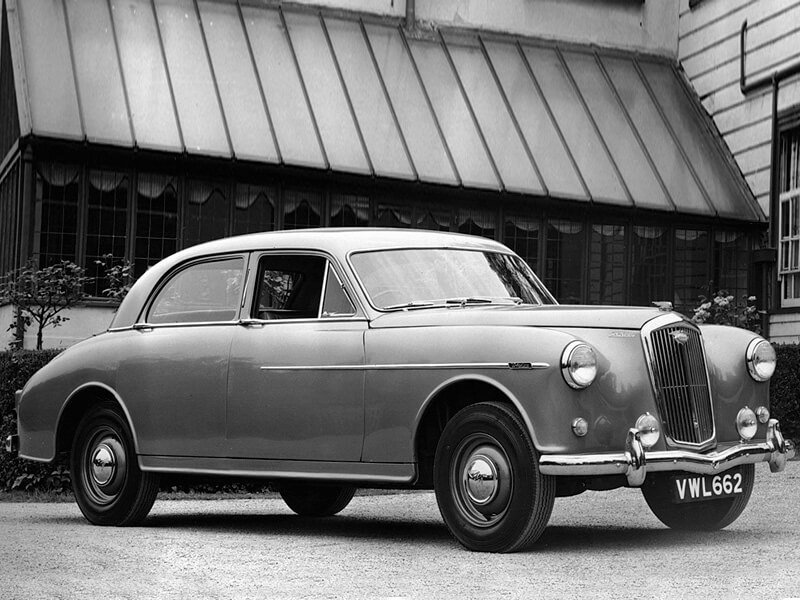 Yes, when everyone’s favourite mad scientist Michael Gough transforms a chimpanzee into a stuntman clad in a gorilla costume, the Yard summons its fleet of Wolseley 6/90s. Konga is now celebrated as one of the greatest bad films in the annals of cinema, from actors unsure of their chalk marks to special effects costing approximately half a crown. Car spotters will enjoy the final scene, even if central London bears a remarkable resemblance to Croydon. N.B. Yes, that is Stephen Berkoff playing a student. 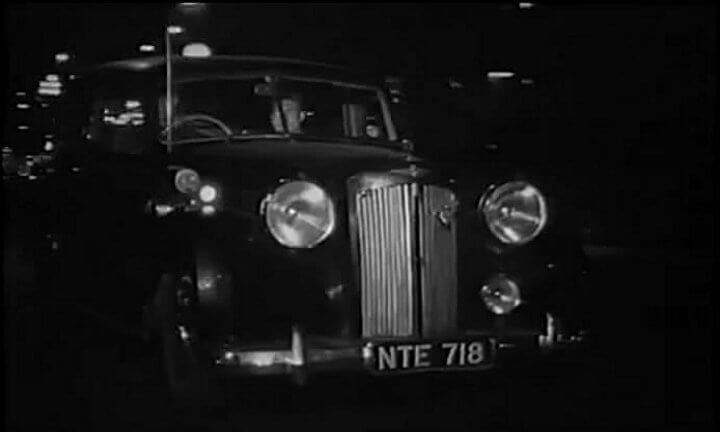 A B-Film masterpiece, with a deceptively simple plot and more entertainment value than pictures of ten times its budget.  Two hooligans, played by Keith Faulkner and Derren Nesbitt, cosh a bookmaker and steal his Austin A125 Sheerline. But the victim’s cash bag is attached to his wrist, and, worse, he appears badly injured. What ensues is a nightmare journey through the capital, mainly set within the confines of the car, as the duo face the consequences of their actions. The Ealing street locations have a fascination of their own, and the stunt work in the final scene is remarkably accomplished.

One of the best horror films ever shot in the UK, The Sorcerers takes place in a grim un-swinging London. The streets scenes were shot cinema verite, and anyone who has seen the film will remember the final reel chase between a battered Jaguar Mk. VIII and a police Wolseley 6/99.  When Jack Silk lost control of the Big Farina, it spun through 360 degrees and narrowly missed a lamppost. Another moment not in the actual script was the aftermath of the Jaguar’s explosion on a Notting Hill bombsite as windows in adjacent offices blew out. 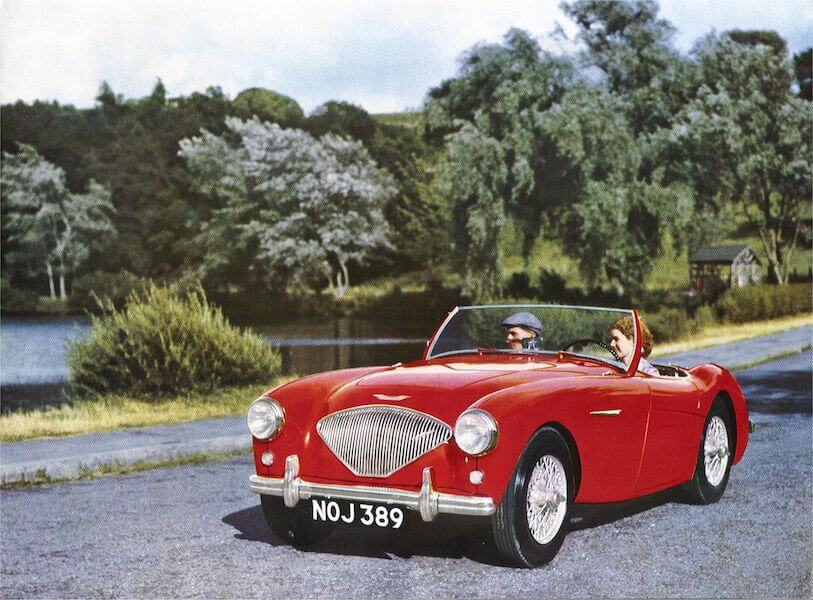 A spectacularly confused horror film involving Messers Cushing, Lee and Price and a ‘space vampire’ who dresses like a member of The Walker Brothers. Scream and Scream Again at least boasts a magnificent 15-minute car chase sequence. The villain’s Austin-Healey 100/4 is pursued by Superintendent Bellavar (Alfred Marks ad-libbing most of his lines) Joe Wadham, from stunt firm Action 99 Cars and their team of Jaguar S-Types and Humber Hawks.     The  moment when the vampire is handcuffed to the latter’s starting handle bracket, only to make a ‘hand’s free’ escape remains a classic moment in the annals of British cinema 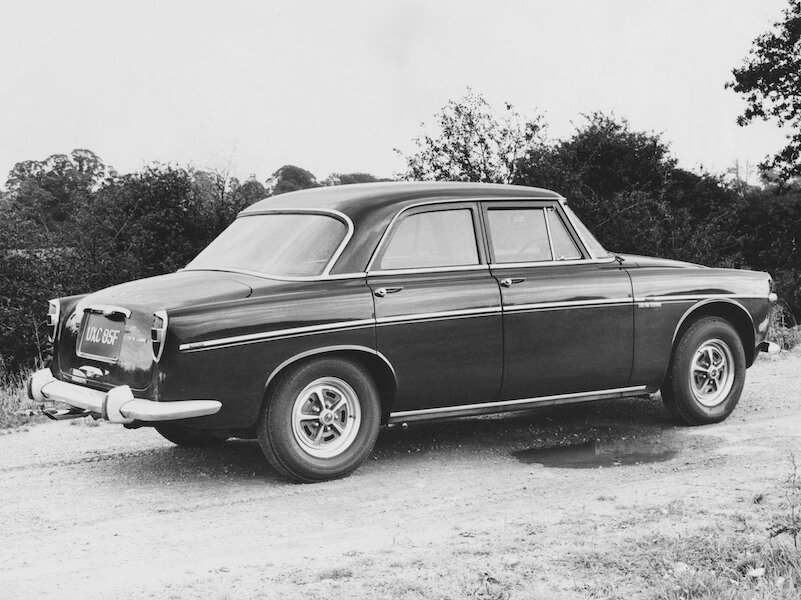 By the late ‘sixties, Roger Moore was keen to extend his range; “The Saint, although I’m very grateful to him, is rather a predictable chap. He always reacts in just one way to a given set of circumstances, and it’s impossible to develop his character”. The Man Who Haunted Himself boasts the actor’s finest screen performance as Harold Pelham and his fiendish doppelganger. The former drivers a Rover P5B 3.5 Litre Saloon – ‘damn fine motorcar’ – but his bounder of a double drives a Lamborghini Islero S, the better to squire young ladies to the Electric Groovers’ Club in Carnaby Street. 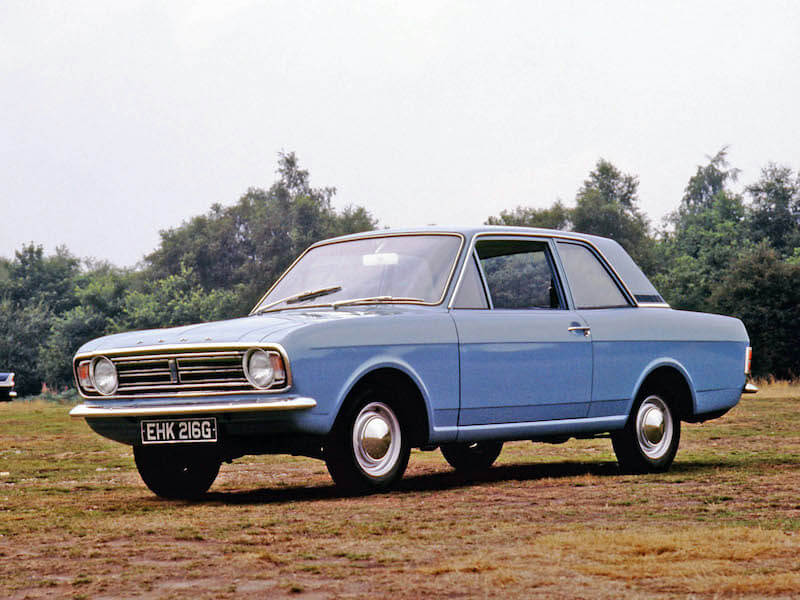 Inspector Comb-Over of The Yard arrives in his trusty Ford Cortina Mk. II to discover why the previous tenants of the local mansion have all died in mysterious circumstances. As this a. an Amicus Horror and b. the previous residents include Messers Cushing and Lee, the audience may assume all will not end well for the bold CID officer. Furthermore, driving the Cortina to the haunted mansion after dark might would almost certainly run the risk of encountering Jon Pertwee clad in a second-hand vampire outfit. In short, the entire film is essential viewing, and not just for Dagenham fans. 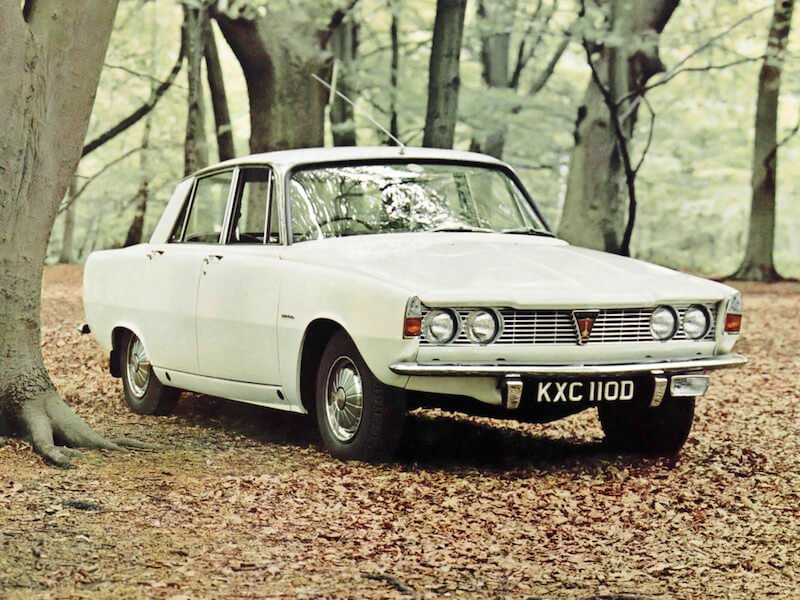 An everyday tale of  zombie bikers who  have returned from the grave and are laying waste to civilisation or at least a shopping precinct in Shepperton and the M3 works. They outwit the Jaguar S-Type and Rover 2000 of the law, cause 1964 Thames Traders to explode without provocation and run over the owner of a 1956 Morris Minor, despite said motorist standing several feet away. They even invade Fine Fare to learn if Bourbon Biscuits still cost just 10 ½ New Pence. Best of all, this is the first, and quite possibly, the only voodoo/frog/biker/musical to star Beryl Reid. 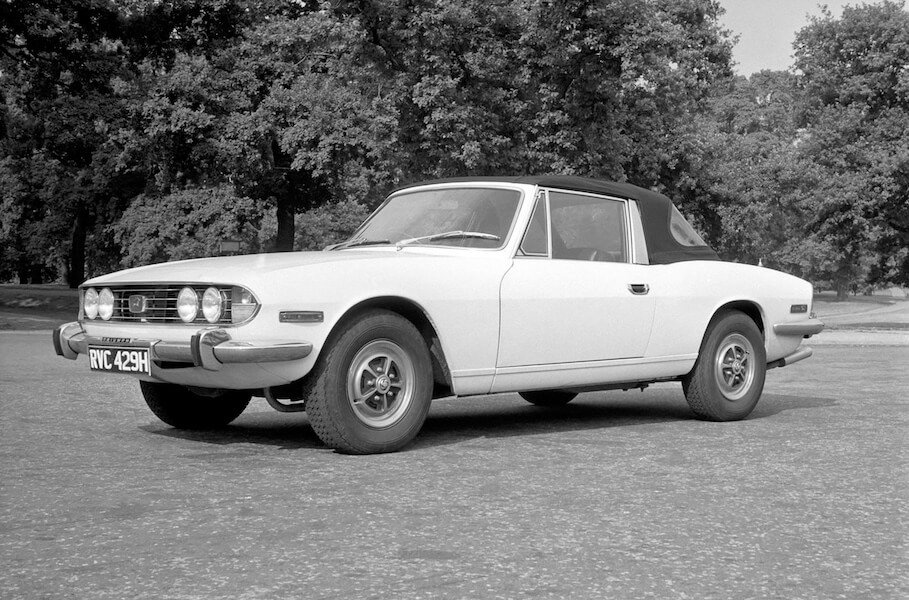 This is the only vampire film in cinema history to feature a British Leyland PR fleet Triumph Stag as driven by one of the Count’s acolytes. RVC 425 H was a pre-production model and went on to guest star in The Sweeney, The Professionals and The Benny Hill Show; it was latterly repainted in brown. There is also a gang of ‘teenagers’ who look about 30 years old and are prone to uttering dialogue that sounds as though it was hi-jacked from a 1950s coffee bar feature.  Meanwhile, Christopher Lee looks despondent while his follower actually says, “Dig the music, kids!”. 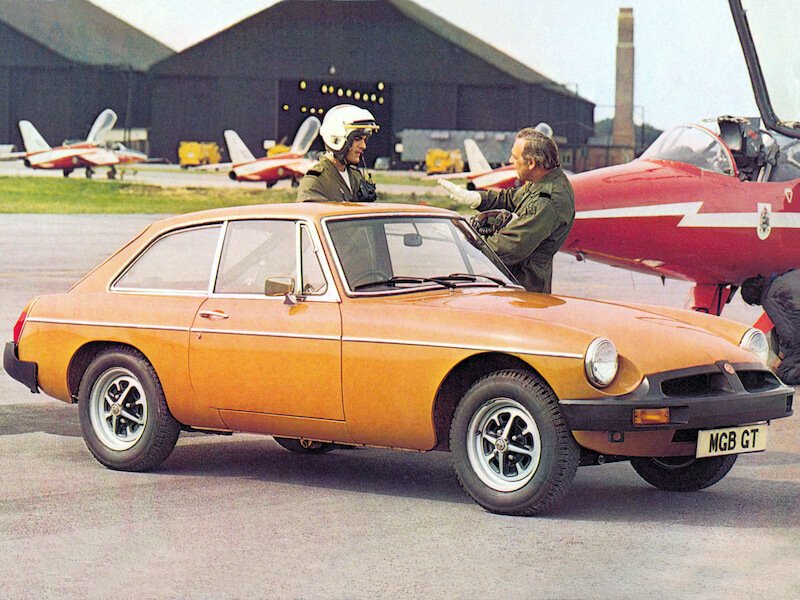 The MGB has a short but interesting career in British horror films, from the not at all bad Asylum to the exceedingly terrible Curse of The Crimson Altar. Best of all, a ‘Rubber Bumper’ GT stars in An American Werewolf.  The sequences filmed in the capital are worth the price of the DVD and, yes, that is a very young Rik Mayall playing chess in The Slaughtered Lamb. N.B. The film’s greatest line has to be, “Hurting your feelings? Has it occurred to you that it might be unsettling to see you arise from the grave to visit me”. 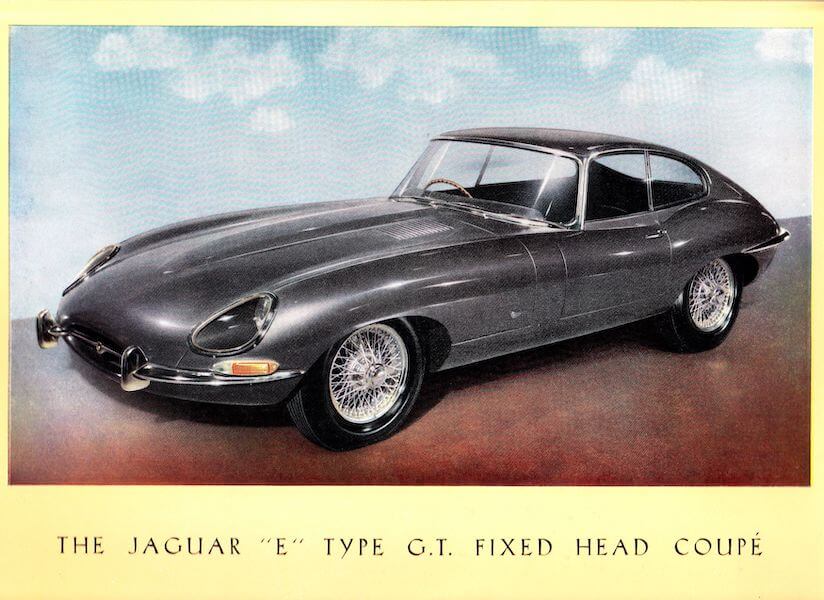 Some classic car enthusiasts wonder if they dreamt of seeing a horror film starring Amanda Donahue, a young Hugh Grant,  a fresh-faced Peter Capaldi, a 1963 Jaguar E-Type Series I Coupe and a 1984 Morgan 4/4. The answer is no, for the picture in question was The Lair of the White Worm, directed by Ken Russell. This epic used to surface on television, confusing viewers as to whether it was meant to be serious or comic.  The scene with the police Morris Minor 1000 and Grant’s final line should answer their query; this is Carry On Screaming for the late ‘eighties.

Andrew Evanson, Senior Operations Manager for Lancaster Insurance, said: “We all have our favourite horror movie cars and whilst I’m far too young to have seen most of the films from this list, the 1958 Plymouth Fury from the 1983 Steven King production of ‘Christine’ was unforgettable. We like to think of ourselves as a forward-thinking insurance broker so we’re keen to look at the impact of autonomous cars on our industry –  but I suspect Christine is one vehicle that none of us will want to cover!”