FeaturesBest of & Buyers GuidesBest of Christmas Film and TV Cars 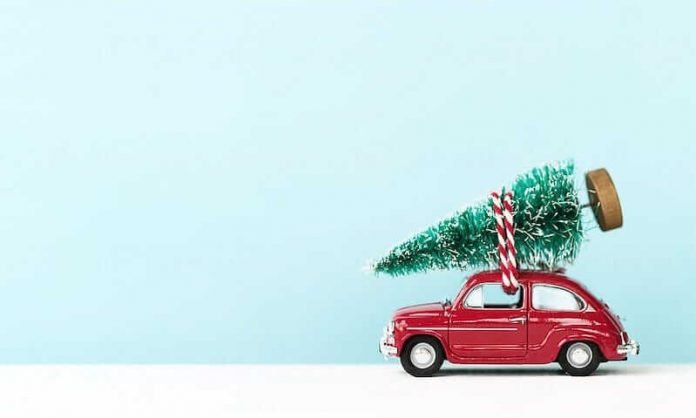 For some, holiday viewing means Bruce Willis in a vest and several Impalas, while for others, it might be Michael Crawford in a Hillman Imp or a self-willed Volkswagen Beetle…Here’s our friends at Lancaster Insurance’s Top Ten Christmas film and TV cars.

In the days when the Vauxhall Chevette was an exciting new car, the television listing magazines would be eagerly scanned for this year’s Christmas programmes and films. This was common practice in the era of three-channel television, while in the ‘eighties, the Sony C7 would be programmed to record ‘The Bond Film’. We could have easily listed a ‘Top Fifty’, but our ten titles encompass a wide variety of cars. 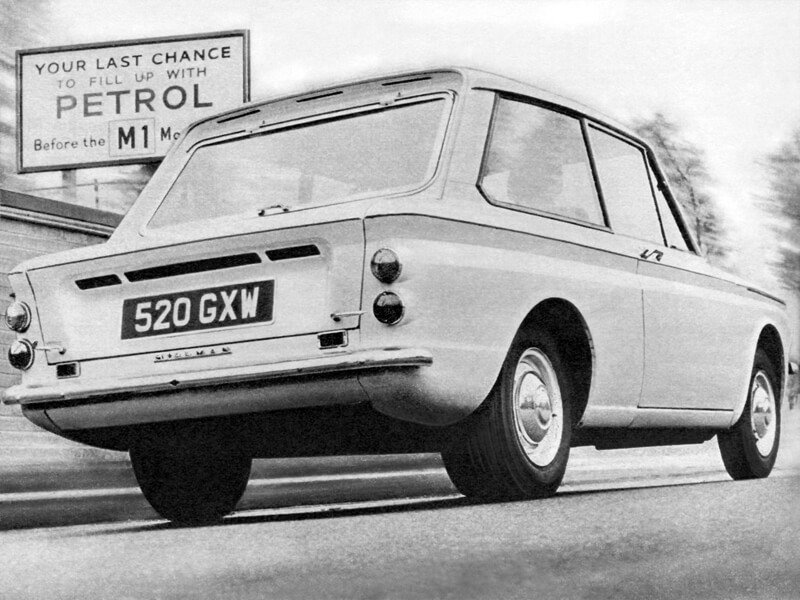 The Rank Organisation liked to release Norman Wisdom films during the Christmas holiday and A Stitch in Time featured the chance to win the latest Hillman. The Rootes Group were past masters at cinematic product placement, and they ensured a very early Imp appeared with one of the world’s most famous comedians. Stitch out grossed From Russia with Love, which meant that audiences worldwide would see ‘Norman Pitkin’ incur the wrath of Jerry Desmonde when he crashed the De Luxe PR Car.  Trivia Note; yes, that really is the star clinging to the roof of the Bedford KZ ambulance as it careers through Buckinghamshire. 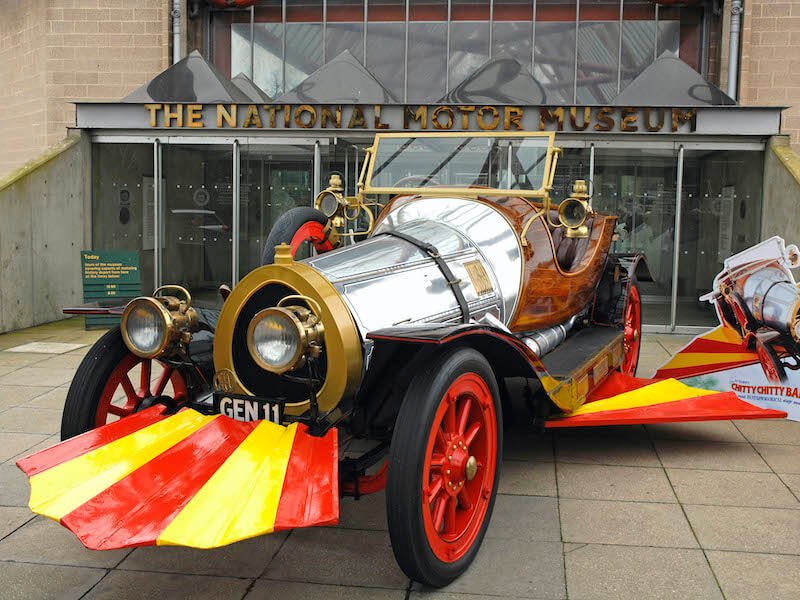 Alan Mann Racing made the title cars, and six vehicles were employed on screen: two for the racing scenes and four other vehicles, including a ‘hovercraft’ model that appeared in the flying sequences. A 1968 newspaper report excitedly noted that “the car is 17ft. 7ins long, 5ft. 9ins wide and 6ft. 3ins high. It is capable of 100 mph”. Power was from the Ford ‘Essex’ V6 allied to Borg Warner automatic transmission, while Mann asked Goodyear to make the tyres from their latest racing compound. This was so Chitty could retain a ‘vintage’ appearance and still cope with studio and location work. Trivia Note: Following his experiences in Mary Poppins, Dick Van Dyke refused to attempt an English accent for Chitty.

With thanks to The National Motor Museum 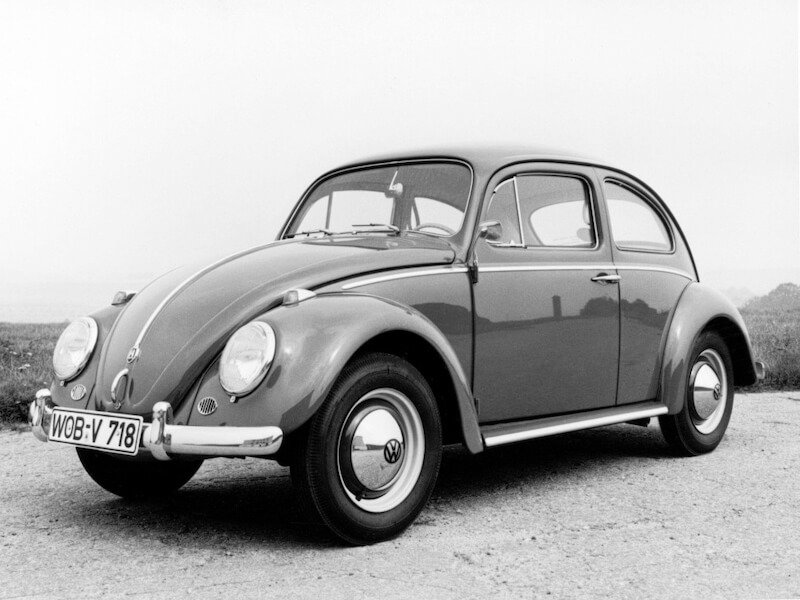 At one point, Herbie might have been a Fiat, a Toyota, an MG, a Volvo or even a TVR rather than a Volkswagen. As the story goes, Disney staged a very unusual ‘audition’ for the star of The Love Bug by lining all the potential cars before studio employees on their lunch break. The car that attracted the most attention was the white Beetle, with several workers actually patting it. Eleven VWs were to feature in The Love Bug and Herbie No. Ten, a 1957 model doctored to resemble a 1963 version, does survive. As for the villain’s choice of transport, the ‘Thorndyke Special’ was a renamed Apollo 3500 GT. Trivia Note: A 1.6-litre Porsche engine powered ‘Herbie No. Two’. 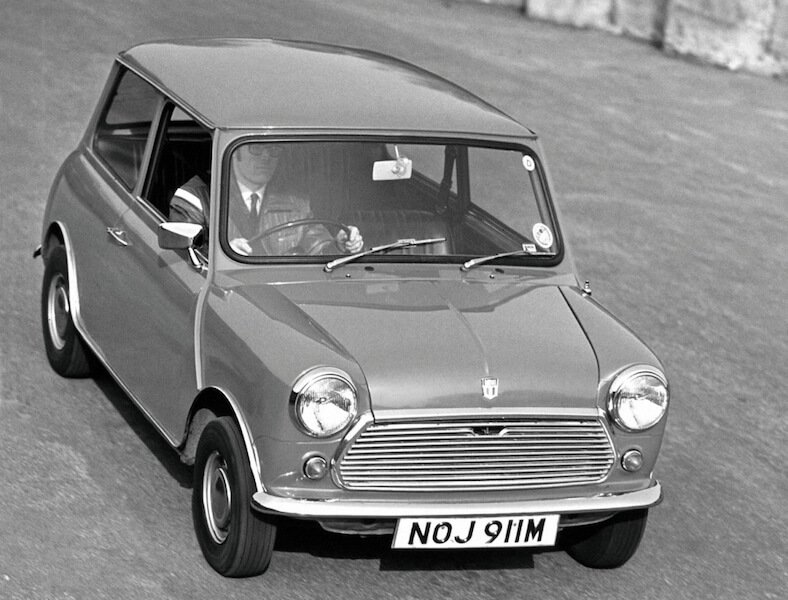 The BBC made only three series of Some Mothers, plus two Christmas Specials, with the show broadcast at 6.55 pm on the 25th December 1975 featuring two elaborate motoring sequences. Michael Crawford famously undertook his own stunt work in conjunction with Derek Ware and the team from the HAVOC agency. The first involves a driving school Mini 850 Mk. III and while the second guest-starred an Imp. The production crew used Hillmans because of their weight distribution, which was a vital factor when it was driven off a jetty at Sheerness beach. Trivia Note:  Frank Spencer  exclaimed  “Ooh Betty!” only once in the first series.

The Morecambe and Wise Christmas Show 1977  Mini 1000 and Clubman 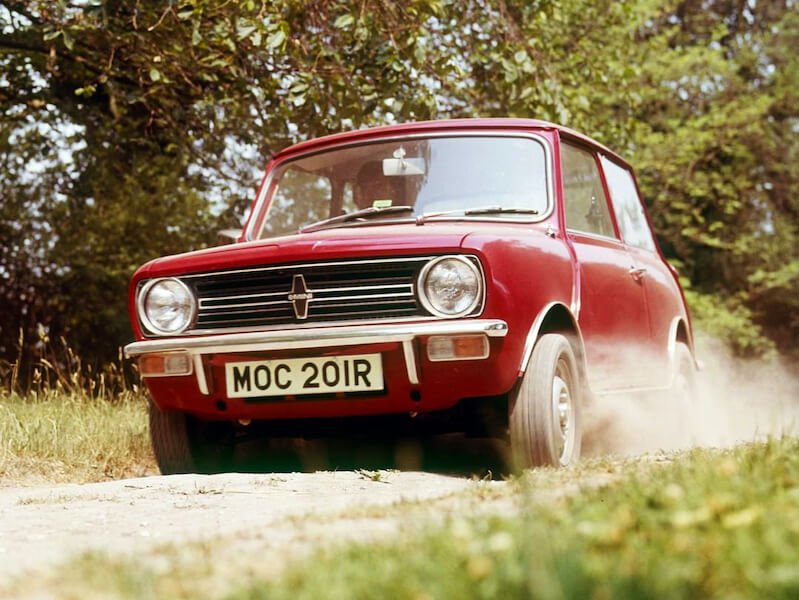 Or, the last M & W Show for the BBC, featuring Elton John, three members of Dad’s Army, Penelope Keith and some dancing newsreaders. Best of all, it opened with  Starkers and Krutch, which mimicked the opening to a certain US TV police show, albeit with a silver and black Mini 1000 pursued by a Clubman finished in red with a white stripe.   The entire scene was a. invaluable publicity for British Leyland and b. one of the best elements in the entire show. Trivia Note: The viewing figures amounted to 28 million. 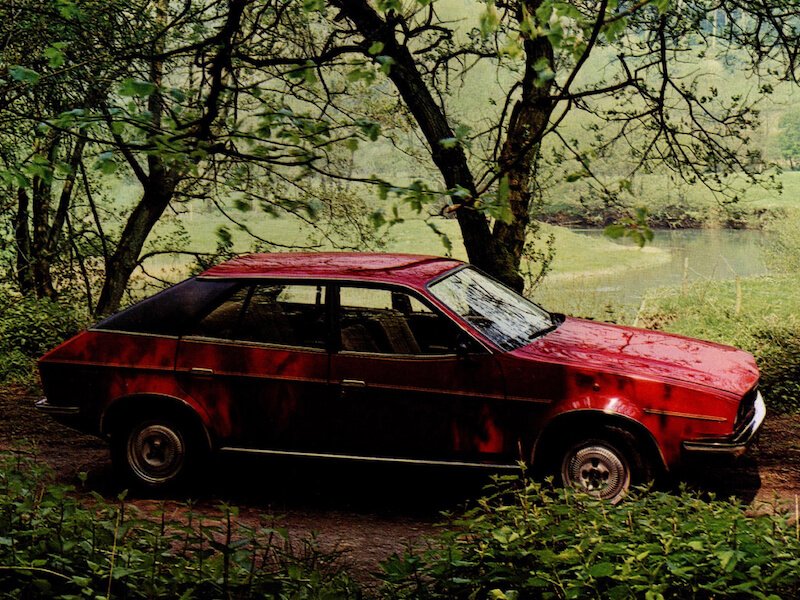 The standard plots of the seasonal episodes appeared to consist of Terry over-imbibing cooking sherry only for The Boss/The Vicar/The Mother-In-Law to walk in suddenly. Naturally, with hilarious consequences. There might also be a last-minute dash in the Princess  1700 HL Series 2 or Austin Ambassador 1.7 HL to the office party only for it to be flagged down by a police Rover 3500 SD1. In addition, some of the other cast members would don brightly coloured party hats while the pudding must catch fire/collapse/explode, again with hilarious consequences.  Trivia  Note: ‘Terry Medford’ was also known to drive a Ford Granada Mk. II. 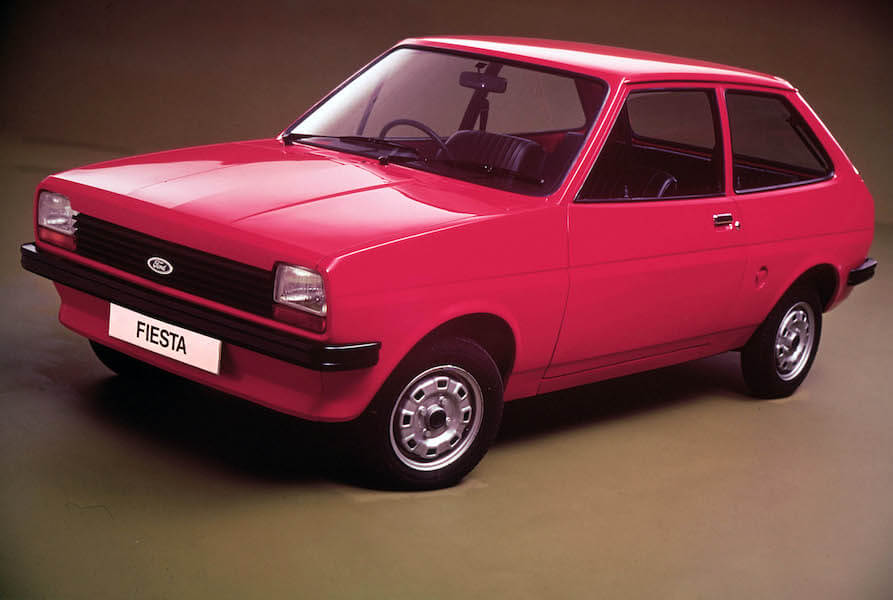 From a distance of several decades, 3-2-1 resembles a brainwashing scene from The Prisoner, as Ted Rogers tormented the contestants with cryptic questions. The star prize of the 1979 Christmas edition was a bottom of the range Ford Fiesta covered in artificial snow, while a year later, it was the new  Escort Mk. III. For their Christmas 1984 Show, Bullseyeoffered a super, smashing and great two-door Vauxhall Nova for their lucky winner and a bus fare home for the unfortunate loser. Trivia Note: ITV quiz shows of this period had strict limits as to prize values, hence the entry-level cars.

Minder on the Orient Express 1985 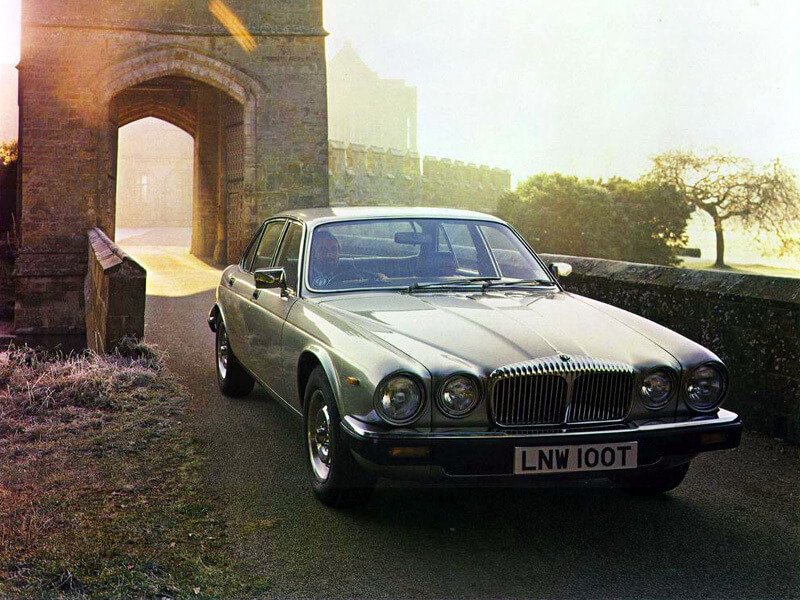 Euston Films intended the series to end with the Minder on the Orient Express, so George Cole made a bid for Arthur’s Portland Beige Daimler. However, shortly afterwards, the TV Times telephoned him, as they wanted the Sovereign 4.2 SIII as a competition prize. The actor initially told the magazine, “I’m sorry, but I want it”, but a few days they proposed to make him an offer he could not refuse; a discount on a new Jaguar.  To quote Cole, “So I sobbed a bit and said ‘Yes, alright’”. Trivia Note: His off-screen transport was an ageing Ford Capri. 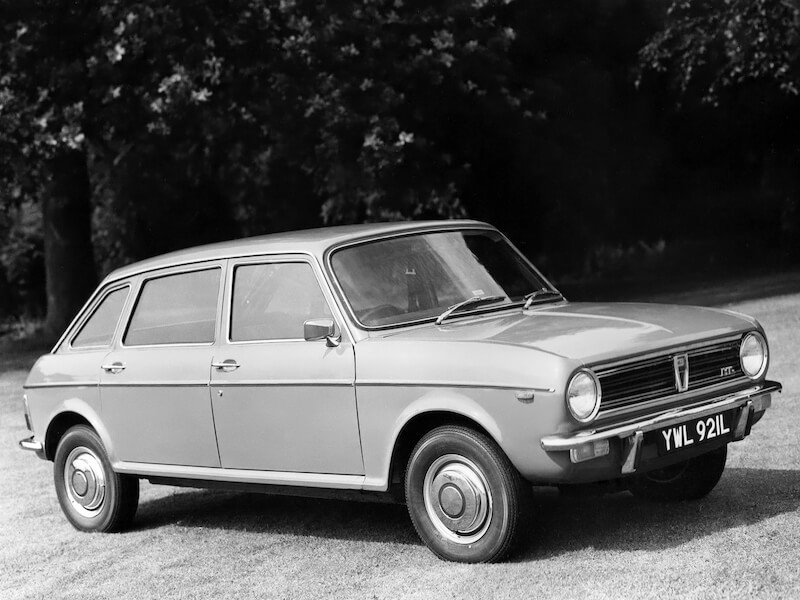 The Maxi has made several screen appearances – Fawlty Towers, Deadly Strangers, National Lampoon’s European Vacation – but none better than in one of the TV highlights of thirty-four years ago. The premise is brilliantly simple; Mel Smith and Griff Rhys Jones play two gentlemen of limited ambition who document the holiday via their state of the art video camera. Meanwhile, British Leyland’s pioneering FWD hatchback plays a crucial role in a Christmas tree raid. This misadventure involves a chain saw, industrial levels of stupidity and a wolf taking a ride on the Maxi’s roof. Trivia Note: Smith also appeared in European Vacation. 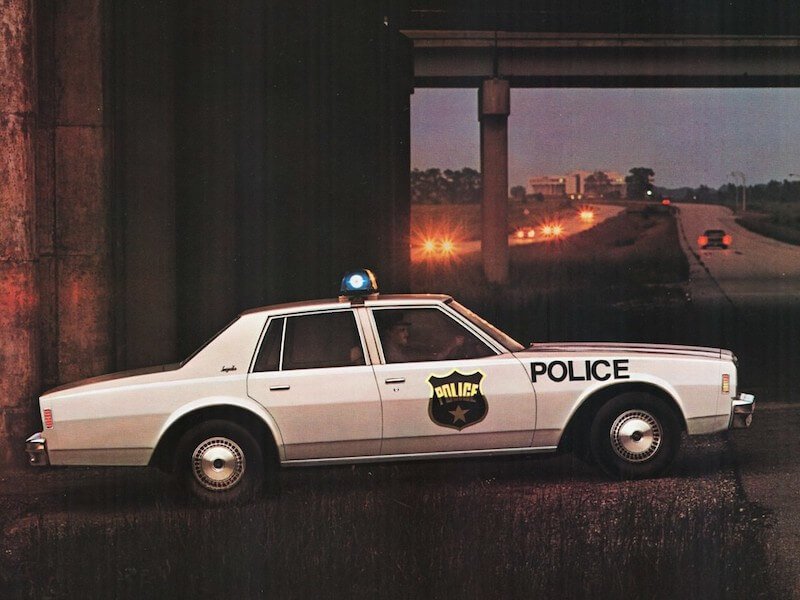 Leaving aside the question of whether Die Hard is a ‘Christmas Film’ – many fans consider this to be the case – what also fascinates is the cars. Some fans of Detroit machinery still wince at the fate of the 1986 Lincoln Town Car, while the 1988 Chrysler Fifth Avenue looks a good deal older than its years.  Meanwhile, any seasoned cinemagoer instantly realised that a 1979 LAPD Chevrolet Impala was unlikely to survive until the end credits.  To quote John McClane, “Welcome to the party, pal!”. Trivia Note:  The Impala seems to magically transform into a slightly later model for the destruction scenes.

Andrea Evanson, Senior Operations Manager for Lancaster Insurance, said: “We all love an old Christmas movie and for some of us, it’s looking back at the cars of the day that make these films extra special. My all-time favourite car from these is probably Herbie with his quirky malfunctions and impossible stunts! Die Hard (which IS undoubtedly a great Christmas film) is a firm family favourite and essential Christmas viewing! Whatever you get up to in your classic cars over the festive period we hope all you all have a great time and stay safe – from all of the team at Lancaster Insurance.