FeaturesBest of & Buyers GuidesBest of the forgotten James Bond vehicles 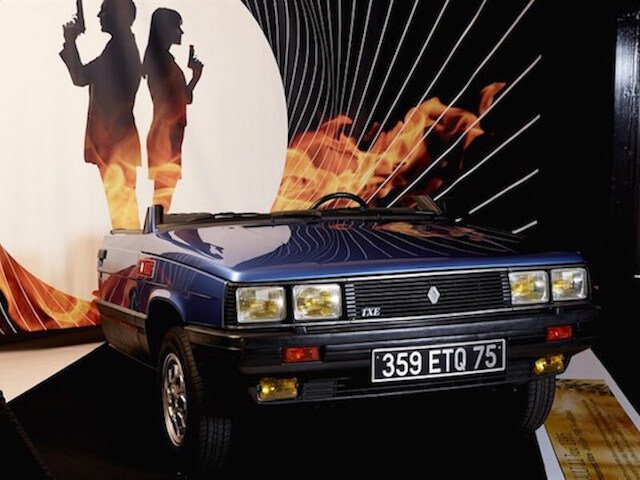 It’s almost impossible to think of James Bond without picturing a string of iconic cars. Yet many of the vehicles featured in the films have been forgotten over the years. Here’s our friends at Lancaster Insurance’s Top Ten forgotten Bond vehicles.

Discussions about lost opportunities for Bond cars are as familiar as alternative casting debates; would a Jensen CV8 have worked in Goldfinger, for example. And then there is the machinery that seems forgotten, despite prominently appearing on screen and, in some cases, the film’s promotional material. These are the vehicles that are often more overlooked than the Triumph Stag in Diamonds are Forever or the AMC Hornet in The Man With The Golden Gun. Yet each of our ‘Top Ten’ was as important to the film as the music, the scenery and villains with a swimming pool full of irate sharks. 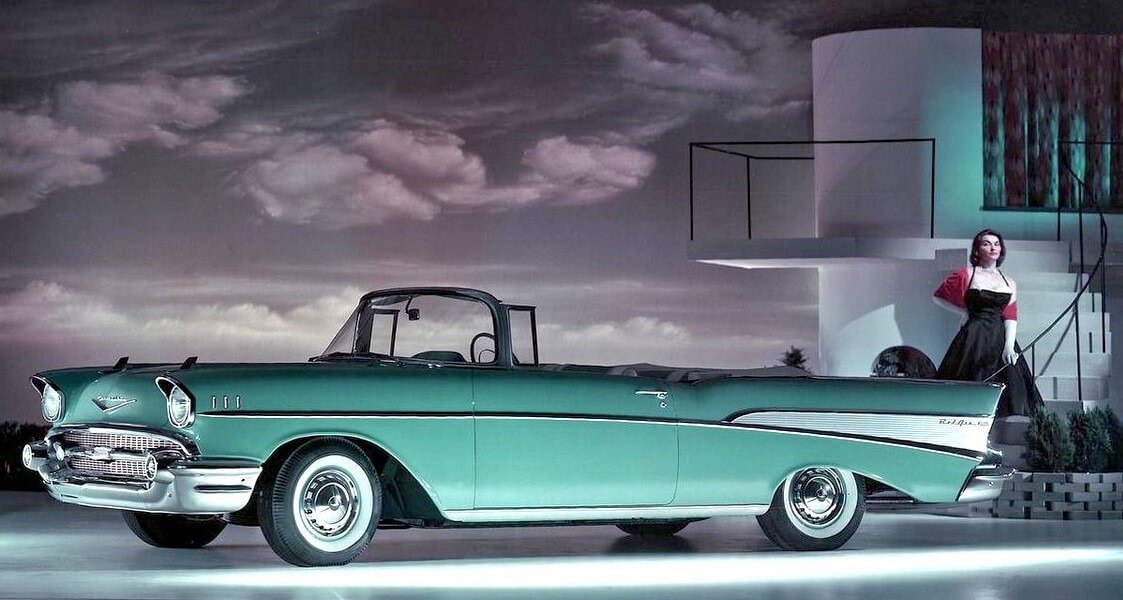 The first 007 film adaptation features Bond’s Alpine Series II, rented by the production company from a Jamaica resident named Ms. Jennifer Jackson at £10 per day for two days’ work. It must be said that the chase scene is hilariously inept, even by early 1960s standards, with the Pinewood scenes failing to match the location footage.

However, Bond’s first car driven onscreen was not the Sunbeam but a 1957 Bel Air despatched by the fiendish agents of SPECTRE. N.B. Sharp-eyed viewers will notice the Chevrolet appears to have the dashboard of a Ford Fairlane… 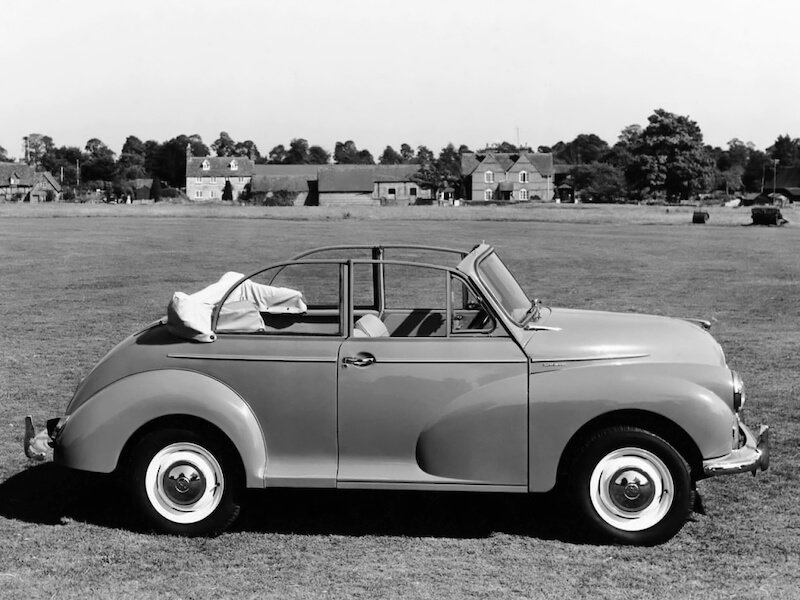 The Bond film that saw the return of the Aston Martin, the famous Corgi die-cast model, was devised to tie in with the release of Thunderball. Meanwhile, many Cowley enthusiasts vote this the finest in the series. This is not because of Tom Jones’s song or the underwater battle but for the fact that this is the sole 007 film to date in which our hero takes a ride in a 1964 Minor 1000 Convertible. We can only hope that future Bonds discover the many joys of Morris motoring; not quite as rapid as a DB5 but somewhat more economical.

OHMSS featured two Olive Green examples of the DBS; the primary car GKX 8 G and FBH 207 G for interior and tracking shots. However, the film is probably better recalled for its Mercury Cougar, while Ford heavily capitalised on the Escort’s role. Yet, the Aston Martin’s low key appearance was wholly in keeping with the film’s tone. The principal special equipment was an Armalite in the glove compartment, and the director Peter Hunt subsequently noted, “I didn’t want to put tricks or gimmicks in the film. It didn’t need it; it was all there in the story.” 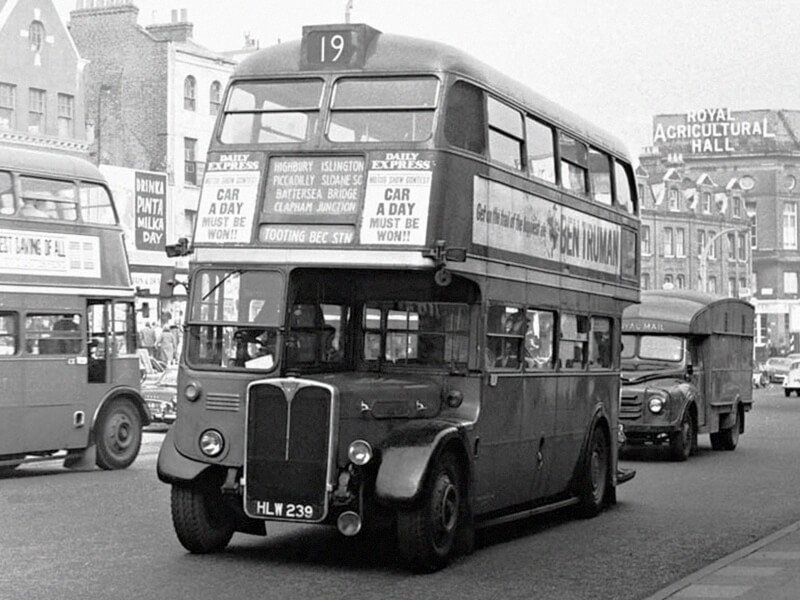 Roger Moore’s first 007 outing not only lacked white dinner jackets and ‘shaken not stirred!’ but also had a sequence channelling his inner Reg Varney by having him take the wheel of an ex London Transport AEC Regent double-decker. The main bus, a 1947 London Transport RT246, was repainted blue and departed for Liverpool Docks on the 19th of September 1972, together with a backup vehicle RT2513. Moore underwent a ‘crash course’ at Chiswick while the LT instructor Maurice Patchett undertook some of the onscreen driving; including the ‘Low Bridge’ scene. 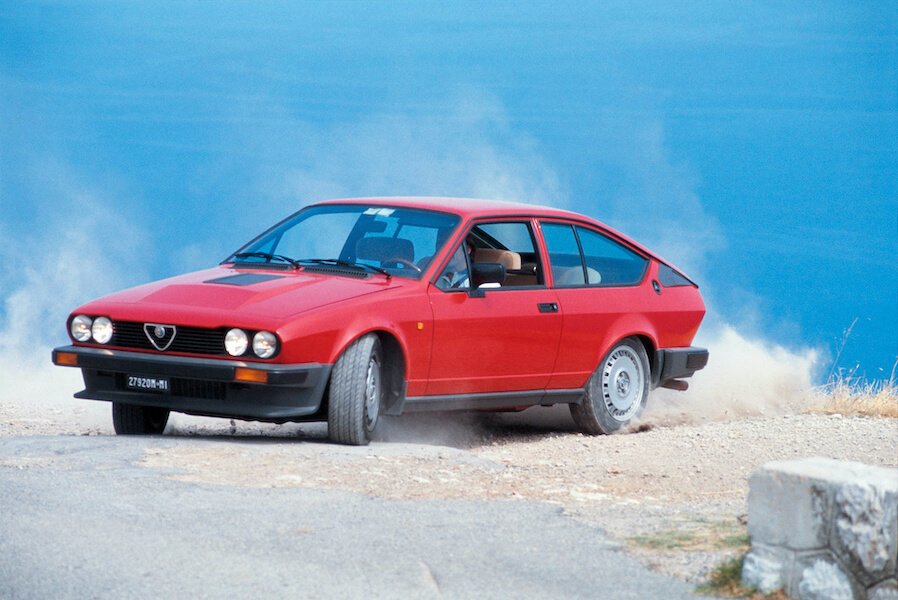 Octopussy is now mainly recalled by motoring enthusiasts for its Mercedes Benz 280S W108 chasing a locomotive along the Nene Valley Railway and the ‘Tuk Tuk’ based on a Honda ATC three wheeler. The latter’s appearance is fairly cringeworthy but there is also the entertaining battle between the Polizei in their BMW 518i and R100s and Commander Bond in a very handsome ‘borrowed’ Alfa Romeo GTV6.  The chase, shot in Germany, Pinewood Studios and RAF Upper Heyford, is both eyebrow raising and a fine example of 007 employing his skills as a driver instead of Q’s various gadgets. 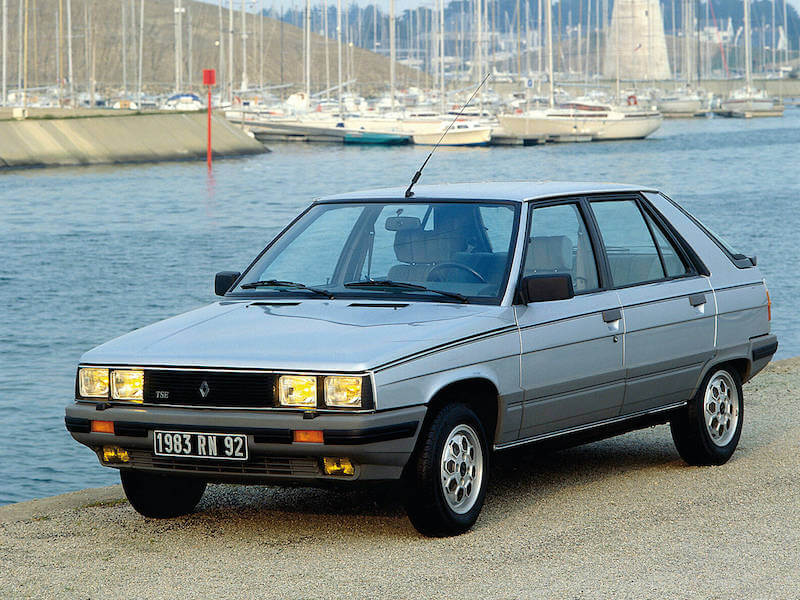 The 11 sequence perhaps represented the very best of the great Rémy Julienne. The Renault was partially chosen for its popularity as a Paris taxi, although very few cabbies would have piloted the top of the range TXE with the talking dashboard:

Filming of the scene began on the 30th of July 1984, with the 11 prepared with the sort of ‘cut and shut’ bodywork favoured by many an Arthur Daley style dealer. Julienne’s achievement was so remarkable that no one a) noticed a BMW 3 Series transforming into a Renault 20 or b) Roger’s very obvious stunt double. 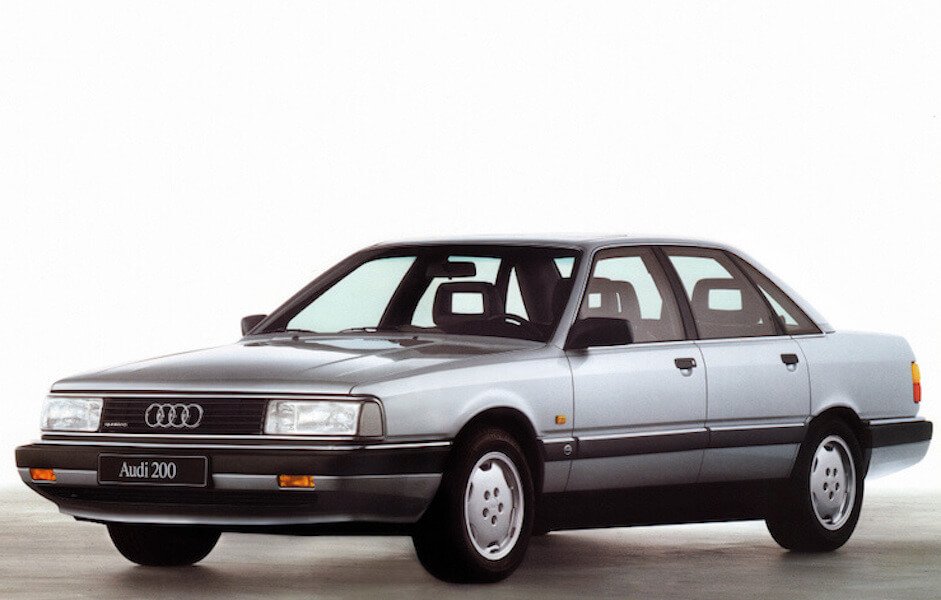 Timothy Dalton arguably vies with George Lazenby as the screen Bond who is closest to the Fleming novels, he also drove one of the finest saloons of the ‘eighties. The C2 Series 200 Quattro was in the flagship ‘Exclusiv’ guise and sported BBS alloy wheels plus ABT bodywork medications. If the Audi looked much less flamboyant than the Aston Martin V8 Volante, that was part of their appeal; comparatively understated, elegant, and a top speed of over 140 mph. Motor may have complained it lacked ‘sufficient prestige’, but Dalton’s Bond was more concerned with surviving his mission. 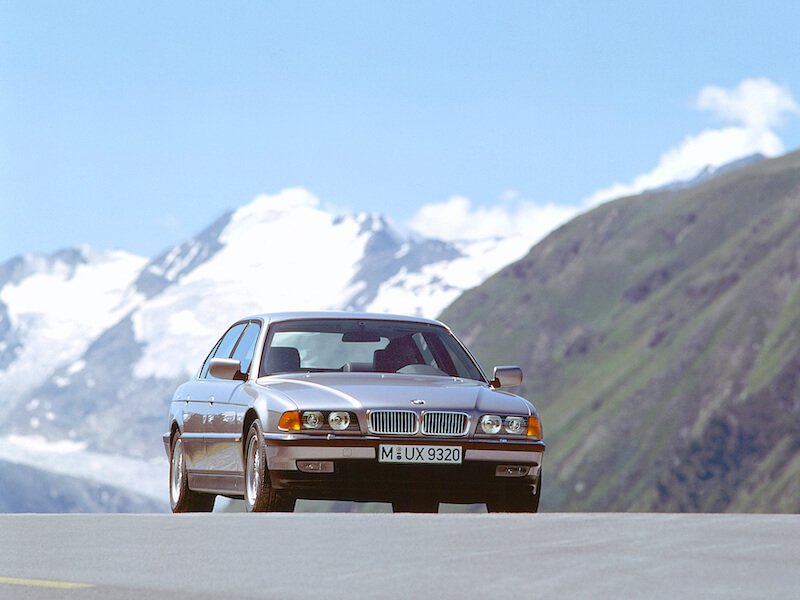 The second ‘007 BMW’ after the Z3 in Goldeneye and the first time Q issued a four-door saloon; the ‘750iL’ was actually a disguised US specification 740. The company supplied a total of seventeen vehicles to the film, and shooting of the chase commenced on the 9th of June 1997, with a Brent Cross car park doubling for Hamburg’s ‘Hotel Atlantic Kempinski’. To convey the impression of Bond becoming the ultimate ‘back seat driver’, a quartet of E38s were fitted with video screens and a secondary steering wheel – Trivia note; the camera car was a modified TVR 350i. 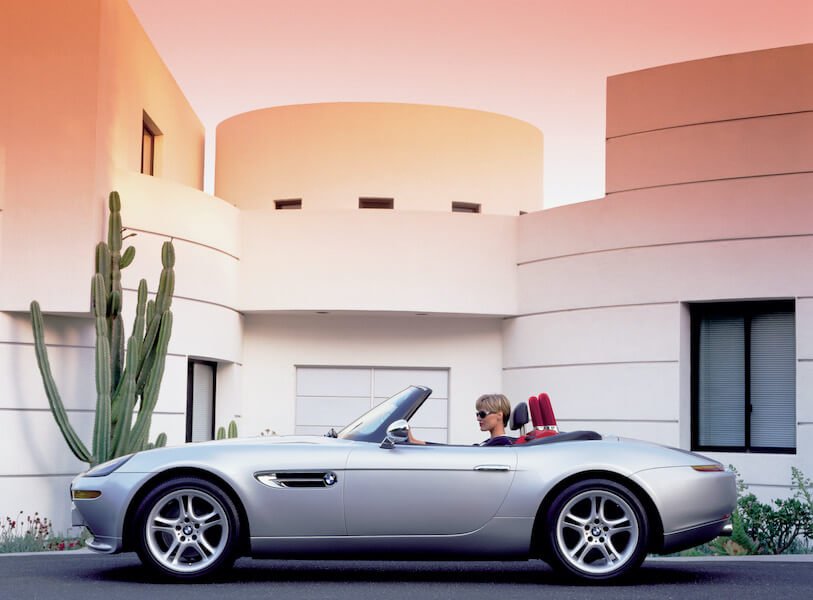 For ‘Bond Film Nineteen’ Q provided a Z8 fitted with “the very latest in intercepts, countermeasures and six beverage holders”. BMW supplied two prototypes, but this was not enough for a major prediction. The solution was the special effects team building three more, with components sent from Munich, chassis fabricated from scratch and body panels that were specially moulded. The ‘Effects Cars’ also employed Jaguar suspension, Chevrolet V8 engines and Tremec five-speed gearboxes. BMW devotees might also be relieved to know that the ‘Z8’ that meets its demise via some tree cutting saws was one of the replicas. 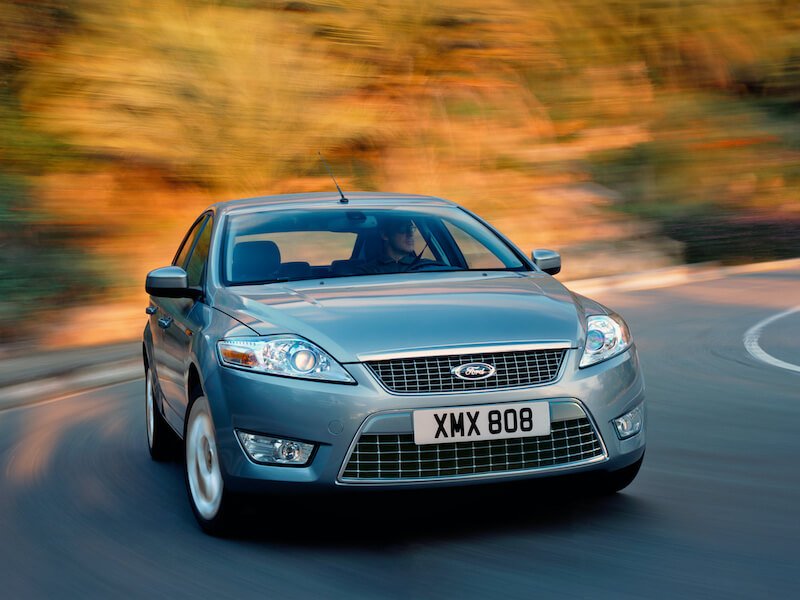 The Mondeo seen in ‘Bond No.21’ was a pre-production prototype built in Cologne, and there was great secrecy when on location in the Bahamas as the Mk. IV would not make its public debut for another year. Its screen time was quite limited, but Daniel Craig arriving at the Ocean Club in the ST did wonders for future sales of the fourth-generation version. On the 19th of October 2006, Car announced, “Ford has released images of the Mondeo hatch in action on the Casino Royaleset”. Many a Vauxhall Vectra driver wondered about a replacement car with 007 connections.

Andrew Evanson, Lancaster Insurance’s Senior Operations Manager, says “I would guess that most of our customers don’t have a ‘licence to kill’ so we would hope they would not be driving in the style of their favourite James Bond! The cars featured in these films are undoubtedly true classics, with the possible exception of the Mk4 Mondeo, so we would suggest considering an agreed value policy with a specialist insurer such as Lancaster so that the true value of the car would be realised should the worst happen.”