FeaturesBest of & Buyers GuidesBuyers Guide: MINI Coupe and Roadster (2011 to 2015) 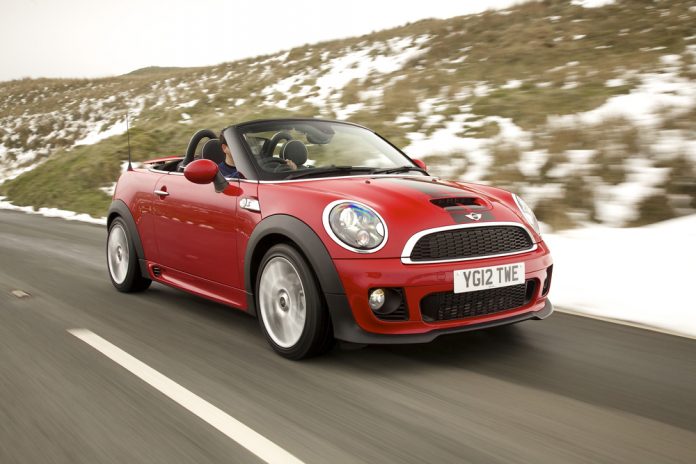 Relaunching a brand with such a famous history was always going to be a risk, but BMW pulled it off with some style. In fact, just five years after the ‘new’ MINI arrived the Plant Oxford factory had built its three millionth car. The original hatchback was followed by numerous variants including the Clubman estate and Countryman crossover, and then there were the models here. Revealed as a design concept in 2009, the production Coupe was launched at the Frankfurt Motor Show two years later with the Roadster following in 2012.  Both were two-seaters and while they proved fairly successful in attracting new buyers to the brand, production came to an end in 2015. Coupe first, then, and using the convertible MINI as its basis it featured a lightweight aluminium roof structure to provide the sleeker styling. It was a straightforward range that essentially mirrored that of other MINI models, beginning with the Cooper before progressing through Cooper S, Cooper SD diesel and then the hot John Cooper Works (JCW) as the flagship. Frugal diesel apart, more power was the main differentiator between models and each was well-equipped as standard, boasting the likes of air-conditioning, parking sensors, and DAB audio. But as with all MINIs buyers were offered a vast range of accessories and personalisation choices, as well being encouraged to add individual option packs. Entry-level was the Pepper Pack, with the Chili Pack adding niceties such as sports seats and a multi-function steering wheel, but Media, Vision and Sport Packs all proved tempting. All of this applies to the Roadster, the key difference being the electrically-operated fabric roof that could be raised or lowered in eighteen seconds at speeds up to 20mph. Add in a plentiful choice of colours, trims and wheel designs and no two examples are likely to be the same, so it’s a case of trawling the classified ads to find the combination that most appeals.

The choice of engines was identical for both versions, the entry-level Cooper fitted with a 1.6-litre unit offering 120bhp. Performance was reasonably sprightly, but the 181bhp Cooper S was notably quicker with 0-60mph despatched in 6.9 seconds. For maximum shove buyers needed to pick the JCW model, the turbocharged engine making 208bhp which meant the benchmark 0-60mph sprint was over in just 6.4 seconds. The remaining choice was a 2.0-litre turbocharged, common-rail diesel in the SD that combined decent performance with claimed economy of 65mpg. In fact, even the most powerful engine claimed to achieve nigh-on 40mpg, and all models benefitted from a raft of efficiency kit including engine stop/start and brake energy regeneration. So running one of these MINIs shouldn’t prove too hard on the pocket. The standard transmission was a 6-speed manual with the option of a 6-speed Steptronic automatic (not available on the JCW), and while the former is more popular neither pose any reliability problems. It’s worth checking for a healthy clutch on hard-driven manuals, though; budget around £350 for replacement by a specialist. As for the engines, well there’s not a great deal to concern the used buyer but it is worth ensuring that regular servicing hasn’t been neglected on the earliest examples. Original owners were offered the popular option of the TLC package which covered major servicing for the first five years/50,000 miles, so most cars should have been maintained properly.  The timing chain issues that afflicted earlier MINIs of this generation were mostly resolved by 2011 but keep an eye out for oil leaks and poor running. MINI were keen to promote the idea of ‘go kart’ handling, and there’s no doubt the Coupe and Roadster models prove fun to drive. The suspension comprised MacPherson struts up front with a multi-link arrangement at the rear, and the resulting agility and response can certainly put a smile on your face. If there’s a fly in the ointment it’s the optional Sport suspension, the added firmness proving too much for some on anything but smooth roads; it’s advisable to try a car so equipped before parting with any money. Larger alloy wheel choices don’t help here, either, and on a similar subject it’s worth establishing whether the car you’re looking at is fitted with run-flat tyres or comes with a space-saver spare or a temporary repair kit. Elsewhere, there was electrically-assisted steering and powerful brakes backed by the full gamut of electronic assistance systems for added confidence. It’s all reliable enough and, along with the suspension, just needs checking for wear and tear. The most obvious thing that’s going to strike any potential buyer is that these iterations of the MINI come with just two seats. That may or may not matter, but along with the low roof it does make the Coupe feel a little claustrophobic inside. Still, it does offer a useful 280 litres of luggage space, along with a large tailgate, and the Roadster manages only 40 litres less but there’s no escaping the fact that a number of rival coupes and convertibles are more spacious and practical. The rest of the cabin is as funky and stylish as other models in the range, though, and there’s no shortage of equipment. Expect the odd creak and rattle but the build and material quality are decent enough, so just avoid any with a scruffy interior and check the air-conditioning works as it should. Check the condition and operation of the Roadster’s roof, too. It’s been almost twenty years since the revitalised MINI brand appeared, and the sheer number on the road is testament to just how popular they are. The fun styling has done much to attract buyers, and most models are equally fun to drive, and for the most part those things apply to the Coupe and Roadster as well. The looks will be a matter of personal taste, of course, and for some the limited practicality and overly firm ride will prove off-putting, but if none of those things concern you then there’s lots to enjoy here. And with plenty for sale at any one time there shouldn’t be any problem finding one that’s perfect for you. The choice can be bewildering but remember when new these cars are personalised by the purchaser and some of those options may not be for you. The good news is that vast choice or you can turn to the many third-party personalisation companies on the internet who will help you get your used car to feel like your own. They almost feel naughty on the road, it feels like your driving something illegal because they are so much fun. Test drive at length before you buy and make sure you get an inspection. The trim parts can ping off because they are interchangeable so check everything. If you go for a roadster, take it to a car wash on the test drive! Cheeky I know, but if it’s going to leak it will leak there!