Mike Brewer Motoring looks back at the MGB.

This year marks six decades since the debut of one of the classic car world’s most popular models – the brilliant MGB. So it’s only right that we take a look back at the key developments over those 60 years, and remember just why enthusiasts love the B so much. Happy Birthday to a cracking classic! 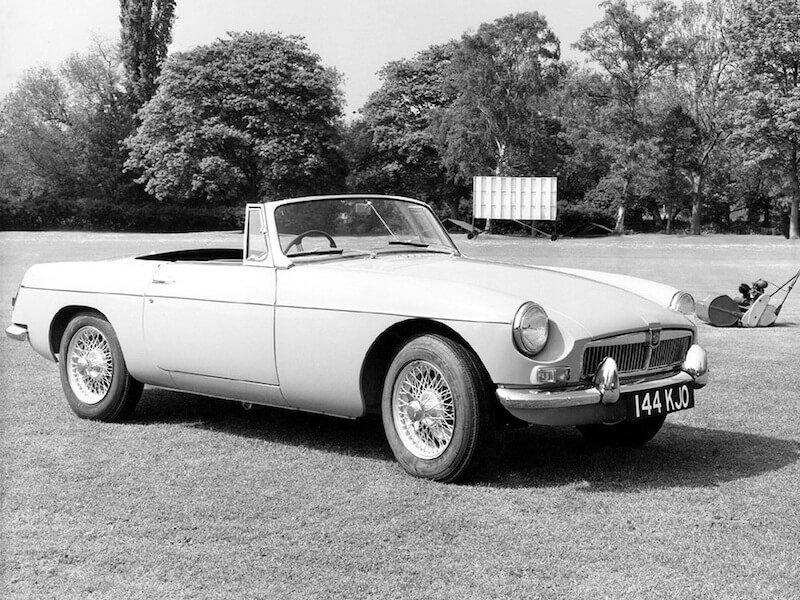 When the time came to replace the MGA the company was keen for its successor to be more modern, but just as popular. It was certainly the latter with more than half a million leaving the Abingdon factory before production ended in October 1980. The B featured a new monocoque body shell, and it was available in roadster form only at first, the car making its debut at the 1962 London Motor Show. Some mechanicals were borrowed from the MGA, including the front suspension and steering that were mounted on a detachable sub-frame, while power came from an enlarged version of the B Series engine. Producing 95bhp from 1798cc and with twin carburettors the stylish drop-top was good for more than 100mph. So the new car was a better performer, but it was also roomier and more refined, and it’s been a smash hit with enthusiasts ever since. 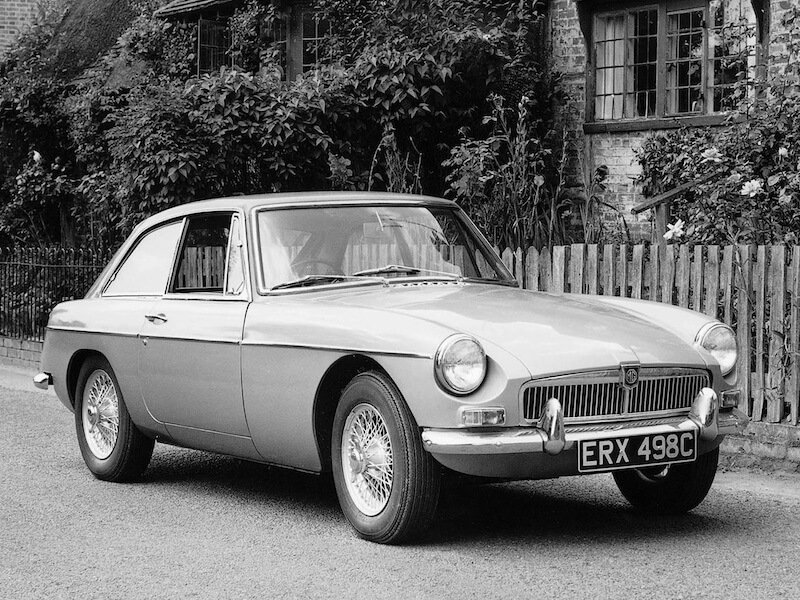 The Roadster quickly found plenty of buyers but three years after its launch a new derivative of the B was ready to boost its appeal still further. Making its debut at the 1965 Earls Court Motor Show, MG had called on legendary Italian designer, Pininfarina, to design the fastback GT and the result was stylish indeed. Yes, it was a bit heavier than the open-air model but it could still crack 100mph, and any slight performance deficit was vastly outweighed by the new-found refinement and practicality. Rear seats meant being able to carry (small) passengers, and they folded down, too, to provide useful extra luggage space. It was just what those after a more versatile sports car wanted, and more than 125,000 would be made.  When B production ended it did so with 1000 Limited Edition models, with 580 of them GTs and 420 Roadsters. 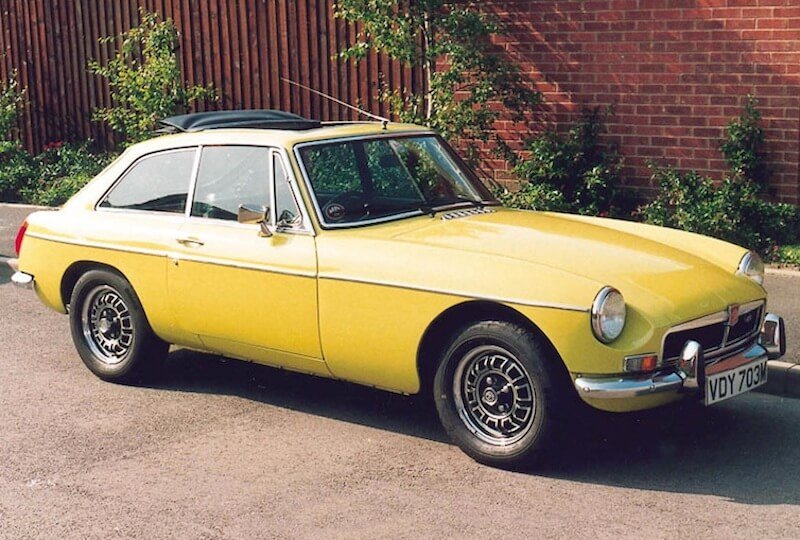 Talented engineer and racer, Ken Costello, had already fitted a V8 engine into the MGB so it was no surprise that the company itself wanted a slice of the action. The engine in question was the all-alloy V8 familiar from Rover models and it’s fair to say that it transformed the appeal of the GT (there was no Roadster version due to concerns over structural rigidity).  Fuelled by twin SU carburettors it produced 137bhp, enough to shove the pretty coupe to 60mph in around 8 seconds and on to 125mph, and weighing less than the B Series engine meant handling was unaffected. This was more like it, or it would have been if the oil crisis hadn’t made thirsty V8 engines rather less tempting. In the end production amounted to just 2591 examples between 1973 and 1976. Sought after today, this is a characterful way to enjoy the famous B. 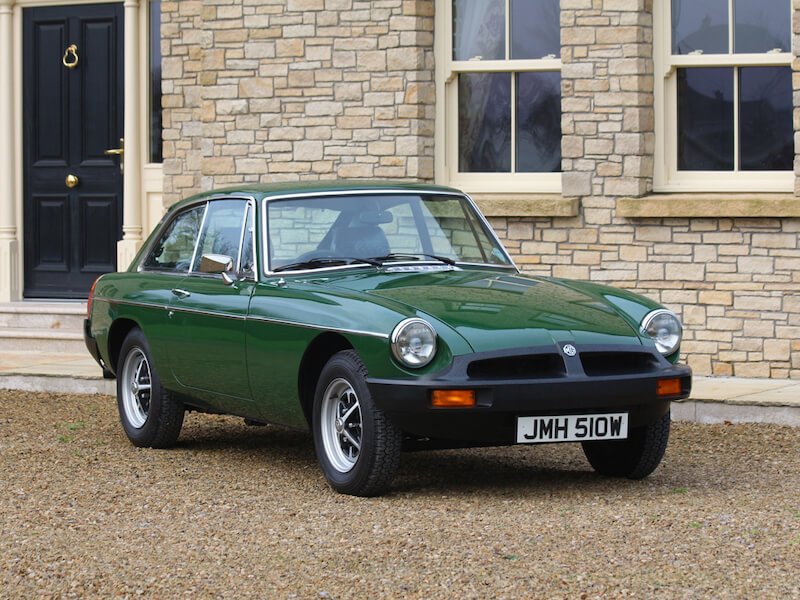 Actually, they were polyurethane and not rubber, but the name has stuck. They arrived in 1974 and were the result of American legislation that demanded cars being able to survive low-speed impacts without sustaining bodywork damage. Harris Mann got the job of adapting the styling, and he did a decent job under the circumstances, but buyers weren’t entirely impressed with the new look. It didn’t help that further US laws concerning headlight height meant the revised MGB needed the suspension raising by around an inch, making it look a touch ungainly. That the new model was some 70lb heavier did it few favours, too. It explains why many examples were converted back to ‘chrome bumper’ specification by their owners, although the rubber bumper models do have a following of their own and have generally proved a cheaper way into MGB ownership. Ultimately, it’s a matter of personal taste. 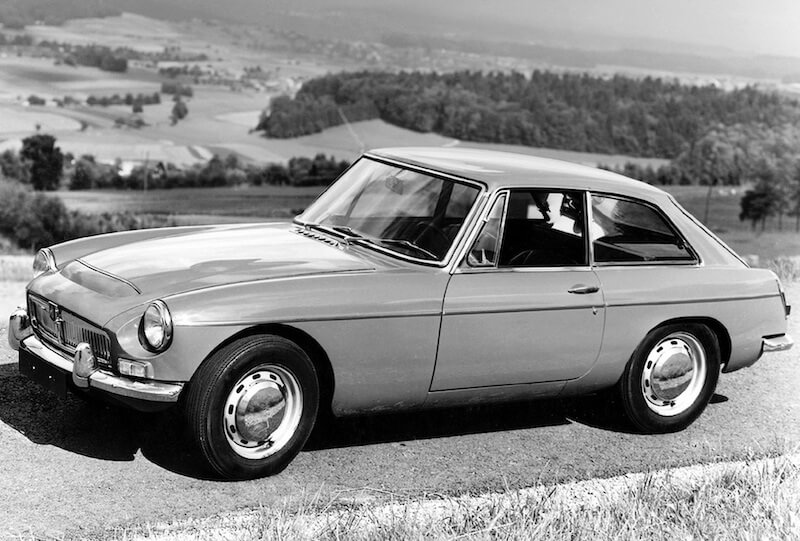 Okay, we know we’re supposed to be talking about the MGB, but this car is worth mentioning as part of the story. When a replacement was being sought for Austin’s ‘Big Healey’ it was decided that slotting the 3.0-litre straight-six C Series engine under the MGB’s bonnet might provide an answer, and this was the result. It was a good idea in theory, with 145bhp giving the potential for strong performance, but the new engine was notably heavier than the B Series unit which offset the power advantage a little. And it had also proved tricky to fit, with bodywork changes needed – a bonnet bulge was an obvious difference – and the adoption of torsion bar and telescopic damper front suspension in place of the usual coils and lever arm dampers. Initial reviews were poor, and in the end it only lasted from 1967 to 1969 with just 9000 made. 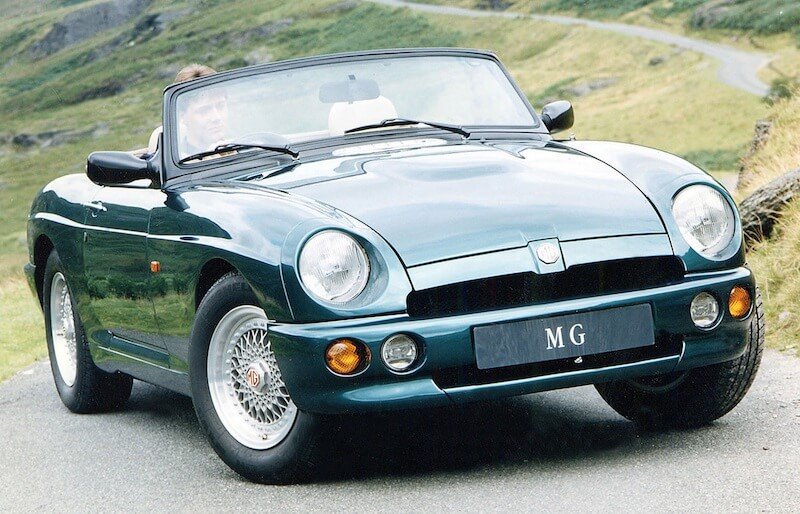 This isn’t quite the MGB either, but it is effectively the final incarnation of the familiar shape which earns it a place here. A dozen years had passed since the B’s demise when the RV8 made its debut, and it was a fitting last hurrah for the famous British sports car. Although still recognisably a B Roadster the new model boasted far more muscular styling, along with wider tracks front and rear and larger alloy wheels. And there was a luxurious wood and leather interior to go with the beefier looks.  But it was the engine that made it special, the fuel-injected 3.9-litre version of the ubiquitous Rover V8 making 185bhp resulting in punchy performance and a great soundtrack. Fewer than 2000 were made between 1992 and 1995 – with most of those going to Japan – and today it thoroughly deserves its status as a desirable modern(ish) classic.