The Porsche Boxster evolved from saviour concept car to iconic modern classic. Mike Brewer Motoring takes a look at 25 years of its history.

Back in the early-1990s Porsche was in financial trouble, with car production dropping and losses mounting up. Something special was needed to turn things around, and the answer arrived in the shape of a new sports car – the Boxster. Here, we pick some highlights from the past 25 years. 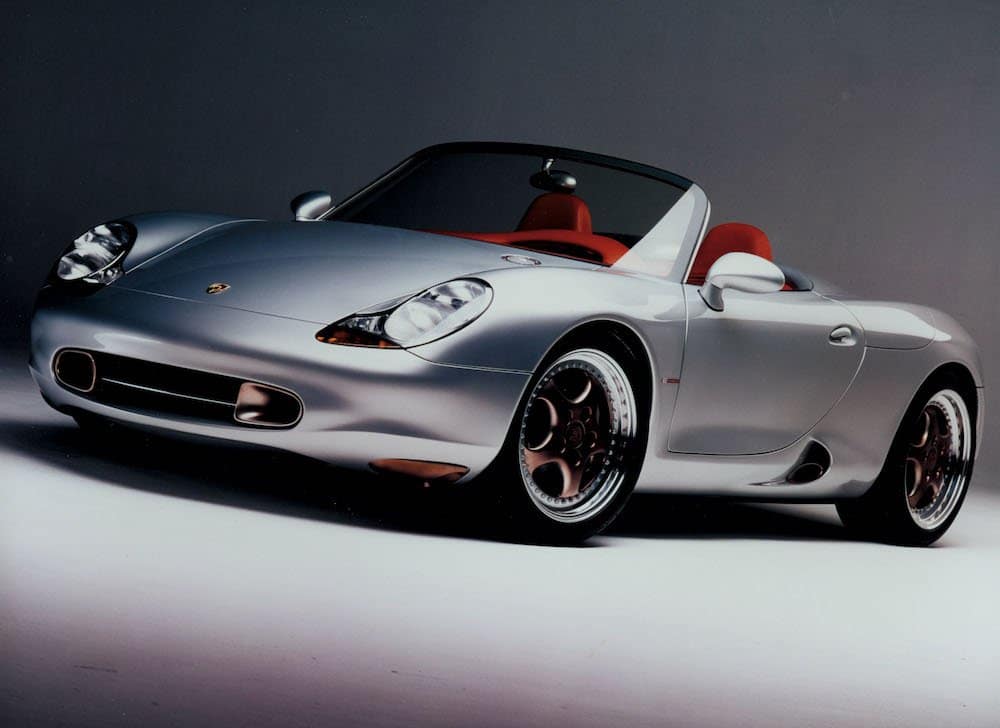 Boxster Concept
Unveiled at the 1993 Detroit Motor Show, this was the model that was going to kick-start the transformation of Porsche’s fortunes. Designed by Grant Larson, it received huge interest from press and public alike and while there would naturally be changes for the production model that arrived three years later, it still looks good today. As for the Boxster name, that came from combining ‘Boxer’ (from the engine layout) with ‘Roadster’. 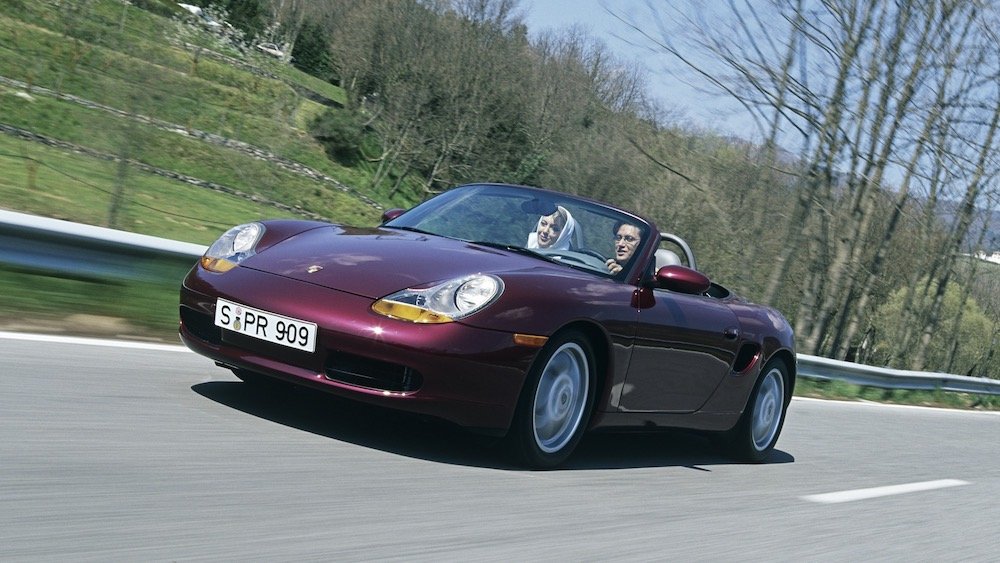 986 Boxster
Launched in 1996 the first production Boxster shared its underpinnings with the 996-generation 911. Featuring a mid-mounted flat-six engine, there was a 2.5-litre version with 204bhp or the beefier ‘S’ with 250bhp from 3.2 litres. There was a choice of 6-speed manual or Tiptronic automatic gearboxes, while the engines were upgraded over time. Wheeler Dealers made a tasty profit on their S which appeared in Series 10 back in 2013. 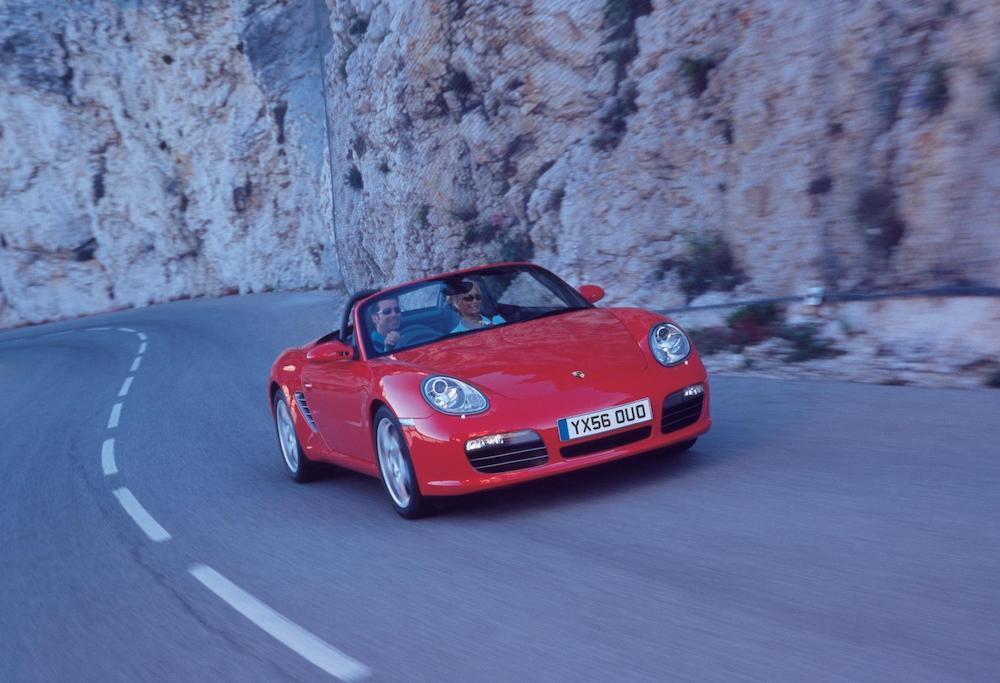 987 Boxster S
The second-generation Boxster boasted a slicker design and a notable improvement in quality, and picking the S brought plenty of power and performance. A 3.2-litre unit with 276bhp at first, it was then boosted to 3.4 litres and 291bhp before receiving a 304bhp direct fuel-injection engine from 2009. Paired with the PDK dual-clutch gearbox that arrived at the same time it cracked the 0-62mph sprint in just 5.0 seconds. 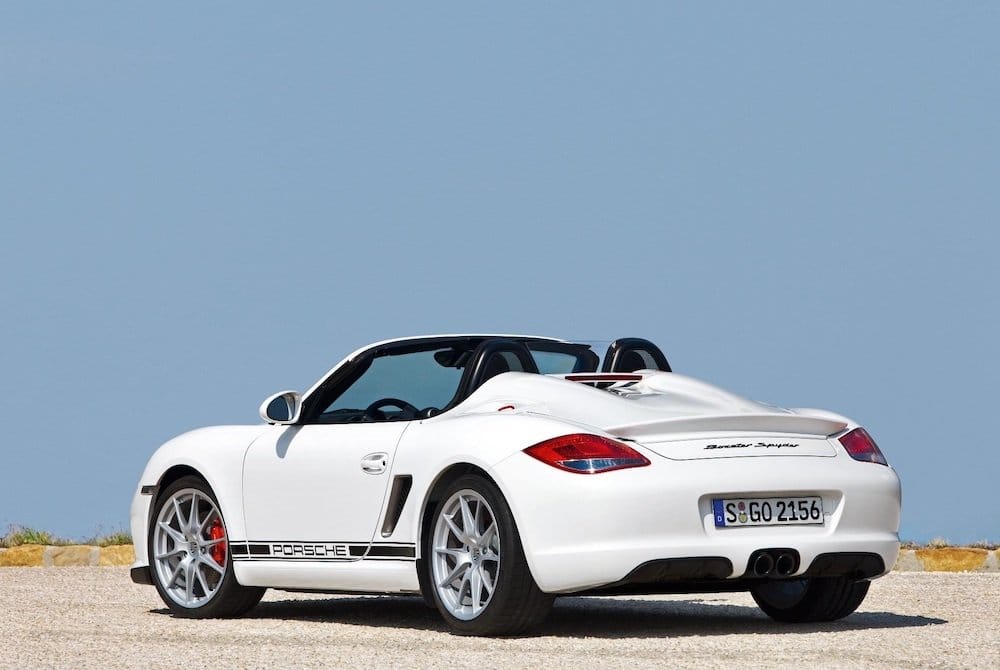 987 Spyder
Arriving in April 2010, the Spyder was based on the S but this limited-edition model was all about shedding weight. 80kg was saved by using aluminium for some panels, a very simple fabric roof, lightweight wheels and seats, and a more stripped-out approach for the cabin. It also sat on suspension lowered by 20mm. At £46,387, it was around £4k more than the S, but it was desirable and huge fun to drive. 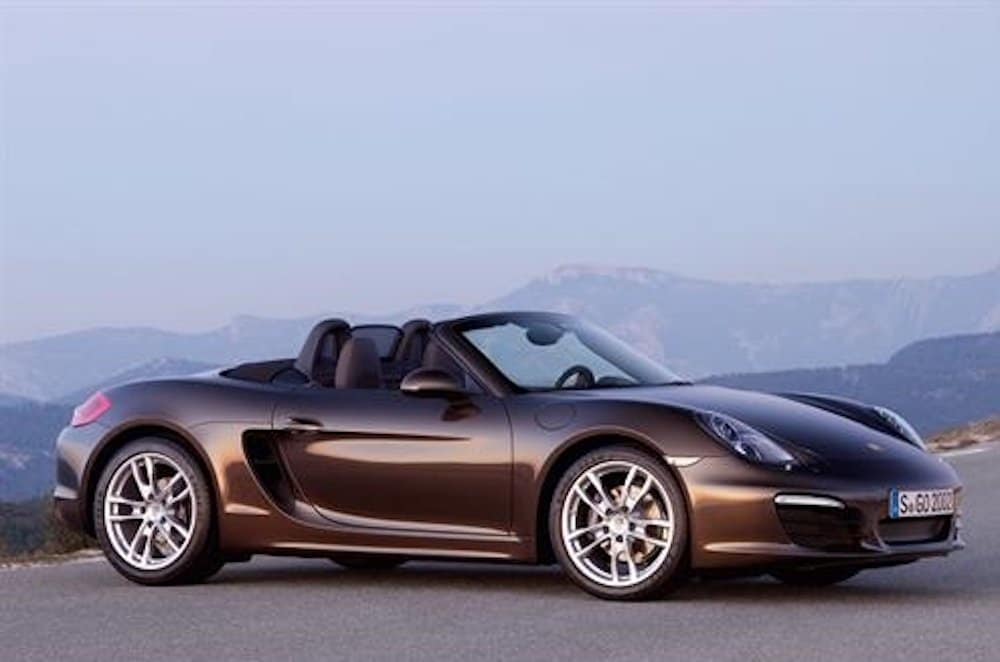 981 Boxster
For the third generation, the Boxster was slightly longer and wider and it now sat on a lighter, stronger platform. Porsche claimed it weighed 40kg less than before whilst also being 40% stiffer, which, along with revised front suspension, benefitted the handling. Initial engine choices were a 2.7-litre flat-six with 261bhp or a 311bhp unit for the S, and there was a choice of manual or PDK automatic gearboxes. 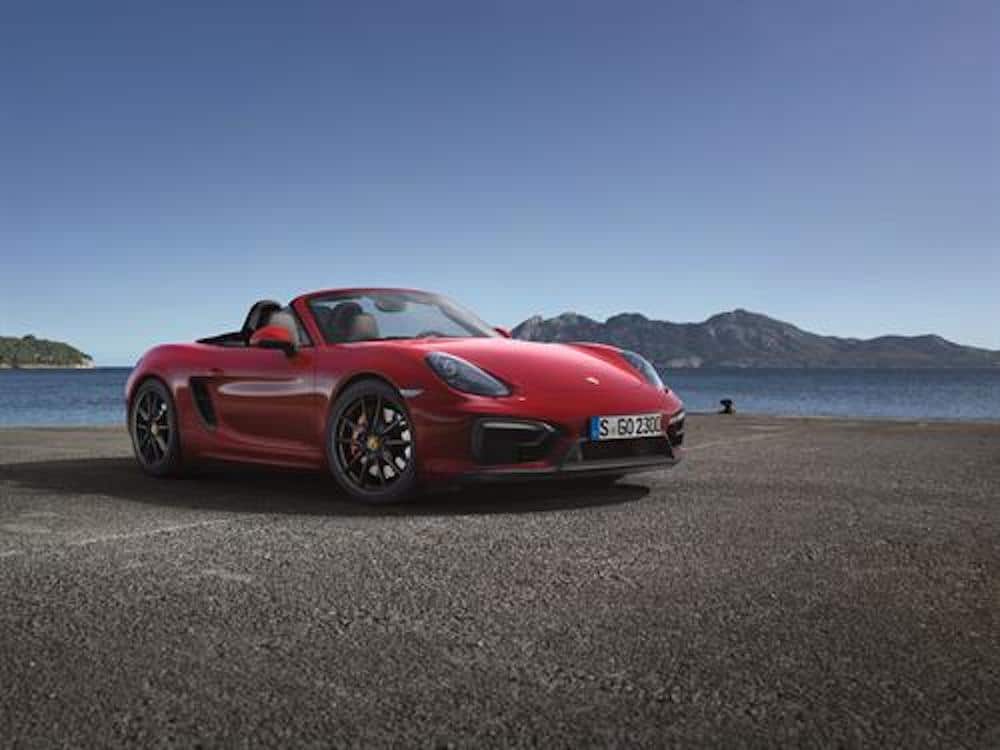 981 Boxster GTS
The GTS badge is always desirable and it was no different for this model that arrived in April 2014. With 325bhp and more torque than the regular S it was thrillingly quick, with 0-62mph in 5.0 seconds and a top speed of 174mph, plus it gained 20-inch wheels, Porsche Active Suspension Management (PASM), Sport Chrono and dynamic engine mounts. Even at £6k more than the S, there was no shortage of buyers. 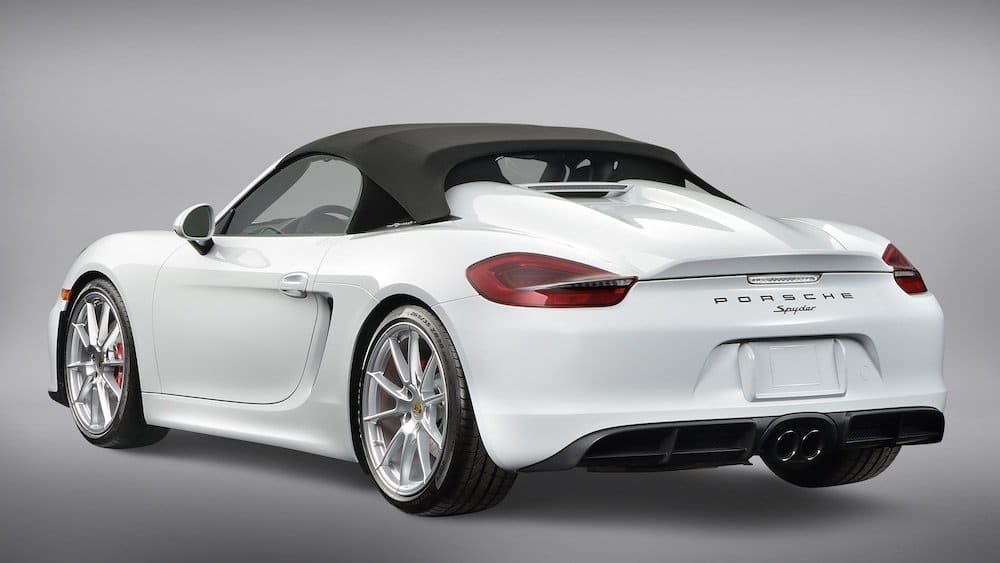 981 Spyder
For a more extreme Boxster, Porsche reprised the Spyder recipe although it did benefit from a better roof than before. It was 30kg lighter and 11mm lower than a standard model, and featured a distinctive, streamlined rear deck, and thanks to a 370bhp 3.8-litre engine it was rapid, too. And with Porsche Torque Vectoring (PTV) and a limited-slip differential as standard it could certainly make the most of that power. 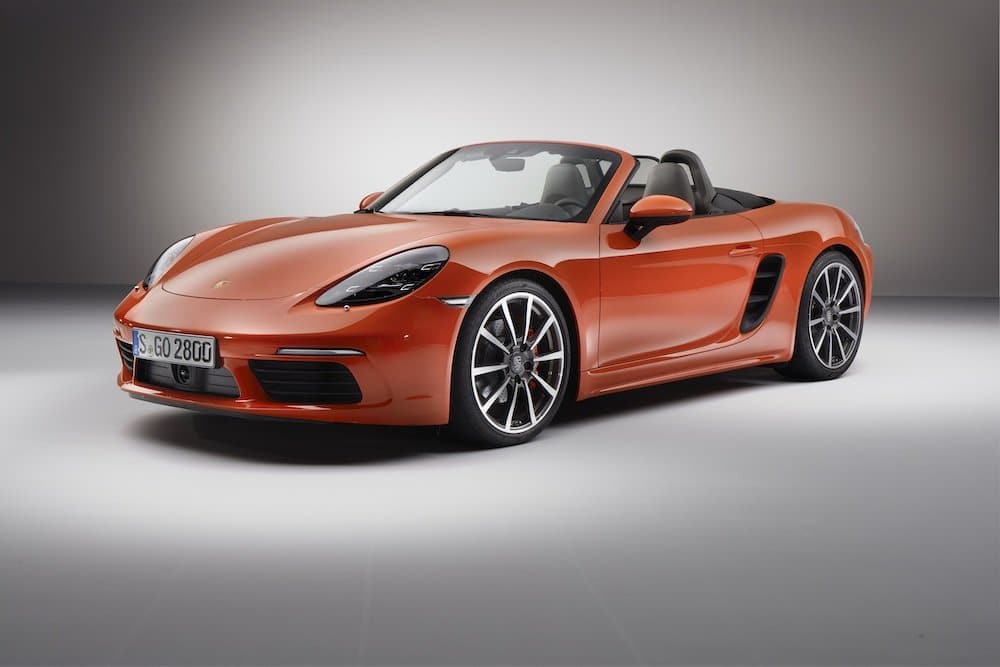 718 Boxster
The current generation (codenamed 982) was launched in January 2016, and it marked a major departure for the popular roadster. The flat-six engines had been replaced by turbocharged four-cylinder units – in 2.0 296bhp and 2.5 345bhp flavours – and not everyone was happy. Criticisms included lack of character and aural enjoyment, but the good news was that performance, handling and build quality were still first-rate, and the Boxster remains hugely desirable. 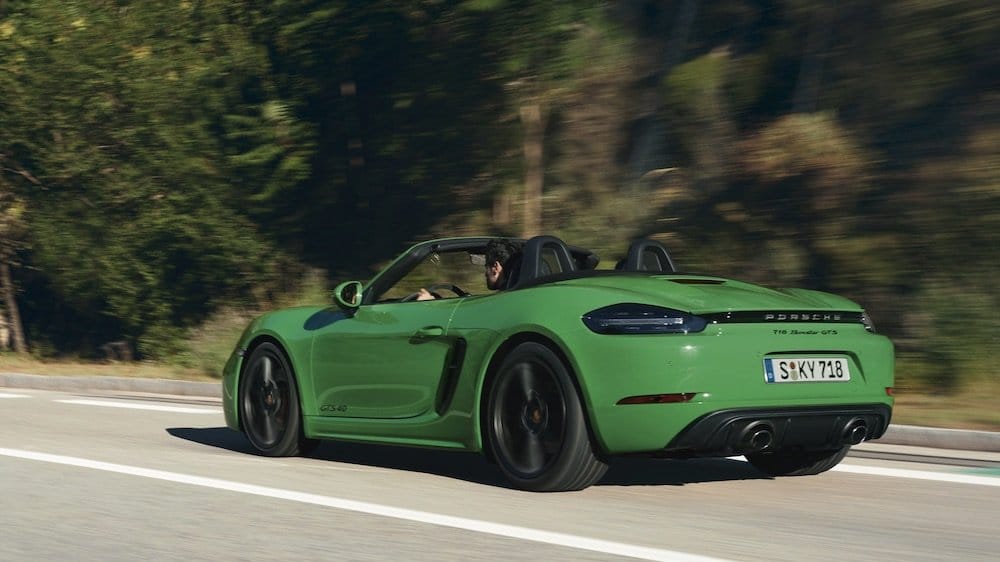 718 GTS 4.0
If you didn’t want a turbocharger and just four cylinders this was the perfect answer.  Borrowing the flat-six, naturally-aspirated engine from the Cayman GT4 resulted in (a slightly detuned) 395bhp at a spine-tingling 7000rpm, and combining epic performance with superb steering and handling makes for one very special Boxster. Featuring upgrades inside and out it arrived in the UK early last year and remains on sale priced at around £66,000. 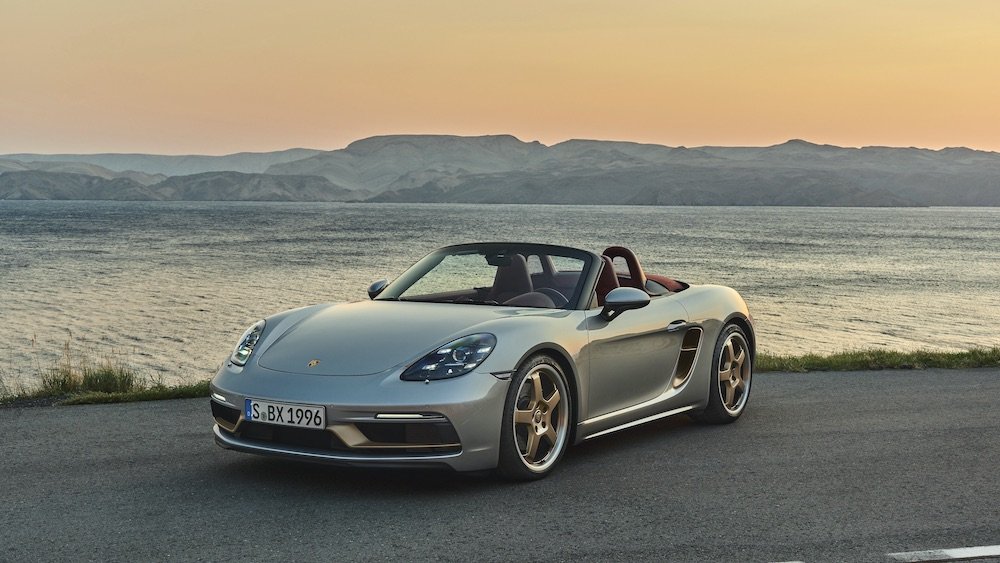 Boxster 25 Years
Based on the GTS 4.0, just 1250 are available worldwide and it’s priced at £72,760 in the UK. It takes cues from the original concept, including GT Silver Metallic paint with Neodyme colouring for the front apron, side air intakes and unique 20-inch alloy wheels, and in a further nod to the concept there’s a red leather interior and red hood. There’s also special badging and plenty of standard kit.