One of the finest driver’s cars ever made. 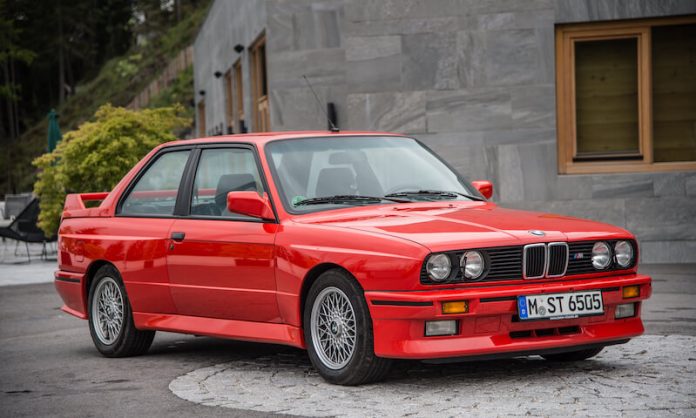 The arrival of a new M3 is always a big moment for car enthusiasts, but with last year marking 35 years since the famous badge appeared we thought it the perfect time to remember what made them all so special… 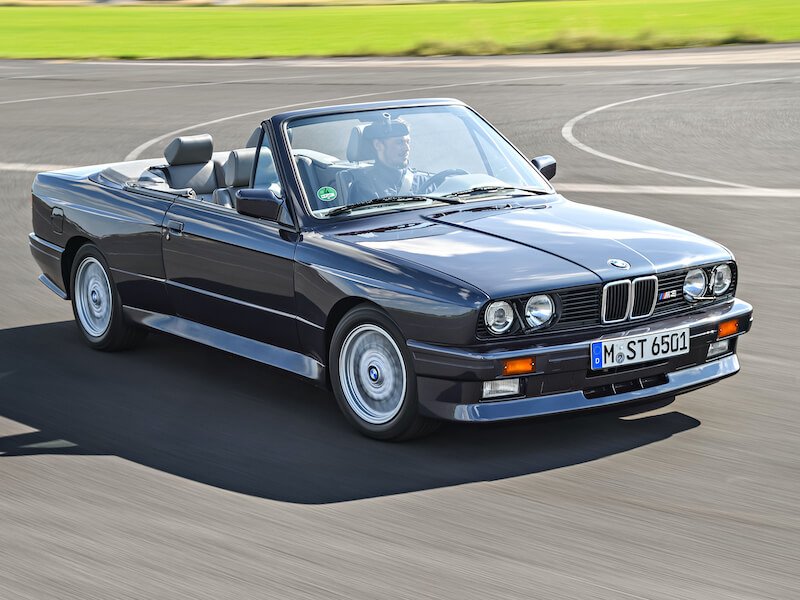 One of the finest driver’s cars ever made, the BMW M3 was developed to homologate the compact BMW for Group A touring car racing and while 5000 needed to be built the final production run amounted to more than three times that. Powered by a 200hp 2.3-litre four-cylinder engine linked to a dog-leg Getrag gearbox, the revvy motor was installed in a body that shared few panels with regular E30s; a shallower rear screen and raised boot lid were key changes. Weighing just 1200kg and achieving 0-62mph in 6.1 seconds the handling was sublime, and you could have a convertible, too. Evo and Sport Evolution models followed, the latter gaining a 238hp 2.5-litre engine, while the limited-run Ravaglia and Cecotto editions are valuable and very sought after. 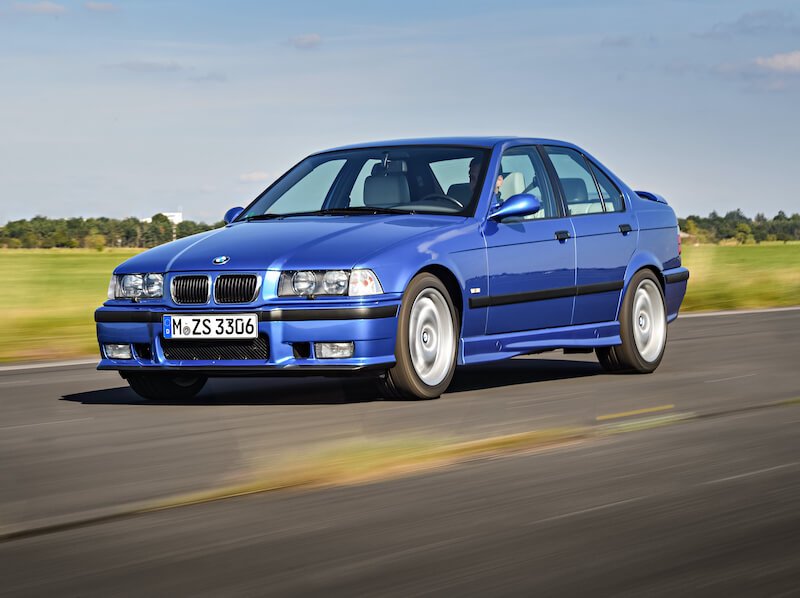 This was the difficult second album and the second generation M3 was arguably a more aggressive-looking proposition this time around. Available in four-door saloon, two-door coupe and convertible forms, power was provided by the S50 3.0-litre straight-six making a beefy 286hp and featuring VANOS variable valve-timing; enough for 0-62mph in under 6.0 seconds and 155mph on the autobahn, this was supercar-baiting pace. In 1995 the Evolution model received a 3.2-litre engine producing 321hp and a 6-speed manual gearbox, followed a year later by the option of BMW’s SMG (Sequential Manual Gearbox) transmission. This might have been a heavier, more luxurious take on the M3 theme – and available in right-hand drive, unlike the original – but there was certainly no doubting its sporting credentials. 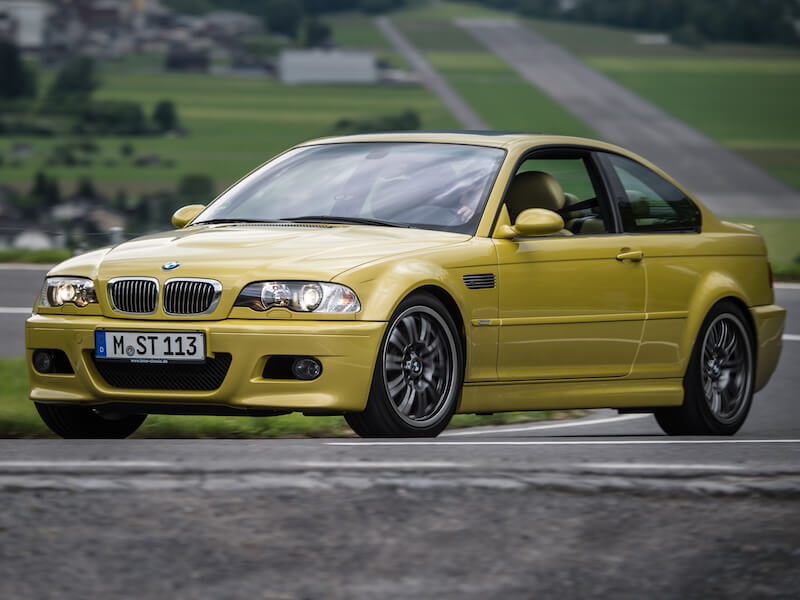 BMW dropped the four-door saloon for the third generation, making the M3 only as a coupe or convertible, but a wonderful normally-aspirated straight-six engine was retained. The S54 unit made 343hp, slashing the 0-62mph sprint to a fraction over 5.0 seconds, and there was a choice of 6-speed manual or SMG gearboxes. And it looked the part, too, thanks to the swollen wheel-arches and quad exhaust tailpipes. Not quite enough for you? Then the limited-edition CSL was even more special, thanks to a power boost to 360hp and a diet that removed 110kg. The latter was courtesy of a carbon-fibre reinforced plastic (CFRP) roof, thinner glass, carbon exterior and interior trim, and the loss of some luxury kit. In all, some 85,000 E46 M3s were sold. 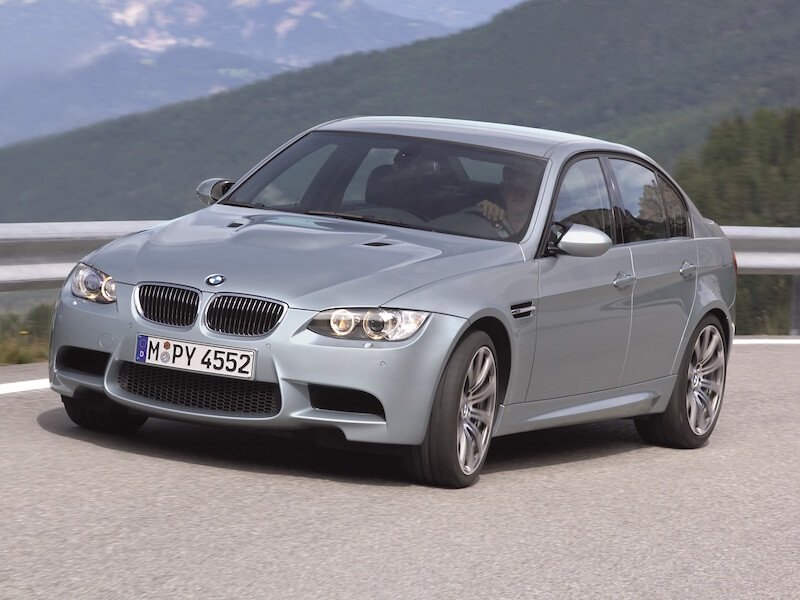 The fourth-gen model marked something of a milestone for the M3, as not only would it be the last normally-aspirated model but the thrilling straight-six engine was replaced with a 4.0-litre V8. Not everyone was happy, although an output of 420hp and stunning performance went some way to sweetening the pill, not to mention off-setting the heftier weight at almost 1700kg. And also new was the choice of a 7-speed M-DCT dual-clutch gearbox in place of the previous automated-manual affair, and it was a notable improvement. 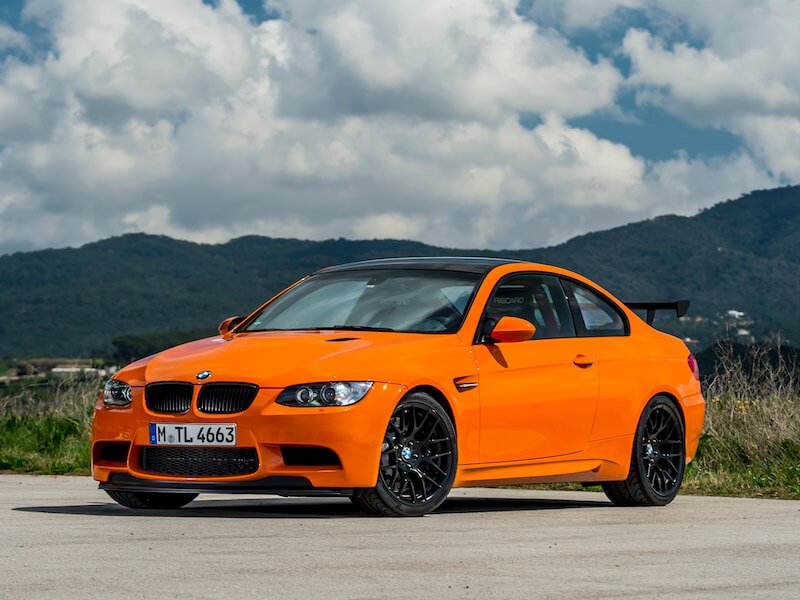 Launched in ‘E92’ coupe guise first, a convertible and saloon followed, while the later, coupe-based GTS was very desirable; just 250 were made, each boasting a 450hp 4.4-litre V8, less weight and uprated brakes, suspension and aerodynamics. 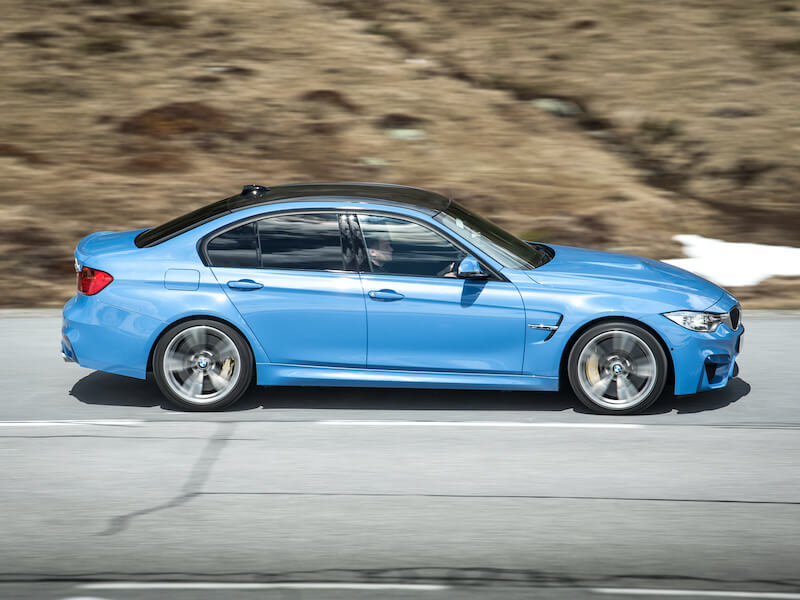 It was all change for the fifth generation, most notably because only the saloon was the M3 – if you wanted a coupe or convertible, those had become the M4. And while the straight-six engine had re-appeared the age of normal aspiration was over, the 431hp output coming courtesy of a pair of turbochargers that BMW dubbed ‘TwinPower’. Still, the new M3 was claimed to be 80kg lighter than its predecessor, and the 30th anniversary ’30 Jahre’ model was special indeed thanks to the Competition Package raising power to 450hp. Production ended in 2018 but not before the lighter, more focused CS was launched – 1200 were made, each featuring thinner side glass that contributed to a 50kg weight reduction and an Alcantara-trimmed cabin. 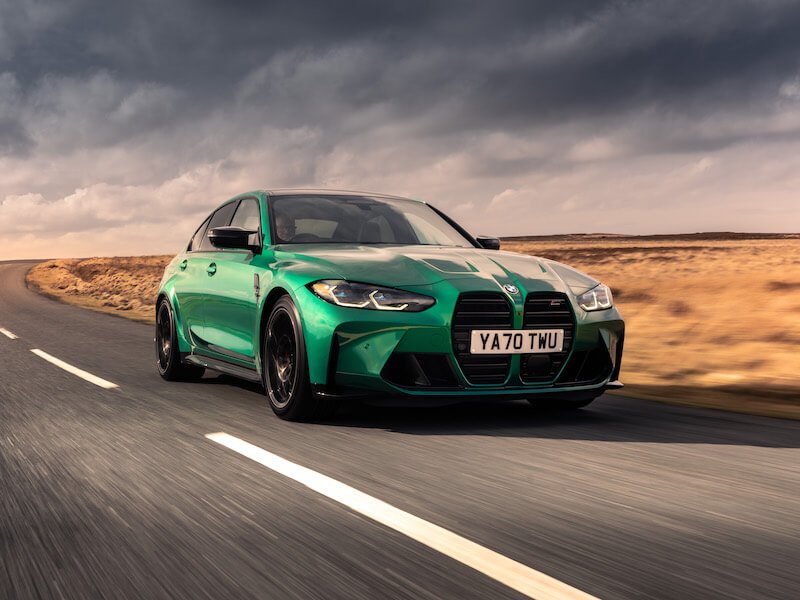 We’ve arrived at the latest M3 and it’s more powerful and more high-tech than ever. The twin-turbo 3.0-litre straight-six produces 510hp, and driving through an 8-speed Steptronic automatic gearbox that means 0-62mph in 3.5 seconds and a top speed of 180mph if you chose the M Pro Package. 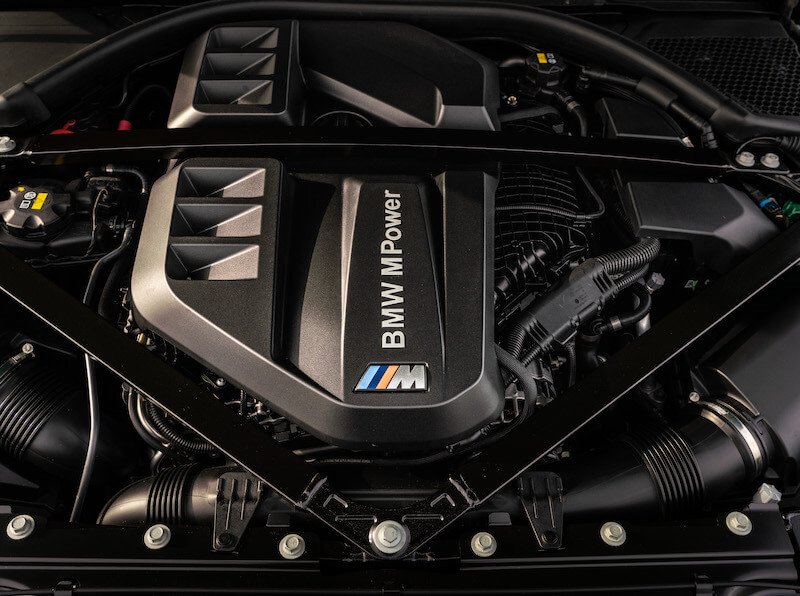 And this generation marks some M3 firsts; buyers can now choose an xDrive all-wheel drive version, while a Touring estate is expected later this year. Bigger than ever before, and with somewhat divisive front-end styling, it’s also packed with tech including numerous driver-selectable modes. These include Comfort or Sport settings for the brake pedal feel, and M Dynamic Mode that allows greater wheel slip for drifting (oh yes, and an M Drift Analyser!).  An epic performance car? You bet.