Is the Citroen Cactus a future classic? 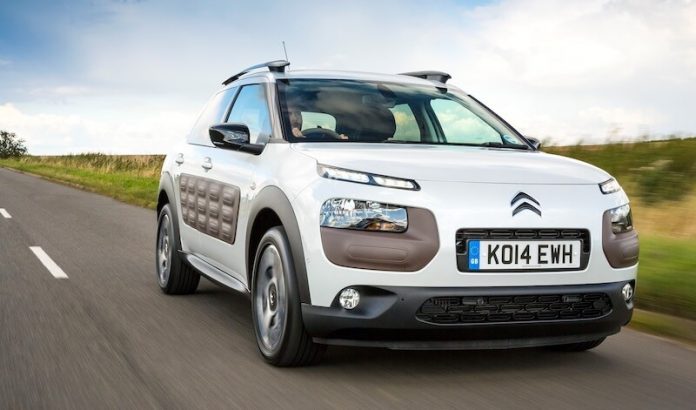 Here at Mike Brewer Motoring we like the quirky and unusual, we’re also partial to a future classic. We think Citroen’s C4 Cactus fits the bill on both counts.

You’ll have to bear with us on this one. We know that the choice of what appears to be a sensible family hatchback isn’t most people’s idea of a future classic, but then in many ways the Citroen Cactus is quite some way from being entirely sensible. That’s exactly what will give it plenty of appeal once showrooms are filled with rows of aerodynamic EVs.

The thing is, classic car types (ourselves included) like to wax lyrical about Citroen quirkiness, but the reality is that we have to go back many years to find it. Like most car makers the pursuit of sales and profits meant mainstream was the way to go for the French manufacturer, and the result was cars that were worthy but a teeny bit dull. Until they launched this. 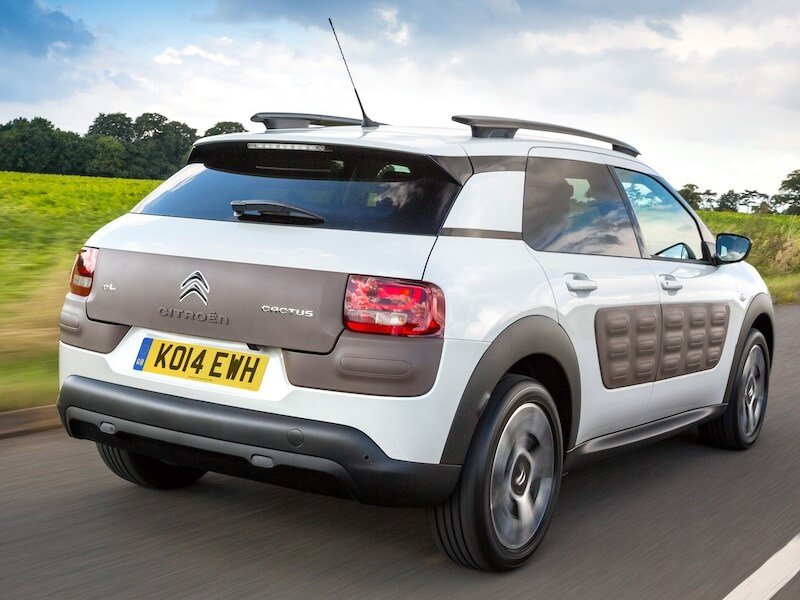 Previewed as a concept in 2013 Citroen said that they aimed to “create a unique harmony between the distinctive and the practical.” But the production version wouldn’t actually be like this…would it? Actually, it was and if you were to park the Cactus next to the multitude of family car rivals it was clear they’d come up with something, well, quirky. It had been a long time since we could say that, but this was very much a return to form.

Yes, you could also argue this was the French firm being wilfully contrary but we think that’s what makes it so fascinating. For one thing, there was the way it looked. The flowing styling and smooth edges were intended to give a non-aggressive aesthetic, but what really stood out – quite literally – were the ‘Airbumps”. Where other cars sported a few meagre rubbing strips to fend off parking dings, Citroen went left-field. Along the sides and at each end were polyurethane skins that resisted scratches and contained air capsules for added protection. Bonkers but brilliant. 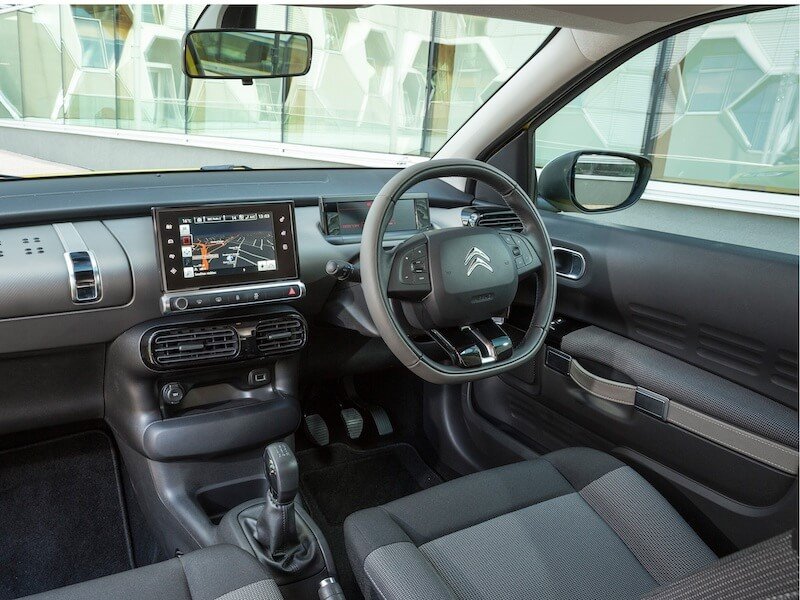 It was no less different on the inside. The usual dials, switches and acres of black plastic? Non. Instead there were natural materials for a “stylish, relaxed atmosphere”, sofa-style front seats, and a completely digital dashboard. It was all about being soothing, comfortable and easy to live with, and that’s not necessarily something you could say about many rival models where ruthless efficiency or faux-sportiness were the names of the games.

There were plenty more unique touches, too, including making the dashboard simpler and cleaner by moving the passenger airbag to the roof, from where it deployed over the windscreen. Obviously. The thermally-insulated glass roof panel made things nice and airy, too, and there were interior door handles like designer luggage. This cabin was different and then some, and for those that admire a hefty dose of Gallic flair that’s just fine. 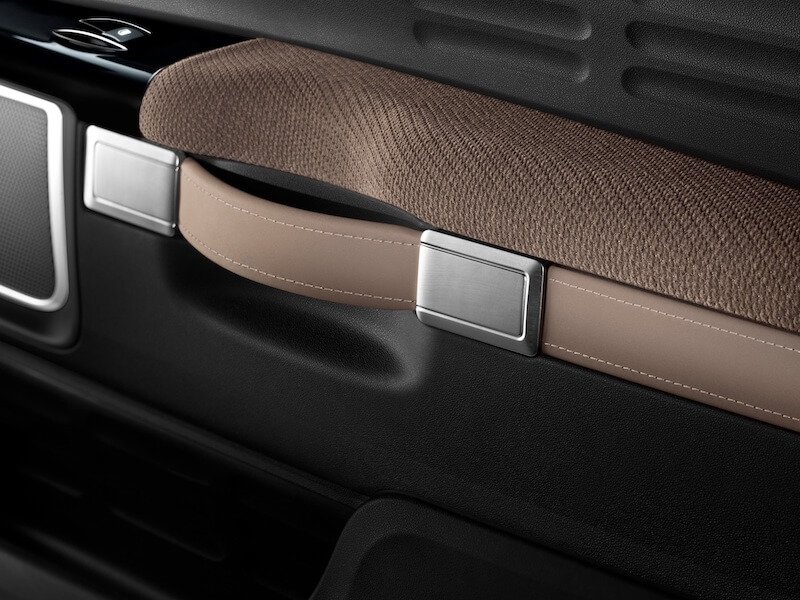 Technology wasn’t in short supply, either. Today’s cars are laden with the stuff, but Cactus buyers benefitted from an app that could assist with finding fuel stations, provide traffic information and help with locating hotels and restaurants. All about making life easy and comfortable, you see. There was even an innovation called ‘Smart Wash’ that made ridding the windscreen of dirt and dead bugs more effective and efficient.

Okay, so things were rather more conventional under the bonnet where a choice of frugal turbocharged petrol and diesel engines were on offer. And while the soft ride and light controls had their pluses one downside was a driving experience that was rather imprecise, which wouldn’t have been everyone’s cup of tea. Still, let’s not quibble. There were plenty of alternatives if you wanted sharper dynamics, but then those didn’t come with Airbumps…. 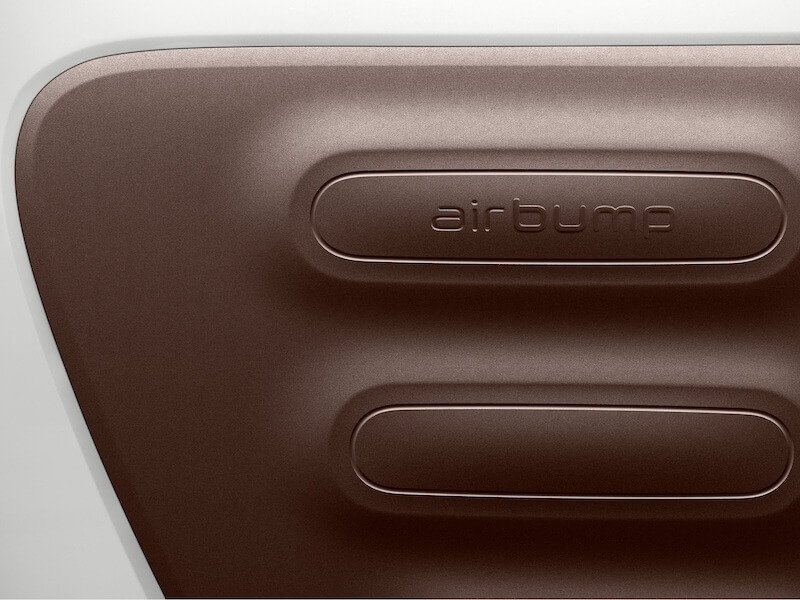 So all of this leaves us where, exactly? Looking at a future classic, we reckon. Bag one now for not much more than £5000, tuck it away somewhere, and in a few decades time it’s a car that will stand out like few others. One that will be considered a little flawed but rather fascinating, and isn’t that just what an old Citroen should be?

Goodwood Festival of Speed to celebrate 50 years of BMW M

The Central Feature at the 2022 Goodwood Festival of Speed will celebrate the BMW M. The sculpture will pay homage to five decades of...
- Advertisement -