It’s been quite a journey... 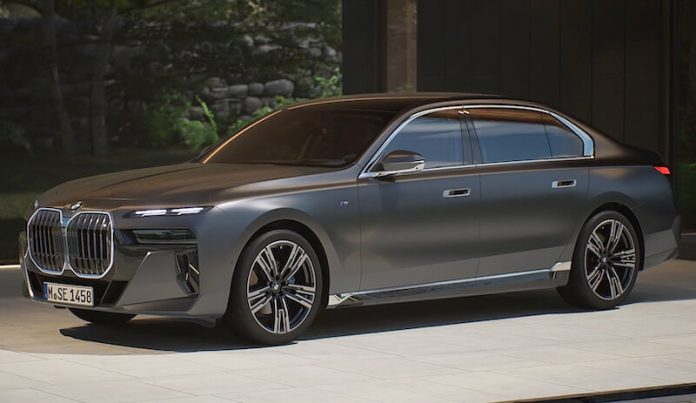 We all enjoy a bit of luxury, don’t we? Car buyers certainly do. The BMW 7 Series not only celebrates its 45th anniversary this year but, in a neat piece of symmetry, enters its seventh generation.

It’s been quite a journey for the BMW 7 Series. Starting with the innovative E23, through the toned down F01 of the early 2000’s, to the latest generation G70. Here we take a look back at 45 years of quality design… 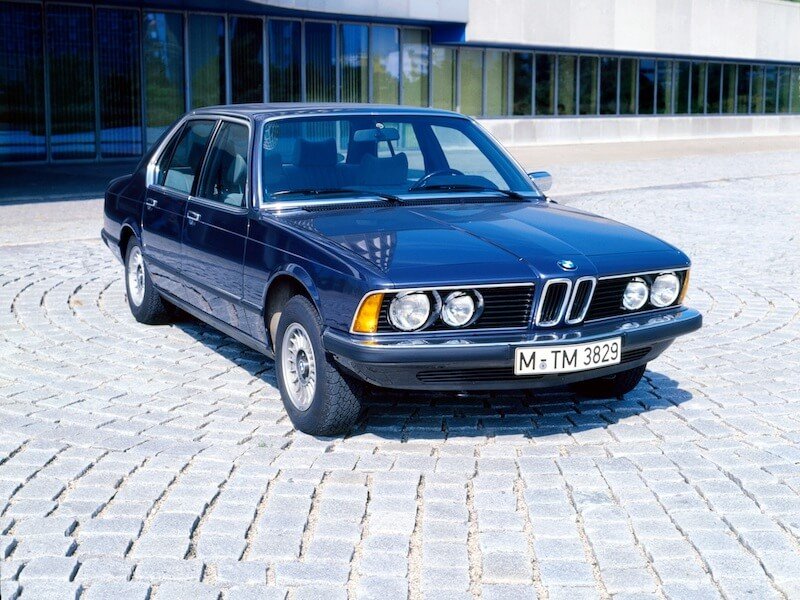 Launched in 1977 this was BMW’s challenger to the Mercedes-Benz S-Class, and with its shark-nosed styling courtesy of Paul Bracq it soon became a hit with luxury car buyers.  Refined, comfortable and with immensely solid interior quality the 7 Series was also good to drive, and boasted some innovative features for the day including an on-board trip computer.  ABS and a driver’s air-bag were BMW firsts, too. Smooth six-cylinder engines were the order of the day, although the carburettor-fed units were fairly leisurely performers; fuel-injection soon added greater efficiency and liveliness, and you could even have your sybaritic saloon with a manual gearbox. 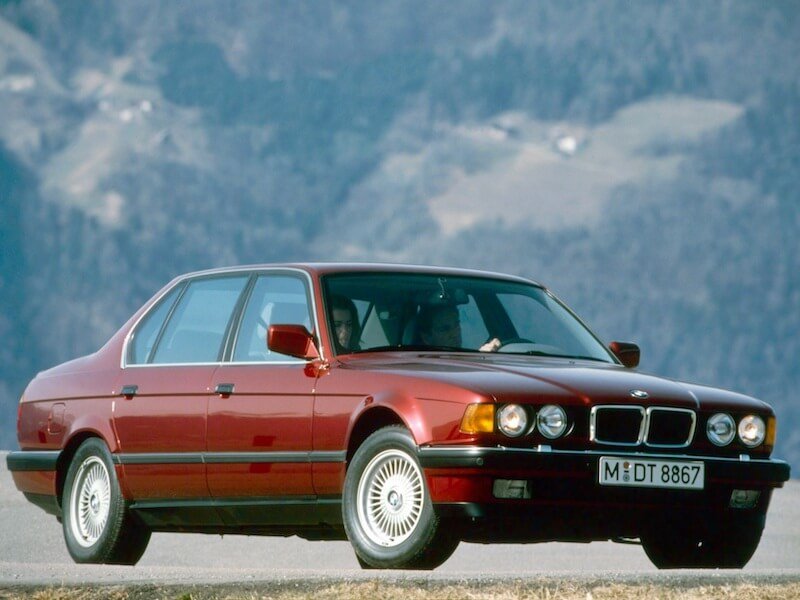 Having adopted a more restrained, square-set look the second generation was arguably less eye-catching but there was no arguing with the hewn-from-granite build quality. This new 7 Series also introduced some impressive tech including double-glazed windows, xenon headlights and the excitement of a built-in telephone. More engines were offered, too, with six-cylinder and V8 units plus a stonking V12 in the 750i. Given away by larger kidney grilles and four square-tipped exhaust pipes it made 305bhp, enough to punch the big saloon to 60mph in 7.7 seconds and on to 155mph. For captains of industry wanting to make a statement there was nothing better. 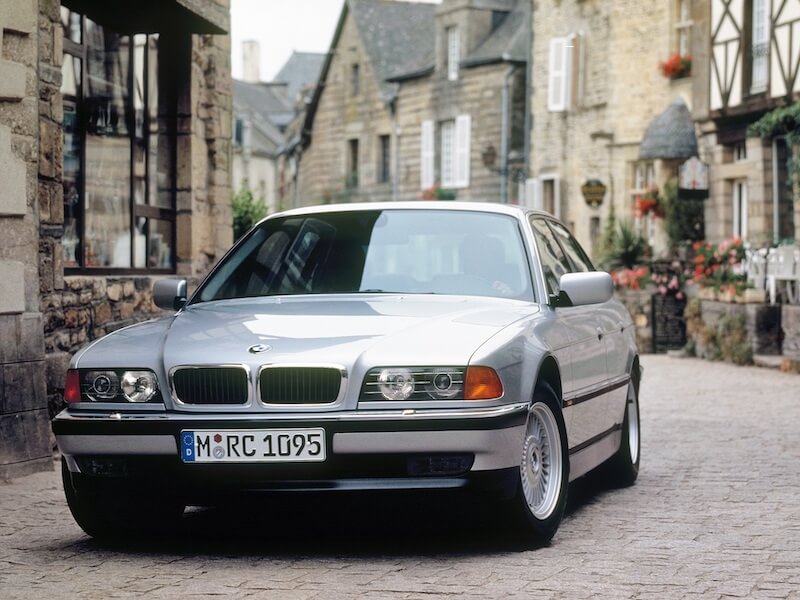 Another styling evolution meant a sleeker appearance for the luxury saloon, while the cabin swapped the slightly austere for full-on sumptuousness. Comfort and refinement were simply superb, but while lounging in the back was very enjoyable this was a big saloon that felt great to drive, too. Naturally there was plenty of kit, but bragging rights went up a notch thanks to the introduction of a satellite navigation system and a television – for sheer novelty the latest 7 Series was unbeatable. BMW hadn’t forgotten great engines, though, and alongside the six-cylinder, V8 and V12 units there was also the option of a punchy and more frugal diesel. 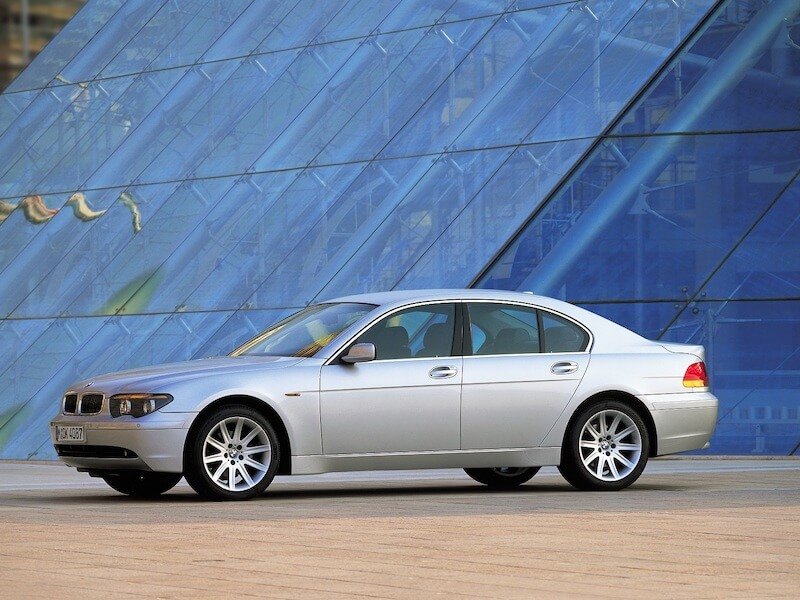 From restrained design to, well, controversy. That’s certainly what greeted the unveiling of the fourth-generation model thanks to the ‘flame-surfacing’ styling that, in this instance, had mostly been the work of Adrian van Hooydonk. This was a bold step for BMW to say the least, but get past the looks – and plenty of buyers did in the end – and you’d discover a very adept luxury saloon. The interior had been re-worked and featured plenty of tech, including the now-common iDrive controller for the infotainment system – it was fitted in place of the gear lever which had now become a small steering column stalk. 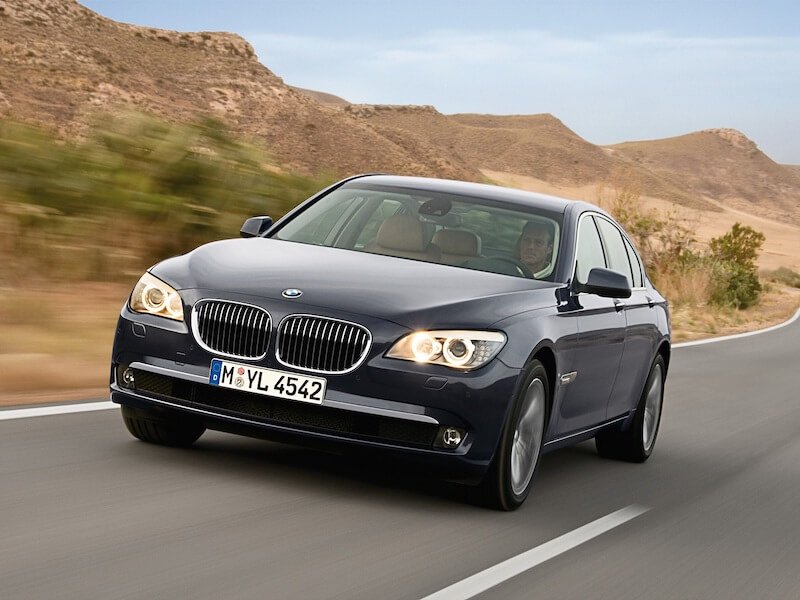 BMW charged Lebanese designer, Karim Habib, with the penning the fifth-generation model and it had certainly been toned down compared to its predecessor. Dimensions had grown so there was even more room to sprawl in the supremely comfortable cabin, and this also become the first BMW to feature a hybrid powertrain. The ActiveHybrid combined a 4.4-litre V8 engine with a 15kW motor, a set-up swapped in 2012 for a 3.0-litre 6-cylinder unit and more powerful 55kW motor. Refinement and equipment levels were boosted across the range, and in case you were wondering the gear lever was now back in its rightful place on the centre console… 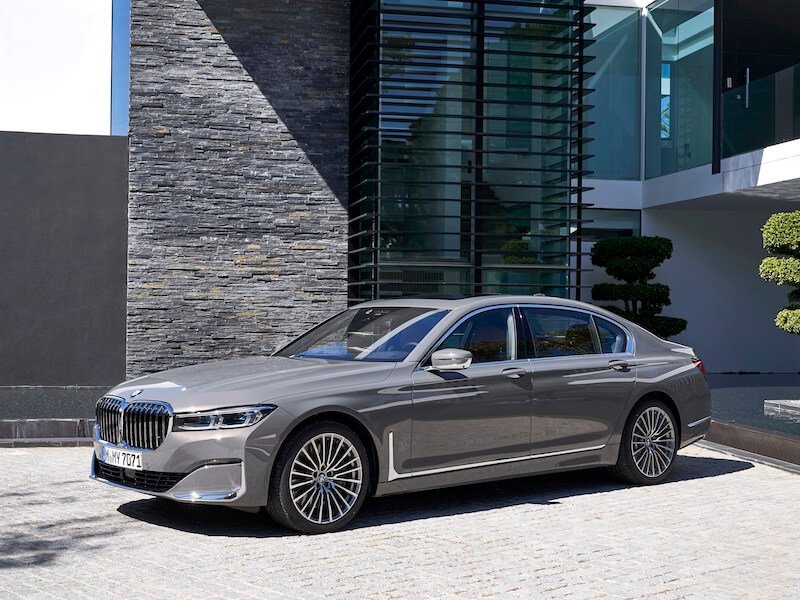 You’d have expected a new 7 Series to be even more high-tech, and the model that arrived in 2015 wouldn’t have disappointed. There was more advanced construction for one thing, with a body shell that mixed steel and aluminium with carbon-fibre reinforced polymer, and this also became the first version to offer a plug-in hybrid variant. The latter paired a 2.0-litre four-cylinder engine with an electric motor for some useful efficiency gains, although perhaps the other end of the spectrum was more tempting; the M760Li xDrive topped the range with a 601bhp twin-turbocharged 6.6-litre V12, 0-62mph in 3.7 seconds and an optional 190mph top speed. 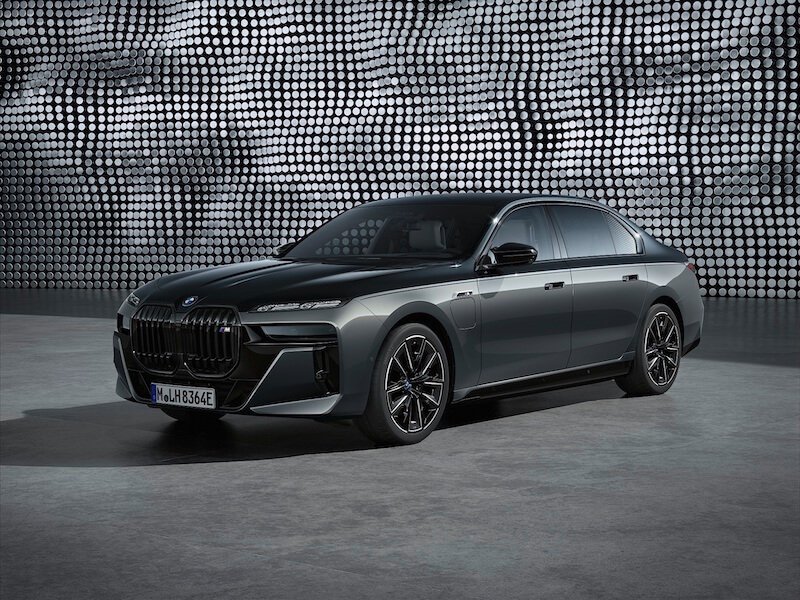 Which brings us to the very latest generation, and the return of styling controversy. This time it’s because of the over-sized grille that’s become something of a BMW trademark, but let’s try to look past that for now. It’s worth it for the technology alone, not least the dazzling array of cabin tech that includes a 14.9-inch curved display for the dashboard, an optional 31.3-inch BMW Theatre Screen that drops down from the roof for rear seat passengers, and touchscreens in the rear doors. It’s a real tech-fest, but it’s also the biggest 7 Series yet and one that brings an all-electric i7 model later in the year.