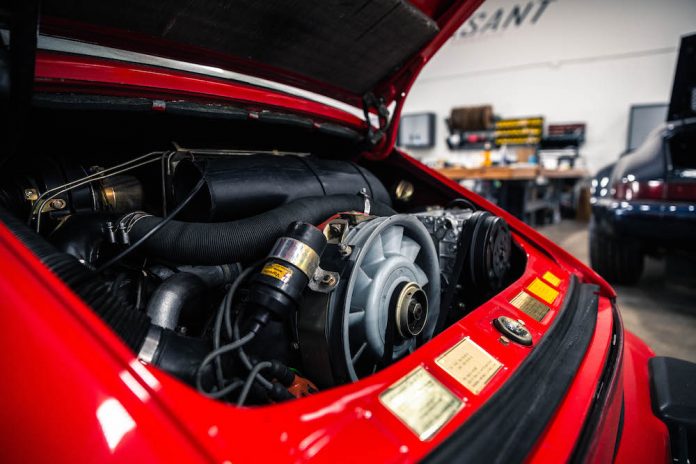 With my Porsche 911SC now in the hands of Rasant Products, gaffer Andrew Darud’s team of Ryan, Trevor and Kevin set to work with the first part of this build – the strip down.

Ryan carefully removed the old air cleaner box and the tons of bits bolted to it from the Porsche. It’s big, bulky and heavy and we simply won’t need it. Anything that comes off the car is going to be recycled back into the Porsche market.

Next up, it’s on to the ramp where the old Max Flow exhaust is removed and kept for resale. The oil pipe that will connect to the replacement backdated headers is removed.

Then it’s time for the fun part – unboxing the new SSi headers that will improve airflow but keep cabin heating, the muffler’s will be M&K for better flow and amazing sound. The guys carefully install both sides with the new Rasant Product Motec M84 plug and play ECU package. Bosch coil on plug ignition, which is both developed and built in-house, is also fitted. 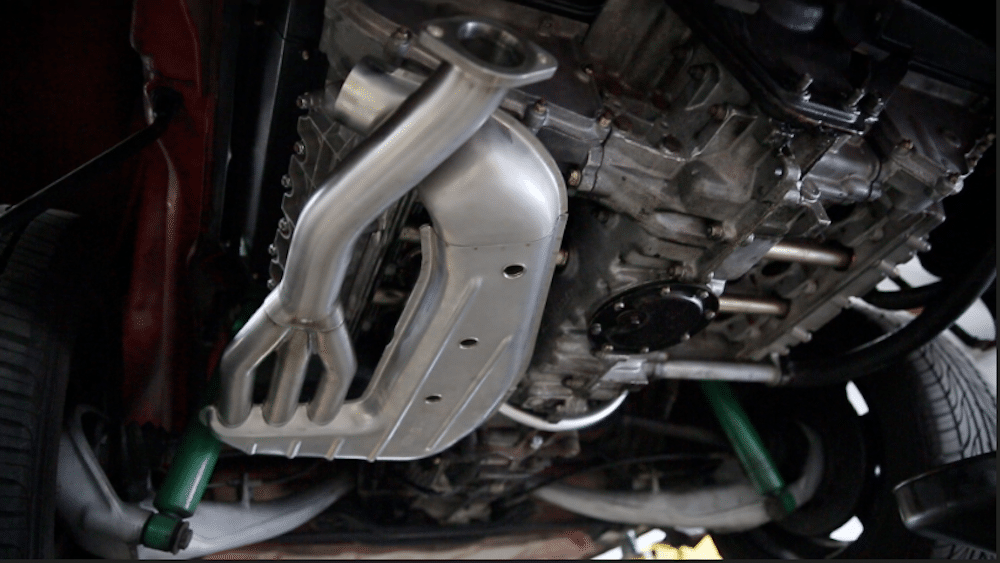 This package modernises the controls of the engine. It improves reliability, performance, and cold start consistency comparted to the outdated systems offered on the air-cooled 911s. It’s basically moving from analogue to digital.

Now for the new Rasant Products IS-6 42mm throttle bodies with 964 resonant plenums. The throttle bodies increase throttle response and improve airflow for more horsepower. However, we won’t know how much the increase will be until we put it on the dyno.

The plenums with their resonant valve improve mid-range performance by modifying the intake volume at different speed/load points. The resonant valve is controlled electronically via the ECU to dial the system in specifically for each engine. 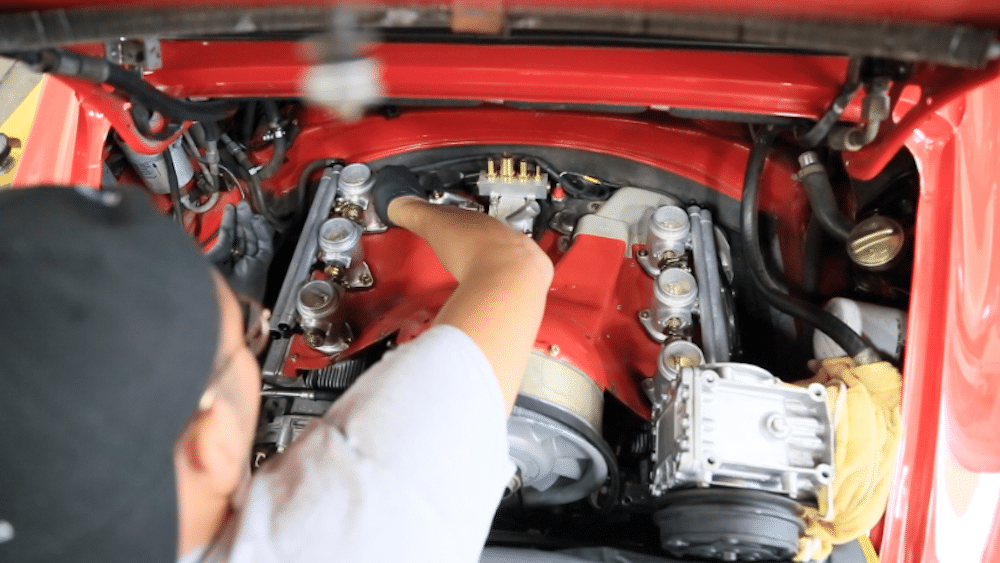 So we have a bigger spark, a bigger bang and better flow! We should see fantastic improvements across the board. Andrew and the team have transformed the look in the engine bay and now with the twin pipes exciting from the rear, the Porsche looks fast.. even when stationary.

However, looks aren’t everything. We really want to know what these modifications have done to the 38-year-old Porsche 911 SC. We have a dyno base figure of 159HP at the wheels, which after all these decades isn’t too bad. Remember Porsche measure its figures at the crank and back. In 1982, this car would have been around 200HP at the crank, so 159 at the wheels seems about right. 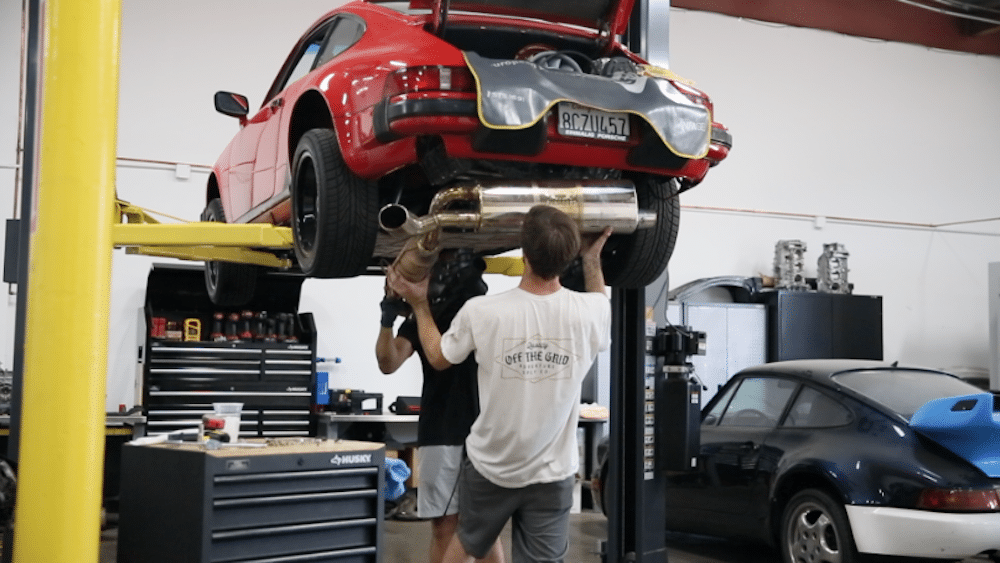 Andrew took the car to the dyno testers and did a series of runs. The first figure was around 180HPm at the wheels, so already an improvement. But, after carefully tuning the Motec throttle curve through a laptop, each run the car just got better and better. The end result was a peak figure of 200.08 HP at the wheels and we can only guess what that is at the crank! The improvement in overall power is over 25% and will make a real difference to the way the car drives.

The next report from me will be from behind the wheel, where I can’t wait to tell you how the car feels.