Emily’s classic car story is one of love, loss and not letting go 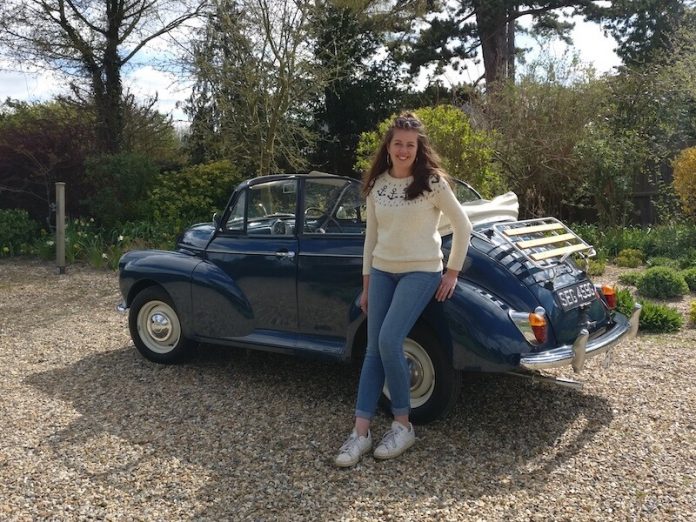 Emily Cook tells Charlotte Vowden how these two vehicles, which were a gift from her late grandfather, have inspired her art, transformed her love life and given her purpose.

The Morris Minor went on sale in 1948 and is one of the most quintessentially British vehicles on the road, which is why Emily Cook persuaded her family to choose something a little more unusual for their first classic car; a 1952 Ford Prefect. It wasn’t long before they decided to expand their fleet with a Morris Minor and almost ten years later, Emily, a classic car illustrator, has taken over ownership of both. Emily shares her story… 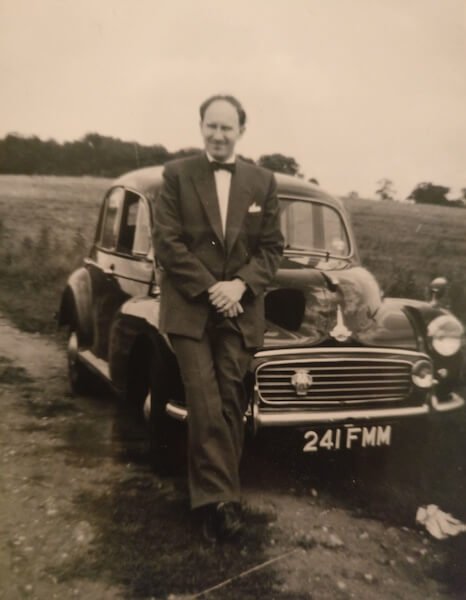 “My grandfather’s name was Richard Johnson. His second car was a Morris Minor and so was mine, Maisy. The last time I saw grandad, on Drive It Day this year, I took Maisy with me, and he was so happy to see that I was enjoying her. He came out of his care home with a few other residents and told them all about how he’d bought Maisy for my family and how proud he was that I was using her, it was really sweet. 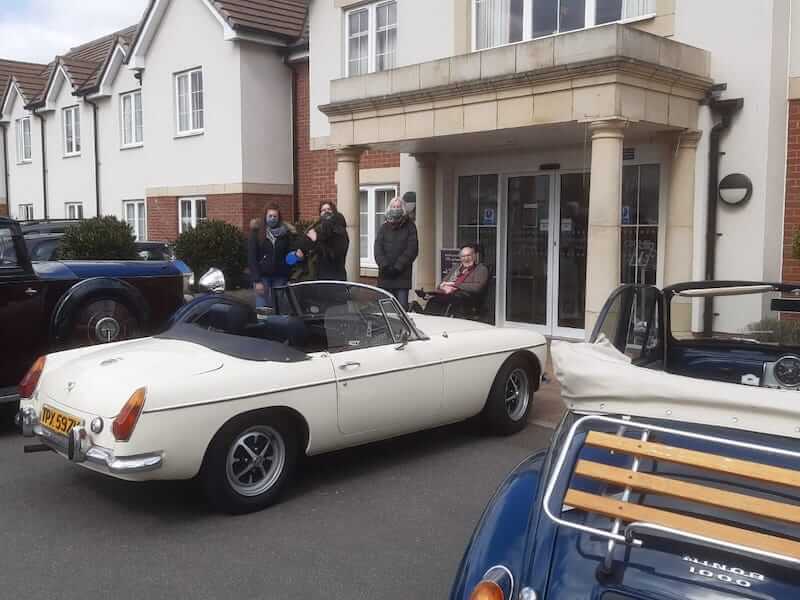 Ten years ago, I knew nothing about classic cars. Grandad had just got over an illness and he wanted to do something nice for my mum, sister and I to say thank you for looking after him. When he suggested a classic car, we jumped at the idea. I talked them out of buying a Morris Minor because I thought it would be nice to get something a bit more unusual.

We found Monty the 1952 Ford Prefect at a dealership in Peterborough, and I’ve still got some of the notes grandad made when we first went to view him – he’d been restored so was in mint condition inside and out. I’d never heard of, or seen, anything like Monty and fell in love straight away. As soon as we got him home, I was hell bent on learning as much as I could about classic cars; we went to shows every weekend and I wrote notes about everything. Grandad absolutely loved it. 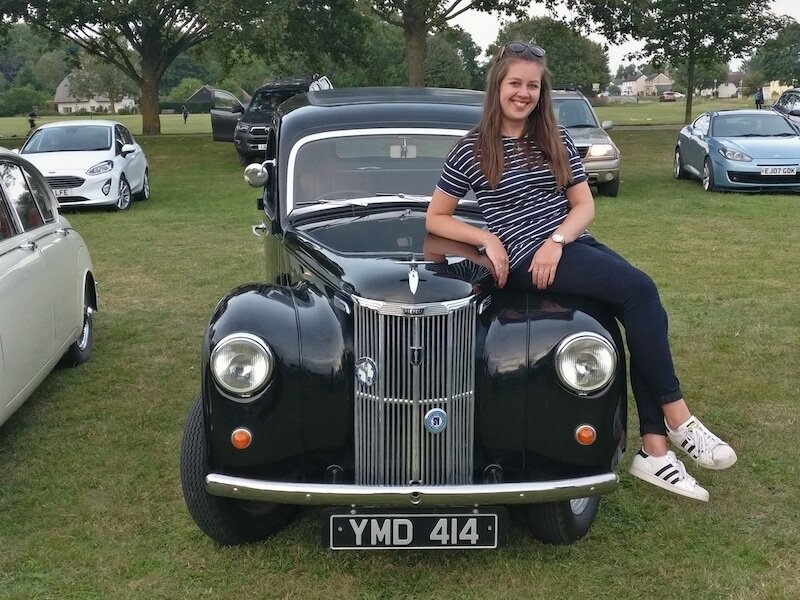 Monty has lots of nice features, such as the aeroplane-shaped bonnet mascot which turns 90 degrees to release the lid, as well as a little dial in the middle of the Bakelite dashboard that opens the windscreen outwards and upwards – it’s his version of air-con.

He’s also comfy, but very bouncy, especially when you’re sitting in the back. We used to laugh whenever mum drove over a level crossing because my head would hit the ceiling. I’d heard rumours that Prefects could tip over if you went round a bend too fast (not that we did!) so that could be a bit nerve-wracking. Grandad had seatbelts fitted and I always held on tight!

I was learning to drive when Monty came into our lives and although I never imagined myself behind the wheel, I watched mum and grandad closely. Mum never went far, and I could tell it took a lot of concentration for her to remember which gear she was in because where you’d normally find first in a modern car, is actually reverse. The three-speed gearbox feels totally back to front – you have to go down for first, up for second and then down for third again.

We had six months of fun with Monty before granddad decided we should get a second classic car. We found Maisy advertised in our local paper and by now I’d passed my test. 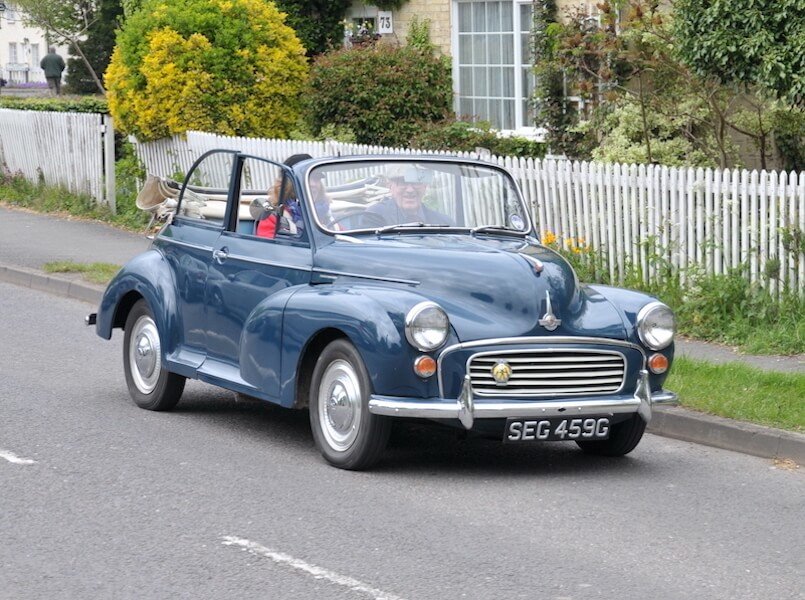 Mum has always maintained that Maisy is the easiest classic car she’s driven so that gave me the confidence to give it a go myself and on my first drive I led a procession of cars through my village. We were en route to a car show, and I don’t know how I ended up at the front of the convoy, but I did. I was nervous but mostly excited. Now it feels so natural to get behind her wheel, she’s effortless.

For a while, Mum and I shared Maisy, while grandad drove Monty, but there came a point when his failing health meant it wasn’t safe for him to be on the road anymore. At this point, mum took over the Prefect and I took over the Minor, but after a couple of years grandad said: “I know she’s being well taken care of, so I’ll sign the logbook over to you.” For years she’d been considered mine, but it finally became official.

In 2016 I went to my first Morris Minor Owners Club rally and that’s where I met my boyfriend, Tom. Funnily enough, my mum was at a local car show in the Prefect when she met her now husband. It’s lovely to think that they are both in our lives because of classic cars. Between the four of us we’ve grown our fleet of vehicles quite substantially. 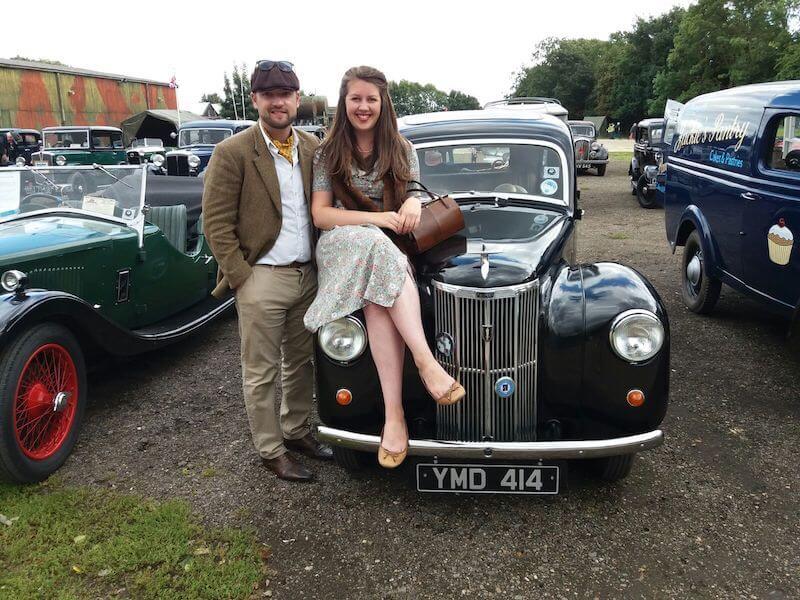 I used to take a sketchbook to events and do line drawings of the cars on display. People would be interested in what I was up to which meant I got to talk to a lot of like-minded enthusiasts. I’m a full-time art technician now and create digital illustrations of classic cars in my spare time – while Tom does a lot of the mechanics and maintenance on our cars. He’s taught me to listen to her more and pay more attention to things like the temperature gauge. 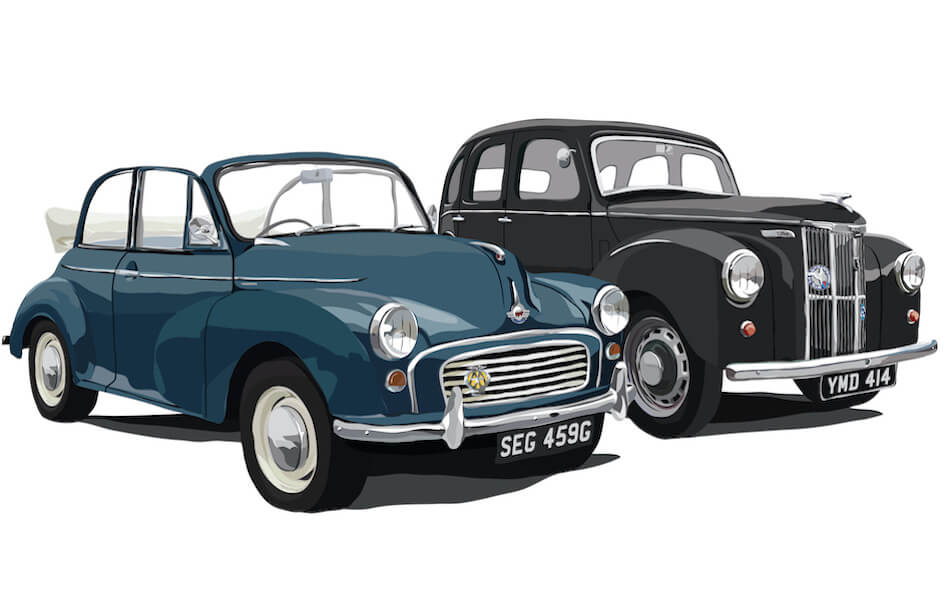 With Maisy, I wouldn’t say it’s always been plain sailing, there have been breakdowns, but nothing really drastic. On one occasion, I hadn’t got far from home when she just came to a stop. A man who had been walking along the path opened the passenger door, jumped in beside me and said: “What seems to be the issue then?” I was stunned, I had no idea who he was. I turned to him and told him I was going to leave her there. He said OK and got out. It was nice that he offered help, but it was so random.

With classic cars you get used to squeezing things into small spaces when you go on tour, and Tom and I managed to make it work when we packed Maisy for her biggest trip yet, a Minors on tour MMOC holiday to Belgium, and she accomplished it faultlessly. 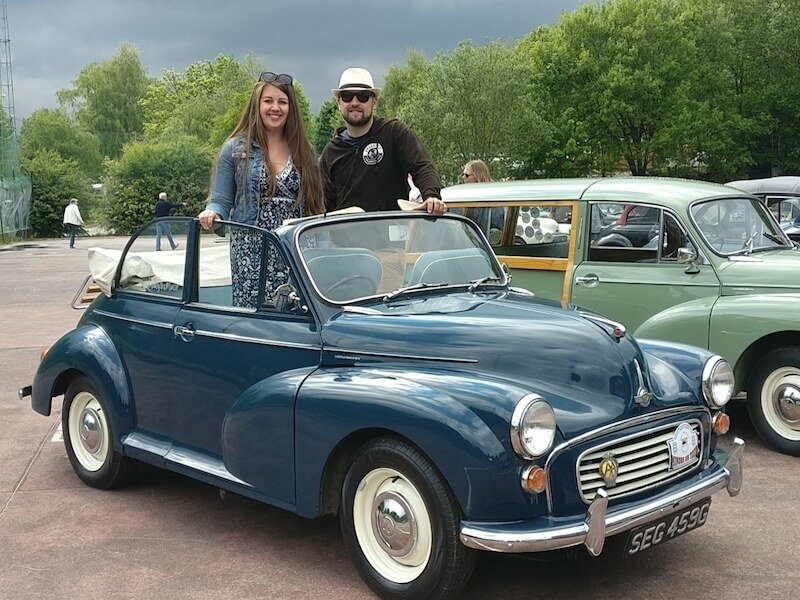 I drive pretty much everywhere with the roof down, which can be rather breezy, and I’ve never intentionally put her away for winter. She looks shiny on top but at some point, she’ll need to come off the road to be welded and re-sprayed. Tom takes great delight in pointing out all the other Trafalgar blue Morris Minors and teases me because she’s common, and although there’s nothing particularly special about her, she has huge sentimental value to me. We sometimes see her previous owner’s grandson at shows and he says: “oh if you ever want to sell her, we’ll have her back”, but I couldn’t bear to part with her. 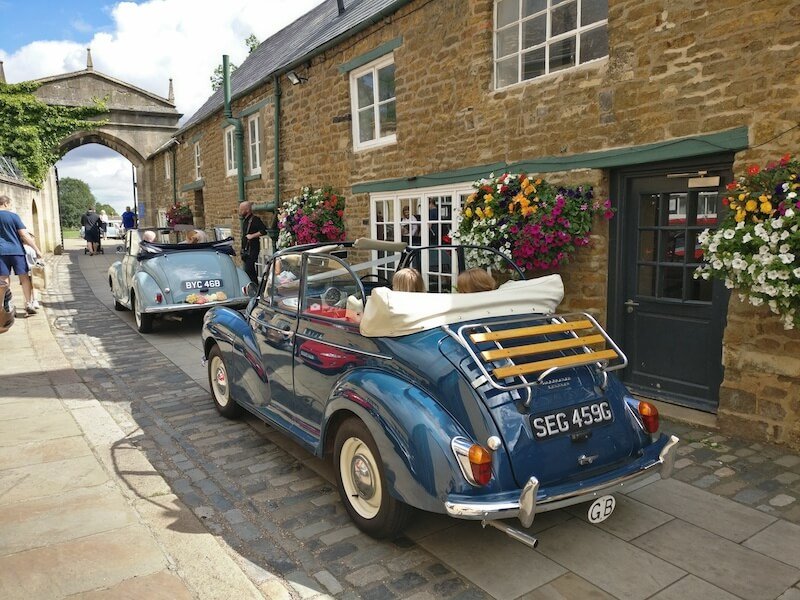 Monty is the car that started my obsession with classics so when mum mentioned she was selling him I asked if she would consider letting me buy him – she said yes. Soon after that conversation grandad was rushed to hospital and a few days later he passed away. During that time mum told him that I was taking on Monty’s ownership and apparently, he was chuffed to hear it and although Monty is a bit more of a museum piece than Maisy, he won’t just sit in the corner looking pretty.

Grandad and I were close, and it was such a shock to lose him, but I’m glad he knows Monty is staying with the family. I’d have been devastated if we’d lost the car and then grandad.