FeaturesMe & My CarMe and My Car: Jake Clappison's 1979 Triumph Spitfire

When a young car fan was ready to buy his first classic he settled on this popular Triumph Spitfire, and now Jake Clappison can’t wait to share his passion with other enthusiasts.

Following in his dad’s footsteps, Jake Clappison was keen to have a classic of his own and we love his choice of a 1979 Triumph Spitfire.

The Triumph Spitfire is a great British sports car – and one that has featured on Wheeler Dealers, of course – that is fun to drive and benefits from an enthusiastic and knowledgeable owner’s club scene. Naturally, we were keen to find out more about Jake’s ownership experience so here’s his story. 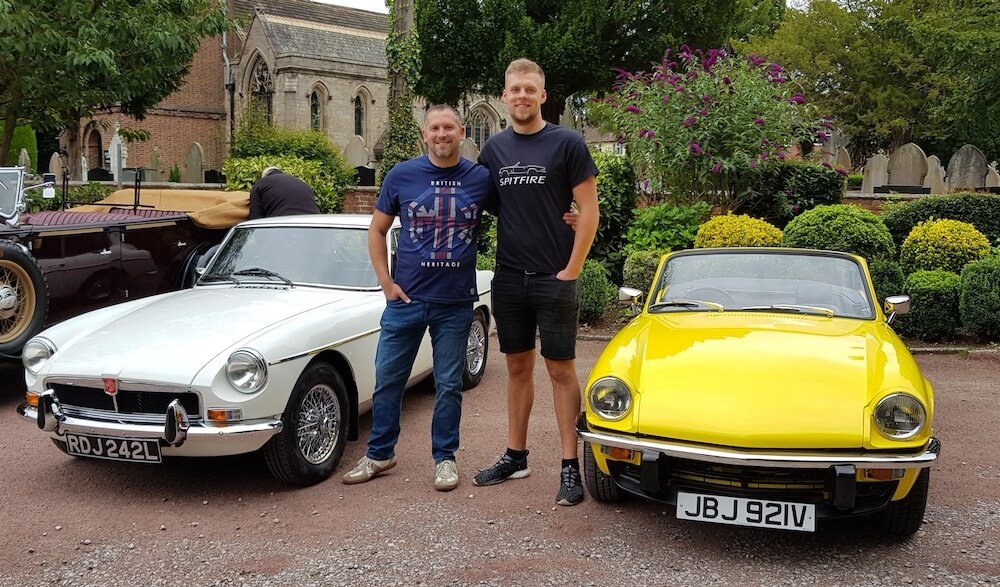 “From an early age, I’ve always been interested in cars and share my dad’s passion. He owns a 1972 MGB GT and having accompanied him to shows, including the Classic Motor Show at the NEC in Birmingham, I decided that I wanted to join the classic car community. So in September 2019, at 19 years of age, I bought my 1979 Triumph Spitfire from a fellow local car club member.

Now this may seem like a strange choice of car for someone who is 6ft 7 but I found that I could get in and out of the car without too much trouble and I mostly drive the car with the hood down, so don’t have to worry about head room! 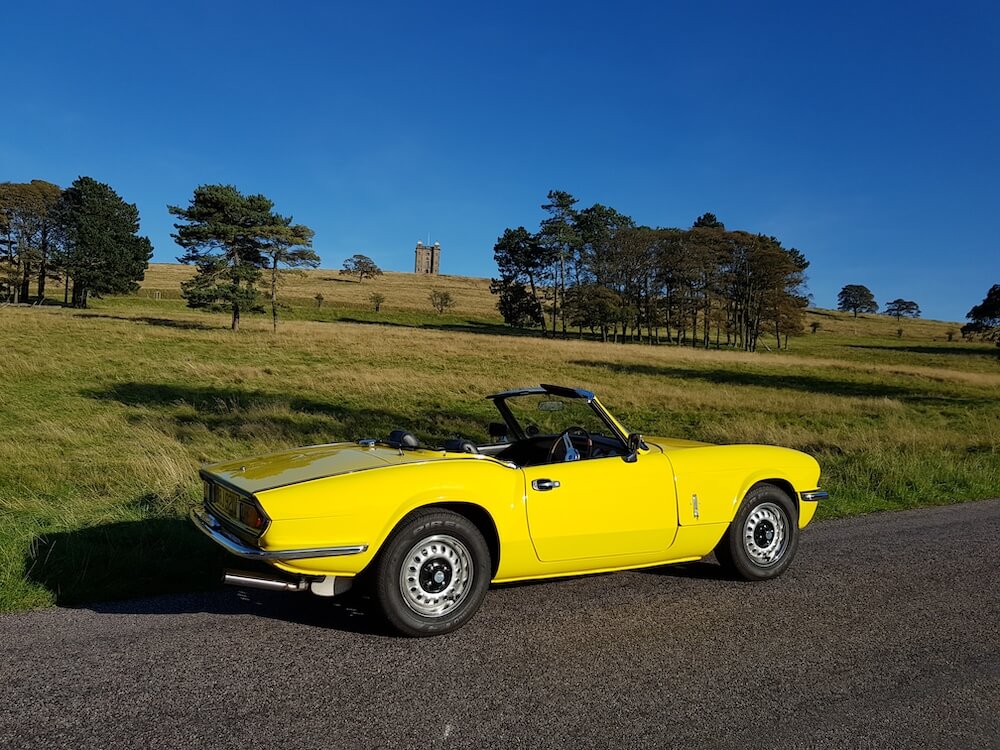 One of things that instantly attracted me to this car was the bright yellow colour, but it also has extensive past history including photographic details of previous restoration work and this revealed that the car was originally manufactured in white.

About 20 years ago, a previous keeper completely restored the car and decided to change the colour to yellow which I think looks much better and was also a colour that a lot of these Spitfires were originally produced in.

The car has a detailed history file, including the original passport to service book – having initially been bought by a lady from a dealership in Ipswich it spent its early life with her in Felixstowe before heading north. 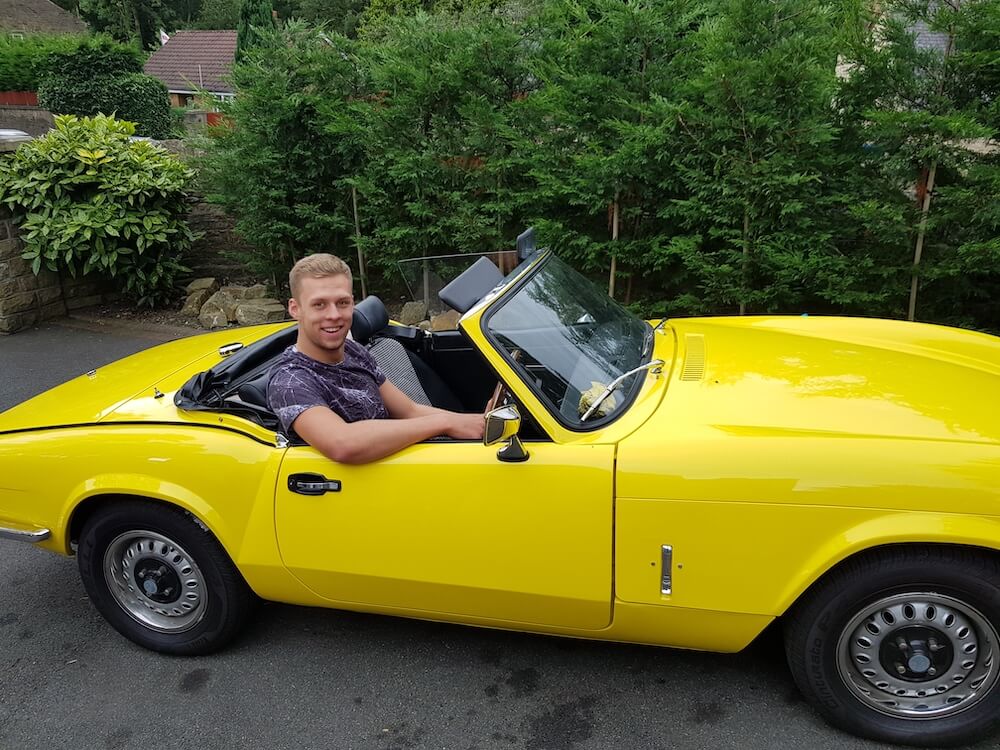 My plan for the car was to drive it as much as possible while displaying it at shows during the summer months, but unfortunately within six days of buying the car, the head gasket failed and this was the start of some ongoing mechanical issues. As quickly as I resolved one issue, another would occur.

Also, I was scheduled to display my car as a finalist on the Lancaster Insurance Pride of Ownership stand at the Practical Classics Restoration Show in March 2020 and I was really looking forward to seeing my car under the bright lights of the NEC, but once again fate conspired against me and due to the pandemic this show, along with most others in 2020, was cancelled. 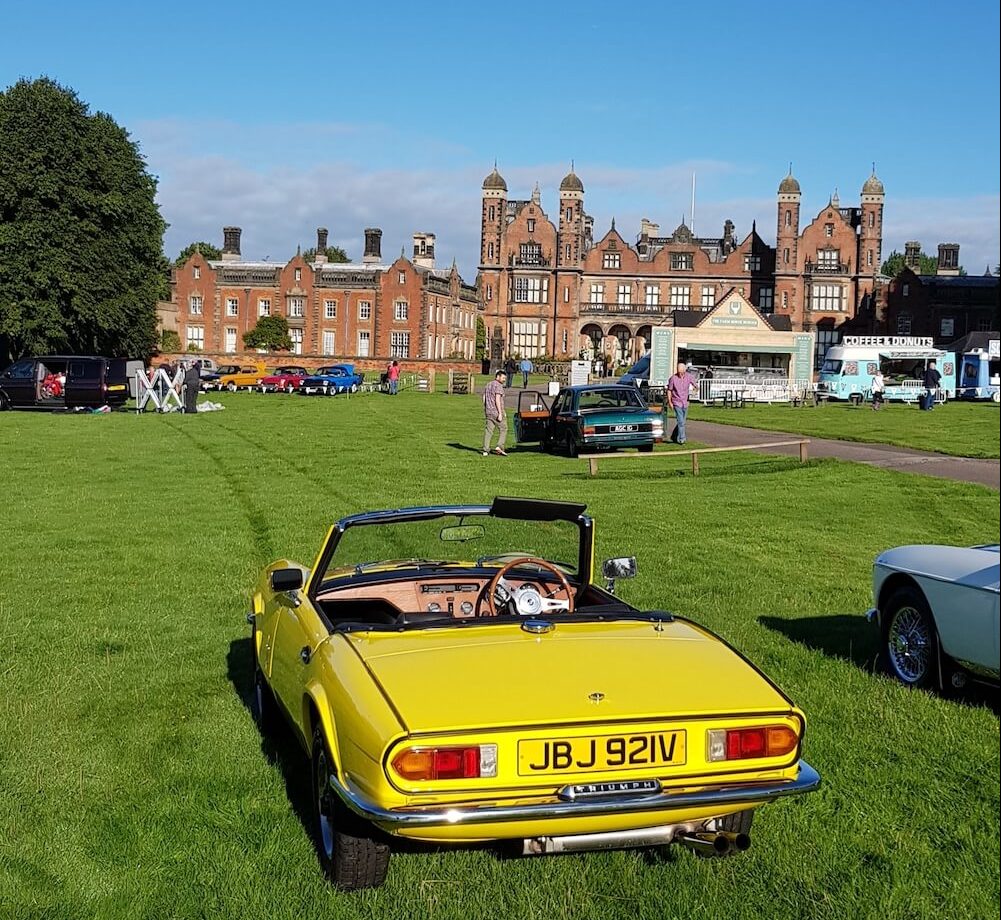 Finally in late August I got to display my car at Capesthorne Hall in Cheshire – it was a glorious day and I was parked alongside my dad’s MG so it was worth the wait.

I’ve continued to work on improving the car, including detailing the engine bay, so it will hopefully be ready to display during the summer. The Spitfire is such a great car to work on, as like the Jaguar E-Type, the entire bonnet tilts forward allowing easy access to the engine bay and you can sit on the front wheels whilst working on the engine.

Also, I have a brand new carpet set that I will be fitting and plan to have the seats restored, maintaining the original check cloth rather than converting them to leather, as I am trying to keep the car as close to original as possible. 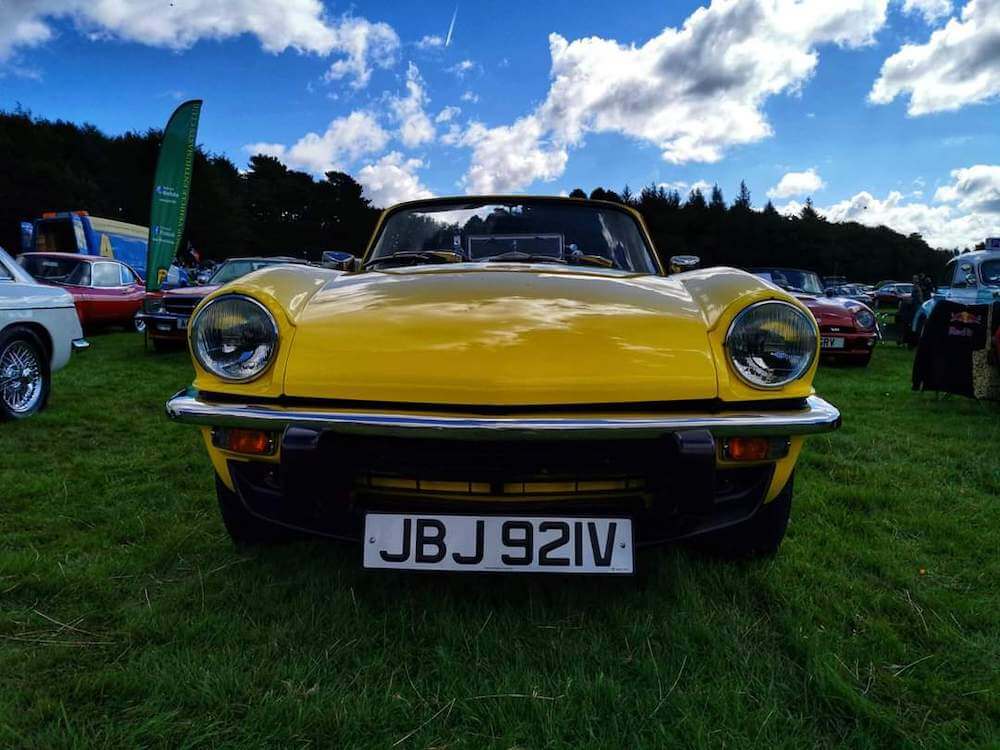 Hopefully I will get to display my Spitfire at the Lancaster Insurance Classic Motor Show at the NEC in November. I just want to share the car with as many car enthusiasts as possible, so if you are visiting, please look out for my car.

One of the best things about owning a classic car is the reaction I have received when I am driving it. I’ve often had positive comments whilst waiting at the traffic lights from people driving cars worth far more than my Spitfire.”