FeaturesMe and My Car: Josh Spencer and his Audi 200 Avant Turbo...

Nothing can stop my consummate family classic, not even snow drifts. 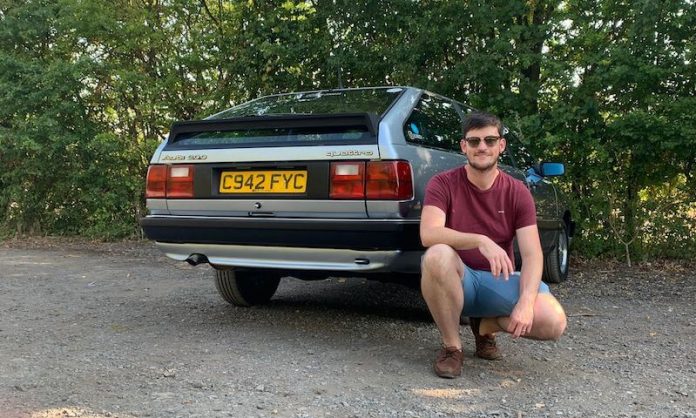 Survival of the unloved: Dad of one Josh Spencer owns one of the five Audi 200 Avant Turbo Quattros still left on Britain’s roads. Here, he tells Charlotte Vowden why it’s one of the greatest underrated cars of the eighties.

The quattro was the car that put Audi on our radar screens. Introduced in 1980 as one of the first road vehicles to offer all-wheel drive, its technology propelled the brand into the premium car league and became legendary for charging through forests, ravines and deserts on its way to international rally glory. In 1982, the 100 launched as one the most aerodynamic production cars on the planet at the time, but the 200 came into the world with a little less fanfare. Only five Audi 200 Avant Turbo Quattros remain on UK roads and Josh Spencer considers himself lucky to be one of the custodians… 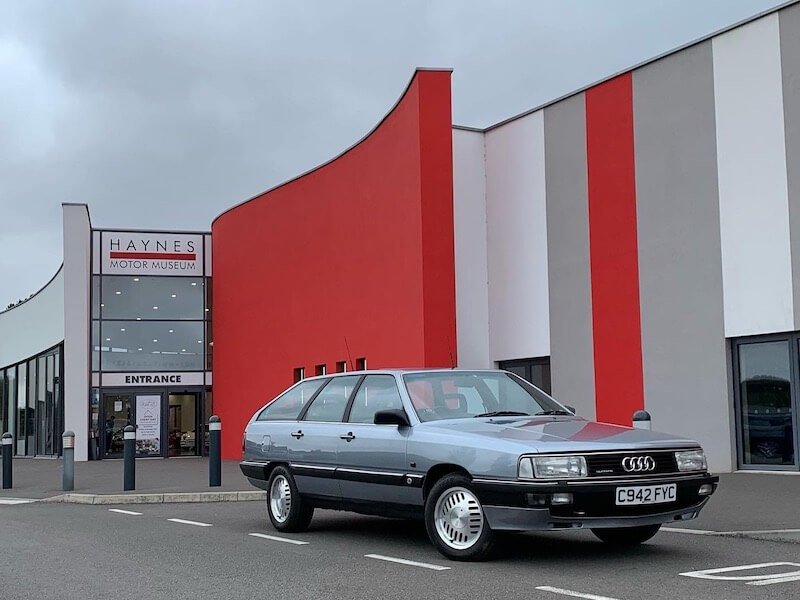 “I could nerd out about the Audi for ages. It’s an unusual car, with an unusual story and I love what it does for my family; it doesn’t let us down. The first owner was Mrs Haynes, wife of Mr Haynes, who published the workshop manuals. She was quite influential and used it as a company car for 15 years; she clocked up 120,000 miles and it’ll do about 550 miles to a tank so it’s easy to see why. I reached out to their son Chris and he recalled going out and going on holidays in it.

The Audi was used as a daily until 2001, when it was stored in the Haynes museum in Somerset for the next ten years. It passed through a few people after that, including a scientist who used to take it to the Alps on a skiing trip every year. That’s exactly what the car was designed for and he told me that it always started on the button, even in -20°C. The old cliches are true, classics like to be driven, and with its winter tyres on, I’ve taken the Audi out in snow drifts; absolutely nothing can stop it.

The 200 wasn’t massively popular back in the eighties. It was boxy and compared to its contemporaries, it was modernist, so it was seen as a car for people that wanted to be a bit different, and not necessarily in a cool way. Somebody dumped one close to where I lived when I was growing up and although my dad salvaged it (we had some unusual cars over the years because my parents were on a bit of budget) the 200 sat on our driveway for ages before getting scrapped. I always thought it was a bit of a shame.

I found my 1986 Audi 200 Avant Turbo Quattro in August 2020. I was conscious about buying the right car at the right price so I still had enough money left over to pay for its upkeep so got my dad, who’s a mechanic, to have a look at it. With a valid MoT, he concluded the car was a rough diamond with potential so I negotiated the price down and drove the 200 miles home – it didn’t miss a beat. 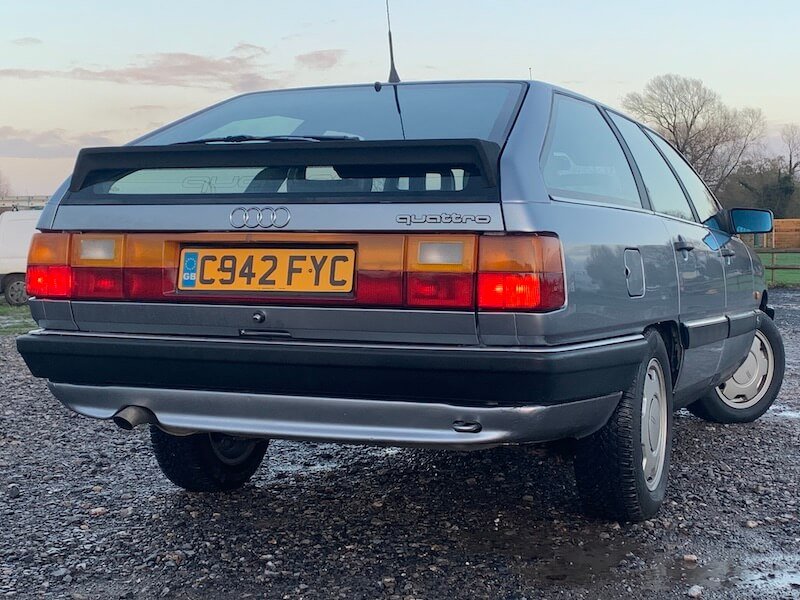 It was fairly tidy, if a little bit gawky, but I had a vision of what I wanted to achieve. I’m an OEM plus kind of person so any modifications had to be as close to original as possible, but as one of five on the road in the UK, part of the game is sourcing the parts. I’ve kept everything that’s been taken off so it can all be reversed.

The aero Centra wheels divide opinion which is great because it makes them a talking point. I found them in Lithuania, where there’s a huge following of eighties cars, and had them refaced. I then worked with a local engineer to create the centre caps from scratch. For me, it’s all about taking care of the small details and he did an amazing job of milling and machining the iconic Audi rings. Originally, the 200 had a full orange and red light bar at the back but I wanted a look that would compliment the wheels so found a new one with a black centre and painted original 100 Avant lenses, for an ‘Audi Sport’ look. 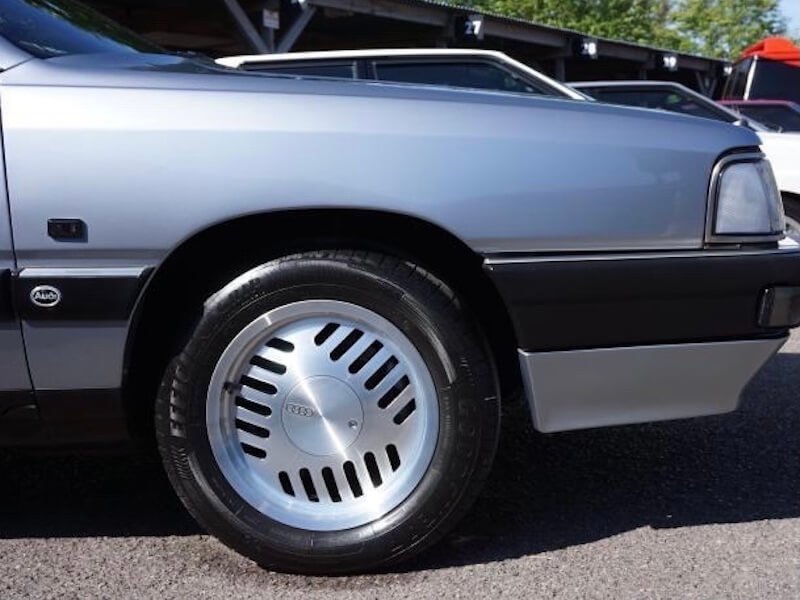 I’m a trained mechanic and engineer so I’m quite practical and have done a lot of jobs myself, but I know when to get a specialist involved, such as when I got it rust-proofed. Unexpected age-related issues do occasionally come up; the air conditioning system was blocked up with 30 years of muck which meant that when I started using it properly this summer every time I accelerated or went up a hill water sloshed into the passenger footwell through the vent. Clearing it out was a tricky job.

As standard, the 200 came with the same 2.1 turbo engine and driveline as the Ur-quattro [the original Audi quattro] as well as cruise control, a manual five-speed box, ABS, trip computer, electric memory seats in the front, climate control, and an electric sunroof, mirrors and windows. The optional extras list was pretty short and included things like a load cover; I installed my own using parts I sourced from three different people. It was also one of the first mass-produced cars in the UK to come with a space saver wheel; it was so far ahead of its time. 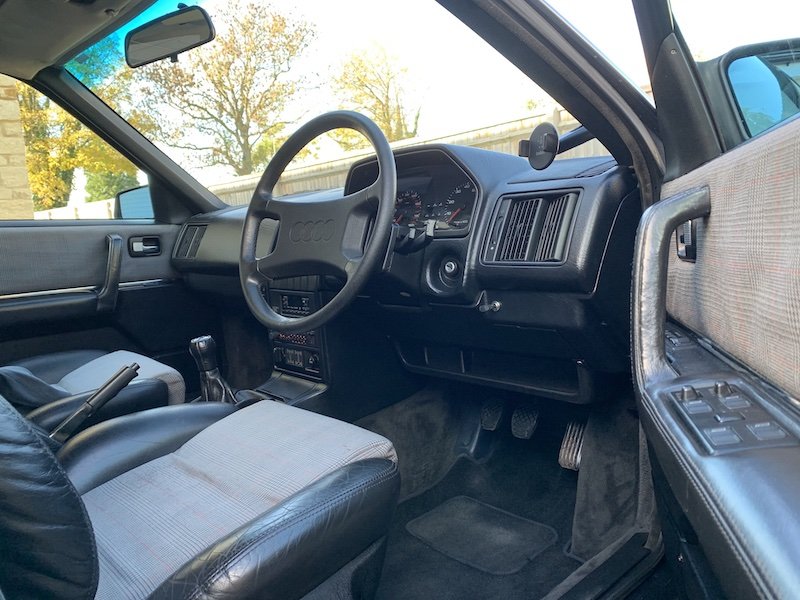 Every car, like every household, has its own distinctive smell which can transport you back to a place or a moment in time. I’ve been brought to tears in the Audi because it’s reminded me of childhood road trips with my parents and grandparents. My one-year-old son slept in the Audi virtually all the way to and from the Festival of the Unexceptional this year, about 230 miles, which I think says a lot about how quiet and comfortable it is. My wife and I were a bit worried about him projectile vomiting everywhere because with all that turbocharged boost there can be quite a lot of body roll, but he’s never been sick in the car, which I’m hugely grateful for! When I’m on my own I tend to throw it about a bit more and it’ll keep up with hot hatches which is both ridiculous and immense.

I’m lucky to be in a position where I can cherish the Audi as a toy because none of it really makes financial sense, but we come into the world with nothing and we go out of it with nothing so we might as well enjoy life while we are here. It would be lovely to see somebody else enjoy it one day, but as a car fanatic who is always looking around for other options, there’s nothing I’d want to replace it with. 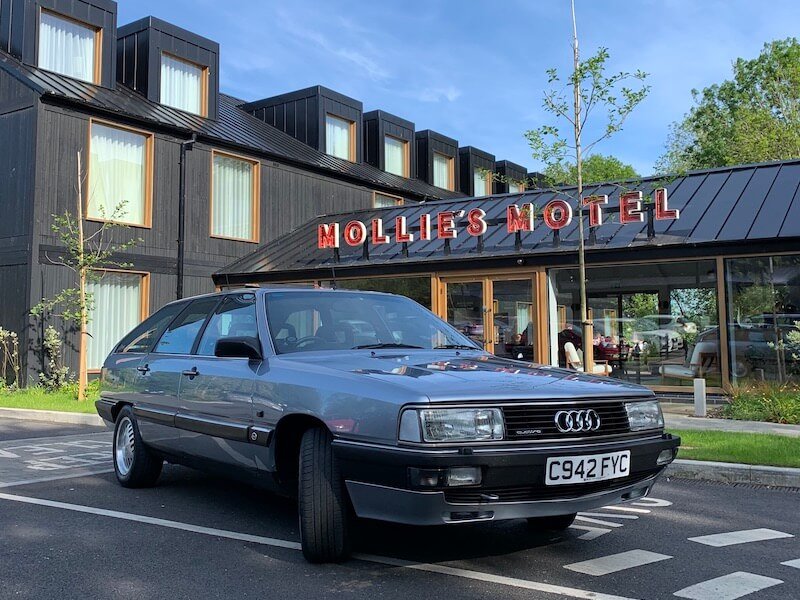 My wife didn’t really understand why I wanted the Audi at first but she’s definitely come round to it, dare I say she’s actually come to love it, and I think that’s partly because of the response it gets from other people as well as seeing how much it means to me. From a group of Germans on a driving tour to designers for JLR, kids and people my own age, the Audi has blown people’s minds because they admire it, remember it or have never seen a car like it before. If we were to have another baby, I think I’d even get to bring it home from the hospital in the 200 and there is no greater compliment than that! It’s a consummate family classic.

I do ponder over the relationship my son will have with cars in the future, but we want him to enjoy whatever he wants rather than force him to like them. He’s got loads of different types of toys, from instruments to books, dolls, trucks and a couple of diggers, and it’s important that he comes to his own conclusions naturally. Having said that, we are looking at getting him an Austin J40!”

Audi Quattro in the age of electric mobility