FeaturesMe and My Car: Amberley White and her Jaguar XJS

It’s got the prestige without the price tag. 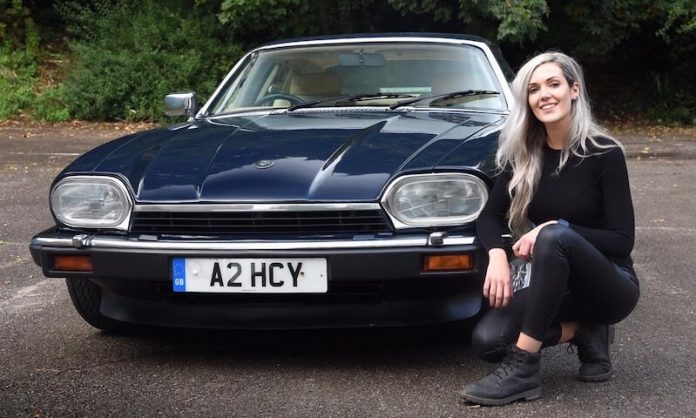 Enchanted by an E-Type as a little girl, Amberley White, now 26, found true love with a facelift XJS. Here, she tells Charlotte Vowden why she pounced on the opportunity to own a car that’s often prowled in the shadow of its big cat predecessor.

The E‑type was revered from inception, but the more aerodynamic XJ-S, with its of-the-era sporty styling, still managed to encapsulatethe luxury and feline grace of the Jaguar name. In production from 1975 for 21 years, it sold more than its attention seeking predecessor, and is now seducing a new generation of drivers who fall for its cool, capable looks and more affordable price tag.

“We were underneath dad’s old Land Rover when he stopped what he was doing and said ‘ssh, listen’. We listened, there was a car driving past, and before we even saw it dad knew it was an E-Type by the sound of its engine. I was amazed, by him and the Jag. I was only a kid and I’ve wanted an E-Type ever since but the XJ-S has got the curves and the history without the price tag; it’s the next generation of Jag grandeur. 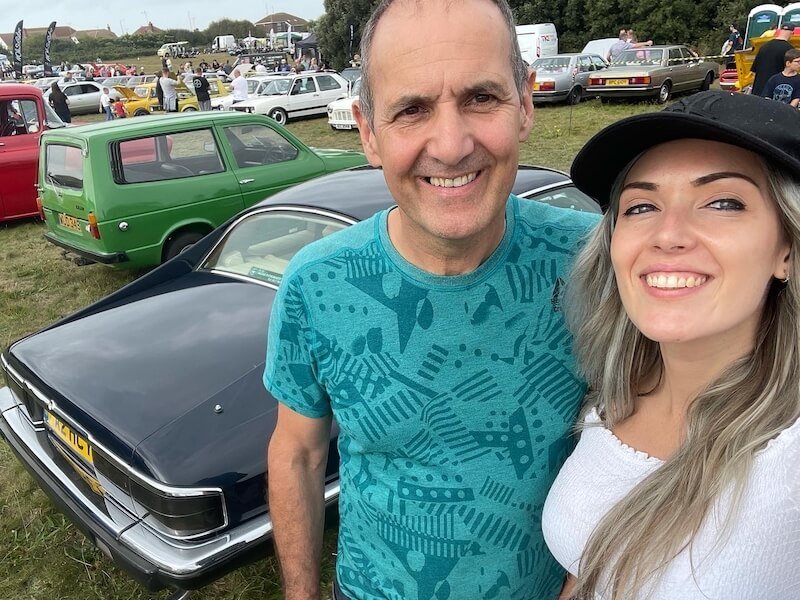 The XJ-S replaced the E-Type in 1975 and I fell in love with the idea of owning one about ten years ago but could only find rust buckets until mine came up on eBay in 2018. I took the biggest risk I’ve ever taken because I bid on it without seeing it, and won, but it worked out perfectly. It’s a 1991 model, so it’s one of the first facelifts and has a four litre straight six engine, not a V12, which they’re more commonly known to have.

When dad and I went to collect the Jag it had yellow chalk marks all over it that had been put there by someone in a garage to highlight things that were wrong with it, including slightly corroded brake pipes, which I think had scared the guy selling it. I was worried too, but dad’s a mechanic so I listened to him when he said there was nothing much to worry about. 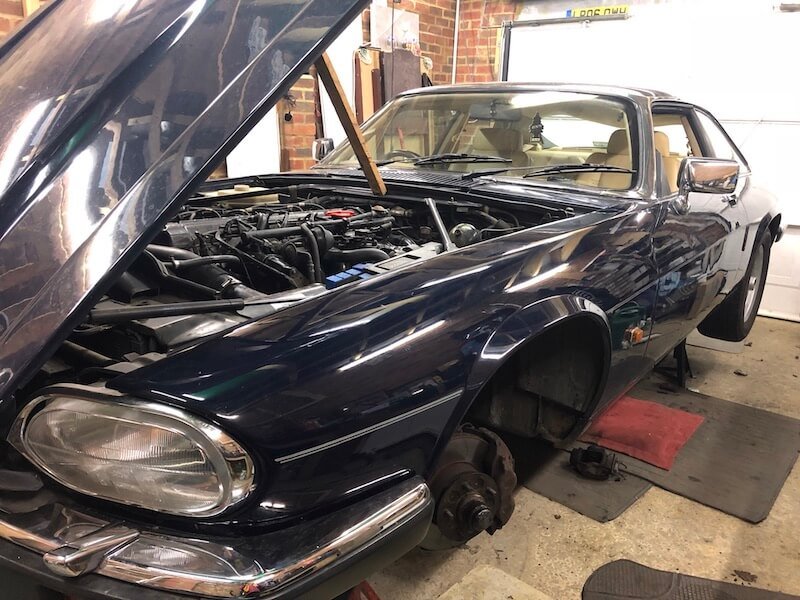 Obviously there was work that needed doing to the XJS [the XJ-S lost its hyphen with the release of the 1991 facelift] so we trailered it home. I was too nervous to drive it at first and when we took it to the MOT station I’m glad I asked dad to get behind the wheel because on the way there, as we were going down this really steep hill, with a speed camera, the brakes (which smelt like rotten egg) stopped working. Dad knew exactly what to do, he lifted the handbrake up, which is by the door on the right, and put all of his might onto the brake pedal to slow the car down enough so that we didn’t get flashed by the camera! It turned out the brake callipers had seized up. We took the XJS home, changed all the brakes and took it back for its MOT.

I’m very cautious with the Jag and I’m happy for people to overtake me because when I’m in it, I’m not rushing; I’m definitely a Sunday driver. I enjoy going to car meets, although the car meets I usually go to are for modified boy racer groups; I’ll never lower the XJS or put it on a different set of wheels, it’s too much of a classic. 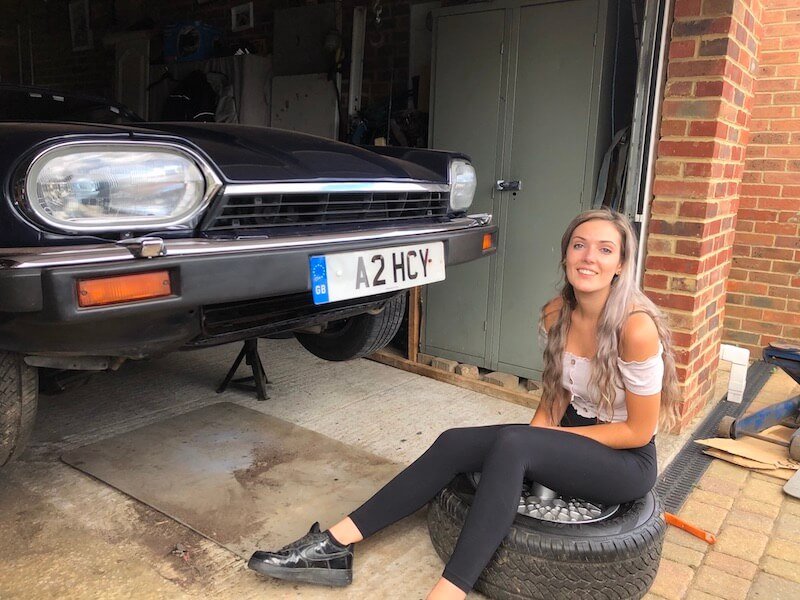 The XJ-S was definitely one of the most luxurious vehicles of its time, I love its chrome bumpers, wing mirrors and trim on the outside, it’s real chrome, none of that fake stuff, which makes it so classy. It’s got a gorgeous cream leather interior that I make sure stays clean, as well as carpeted door panels and a wooden dash. It’s 17 ‘Amberley feet’ long from nose to tail, but from behind the wheel, the bonnet looks like it goes on forever. The flying buttress C-pillar and smokey effect rear lights are quite unusual and make the car unique, but it’s the sound of the start-up of the engine which is the best.

The XJS is always out in the summer, but during the winter I put her away; she’s 31 years old now so I’ve got to look after her. I have driven it in the snow but it wasn’t much fun because it’s a heavy car and I’ll admit, I panicked a little bit, but she does make me feel good if I’m ever sad. My favourite experience with the Jag was driving her to Herne Bay near Whitstable for my birthday. I parked up by the sea and sat there for about two hours, watching the sun and the birds, just the two of us. 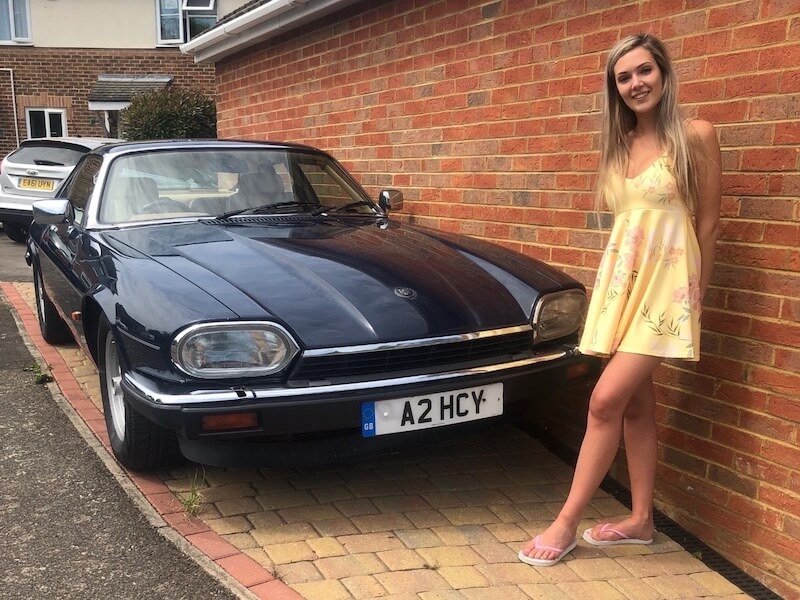 The XJS is a hefty car and you need a spacious enough garage for it; it’s so disheartening to see one rusting away on a driveway. Luckily mine’s not got a lot of rust but I did have her resprayed by a friend because I wanted the paintwork to be pristine. I kept the colour the same, which is Westminster Blue, as that’s how it came out of the factory.

If I was to break down I know my dad would be there and he’d know how to fix it, but recently it was his Reliant Kitten that broke down and my Jag, the cat to his Kitten, came to his rescue as the recovery car. I’d never towed anything using the XJS before so it was a weird and nerve wracking experience. I trust dad a million percent but the Kitten’s brakes aren’t that great and there was only about six feet of rope between the cars so there was quite a lot of tension, literally and emotionally! 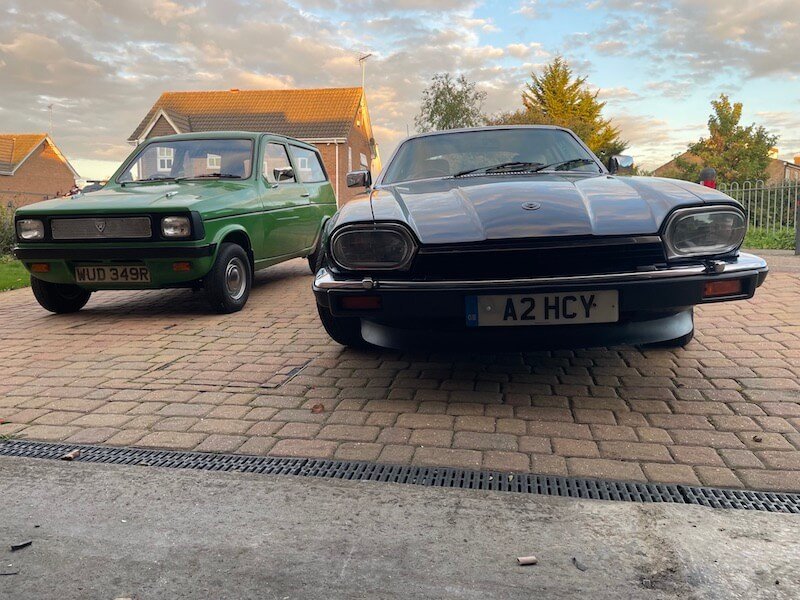 When we’re out together everyone assumes the Jag belongs to dad, but he says ‘no, it’s my daughters’. I’ve got four siblings but I’m the only one that was eager to get my licence. I remember sitting on my dad’s lap in the car as a 10-year-old, holding the steering wheel and helping to change gears around a car park – he’s taught me a lot. I know he’s proud of me,  by the look he has on his face when I pull up on his driveway in the Jag that makes me think it. It’s taken a while for it to sink in that I actually own a Jag and the XJ-S is 100% better than an E-Type.”