FeaturesMe and my car: Charlotte Kendall and her 1993 Rover Metro Rio

Me and my car: Charlotte Kendall and her 1993 Rover Metro Rio

Haters gonna hate, but this hatchback is one woman’s ultimate ride. 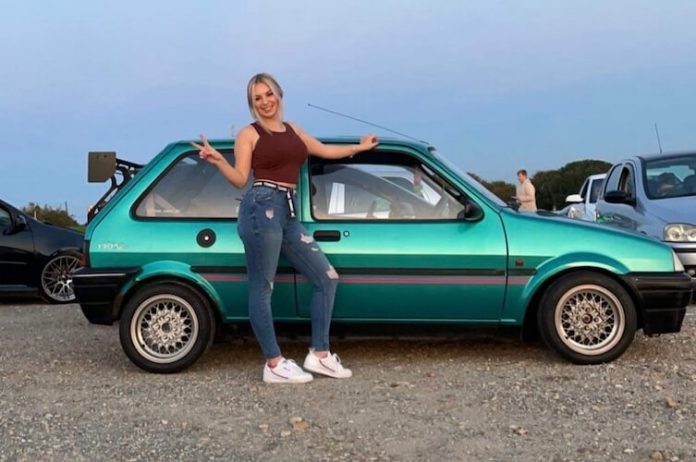 It’s my car and I’ll do what I want to! Charlotte Kendall has given her limited-edition Rover Metro pink pinstripes and refuses to fix its leaky sunroof. She tells Charlotte Vowden why she set up her own car club and refuses to be pigeonholed.

“A British car to beat the world,” trumpeted the TV adverts when the Mini’s successor first took to the roads in 1980. The public loved it, but over time its popularity declined. After being rebadged as Rover in the nineties, the special-edition Rover Metro Rio was one of the  final revisions, and 20-year-old Charlotte has been infatuated ever since she was a teen.

“On my 15th birthday I opened up a card from my uncle and it had the Metro’s log book inside; I was so happy I cried. I’m owner number five, and we’ve all been girls, which feels quite empowering. I named it Kermit, but when people ask if it’s a boy or a girl, I say it’s a bit of both. Sometimes I say ‘he’s so cute’ and people say ‘she’s cool’ but I don’t mind because whatever it is, it’s my baby and my best friend. 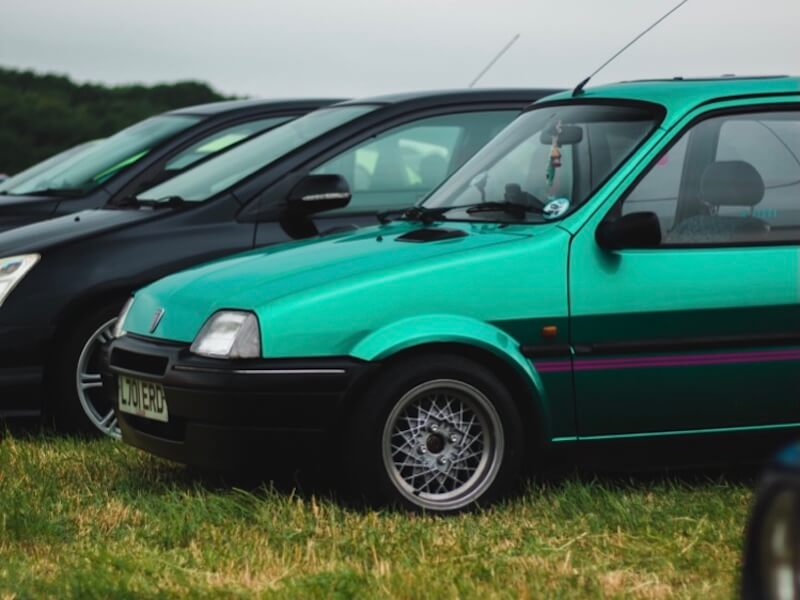 Kermit sat on the drive until I was 17 and I used to sit in it with my friends and talk; I was always in the driving seat. I never used to turn the engine on because I was too scared, so I just cleaned it every now and then – I couldn’t do much else.

The day I passed my test, the first place I drove was round to my nan’s, she was waiting outside and waving. She took me to the closest petrol station and filled up the car for me.

It was a bit scary at first because my mum kept shouting and telling me what to do. She gave me a bit of ‘constructive criticism’ and said I was going round corners a bit too fast. She told me ‘practice on your own and don’t have any passengers’ but I took my friend Shelly to Micks Monster Burgers; an underrated burger van on top of Portsdown Hill Road in Portsmouth. I think she was shocked that it actually ran. 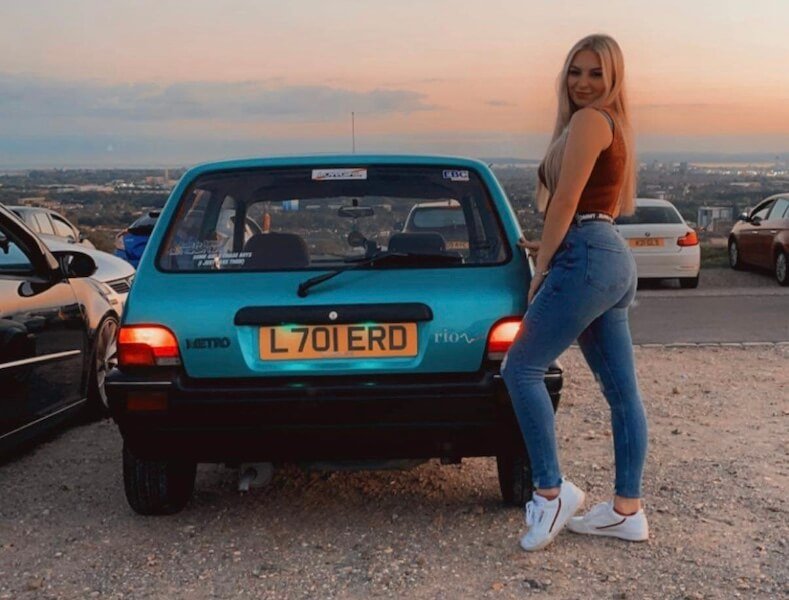 I was one of the first ones to pass my driving test so my friends used me for lifts. They said ‘this car is a bit like you, it’s a bit strange’ and I didn’t know whether to take that as a compliment or not, but now I think it’s cool because it’s good to be different.

The bright turquoise paint was a special edition colour for the Rio that was used for two years. The black and green interior is rare (most Metros had grey) and definitely a bit dodgy. The crazy patterns on the seats are like what you get in school buses and screams 90s as soon as you get in, there are swirls everywhere. 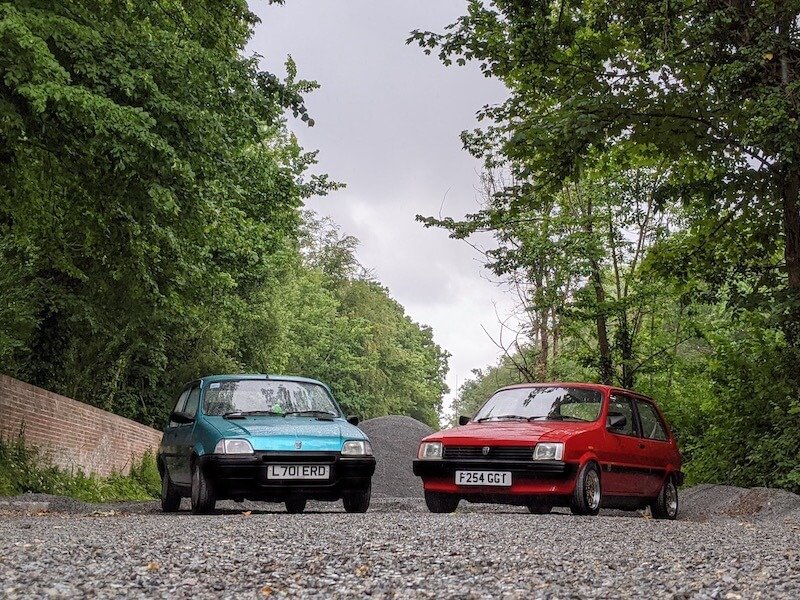 The cigarette lighter was an optional extra, but unfortunately Kermit doesn’t have a tape deck or central locking. The inside door handles throw everyone off because they’re like little hooks and I often have to give people a lesson on what the choke does. I haven’t tried solving the leaky sunroof because when it drips on my head in the morning it makes me laugh. 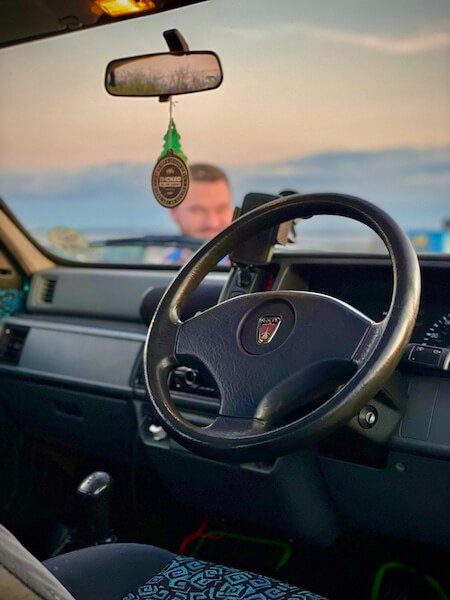 I feel like people take more interest in Kermit because I’m a girl and I’m so passionate, which is fairly unusual. I did a bit of work wrapping cars during lockdown and made some pink pinstripes for it. Some people at shows haven’t been too impressed, they’ve said it looked awful, asked why I’ve done it and told me to take it off, and some people are mean about the whole car. I used to feel quite hard done by, but it’s my car and I can do what I want with it. If it looks stupid to other people, well, they don’t have to drive it. I did think about putting a wing or a spoiler on the back but I don’t want to mess around with it too much, I think I’ll play it safe – for now.

I wanted to make friends with people who have the same car so I made a group called South Coast Metros. There were four of us to start with, and it’s grown to about ten. It’s all men at the minute, apart from me, and we tag along to a local meeting called Midweek Minis.

The Metro was made to replace the Mini and at the time a lot of people didn’t like them, but I’ve persuaded a few of the boys from the group to sell their Minis and buy Metros instead. I think they like it because you see more Mini cars than Metros. I’ve got the Mk3 with the K-series engine, which was more reliable than the A-series, but they did have a bad name and I think a lot of them got scrapped. 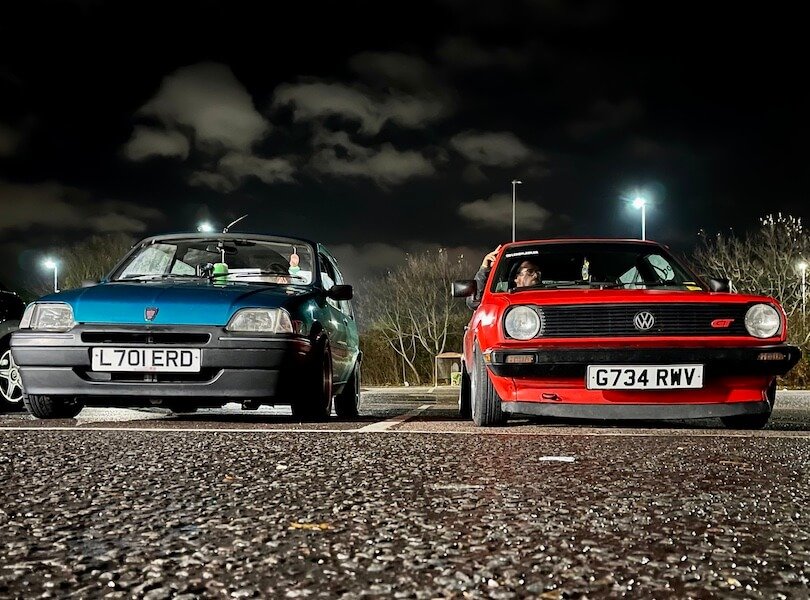 The Metro is surprisingly nippy, which I think is why the head gasket is going, but it does handle well. Sometimes it goes into a sort of limp mode during the winter so you have to rev it quite hard. It’s a bit heartbreaking because you think, am I going to get home today, are we going to break down, are you going to blow up? I try to be hands on, but most of the time I sit there and watch when repairs need doing.

When you look at it, the front wheels stick out further than the back ones. I found the new wheels, which are a sort of lattice design and wider than standard, for £300 on Facebook Marketplace but they rub on the back arches. The hydrolastic suspension means the car is naturally sat lower so whenever there’s someone on the passenger side and I go round a roundabout you can hear them scraping. 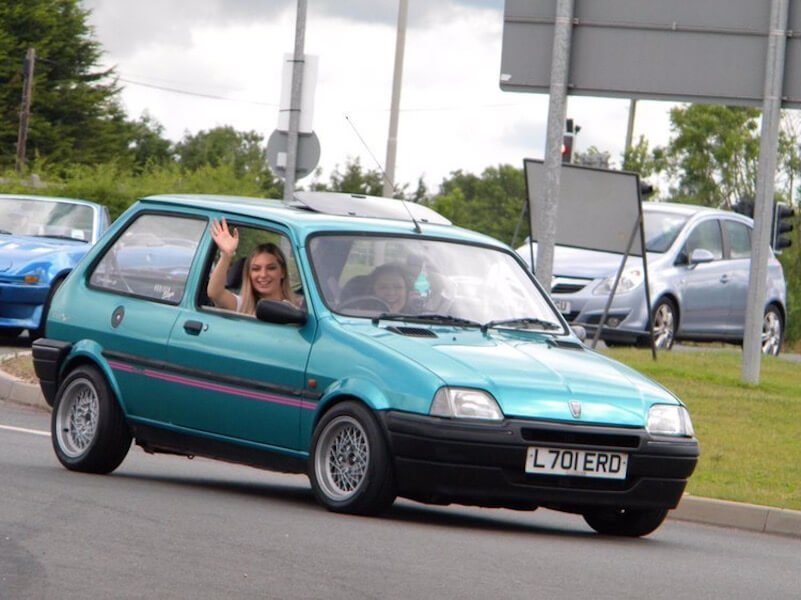 I did learn that the tracking was out on my car, and I learnt that the hard way. It always tended to steer slightly to the left but one night when I had all my friends in the car, it was dark and all of a sudden I hit a dip in the road and it sent the car off up the side of a bank – there was a bit of screaming but we were all OK.

He did buy me some Kermit car mats, but my dad wasn’t too impressed when I first got the Metro because he’s a classic Mini man. He used to race in the Mighty Minis Championship, and now races with the Mini 7 Racing Club, so I’ve been brought up around old cars. I’d say I was about seven or eight when I first remember going to a race weekend because I’d go back to school and tell everyone what I’d been doing. I found it quite exciting. 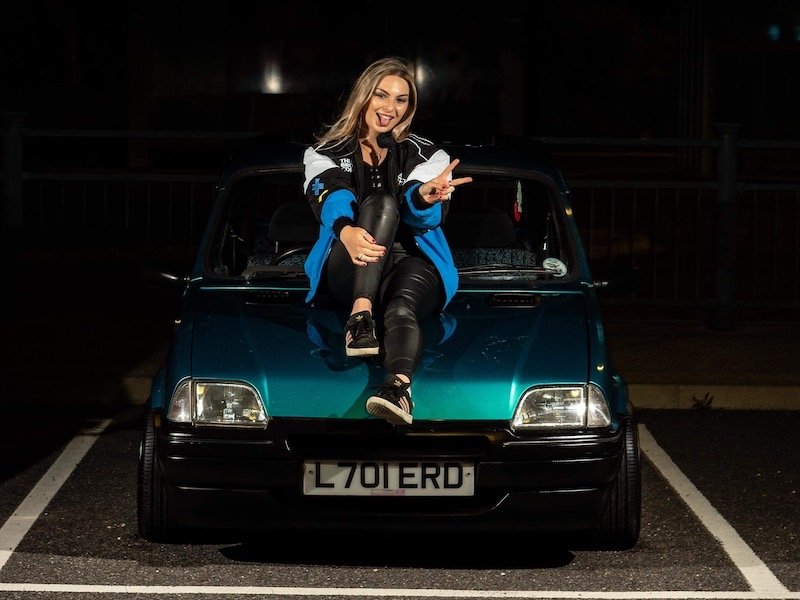 My dad runs a car restoration business called Iconic Motorsport Services up in Coventry and it’s the furthest journey I’ve made in Kermit – it did really well. I still think dad doesn’t like it, he tells me to get a modern car, but nope, I love it. I’m so grateful to my uncle, who not only bought Kermit for me, but taught me how to drive it.”