FeaturesMe and my car: Chris Tolman and his Peugeot 205 GTI restomod

It looks standard, but this little 205 is anything but. 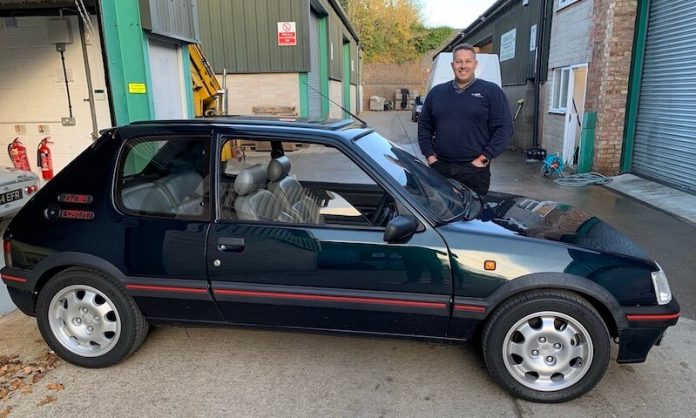 Chris Tolman’s award-winning Peugeot 205 GTI restomod is so subtle you’d have to drive it to know it. He tells Charlotte Vowden what’s going on beneath the bonnet.

The Peugeot 205 GTI not only roamed the streets during the 1980s, it ruled them. Respectful of its era-defining legacy, Chris Tolman’s restomod is modest yet full of surprises that will make even the most nostalgic former 205 owners feel a quickening in their hearts. 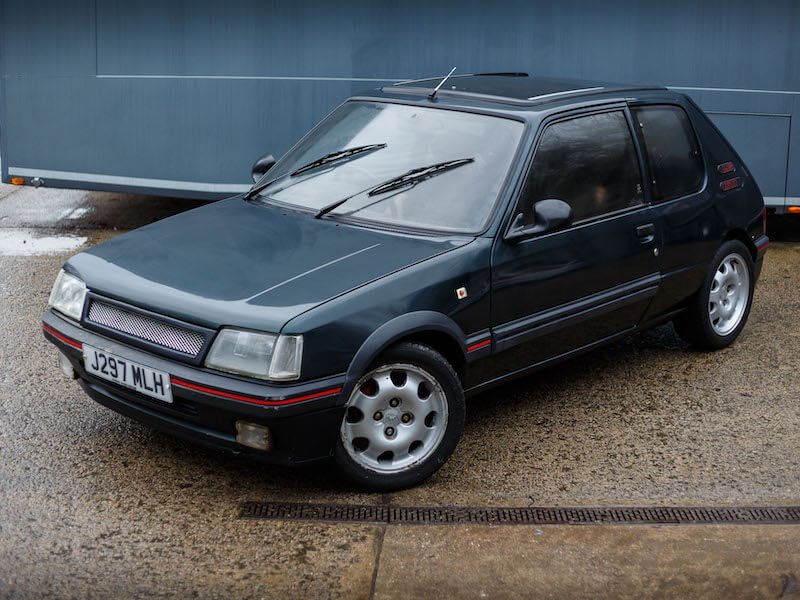 “The idea with this restomod was that it should behave and drive how you think you remember a Peugeot 205, not how it actually was; so it starts from cold, doesn’t stall when I get to traffic lights and revs to 7500rpm quite happily.

By putting it on a modern engine management system I’ve ended up with a 1600 GTI that’s got more power than a 1900. You can lean on it, and although it’s not massively powerful by today’s standards, you can enjoy driving it flat out without breaking speed limits. My little 205 is so communicative, it dances around and has the ideal balance of lightweight and power, but the restomod is so mild you can’t tell by looking at it, which is really cool.

The archaic fuel injection system has been replaced, the suspension and brakes are far better than they ever were, and it’s got a decent stereo system in it; one of those Blaupunkt ones that looks old but connects to your smartphone.

My father was a mechanic and from my earliest memories worked at a Peugeot dealership, or Peugeot Talbot as it was in those days, so that’s where my interest was kindled. Fast-forward ten or so years and he worked for another business that prepared cars for rallying. I think I was 10 years old when he took me to Longleat to watch a round of the 205 Challenge and the conditions were appalling. It was pouring down with rain, and although it was great watching the cars tearing through the countryside, I wanted to see under their skin and see what the mechanics were doing, so my dad took me to the service area.

We watched these guys soaked through with water, lying in puddles working on these cars that were dripping in mud. Apparently I said “Dad, that’s what I want to do. I want to travel the world and do that”, so I did. I became a mechanic on the Mitsubishi world rally team, travelled the world and eventually opened up my own business, Tolman Motorsport. During Covid, when the business had to shut for a period of time, the 205 was a project that I really got my head into.

I found the 205, a very rare 1989 J plate car, about seven years ago. I paid about £1,000 and put it into storage. In early 2019 my manager Nick and I decided to use it as a training exercise to bring the guys in the workshop up to speed on the practicalities and processes involved with a full restoration. They are extremely skilled and highly qualified engineers but I come from an aircraft background so the way I run projects in the workshop is quite disciplined. There’s a lot of paperwork to fill in that gives us traceability. 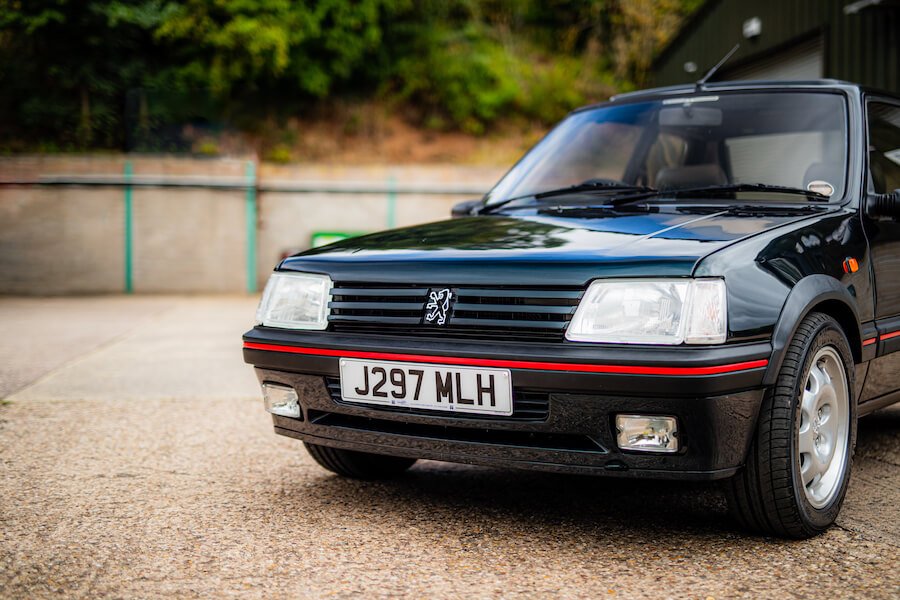 It was meant to be absolutely as original, albeit with upgrades that you could expect when you bought the car such as central locking, power steering and electric windows, but I thought as a bog standard car it would be a bit disappointing to drive in today’s world so put it onto modern engine management – with the proviso that it was going to look standard – so no throttle bodies or big air filters. We’ve worked very hard to keep on top of the fuel situation and the Peugeot is future proofed in that respect because the fuel system has been made compatible for use with E10.

To me the Peugeot 205 isn’t an old car because I’m quite old myself, I’m 46, but when you’re working with guys in their twenties they look at it as a classic car because it’s not something they grew up with. A lot of people think that when manufacturers build cars everything is regimented and to the book, but go back 20 to 30 years and it wasn’t always the case. The 205 had quite a lot of oddities, which is the reason why I bought it, and I’ve run with most of them because they worked; they also add character and quirkiness. 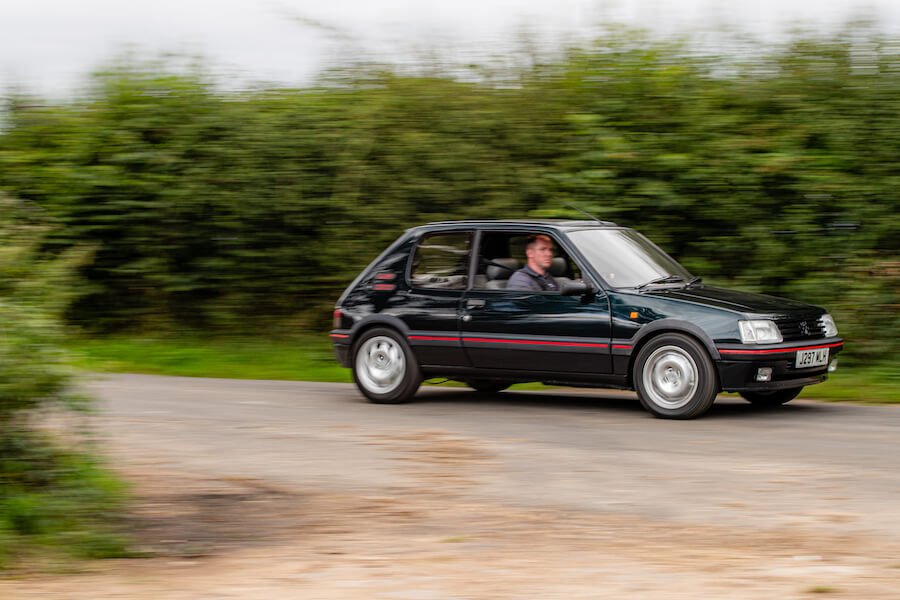 It’s a 1600, but has the 1900 wheels because a lot of the roll out cars used up all the bits that they had kicking around in the factory. Hardly anybody has seen the style of bracing that’s on the chassis under the inner wings at the front, but it’s not something that’s been done aftermarket. I think the throttle body was off a car that would have had air-conditioning, this one never did, so the terminals were corroded because they’ve never had anything plugged into them. There were also oddities in the wiring loom. This is a late car, known as a Phase 2, but it had some Phase 1.5 wiring in it so there was very little consistency in colours going through bulkhead connectors.

I wasn’t happy with the aftermarket exhaust system that was on the GTI when I bought it but couldn’t find one that was correct for the car, so had one manufactured with a cast exhaust manifold and the right downpipes that have a blade in the middle so you get a 4 into 2 into 1 tuned length. When we tested it on the rolling road it made a huge difference to the mid-range torque of the car, and it looks right, so I’m particularly proud of that. I made the roll bar on the rear, which makes the turning really sharp.

Top Gear asked if they could have it as a contender for their performance car of the year, which was absolutely mind blowing. It made the top 5, and finished second. It’s really buoyed me up so I’m thinking about doing a limited run of 10 similar vehicles.

It’s not the car I had when I was 20-odd and driving around Bournemouth with my two best mates, who also had Peugeot 205s, but there are similarities. It’s in the same special edition Sorrento Green, which looks black in some lights, and like the one I had back then it has a factory-fitted sunroof. I still have to drive around with the sun blind open otherwise it touches my hair, which is really annoying. 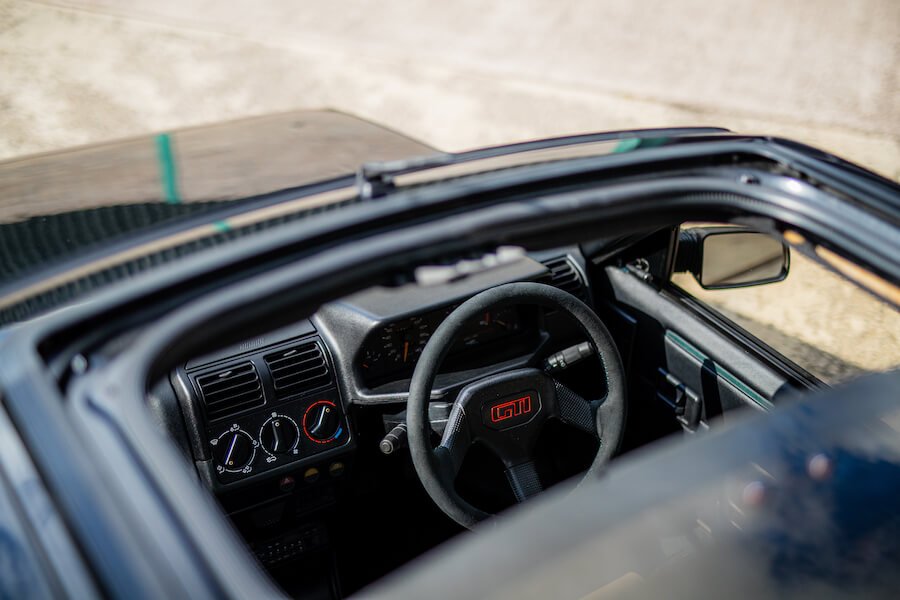 I’m 6ft and built like a rugby player. These cars weren’t made for big guys like me, but when I drove it on the motorway for the first time I realised how small it is, and how delicate I feel inside it. If I go out with somebody, you both have to be courteous because there’s not much room; when putting on your seatbelts, you have to do it one at a time. 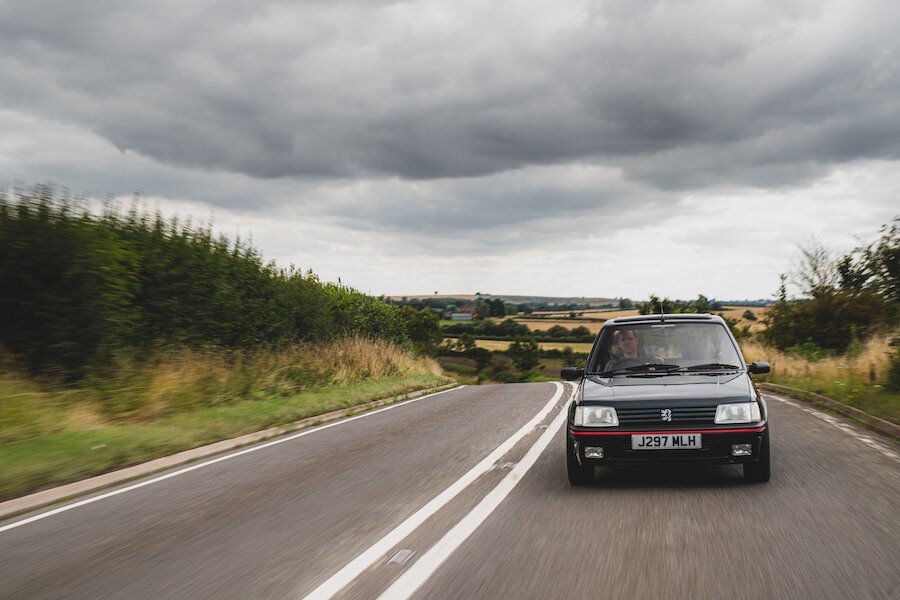 I think my dad is really proud that I’ve gone from being an obsessed teenager to owning my own workshop. I’ve not taken him for a drive in the 205 yet, he lives in Dorset so I haven’t seen him much in the last couple of years because of Covid-19, but I hope to. Until then, driving it on the little roads back to my place in Leamington where I live, is just lovely, but I do plan to sell it next year to fund my next project.”