FeaturesMe and my car: Ed Westby and his Rover Metro

Listen to the trim rattle as I rev my Metro and roll. 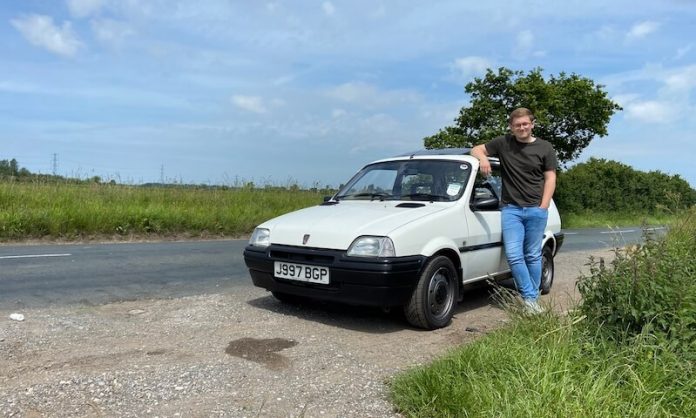 After the extortionate cost of insurance put the brakes on Ed Westby living his Rover Metro dream for two years, he ditched student digs to get his base model Metro on the road. Here, he tells Charlotte Vowden why his little white motor is a beacon of all that was best in British motoring.

The Metro’s creators could never have predicted how their supermini would become a favourite among younger car enthusiasts and YouTuber Ed Westby is one of its biggest fans.

“I sacrificed living in student digs to pay for my Metro’s insurance. It sat cooped up in the garage for two years and then suddenly I pushed it into daily service commuting up and down the M6 to university. It would happily sit at 70mph, even though it’s only got a four-speed gearbox, returned very good fuel economy (around 55MPG on a motorway) and I used it throughout the year in all weathers – it did what I asked it to do and it did it very well. The more it got driven, the better it got, and so did my life. 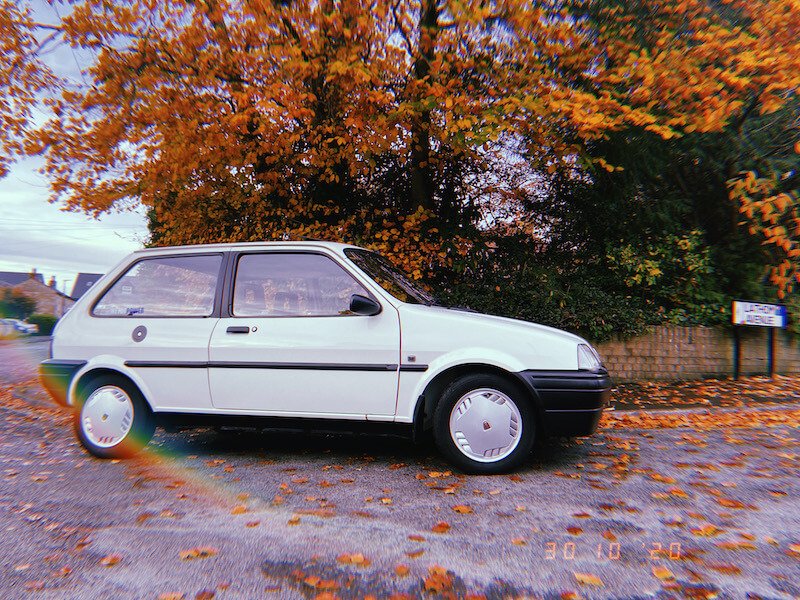 My first love, at the age of five, was the Mini, but that spiralled into having a thing for all the British Leyland stuff, which then spiralled into having a thing for absolutely everything. By the time I was seventeen, Minis had rocketed in price to the point where I couldn’t afford one as my first car so I looked elsewhere to find something that hit the spot; the natural next step was a Metro.

I wanted an A-Series, but fell for a 1991 Rover Metro that I found on eBay in 2017. It was the first one I looked at, which is usually a bad sign, and even though my mum and dad (who aren’t enthusiasts, but are supportive) sometimes question why I do what I do, they knew it had a pretty rare spec, so there was no point trying to put me off the idea of getting this little old car.

I love a base model, there’s something charming about the fact that they’re unpretentious in what they are – no glove boxes, no radios, just blanking plates everywhere – and I’d found my very own 1.1C, the model Rover brought out as a downgrade from the K-Series. White is probably the most poverty spec colour you can get and I paid £1250, but it was probably worth about £900. 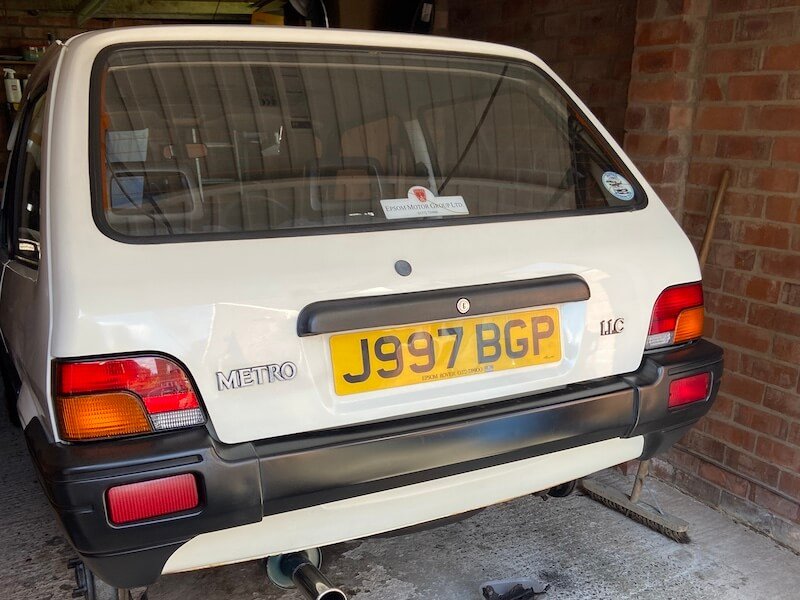 It was a really solid, lovely car and although it didn’t run perfectly, that wasn’t my biggest problem – the insurance was going to cost me £3,500. It was disastrous, it just wasn’t going to happen, so Melvin the Metro, who was named by one of my friends, sat in the garage. I cleaned him, polished him and learned how to service him, I did everything but drive, and then I moved away to university.

It was so sad to know my little Metro, with its slightly bowed grille that gives it a very very subtle smile, was waiting for me, so in my second year, instead of renting in Lancaster, I came home and used the money to pay for the insurance. When it went live, I went out on my own and met a British Racing Green Metro GTA as it came over the crest of a hill on the other side of the road. The lads in it were about my age and we all went mad, flashing our lights and waving; it was at that moment I knew the little old car was going to be everything that I’d wanted since I was five. It meant proper freedom and new friends. I used to go to car shows to look around cars, but now I treat them now as a social occasion too because I’ve met so many lovely people. 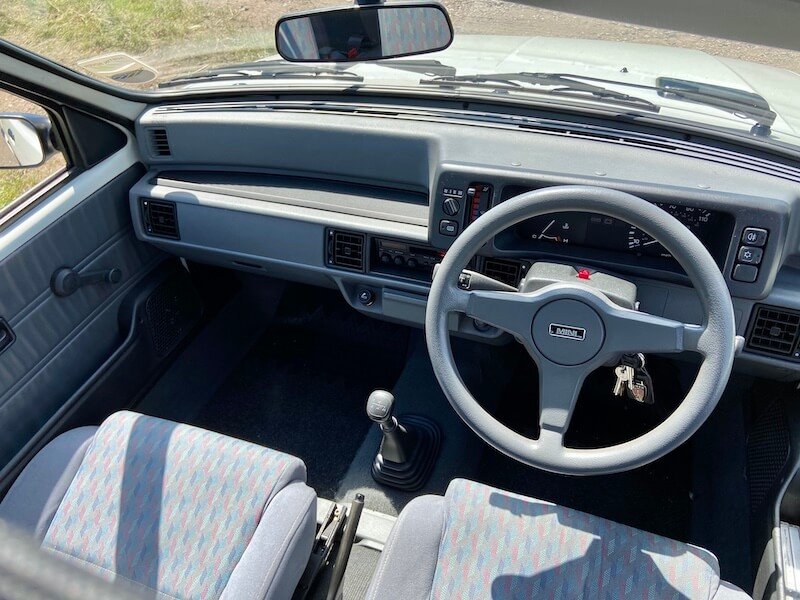 The summer of 2019 revolved around the Metro because I had so much pent up desire to drive it, so I drove and I drove, and I drove – thankfully the seats are squishy and incredibly comfortable. It had done 55,000 miles from new and after a two year wait, I did about six hundred miles in the first two weeks. 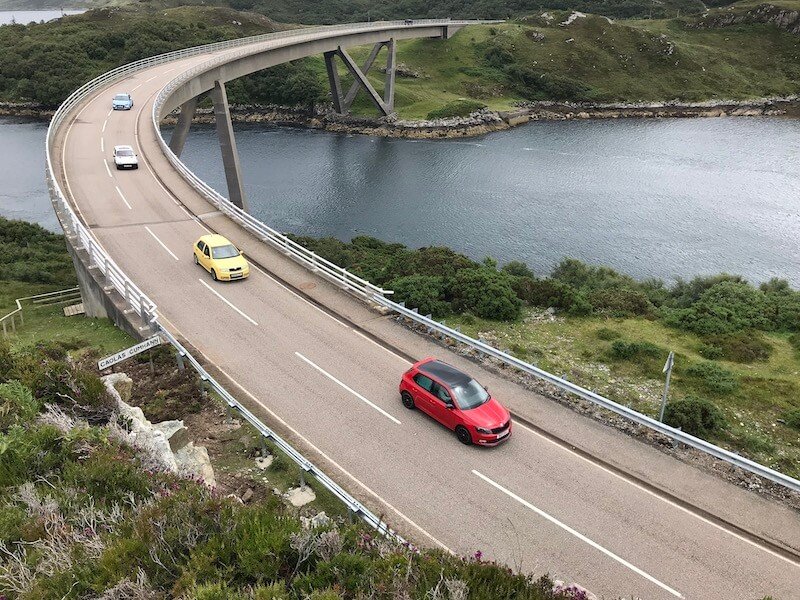 Taking it to Scotland from West Lancashire to do the North Coast 500 with friends was its first real adventure. We travelled in convoy, there were four cars and eight people in total, and although the Metro was unproven on long journeys so there was a lingering risk of it doing something wrong, it was fantastic. I nearly ran out of fuel in the Highlands, where petrol stations are few and far between, because I wasn’t being very careful with my right foot.

Two foibles surfaced during that road trip; the radiator fan and temperature gauge were broken so I had no idea if it was overheating or not, and as my Metro has a K-series engine, which is known for popping head gaskets, I drove a little more carefully after making those discoveries. We were about five miles south of John O’Groats, very nearly as far away from home as we could possibly be, when the turbocharger on my friend’s 55 plate Skoda Fabia vRS blew up spectacularly. The Metro, the car we’d been worrying about the entire time, was fine! 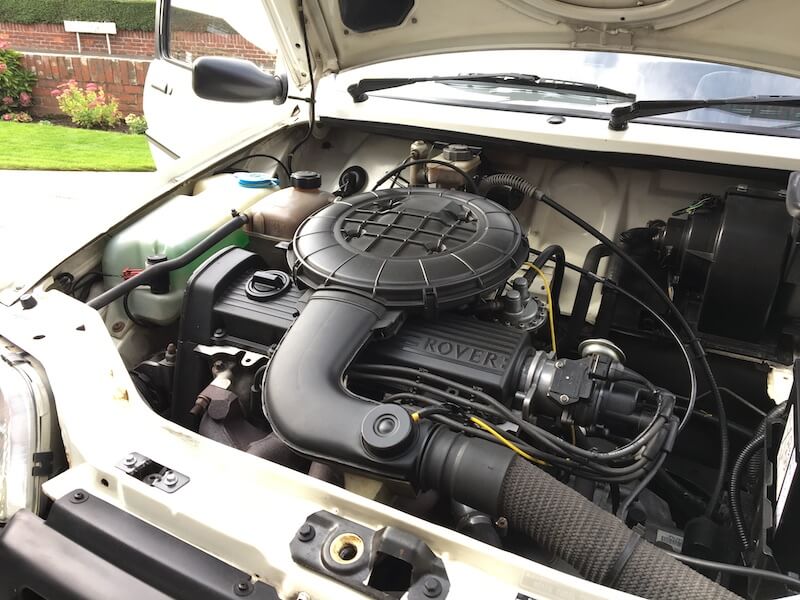 If a car works perfectly it’s great, but it’s through having little problems that it gains character and human qualities because fundamentally we’re all naturally flawed. At the beginning, when something wasn’t quite right, I’d feel overwhelmed because I didn’t know much about mechanics, but with guidance from people who know better, I’m learning how to do things myself, and thankfully, parts are cheap and easy to get hold of.

With that learning I can understand what problems might be and might become, which means I have the confidence to deal with a situation and get the best out of it. If I start panicking, my passengers start panicking, so it’s in everyone’s best interest for me to be able to say it’s going to be OK. 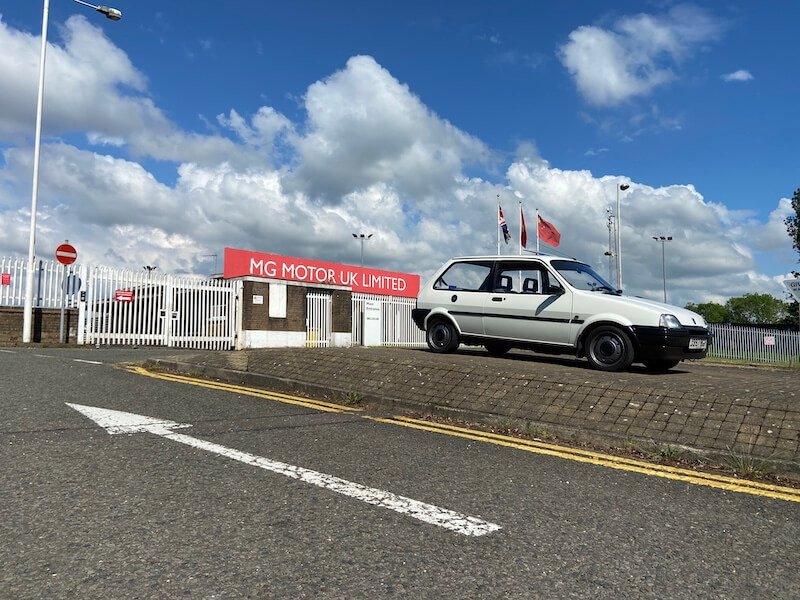 It was on the second day of a holiday in Devon that the Metro’s offside front brake started smoking – the brake caliper was binding. I knew the brakes were still there if I needed them, I just needed to be very careful, so spent the rest of the trip, and the journey back, trying to avoid using the pedal, changing down a gear and gently coming to a stop when I needed to. The car actually came out of that situation better than it was before because it had new calipers and discs, plus I’ve got an extra story to tell. 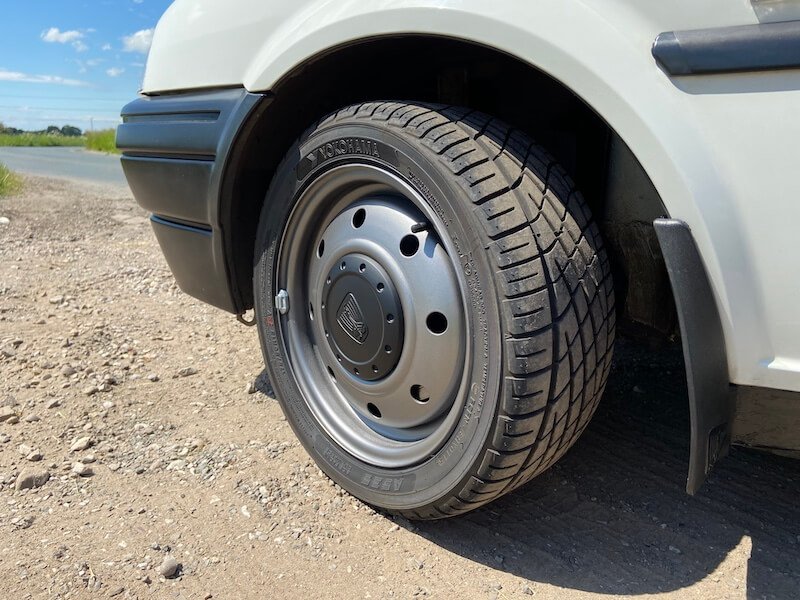 Even with the slightly wider wheels and fat sticky tyres I’ve put on Melvin, he still looks very innocent, and the engine note, which is very high pitched (it doesn’t roar, it kind of wails) adds to his cuteness. The exhaust I’ve put on has a pleasant burble, and I’ve put in a rev counter and factory Austin Rover steering wheel, but any major modifications would ruin his base model characteristics.

I never feel at odds with Melvin, he’s great for pottering about as well as blasting down B roads; he might look cheap and not particularly well built but he’s a very composed and communicative ride. To solidify my status as a proper old man Rover driver I gave him a glove box and make sure it’s stocked with mint imperials and Werther’s Originals. 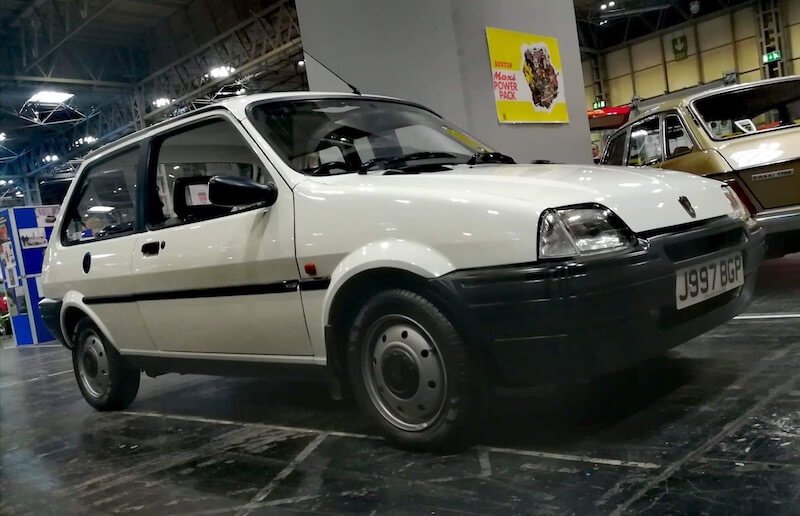 I graduated from university last year and realised that the thing most important to me is that I enjoy what I do for a living, and this little Metro has allowed me to do that. I met Steph, aka I Drive A Classic on YouTube, on the Metro Owners Club stand at the NEC Restoration Show and she gave me the push I needed to create my own channel,
Twin-Cam.

Rambling incessantly about cars on the internet (my video about a Fiat X1/9 has managed to get 63,000 views) is an amazing day job and I’m grateful to all the people that let me take their pride and joy away for a couple of hours to show it to the world. I know how much people care about their cars because of how much I care about mine.”

The Hagerty Festival of the Unexceptional enjoyed sell-out success at Grimsthorpe Castle on Saturday, with record attendance and hundreds of unexceptional cars on display. Hagerty created...

With so many Restomods entering the market motoring TV presenter and journalist Alex Riley, explains why Caton have got it right with the Healey… Every...
- Advertisement -