FeaturesMe and My Car: Georgina Wootten and her Fiat Panda

It’s cute, it’s loveable, and it’s driven for a good cause 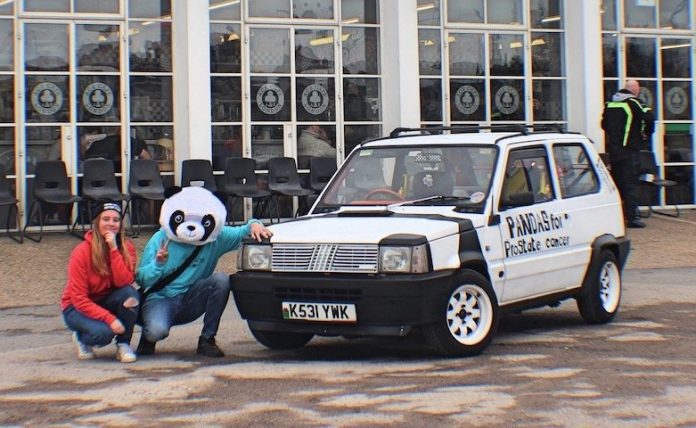 After its winter hibernation for restoration, Georgina Wooten’s favourite pet Fiat Panda is hitting the road in aid of Prostate Cancer UK. Here, she tells Charlotte Vowden why she’s chosen this car to raise awareness of a cause that’s close to her heart

Fiat is famous for its small cars and the Panda, named after the Roman goddess and patroness of travellers rather than the black and white endangered bear, is one of its best. Modestly built with a tiny engine, they are the practical choice for inner-city driving, but venture out into the South Wales Valleys and you’ll find one that’s escaped the cliche…

“I get told my black and white Fiat Panda looks like a cow or a zebra all the time, but making a Panda look like a panda for less than a hundred quid using masking tape and rattle cans is a tough one to pull off. It’s peeling in places, but considering my partner Owen and I resprayed it on the cheap in his grandma’s garage I think we’ve done an OK job. 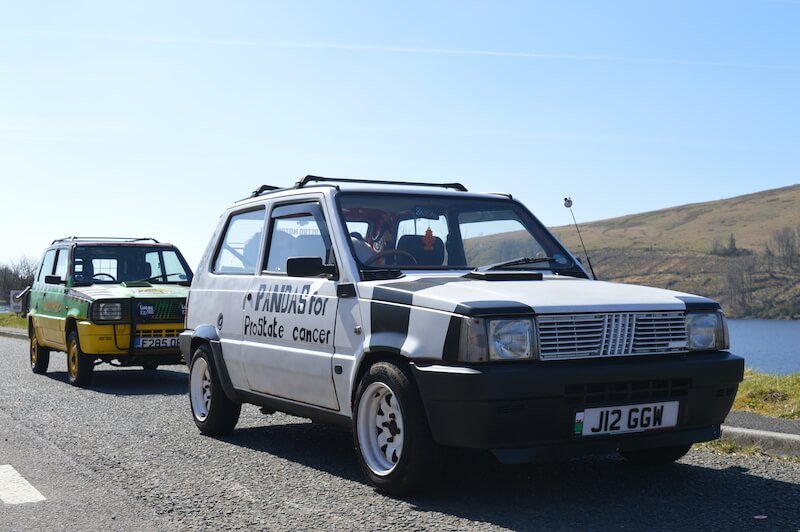 The plan was to raise money for Prostate Cancer UK by driving the painted Panda, in a convoy of Pandas, over a thousand miles from home in South Wales to a town called Pandino in Italy where they try and get as many Pandas together as they possibly can at a special annual event. Sadly, because of covid, none of it came to fruition for us, but next year the run is 100% on.

A few years ago prostate cancer was something that was affecting us as a family because my dad, Neil, was diagnosed with it, but thank god, he caught it at a very early stage and he’s a lot better now. He thinks the car is hilarious, but was quite emotional when I said that’s why I was going to do it, he wouldn’t want to be seen driving it himself though! 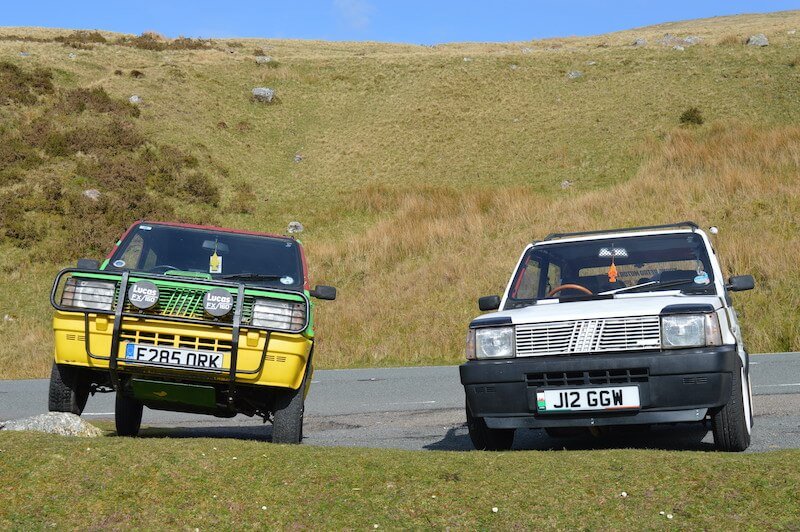 I got the Panda four years ago and I adore him, ask any of my friends and they’ll tell you the car is my best friend. He’s called Charmander, after the Pokemon character, because he’s a similar reddish orange colour, well, he was, he’s not any more.

Inside, there isn’t really much to him. You’ve got your little dash with your speedo (which stops at 100mph), fuel and temperature gauges, and then you’ve got a little picture of a panda which has symbols around it that light up. I don’t have much luck with cars, but touch wood, he’s never let me down… apart from head gasket failure. I was using him every day up until then and have done over 20,000 miles! 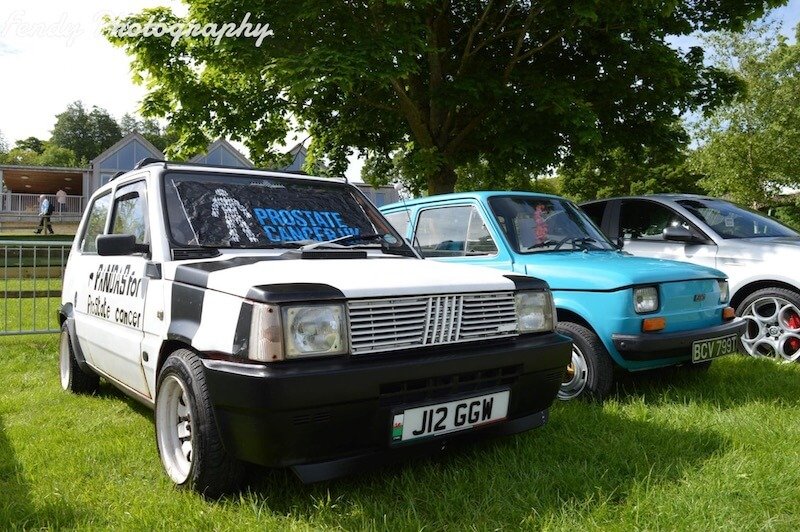 The first drive I ever had in him was cool but it also surprised me because when I accelerated it was so much faster than I remember my other Pandas being – I’ve had a few! Originally it had a 750 engine but its had a 1.2 8v conversion to make it a bit faster, which is quite a common upgrade for the Pandas. Its also been lowered, has wider wheels and runs on rain sport tyres. It handles like a go kart!

I’ve recently moved up into the Valleys in South Wales and 30 seconds out of the village where I live there are fantastic mountain roads. I’ll be honest, I push the Panda quite hard sometimes. 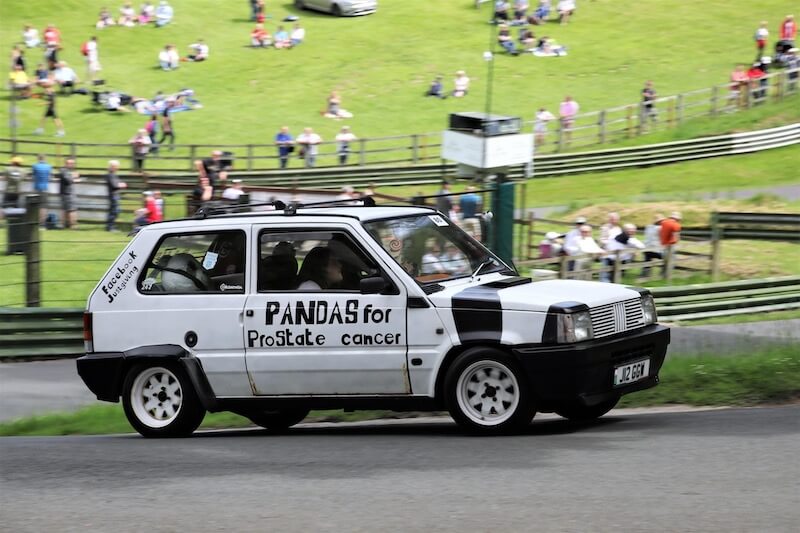 Doing a non-competitive run of the Prescott Hill Climb was a cementing experience because it proved how good the car is. When the light went green at the start line it was amazing to be able to go as fast as I wanted on the tight, windy uphill course; in a Panda you’re very aware of things when you’re driving at speed.

Now he’s off the road it’s a good opportunity to get him ready for next year’s charity run but I won’t lie, I’m sad not to be driving him, he’s my favourite. If I look outside the window on to our drive there’s four Fiat Pandas out there at the moment and we’ve got another two elsewhere. Is it an obsession? Yeah, that’s what a lot of people describe it as, and it’s come from my mum, Sue. 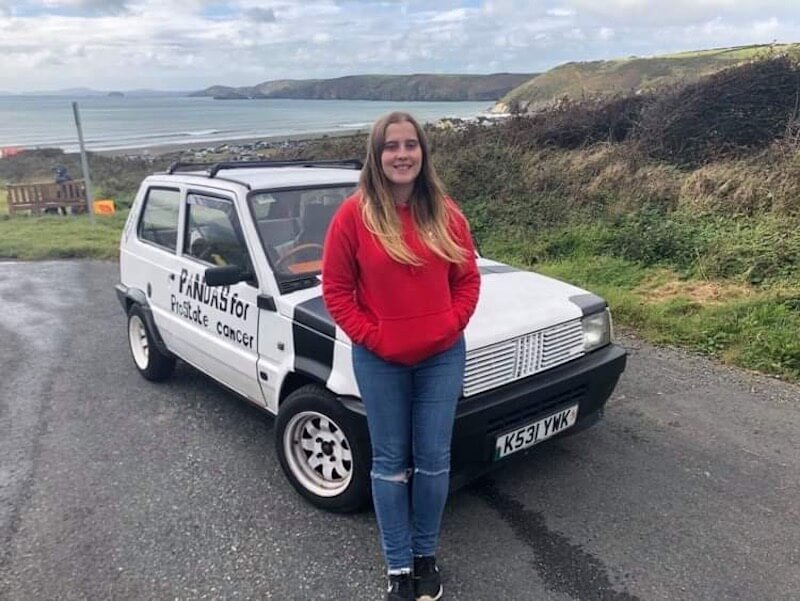 My first car was her car, a bright orange 58 plate Fiat Panda. She passed it down to me when I passed my test in 2015, and since then I’ve always owned them. Mum says they’re full of character, and I agree, and she also likes how easy they are to run and maintain. She’s always said you can fix them with a screwdriver for a few quid.

I think Pandas have finally hit a point where they’re starting to get recognised and are worth money now, which leaves her in amazement. Back in the nineties she had a little white 750 model, the most basic one you can get, and when someone broke into our garage they stole the lawnmower rather than the car – even though it had the keys in it. It’s a story that always makes me laugh. 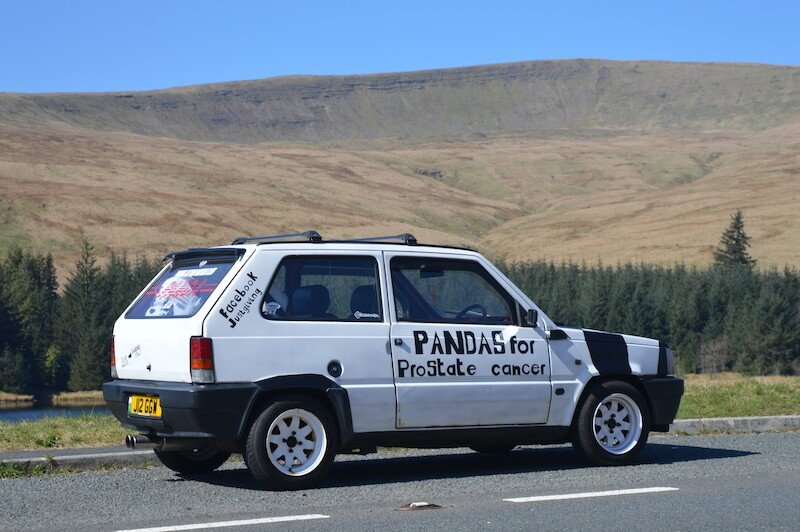 Although my mum started my love of Pandas, Owen has been a massive influence as well, he currently owns five, or six – but he could be hiding more somewhere! It’s because of a group I joined called Car Girl Culture that I’ve felt confident enough to do the modifications that make Charmander my own.

They’re a growing community that’s open to anyone and promote the idea that it’s your car, do what you want to do. They’ve created a safe space that’s free of judgement and even though Owen is so supportive, and I’m happy to shut someone down who is upsetting me, it’s good to have that safe space just in case. 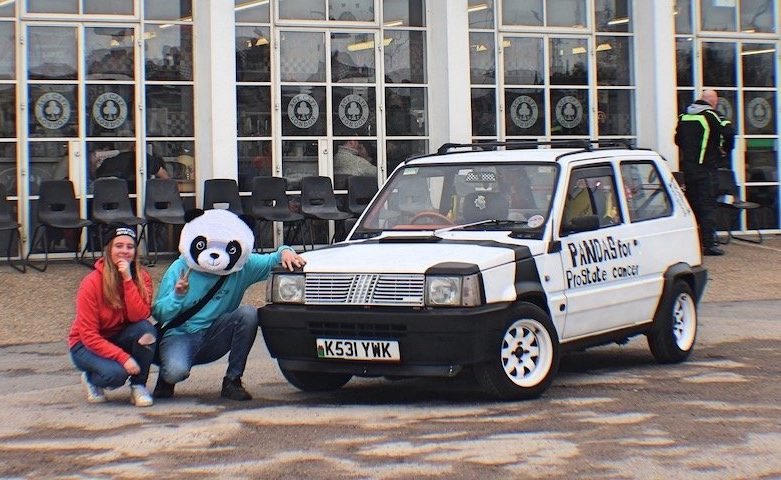 One of the things I like about Pandas is they have all these really funky special editions with different interior trims, but I’ve redone Charmander my way by putting in leatherette seats from a Fiat Coupe, painting the dash orange and fitting a wooden steering wheel. My car has got a very antisocial exhaust on it which is loud at 30 mph, it’s a bit headache inducing after an hour so it might be time to change it! I’ve also had a private plate ‘J12 GGW’, the ’12’ is to represent the 1.2 engine and ‘GGW’ are my initials.

When I buy a car I buy it to use it, not to put it in the garage and bring it out once or twice a year, so I have to accept that taking the Panda out in the pouring rain, or when there’s salt on the road, might mean a little bit more work is involved with getting an MOT. Sadly, rust is what kills a lot of Pandas off but I prefer to see a car that isn’t 100% perfect because the owner has taken it on trips, it’s inspiring. 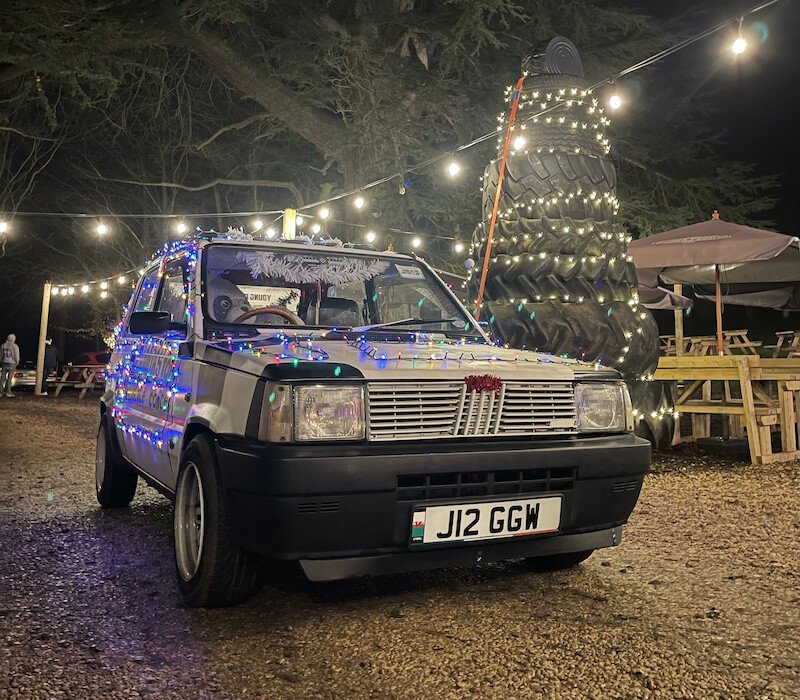 Last Christmas I decorated Charmander and drove him around for a bit of fun but the attention we got helped raise awareness of his charitable cause. I’m quite a shy person and tend to keep myself to myself, but I love talking to people about Charmander and it’s great to be using him as a force for good. At shows and when I go out to advertise what I’m doing for Prostate Cancer UK I say to people go and have anything you’re worried about checked out, if my dad hadn’t gone to the doctor as soon as he thought something was wrong, things could have been a lot worse. Making it a less taboo topic will help keep people safe.

I don’t have another car that makes me feel the same way as Charmander does so I’m excited to get going with the restoration. I’m not very mechanically minded but Owen is fab, he’s a mechanic, and knows Pandas like the back of his hand, it’s actually how we met. He wants to help me learn and I want to take more of a front seat with Charmander and do as much of it as possible myself. Together we can do all the mechanical stuff, but after we’ve sorted the rust we’ll have him resprayed professionally – in orange as a homage to my first car. Charmander has been owned by a lot of people, but he’s my car now and I’ll never get rid of him.”