FeaturesMe and my car: Keiran Reid and his 1971 MGB GT 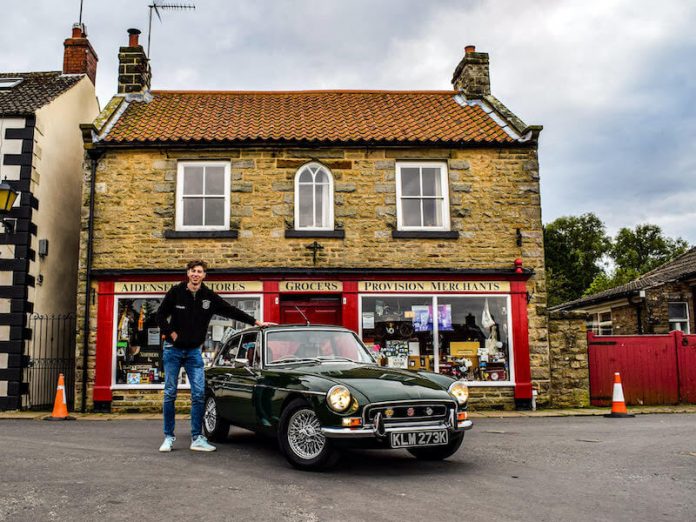 There are two things in life that Keiran Reid is obsessed with; the TV programme Heartbeat and his 1971 MGB GT. He tells Charlotte Vowden why he wishes it could be the sixties all over again.

It’s often said you should never meet your heroes, but Keiran Reid would beg to differ. From motorsport icons to TV stars and social media influencers, the 23-year-old has ticked a few off his bucket list, but Don Hayter is a name that will remain unmarked. The lauded automotive designer who was pivotal in the creation of the MGB passed away in October 2020, if only Keiran had been born a few decades earlier…

“I was definitely born in the wrong era. I would love to have experienced the 60s for myself; my nan always says how good life was back then. She fell in love with Molly when she saw her, and although she never owned an MG, she can remember when the MGB first came out, with the long bonnet and sporty feel, they were considered the poor man’s E-Type. The E-Type is my joint dream car but as my first classic it was completely out of the question; the MGB was perfect and even if I do ever get an E-Type, Molly, my 1971 MGB GT, is a keeper.

My friends from school live in the modern day, and so did my ex-girlfriend (I think that’s why we didn’t work out), but in the classic scene people understand why I live in the 60s, so to speak. I grew up in the early 2000s watching programmes like SpongeBob SquarePants on the TV, but I became completely obsessed with the ITV police drama Heartbeat because of the 60s music, clothes and of course, the cars – they don’t make them like they used to.


My friend Lee owns the blue Austin A40 Farina that was used in the show as a doctor’s car, he’s also friends with a tonne of cast members. In 2020, before lockdown got really heated, we went to Goathland, which is the village where they filmed the show and being the Heartbeat nerds that we are, we explored filming locations and took loads of photos.

We did it again this year, but Lee dropped a bombshell – he’d booked us a table to have fish and chips with Patricia Penrose, who played Gina the landlady. I was really fanboy-ing. The following day, at a classic car show, I met David Lonsdale, another actor from the series. He and Patricia sat in Molly, which was a dream come true and Patricia really wanted to take Molly home. Lee also introduced me to Sarah Walker, the daughter of the man who wrote Heartbeat. She took one look at Molly and said that cars were her dad’s true passion.

My dad works for a company that makes the hubs and spinners for wire wheels, and as a boy I helped out on their stand at various shows, auto jumbles and spares days. I’d have time to go for a wander to see what it was all about; that’s what got me into classic cars, and that’s when I spotted my first MGB.

I dreamt of owning one from the age of 10, but it was when I met Sir Stirling Moss at the NEC Classic Motor Show four years later that I thought it could be possible if I worked for it, rather than wished for it. He signed a copy of his autobiography for me and we had a really good chat – it was quite emotional. Stirling Moss proved it’s possible to live a dream, and that if you’re passionate about something, you should go for it – so that’s what I did. In December 2019 I found Molly on eBay. 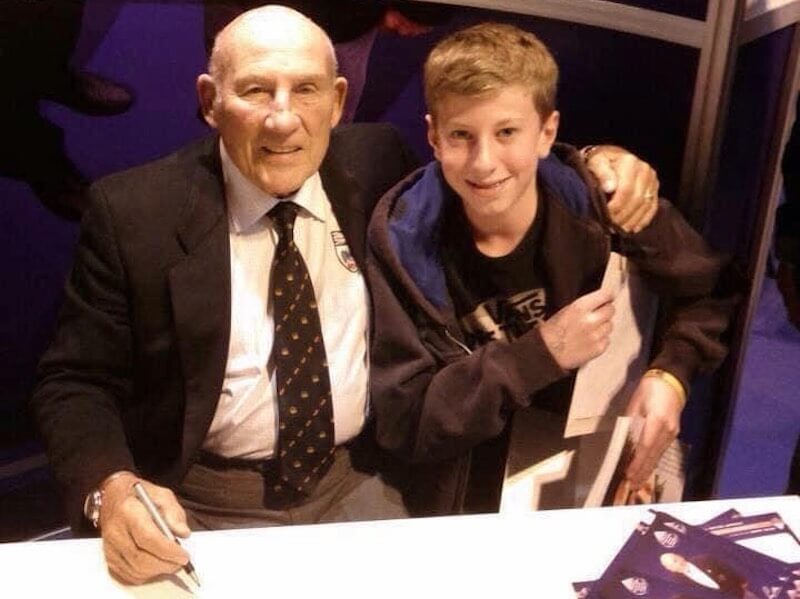 The guy who owned her lived in the middle of scenic nowhere, and it was absolutely hammering it down with rain the night I went to pick her up. It was the height of winter and the first time I’d ever driven a classic, let alone my own. I’ll never forget the moment a sheep ran out in front of me as I crossed the Shropshire moors in the pitch black.

I wanted a car that I could improve gradually as a father and son project. We’ve restored Molly’s original rocker cover by hammering the dents out, sanding down the rust, coating it in primer and finishing it with black lacquer, as well as MG and Weslake Patents decals. Recently, the bumpy country lanes of Yorkshire finished off her speedometer. I sent it off to be reconditioned, which was easy, the hard part was fitting it back in. Removing the dashboard is a pain, even if you lower the steering column, and combined with the fact that I’m 6ft 4 with big hands, my dad is 6ft 1, and Molly is a small sports car, it took us about four fiddly and frustrating hours.

I set up Molly’s Instagram page to share what we get up to and have had about 20 messages from people to say I’ve inspired them to buy an MGB. It’s strange because I’m just a 23-year-old lad from Birmingham who posts photos of his car, but when I sit back and think about it, it makes me glad that I do it. I couldn’t believe it when I got a message from someone who had owned Molly in the early 2000s. She and her husband got married and had to give Molly up to fund future life, but they regret it. Your loss is my gain, sorry!

Anxiety took its toll on me during the pandemic, but I made the most of my Instagram and YouTube accounts to keep connected with the car community. I made a video with some other digital creators about mental health awareness and did live streams called “Molly Meets” so other people with classics could share their story. I’m proud to admit that I love to show Molly off, but I hate to think that I sound big headed. 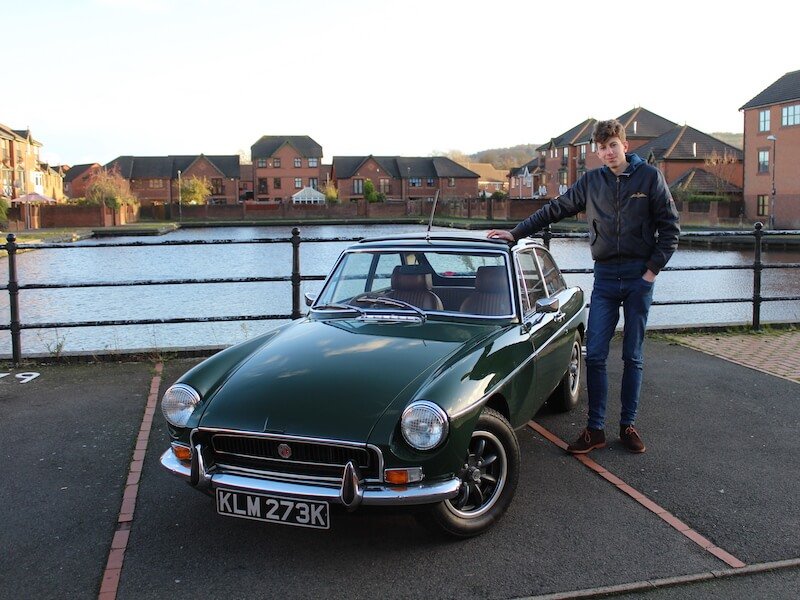 I joined the MG Car Club (MGCC) and became a member of the Young Members Branch to meet people I could go on trips with. As Secretary I help to co-ordinate events, which has included the 2021 Triumph and MG Weekend. Back in the 60s and 70s MG and Triumph were worst enemies, but we should be best buddies because we’ve all got the same aim – to keep these cars on the road.

Molly isn’t made for motorsport, I don’t like to rev her let alone skid around corners, but at the Triumph and MG Weekend I did just that because there were more Triumph than MG drivers taking part in the Autosolo so I had to represent. Apart from a wheel bearing that shifted and a little tyre wear, no damage was done. I have got my Motorsport UK RS Clubman Licence though – just in case. 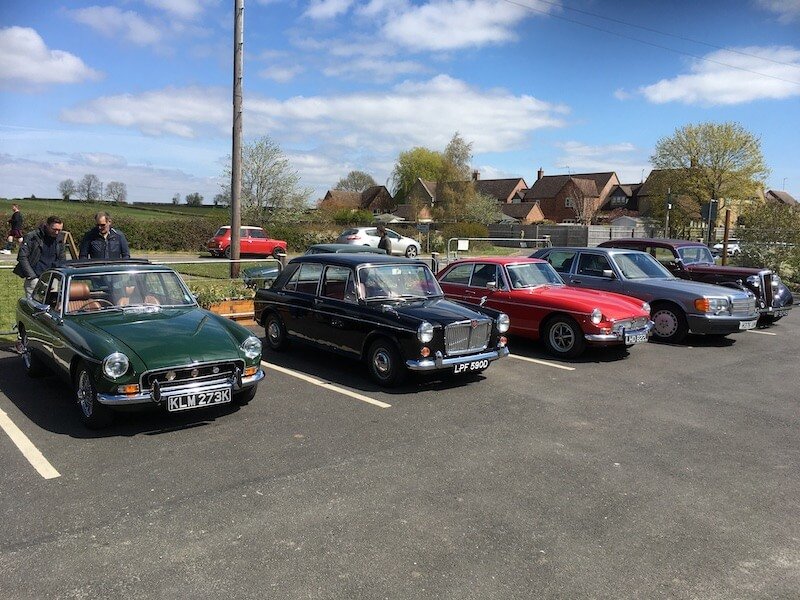 My motto is look after the car, and the car will look after you. Young classic car owners know we’ve got challenges ahead, but we don’t want to see these cars go to the scrap yard or become museum pieces. We want the older generation to have faith in us.

The MGCC have been really supportive, in particular one of our late members, James Davis, who used his MGA to raise funds for the Alzheimer’s Society. It takes a lot to make me cry, but when I received the news that he had died I broke down, he was a very good friend and he always put others first. James gave me an electronic ignition kit so I like to think that a bit of him lives on through Molly.

My garage isn’t big enough to do major jobs. I know Molly had an engine rebuild in 1998, the same year I was born, but she’s not running 100% at the moment so I’m taking her to my local MGB specialist, who has been my tutor over the years. She also needs a re-spray but I’m struggling to find someone trustworthy. One company quoted £24,000, I was gobsmacked – you can buy a barn find MGB and restore it for that kind of money.

Someone offered my friend £26,000 for his MG Midget at a car show once but he said no because to him the car is worth an infinite amount of money, and that’s what I’m like with Molly. She could be worth £1 or £1 million, but I’m never getting rid of her, even if someone offered me an E-Type in exchange, I’d say no. Some people don’t get it, but I wouldn’t give up Molly for the world. 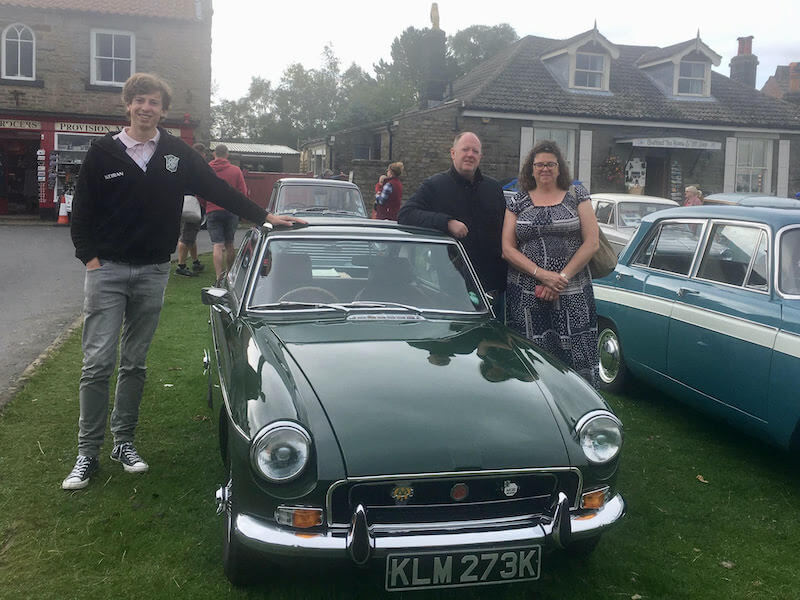