FeaturesMe and My Car: Manson Cheung and his DeLorean

A car to die-cast for. 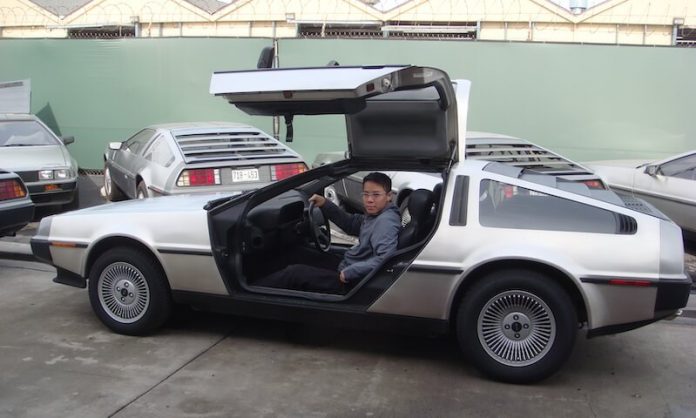 Great Scott! Not only does Manson Cheung own a gull-winged car just like Doc Brown’s iconic time machine, he’s responsible for designing the Hot Wheels version too. Here, he tells Charlotte Vowden how he made two DeLorean dreams come true.

In the early hours of October 26 1985 a delighted Doc Brown revealed his DeLorean time machine to Marty McFly, ‘come here, I’ll show you how it works,” he enthused. Fast forward from the fictional world of the Back to the Future movie into 2010 and Manson Cheung revealed his own interpretation of the eighties car when the Hot Wheels version he’d been making in secret was released to the public in a limited-edition run – but sometimes, a toy just isn’t enough… 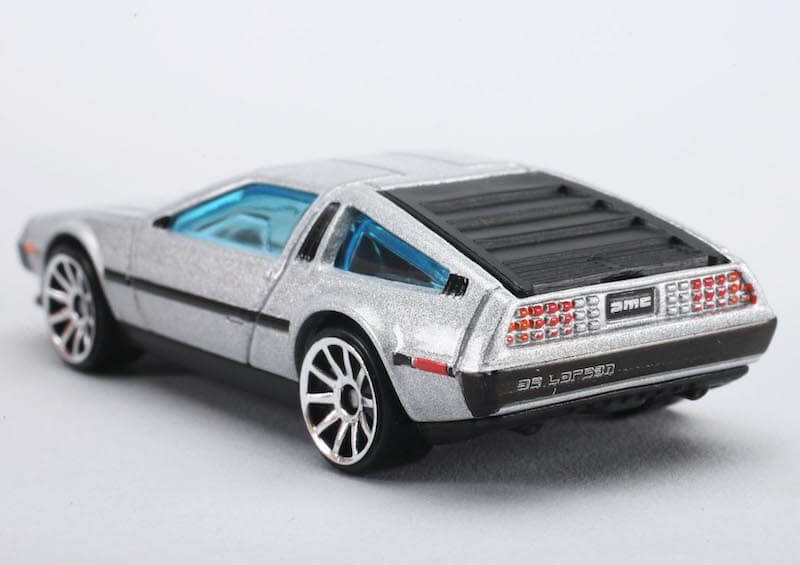 “When I reach up and close the gull-wing door I just have this ‘ahhhh’ moment. That thump as it shuts, and the feeling of using a different muscle and motion to close it is something I’ve never experienced in any other car. I imagine sitting in the cockpit of the DeLorean is like sitting in the cockpit of a plane and getting ready for take-off. If you ever see one, ask the owner if you can sit in it with the door closed because it’s just a cocoon of awesomeness that everyone should experience. 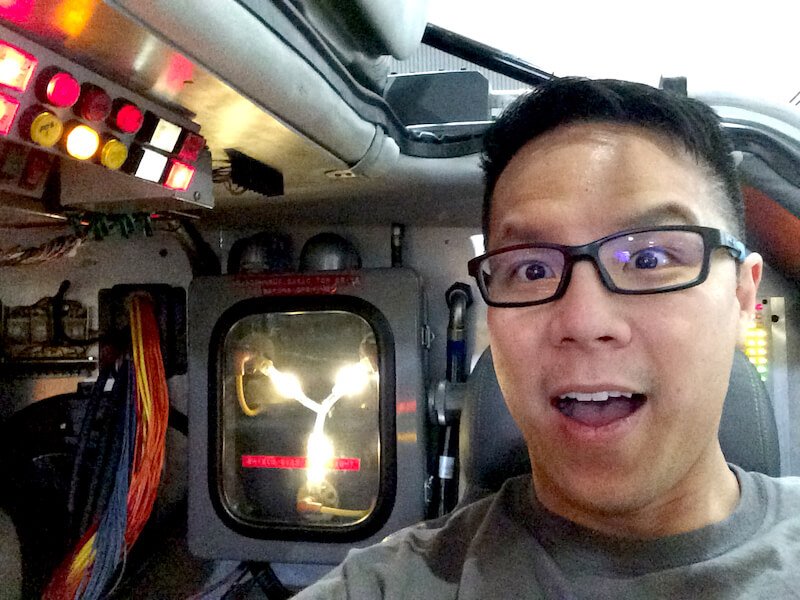 Just like every other kid in the eighties the DeLorean became my dream car after seeing it in the Back to the Future movie. I thought it was a cool looking prop but a few years later I couldn’t believe it when I saw a stock version driving down the street. Realising it was a real car made me even more determined to get one but for a long time I didn’t have a garage or the money so when I got this cool job at Mattel, I decided to make myself a miniature one to Hot Wheels scale; if I couldn’t have a real one, at least I could have one on my desk. 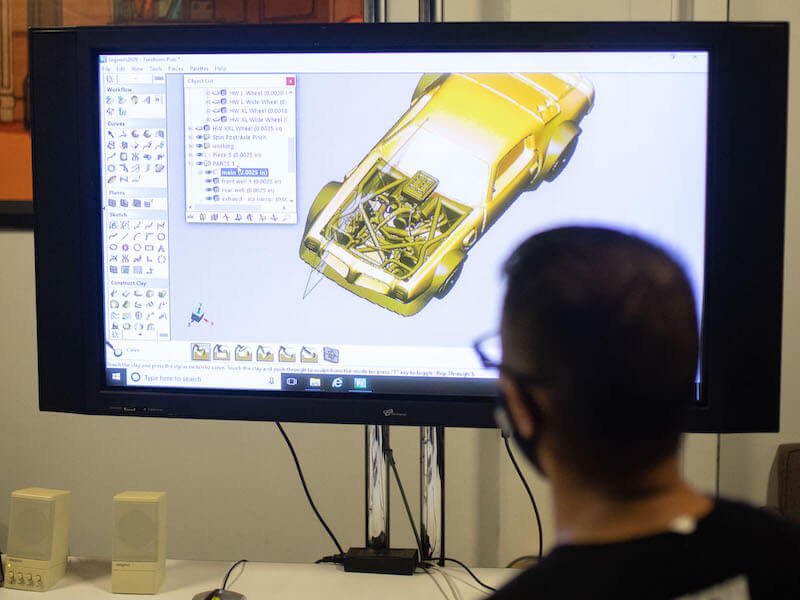 I’m not a traditionally trained automotive designer and I’m not really into what makes a car run, for me, it’s all about the aesthetics of an exterior. When I first look at a car that’s new or different, I only see its shapes and how they merge into each other, I then try to work out how I would transform it into a Hot Wheels model by breaking it down into its key parts. 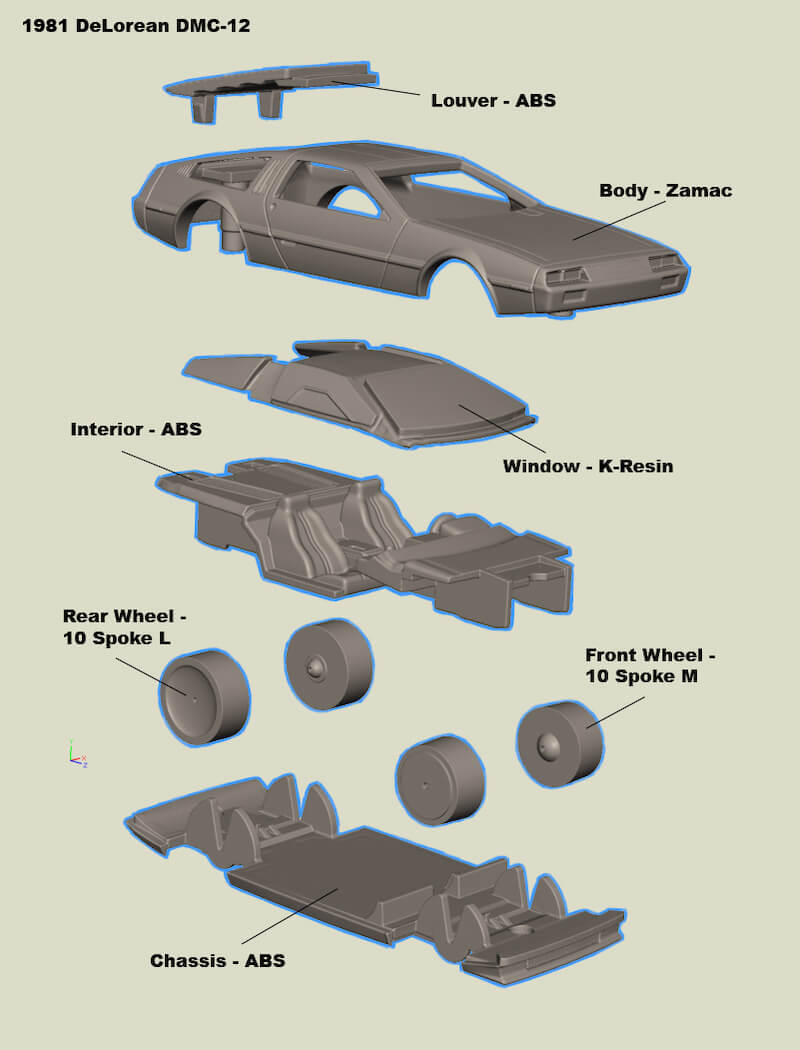 Working in secret after hours, it took about a month to create my mini DeLorean, but it wasn’t just a case of shrinking the car down and fitting wheels on it, the design had to fit certain tolerances and parameters. Some features were way too small to produce at a 1:64 scale and other parts needed to be thickened up, so there was a lot of finessing to make it look right. If you were to blow any Hot Wheels model up to life size they’d look really bad! 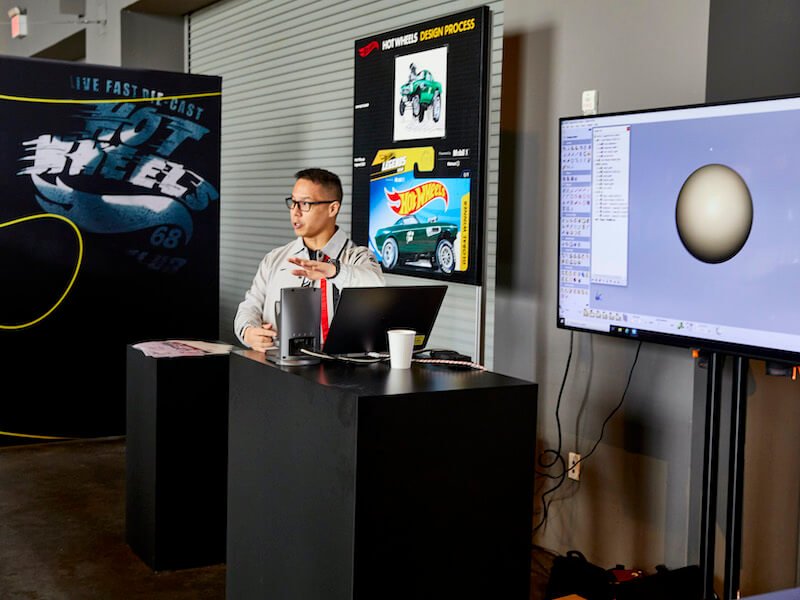 I decided to present my DeLorean to the Hot Wheels group in 2007 but it took until 2010 for the first edition to be released, the same year I got my 1981 DeLorean DMC-12, which has a Peugeot-Renault-Volvo (PRV) 2.85 litre engine. It was a dream come true twice over, not only to have a real life car for me to enjoy, but for the very first Hot Wheels DeLorean to be produced for everybody to enjoy. 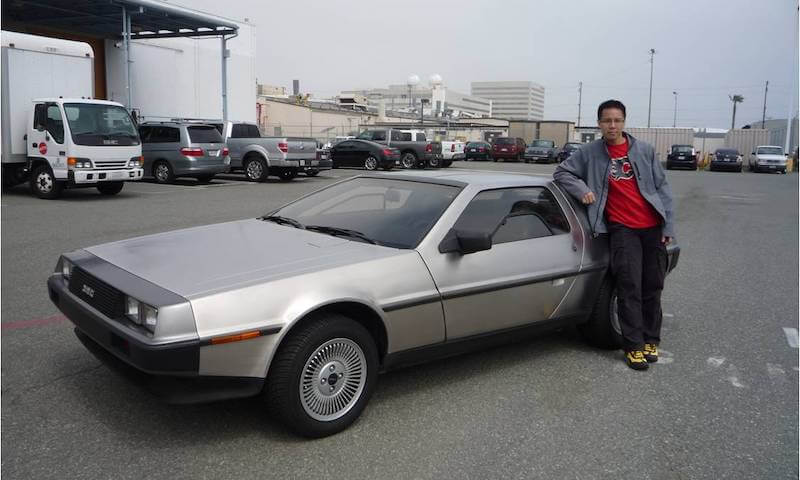 I’d only been in a DeLorean once, and that was at a museum, so owning and driving my own was so exciting; it’s small so has a little bit of a go-kart feel. I found it online and it had everything that I wanted, including a gas flap hood [a rare feature found on early DeLoreans that allows easy access to the fuel tank] and a black interior. I paid around $28,000 which was a pretty good price twelve and a half years ago. 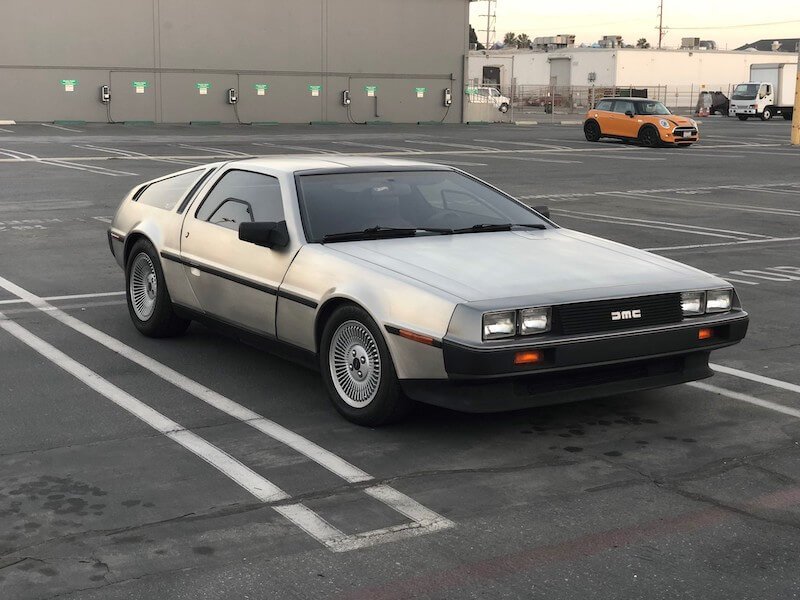 The DeLorean is one of the best looking cars there is and although performance wise it’s not that great (it doesn’t have crazy horsepower) I don’t mind because I never race about when I’m in it. Of course, it brings back memories of watching Back to the Future and thinking that I’m Marty McFly, but I’ve never got it up to 88; LA traffic isn’t suited to travelling at high speeds. I have opened it up on the highway and gunned it upwards of 70mph, but I actually spend a lot of time slowing down so people can take pictures; once I think they’ve got their shot, I zoom off! 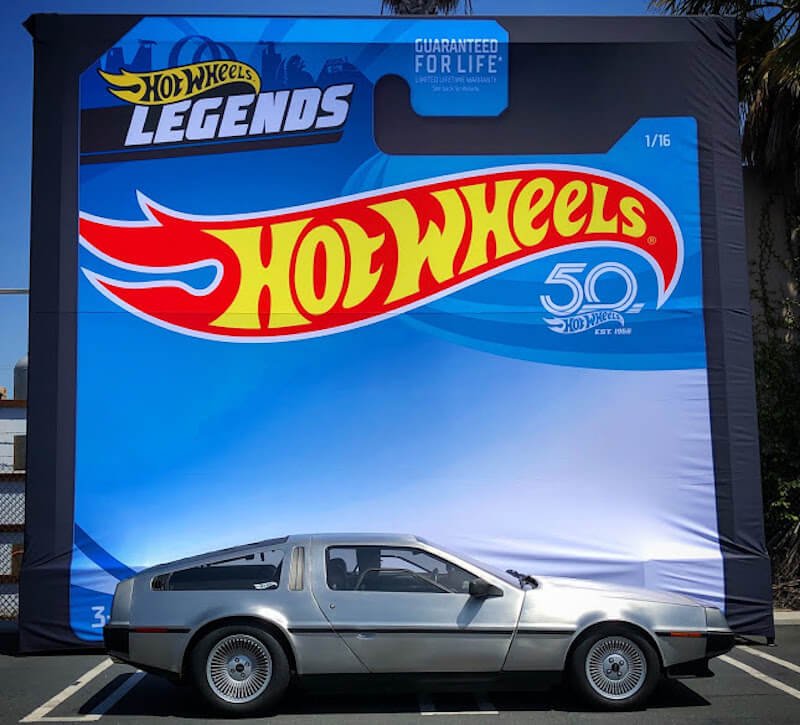 I’m more aware of my surroundings when I’m in the DeLorean because it does get a lot of attention and when I’m at a stop light I often look in my rear-view mirror to check the driver behind isn’t coming up too close, which is what you learn to do in driving school. It is a great ice breaker though and when I’m parked up, if someone is interested I enjoy showing them around. 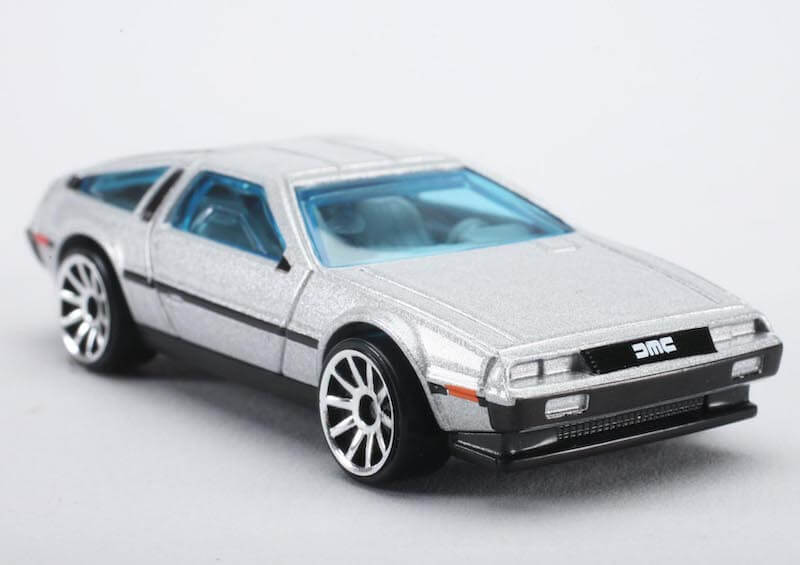 People don’t often get an opportunity to see a DeLorean, let alone sit in one, so most of the time I’ll say ‘dude, take a seat, you’re going to enjoy it, trust me!’. I’m only 5’6 and it seems like there’s very little clearance overhead when you close the door, you think it’s going to hit you, but there’s a sort of recess that your head fits into. The seats are also really low to the floor so the cockpit is a lot roomier than you would expect. The driving position isn’t like a traditional car either, your legs are almost straight. 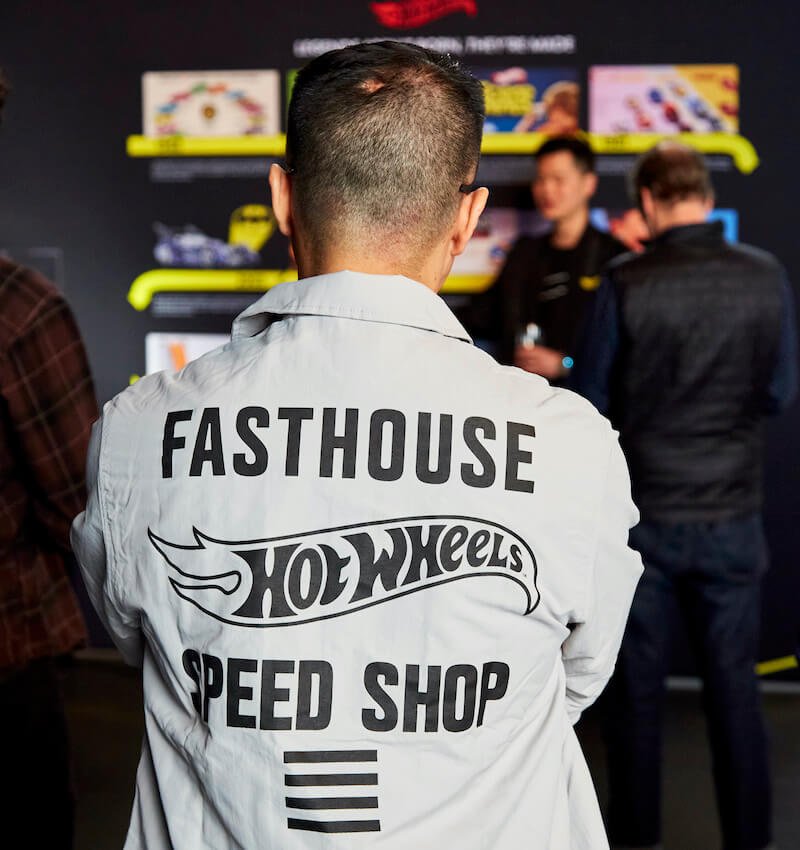 I’ve had a few special guests sit in, and sign parts of, the DeLorean, including Sung Kang from the Fast and Furious movies and Bob Gale [who wrote Back to the Future] penned ‘Drive it at 88mph’ on the passenger door pin, but everyone that gets in that cabin shares the same experience; it’s like being transported to another era. 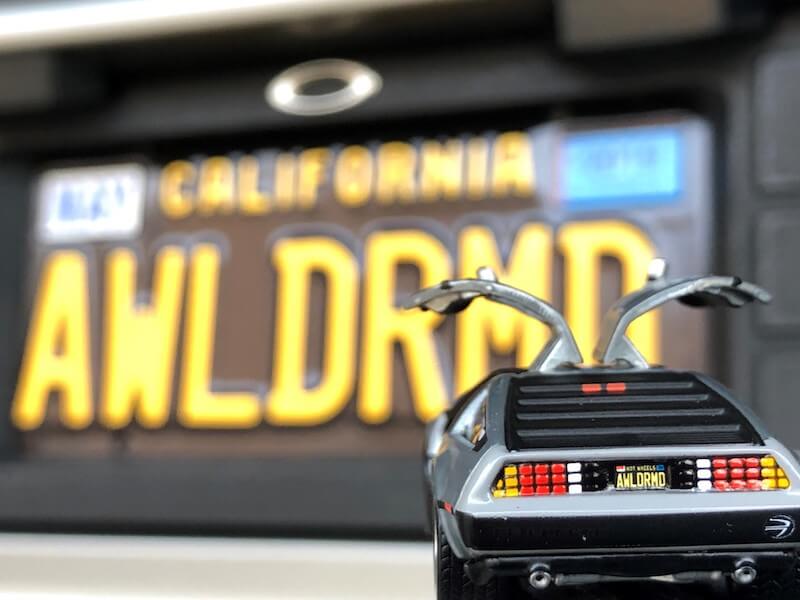 Everything in there is analogue, mine doesn’t even have the digital clock that some cars were fitted with, but it did come with power-assisted windows as standard and I have put in a ‘high tech’ radio with a CD player. The steering wheel and seats, which do not have a motor to move them back and forth, are upholstered in leather, but everything else is made from plastic or vinyl. 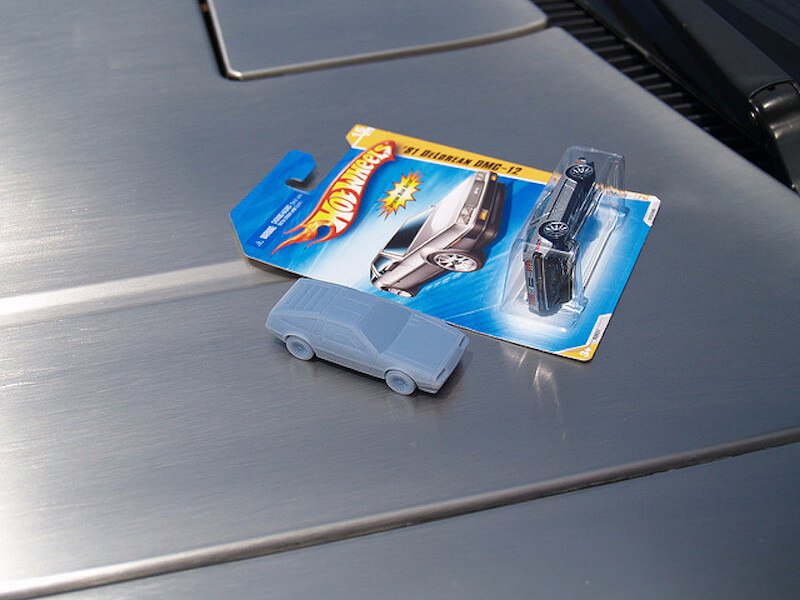 The DeLorean does have its quirks and takes a while to figure some things out; the speedometer tends to bounce and the fuel gauge sometimes reads full and then all of a sudden drops to half. It’s also my first rear-wheel drive car, which took a little while to get the hang of, but I tightened up the strut brace to make the steering a little more stiff and responsive. The DeLorean stock look had an almost off-road stance with its nose slightly up in the air, so I’ve had it lowered about four inches in the front and two inches in the back to give it more of an aggressive look, this also gives the illusion of being faster than it is. 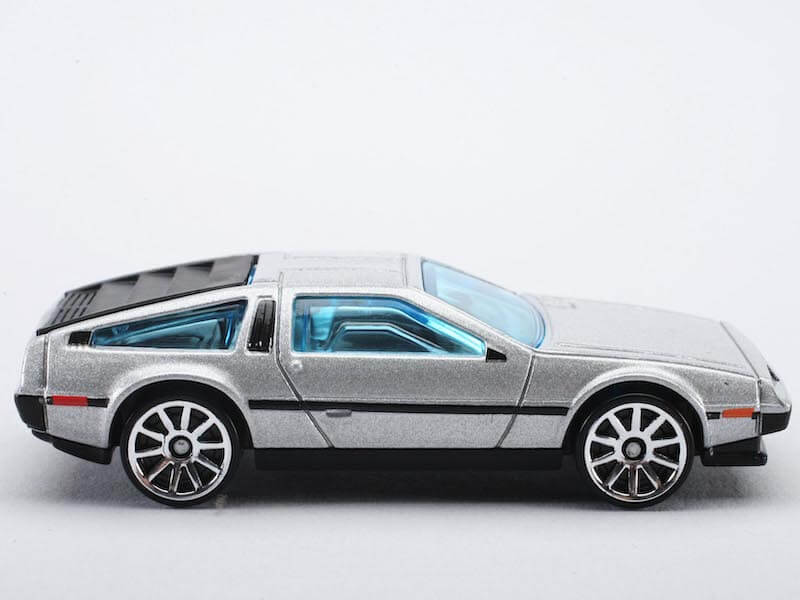 Whether you’re into cars, dolls or action figures, the Mattel headquarters is quite a place to visit, it’s like a playground, but when you go into the Hot Wheels area you have to prepare yourself for over stimulation! Different zones are dedicated to different parts of the creative process but we also have a track area where we test and race the cars to make sure they work – it can be a little distracting! 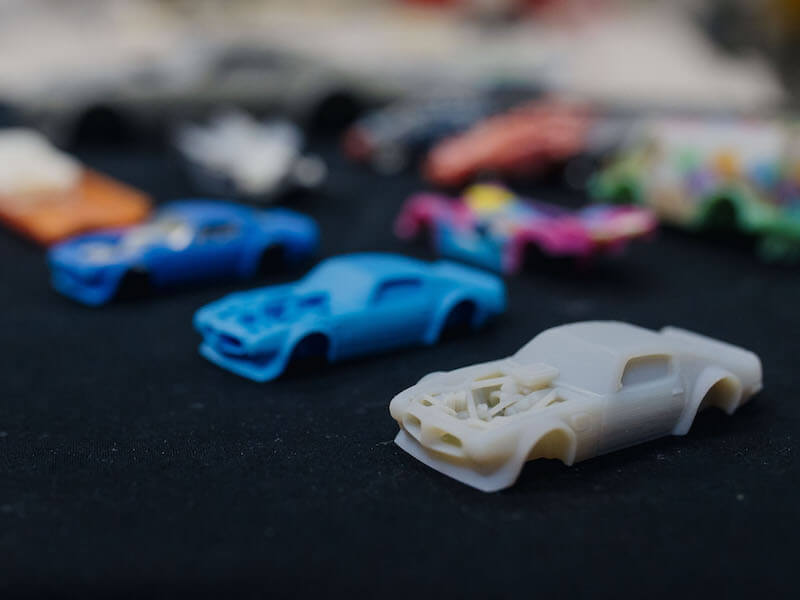 It takes a minimum of nine months to create a mini version of a car so we have to have a sneaky look at new vehicles before the public so that our models can be released in line with their launch, which is pretty cool. When I’m working on one of these licensed Hot Wheels models the manufacturer will give me a bunch of files to work with that detail every stitch, screw and light bulb and I use that information to create a simplified version, but if it’s a Hot Wheels original, which are fantasy cars that have come from the mind of a designer, I work from their sketches.

I was given my first big project at Hot Wheels back in 2007 when the Director at the time was like hey ‘can you turn this 65 Mustang into a fastback’. Since then, I’ve worked on more than 800 cars, which is an average of 50-60 a year, but the original DeLorean will always be very special to me; there are about 15 versions of it now. 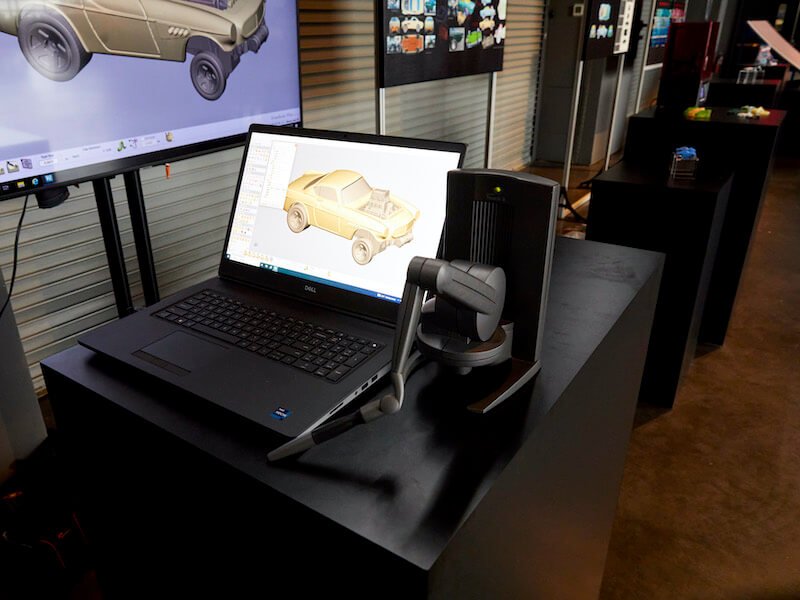 It’s always a wow moment to see something I’ve helped to create on the shelf, particularly when it’s one of the winners from our Hot Wheels Legends Tour, which is a crazy car show that’s gone global. At each event a vehicle gets picked and at the end of the year we choose one of them to turn into a Hot Wheels car; if you ever wanted to have your car made into a Hot Wheels it’s an amazing opportunity.

I’ve had the honour of working on all the winning cars so far, which is special for me but particularly for the owner because I think seeing their car as a Hot Wheels takes them back to their childhood and racing cars on the kitchen table. Last year, a guy called Lee Johnstone from the UK won with his Volvo P1800 Gasser and it felt so cool to present him with the Hot Wheels version because it’s like having your vehicle immortalised. The tour will be making a stop in the UK soon and the deadline to enter a car into the event is August 31st. My car story started with a dream, well, two dreams, to one day have a Hot Wheels version of the DeLorean, and to one day own a DeLorean. I guess I’m pretty lucky that both of them came true.”

LEGO launches Back To The Future Time Machine