FeaturesMe & My CarMe and My Car: Mark McClelland's Vauxhall Astras

A love of hot hatch Vauxhall Astras has led to an enviable collection of cars for one owner, and we couldn’t wait to find out more from Mark McClelland.

Mark McClelland has owned Mk1 Vauxhall Astras for around 25 years now, including a Bedford Astravan, and says he has a real love affair with the now-rare GTE model. Buying his first in the mid-1990s, he has owned the example you see here since 2015.

“It was in storage and unused since the 1990s, but I carried out remedial recommissioning work on the engine, brakes, exhaust and suspension systems prior to using it on the road again. I also had some cosmetic paintwork carried out, at the same time removing some Max Power-era modifications like a rear spoiler, aero fuel cap and front spot lights.

“I prefer the original factory look, although the Compomotive alloy wheels fitted in the 1990s by the previous owner are to my liking so have stayed on the car unless I am at a major indoor classic car show. Then, I refit the original style alloys as they seem more appropriate.” 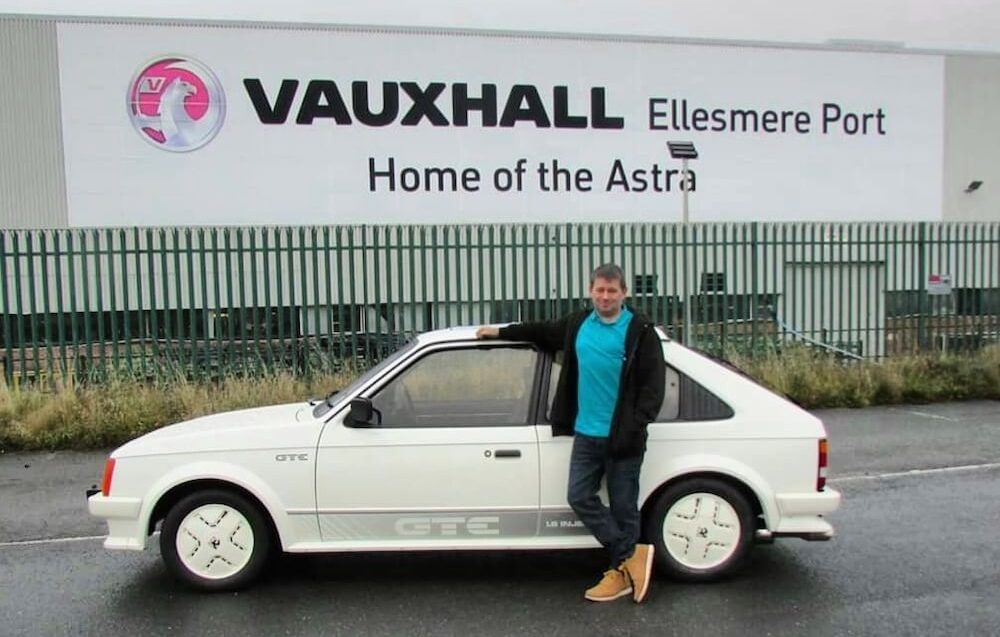 Mark has taken the car all over the UK and Europe, attending shows and events or just having fun, and has also picked up a few awards along the way. They include a third place in Lancaster Insurance Pride of Ownership at 2016’s NEC Classic Motor Show. The GTE was back at the NEC in 2019 to represent the show’s launch year of 1984 on a special 35th anniversary display stand. Mark even took the car to the Ellesmere plant where it was made.

It has also featured in several motoring magazines, including Classic Car Weekly (voted one of their top cars of 2016 in their Christmas special issue), Modern Classics, Retro Cars and Performance Vauxhall, and had a small part in a 2019 British movie called ‘Beats’. “An interesting experience” says Mark “and being able to use my local knowledge to help them source more classic cars meant they gave me a small ‘extras’ part on screen.” 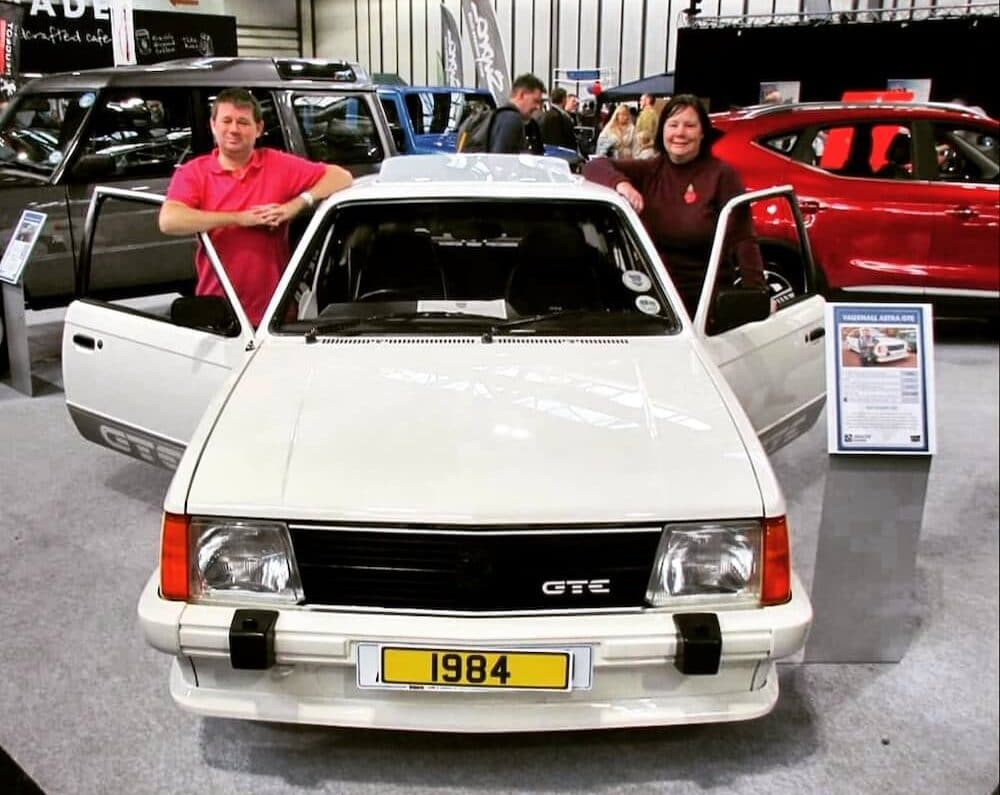 “Wherever it goes it turns heads or starts a conversation with complete strangers. It really is a car that can make you many new friends, and it is my best friend if a car can be such a thing. ‘Once Driven, Forever Smitten’ was Vauxhall’s advertising slogan in the 1980s and I am certainly smitten!”

Which brings us to another of Mark’s Astras, one with a fascinating history. Owned since 2005 and described as a ‘restoration in progress’, he explains: “GTM 420Y started life in 1983 as a pre-production test car and was used by Senior Vauxhall Motors Executive, Rod Hollingsworth, as his personal company car. He was the Product Planning Manager and the man responsible for bringing the Astra GTE to the UK market – he chose this car over the other two white test cars available as it had 3bhp more.” 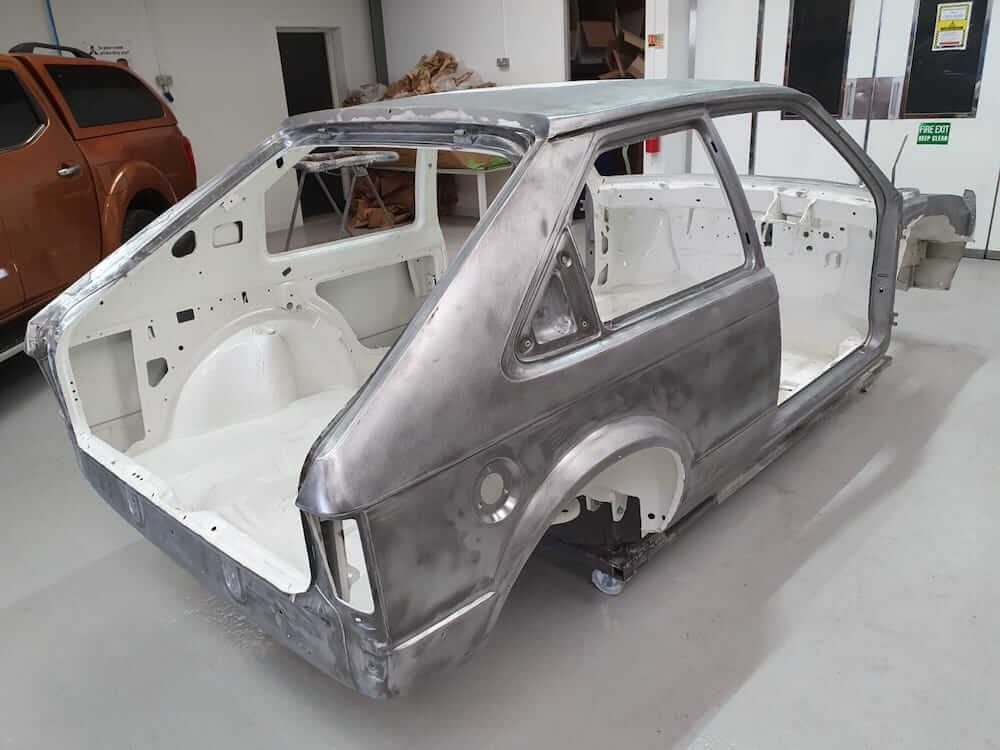 Used by Vauxhall to film the 1983 Astra GTE television commercial it was then converted into a rally car by Michael Gedge at Vauxhall dealer, Carlton Garage in Clacton. Run as a works-supported Group N machine in the 1984 British Open Rally Championship – which it won – it also took Group N honours on the Lombard RAC Rally, the British round of the World Rally Championship. The rally car was driven in 1984 by Brain Wiggins and co-driver Tony Shepherd.

It is currently being restored by Gibsons Auto Services and Dandrea Coachworks for use at historic rallying events and shows. 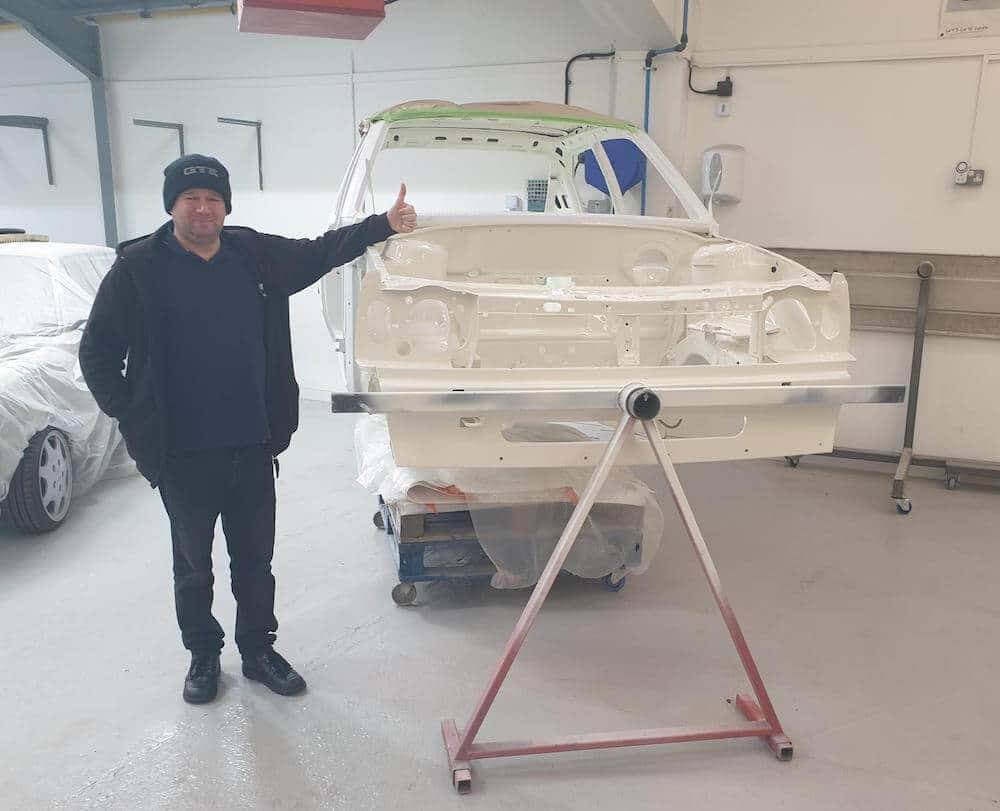 Mark also told us about his 1994 Ford Escort RS Cosworth Lux that he’s owned since 2017. “It has been in my dreams since I first laid eyes on one in 1992. This really was the bedroom wall poster car for me and is now in my opinion an iconic legend of a car that only a lucky few get to see and an even luckier few get to own.”

“My story with the Escort RS Cosworth started at its launch back in 1992 with magazine photos of it cut out and pinned to the bunk wall of the Royal Navy ship I was serving on, and my first proper sight of one in the metal was on the rally stages of Scotland where I saw Malcolm Wilson speed through the forests in his Michelin Pilot-liveried car. 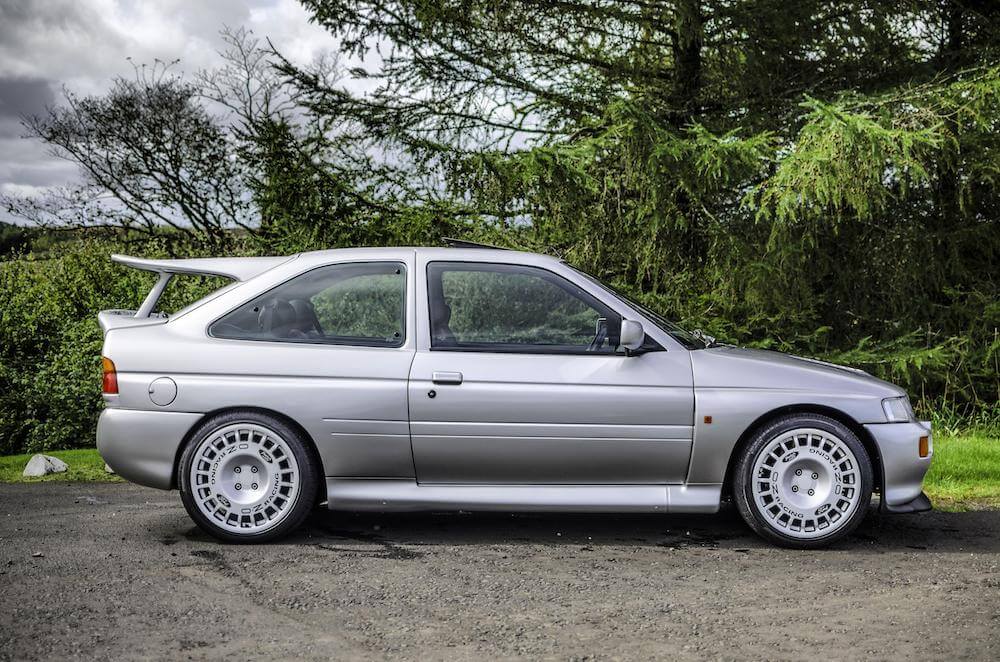 “I was later very fortunate to come across Malcolm and his car at a rally service area and he allowed me to sit in the car – as a young petrolhead this was a dream come true and I vowed one day that I would own one. However, with high insurance costs and real-life expenses like a mortgage to pay, I was very unlikely to ever fulfil that dream, but I never gave up and in 2017 I was in the fortunate position to be able to afford the one you see here.” 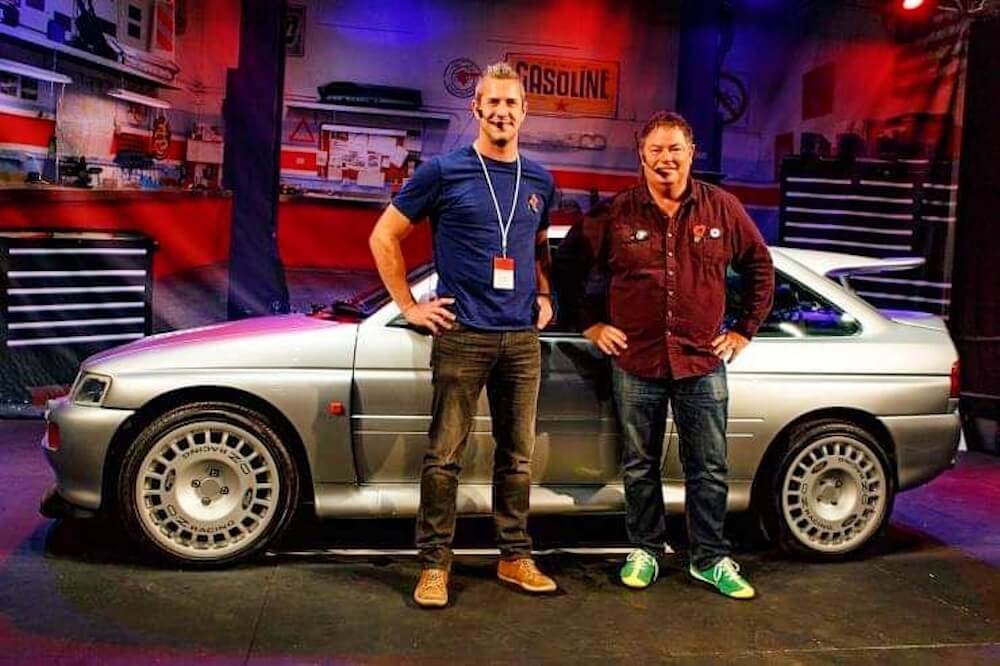 His ownership has featured plenty of highlights, including being a Pride of Ownership finalist at the 2018 Lancaster Insurance Classic Motor Show, and appearing with Wheeler Dealers duo, Mike Brewer and Ant Anstead, on the live stage at the 2017 show. Legendary car designer, Frank Stephenson, was interviewed on stage and autographed the car afterwards. “There can’t be many Escort Cosworths personally signed by part of the design team” says Mark.

We think you’ll agree that Mark owns some very special cars, and we can’t wait to see them at a show very soon.