FeaturesMe and My Car: Patrice Garrett and her Mk2 Polo

I got lucky with my little red trickster. 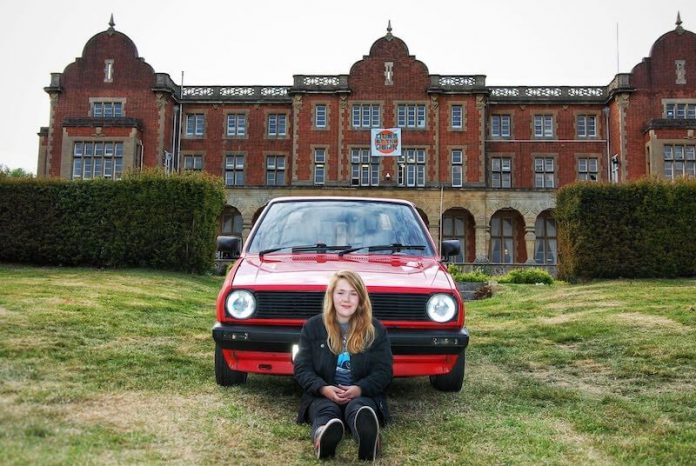 An impulse buy at the age of 16, Patrice Garrett’s first car experience wasn’t as straightforward as just jump in and drive.

Here, she details the highs and lows of ownership and tells Charlotte Vowden why she wouldn’t change a thing – even when the Mk2 Polo is getting up to no good. 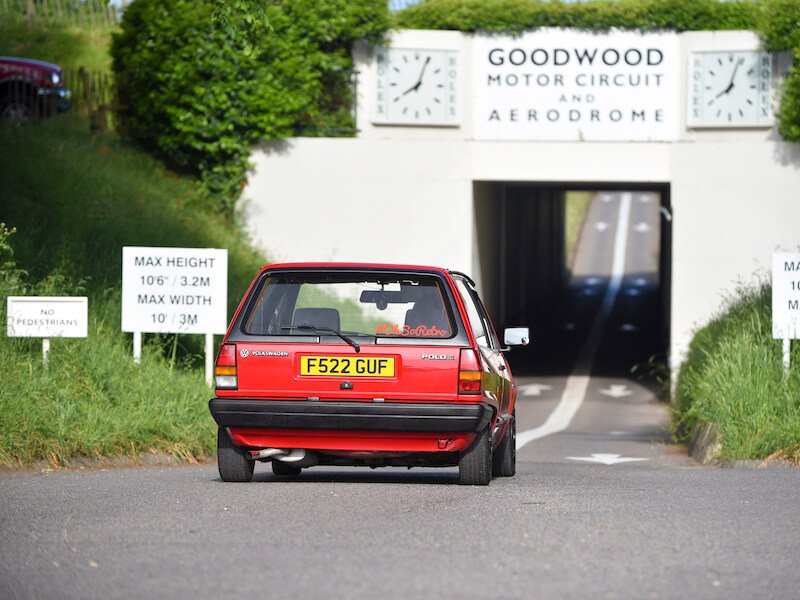 At under £800 this 1988 Mk2 Polo seemed to be the perfect starter classic, but the astronomical cost of insurance meant that to drive it, Patrice Garrett had to pay a hefty price…

“No one believes me because it always happens when I’m on my own but sometimes when I turn the Polo’s steering wheel the horn turns on and stays on. It’s never done it when I’ve had anyone with me in the car, but it’s normally at the worst time, like when a cyclist is going past. The car has definitely got a personality and chooses its moments to be not very well behaved, but I think it’s probably a loose connection at the root of all this mischief. The indicators make a nice little ticking noise, but that’s a standard feature.

The Polo was my first car and I bought it in August 2017 when I was 16. Learning to drive was a pretty big deal for me which is why I got a car way too early, I couldn’t wait for a bit of freedom, so I’d decided I was going to have it before I even went to see it. I didn’t really know what I was looking at, which was quite overwhelming, it was just a car that I liked the look of and most importantly it ran. I got lucky but if I was buying a car now I would check it over a bit more.

It was hard not having a licence, it sort of felt like I’d bought a driveway ornament, so it was pretty good to be finally able to use it when I passed my test – even though I only took it up the road for ten minutes. The car was £800 but I paid £2,700 for insurance which was a lot more than I had expected, but I didn’t want to wait anymore, I was ready to drive so I had to pay the price. Thankfully now I’m 21 it’s come down to about £600 and the dash cam I’ve clipped over the rear view mirror that records my journeys has helped to make it a bit cheaper. I used to stall it everywhere and if there was a hill, I would be going down it backwards rather than forwards, but I was never nervous.

I’d describe the Polo as a retro car that’s got just what you need; there’s no frills to it. The dash is all black plastic, and the seats are a combination of grey, red and blue fabric and fake leather; they look better than they sound, I haven’t sold them very well. I have got door cards, but they don’t have pockets, which most of the other Polos I’ve seen seem to have.

The Polo was quite common back in the day, but not many other cars had those square wheel arches on the back. Mine is a pretty basic spec 1988 1.0 litre four-speed Polo C. It’s quite light and can go pretty quick so keeps up with modern traffic, but it gets quite shaky in there when you’re going fast. Although I’m used to them, the brakes are terrible because I haven’t got a servo, but I tend not to think about how small the Polo is, how thin the doors are and how lacking in safety features it is because I feel completely in control when I’m driving. Being in a small car does make me pay more attention, but I pay more attention when I’m in the Polo anyway because I don’t want anything bad to happen to it. Older cars force you to really learn how to drive and once you’re in touch with it, it’s easy. 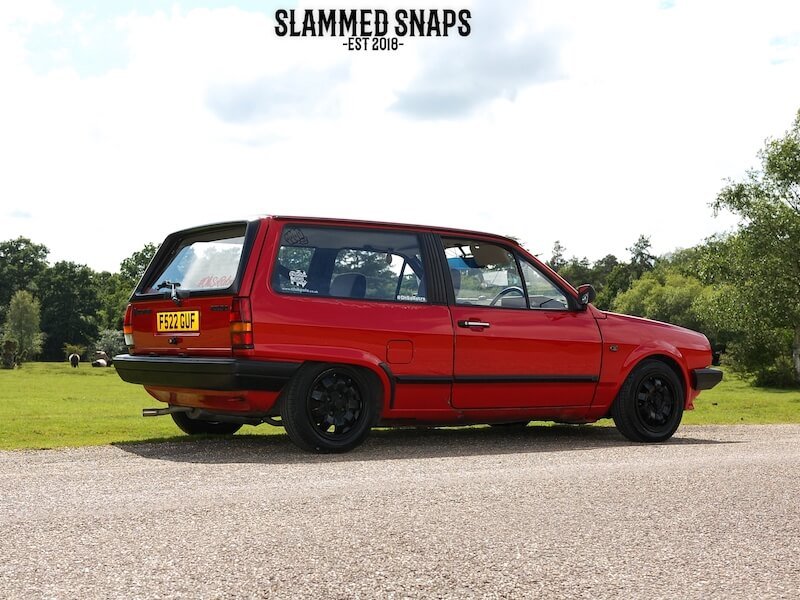 I trust the Polo but check it over before any trips and just hope that nothing goes wrong. If it does, I’ve got a box of spares in the boot, a glove box full of bulbs, and a boyfriend, Rhys, who is a mechanic, which is really handy. He’s fixed a lot of things on my Polo and has driven it a couple of times, but he bought one for himself last year. 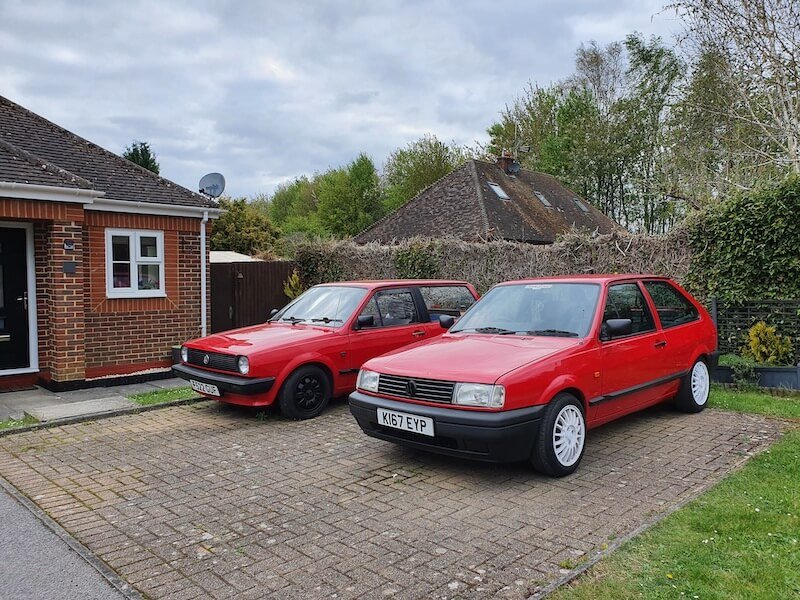 He went for a facelift coupé, but it’s also red, so we’re kind of matching and have been out in convoy. We took them to the Retro Rides Weekender at Goodwood this summer and got accepted into the Red Room paddock, which was based on the Red Room at the Haynes Motor Museum. I didn’t think my Polo would be the kind of car they were looking for so it felt pretty cool, particularly because it was the only one in there. It did stand out quite a bit.

Unfortunately both of them are fading to pink really quickly because they’re kept outside, which does stress us out, but we polish them a lot and it’s just something we’ve got to get used to. I have a wing that needs painting and it’s going to be horrible because the newer red is going to be so much brighter than the rest of the car. 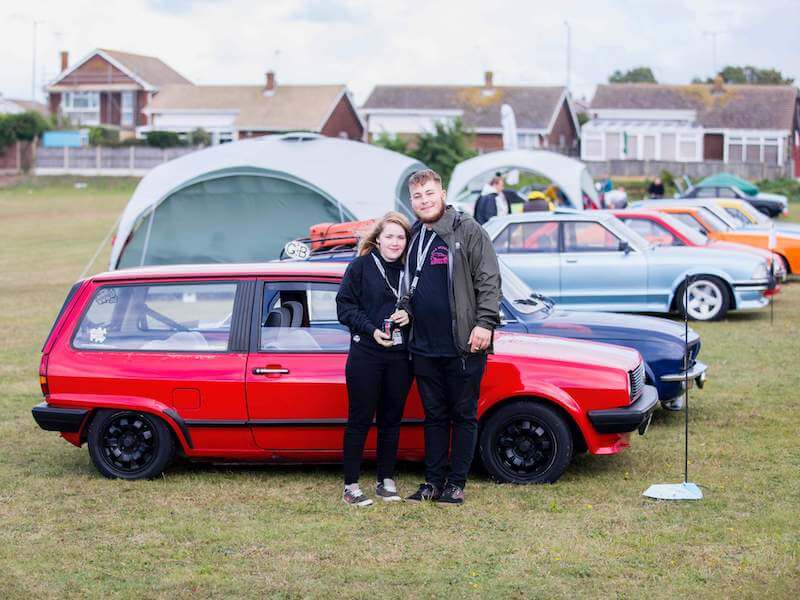 Cars are a huge part of our relationship, my Polo is the reason why we started speaking in the first place, and we both also really enjoy taking photographs of them. I’ve always got my DSLR camera with me and take pictures of mine pretty much everywhere it goes, but it’s not my favourite to photograph because of its colour, white or green cars look better – but that’s probably me not finding the right light balance. I like taking photos of static cars because you can have a better and closer look around.

My Polo has been lowered, which I think really suits it, and put on wheels that came off a MK1 Golf GTI. I like modified cars, they’re being looked after, and a lot of them are quite easy to put back to standard if you did wish to. I don’t tend to take rear passengers because my exhaust hits everything but I’ve just bought coilovers to go even lower with the Polo because I don’t like the arch gap at the front. My setup plan is to go from 13 to 14 inch wheels, which will give me a bit more ground clearance and fill the arches so that it looks lower than it actually is, then fit a custom exhaust. I’ll still have to go a lot slower over speed bumps though. 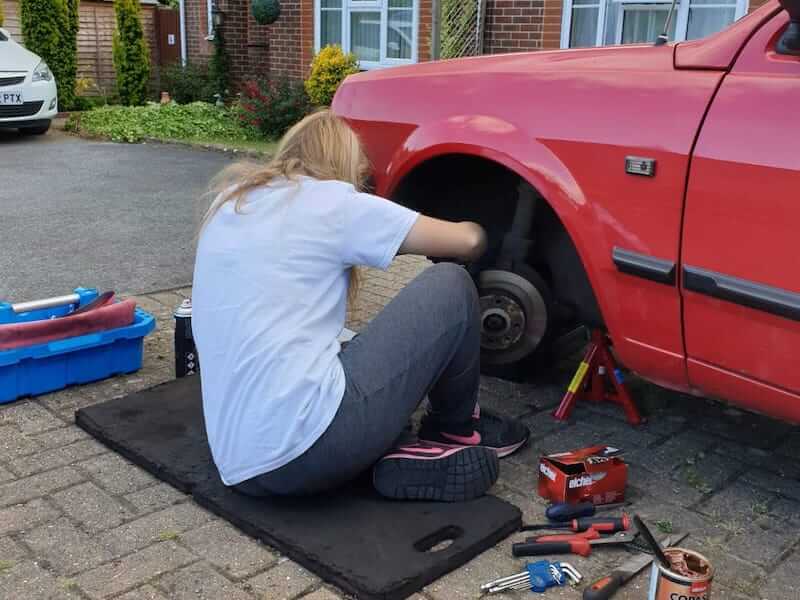 I feel a responsibility for the Polo because it’s reached this point and I’ve got to keep it on the road, but I enjoy it too much to not look after it. I will keep it going for as long as I can, keep using it as much as I can and hope that the fuel will be available for me to get to where I want to go. It was an impulse buy that was definitely worth saving up for.”

Join the Club:
Club Polo UK Facebook
Club Polo UK
Want to share the story of your car? Get in touch by email at:
Hello@mikebrewermotoring.com

Nearly three quarters of Brits say that they have a good grasp of the English language, yet a new survey has revealed that nearly...