There’s plenty of love for the MGB, and we’ve heard from one owner who is justifiably proud of his fine example – Paul Clappison’s 1972 MGB GT.

The MGB GT is a hugely popular classic, and deservedly so. Enjoyable to drive and straightforward to maintain, it also benefits from excellent club and specialist support making it perfect for seasoned owners or those that are buying their very first classic. Paul Clappison clearly enjoys his lovely example, and has shared his story with us… 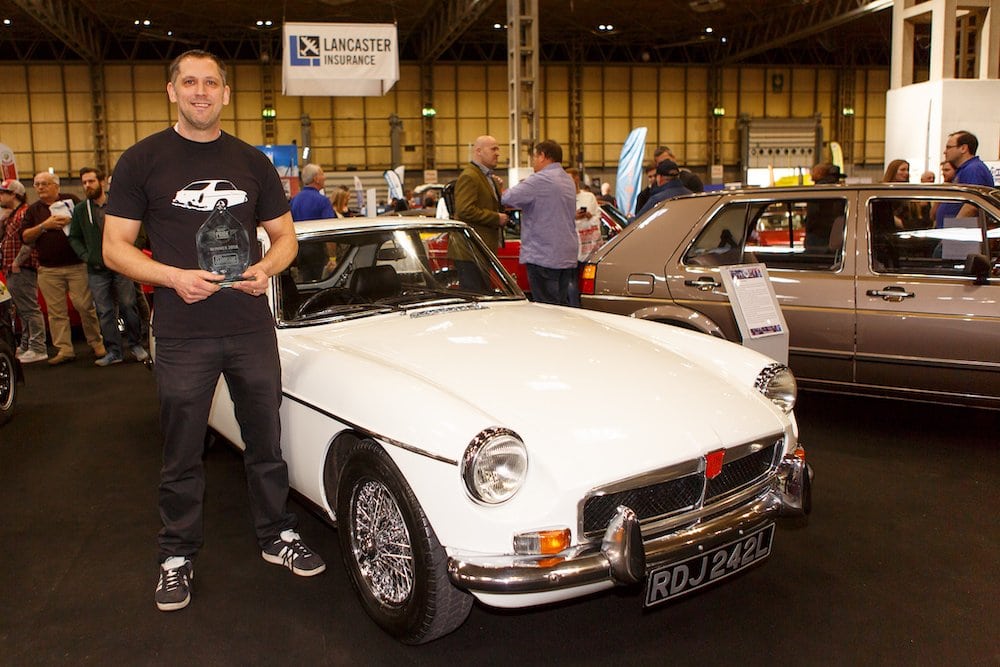 Since winning Lancaster Insurance Pride of Ownership at the Practical Classics Classic Car & Restoration Show in 2018, my car suddenly started attracting more attention and as a result of this, I decided to try to improve it further.

Apart from the ongoing mechanical upgrades, I have replaced both chrome bumpers, the front grille and rear screen, and spent countless hours painting parts of the engine bay, including returning the engine block from Morris green back to its original colour of black, reflecting its manufacture in 1972.

During this period, I also decided to have some panels repainted on the offside as unfortunately my driver’s door appeared to have become damaged whilst displaying the vehicle. As I was unhappy with the finish on collection, I had this stripped back and completed a second time in order to achieve a finish I was happy with. 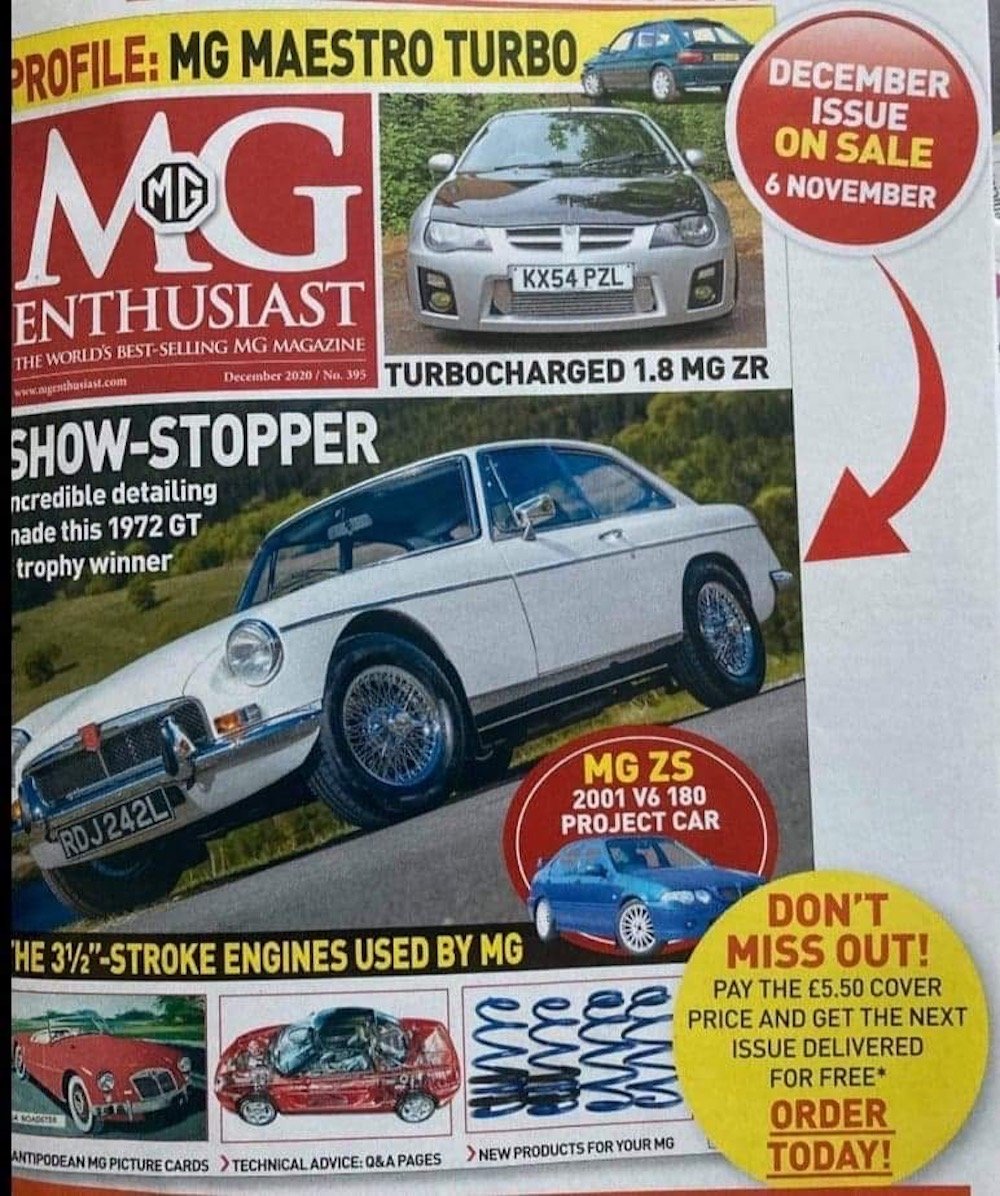 Also, as a member of the MG Owners Club,  I was approached to write an article for the club magazine, Enjoying MG, and following its successful publication I was then approached to write a follow-up article explaining some of my detailing tips that I use when displaying the MG. That seemed to go down very well, with lots of people sending me individual messages asking me for detailing advice.

In September 2018, I displayed the car on the concours stand at the Manchester Classic Car Show, ending up finishing in third place having been judged by Autobrite Direct who have since kindly gone on to sponsor the MGB GT by supplying me with various detailing products. In November 2018, it was back to the NEC for the Lancaster Insurance Classic Motor Show and I was delighted to display my car in the prestigious front-of-hall spot, which was an unforgettable experience with my car once again back in the spotlight.

Back at the Practical Classics Restoration Show in 2019, this time my MGB GT was part of a great display of vehicles as part of the club stand for Enthusiasts of British Motor Vehicles Built Before 1985 in what turned out to be a very enjoyable weekend, meeting friends old and new. By this time a lot of people had come to know of my car due to the publicity it had received during the past year. 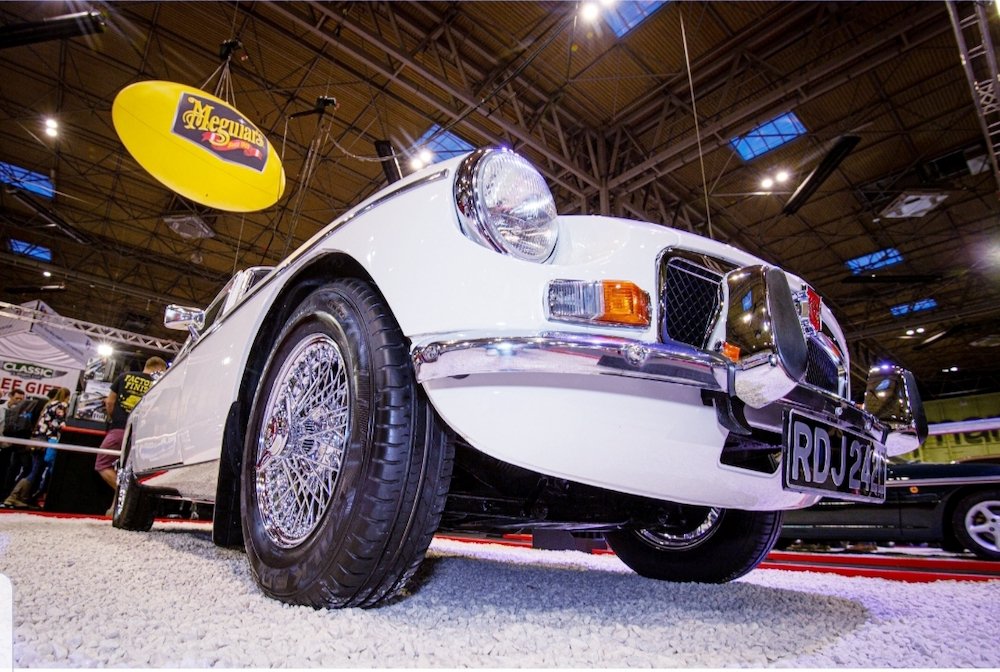 Sadly having lost my mum in May 2019, the car remained unused for several months as my dad’s health then took a turn for the worse. What little time I did have to spend on the car was spent preparing the MG to take its place as a finalist on the Meguiar’s Club Showcase stand at the Lancaster Insurance Classic Motor Show. However as my dad’s health deteriorated further it became a battle to get the car ready in time for the show.

Somehow I managed it and the car looked its very best – it gained a great reaction from the public and press, and although it didn’t win displaying the car at this highest level is the highlight of my ownership. Once again I was fortunate enough to meet Mike Brewer and receive my award from him for competing as a finalist, and I came away from the show with some amazing photos and some great memories. 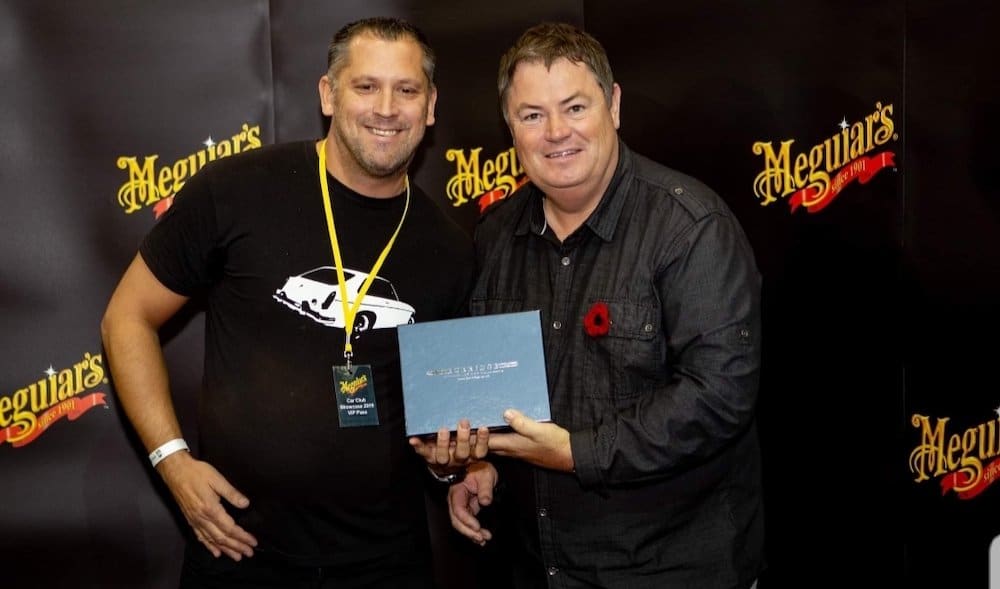 This year the car hasn’t been to many shows due to the Covid-19 pandemic, although a highlight was a large local classic car show at Capesthorne Hall in Cheshire on the August Bank Holiday weekend. I was accompanied by my son, Jake, who has joined the classic car community with his 1979 Triumph Spitfire and it was great to finally get the two cars out together at a car show. The car also came second in the virtual Lancaster Insurance Pride of Ownership as part of the Classic Motor Show Online event in November.

My car used to be stored at my parents garage but since my dad passed in November I have had to find alternative storage for the MG, and after a temporary period in a garage that wasn’t really suitable I have managed to secure a huge garage within walking distance of my home. Hopefully more adventures lie ahead for me and my MG in 2021 and beyond!”