Even priceless cars have a price.

Motoring TV presenter and journalist Alex Riley gives us his thoughts on what constitutes Art, and whether a car can be considered as creatively worthy of the title as a painting or sculpture…

Imagine if the Queen decided to sell one of her crowns.  Or the Louvre got rid of the other Mona Lisa.  Actually I don’t think there is a spare Mona Lisa in the back, but the point I’m trying to make is that it’s unthinkable they would ever go on the market.  And if they did, how could you put a price on them? But on the 5th of May 2022, seven collectors were invited to an RM Sotheby’s auction in Stuttgart to bid on one of the two 300SLR ‘Uhlenhaut’ coupes.  Mercedes’ very own ‘crown jewels’ – cars that no one dreamed they would ever sell and which were considered priceless.  But now it has a price – €135,000,000 or $143.1m – double the next most expensive car ever sold at auction, a Ferrari 250GTO which went for $70m. 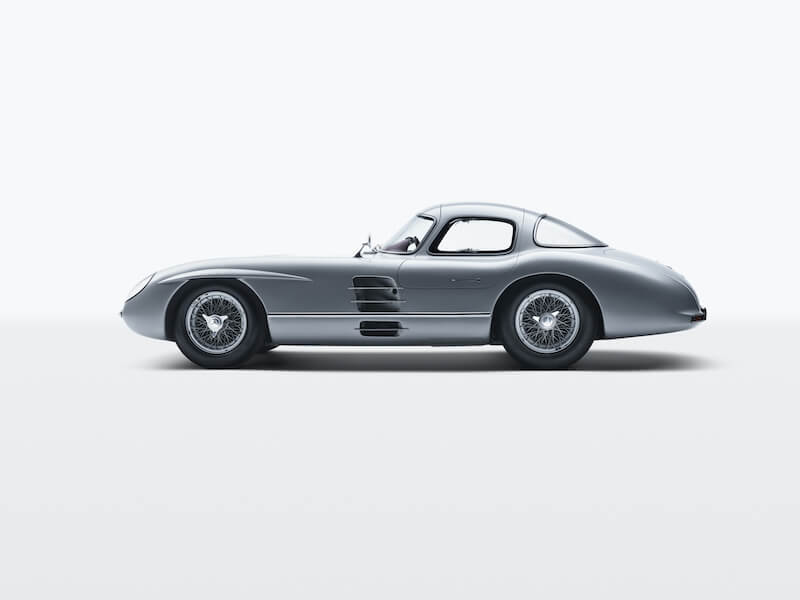 Maybe the semi-conductor shortage is so acute that when they were offered a batch that’d ‘fallen off the back of a lorry’ one night in a bierkeller, they needed cash quickly.  But the official story is the proceeds will go to creating ‘The Mercedes Fund’ supporting research into the environment and decarbonization.  Oh, OK then.

$143.1m makes the Uhlenhaut coupe the third most expensive post-war artefact ever sold, after Andy Warhol’s ‘Shot Sage Blue Marilyn’ ($195m) and Picasso’s La Rêve ($155m).  So, should it now be considered a bona fide work of art, and was it actually a bargain?  Questions I am completely ill-equipped to answer, but I’m going to do it anyway. 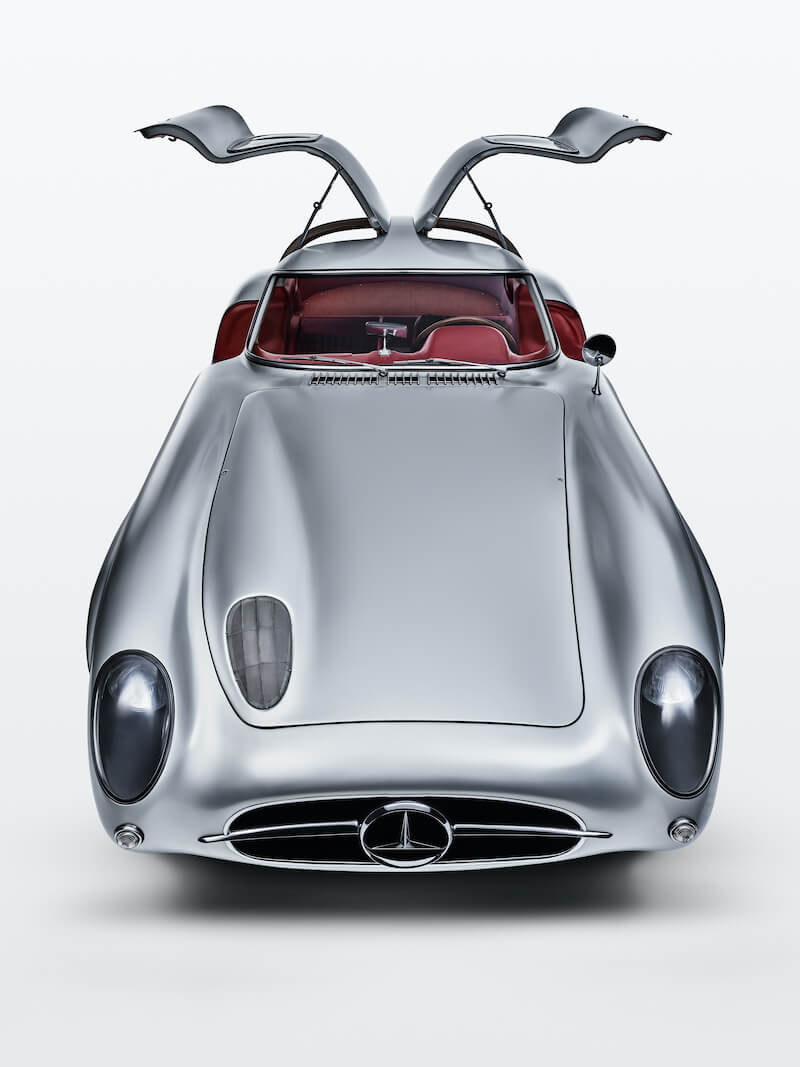 First, let’s have a recap on what makes an ‘Uhlenhaut’ coupe so special.  By the way, it’s not based on the gullwing 300SL of 1954.  It’s actually 90% of a W196 – which won 9 of the 12 Grand Prix it entered and the World Championship for Fangio in 1954 and 55.  Mercedes spun a two-seater sportscar off the same chassis, enlarging the engine from 2.5 to 3.0 litres to create the open 300SLR.  That was quite successful too, winning the 1955 World Sportscar Championship, with Stirling Moss famously winning the Mille Miglia, Targa Florio and Dundrod TT in one.

Two of the nine 300SLR chassis were fitted with low drag coupe bodywork to give a higher top speed, and it’s these that are the so-called Uhlenhaut coupes.  One has a blue interior, and the one just sold a red one.  The plan was to race them in the 1955 Carrera Panamericana and 1956 Le Mans 24hrs.  But following the Le Mans tragedy of 1955, the Carrera was cancelled and because they’d already won everything anyway, Mercedes pulled out of motorsport altogether at the end of 1955.  So the coupe was never raced. 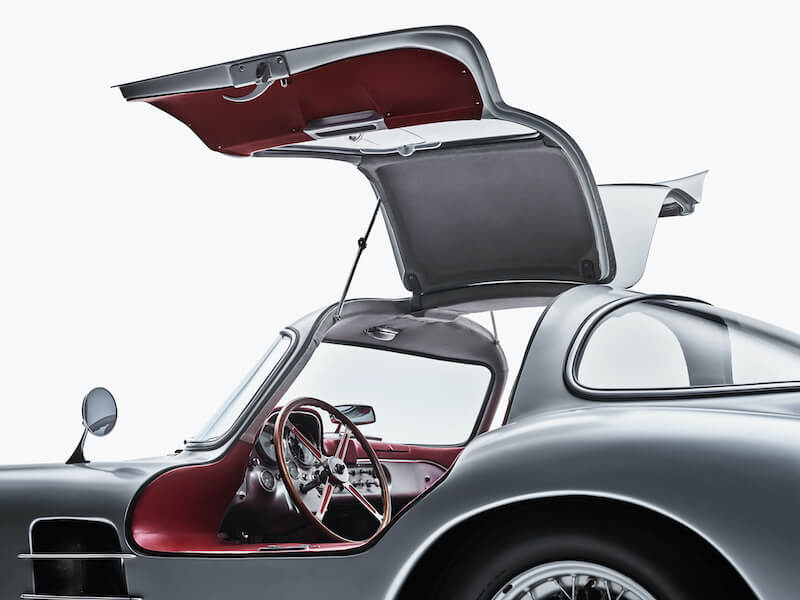 However, the ‘blue’ car was used extensively by Rudi Uhlenhaut and was practiced by Fangio, Moss and Von Trips at Dundrod and Moss crashed it practicing for the Targa Florio.  It was also famously road tested by Automobil Revue and Gordon Wilkins of Autocar, who timed it at 180mph.  In 1956.

So it’s a derivative of the most successful racing car of its era, built by the richest team in the sport, that never raced. Which ratchets up the mystique further.  But how does it compare to a painting?

Well, let’s face it, paintings are a bit one-dimensional.  But a car….it looks different as you walk round it, you can sit inside (in very comfortable tartan seats) and it moves under its own steam.  It also makes a noise.  Actually it makes an ear-splitting noise that’s almost unbearable.  Uhlenhaut wore earplugs when driving it, but still went deaf in the end.

And a work of art should offer something unique.  Well, the 300 SLR has a 300bhp straight eight engine, with two four cylinder blocks, canted over to the side, with the transmission tunnel between the drivers legs.  The gearbox hangs out the back, it has direct fuel injection, the valves are opened and closed by cams – they’re desmodromic –  allowing it to briefly rev past 9,000 in a race without harm.  The brakes are 13” in-board drums all round, that suck in cooling air as they rotate.  It’s got gullwing doors, a low-pivot swing axle and a body made from magnesium alloy.  There’s never been a sports car like it, and there are only two.  There are five ‘Shot Marilyn’ pictures in different colours.  And they were also made in a ‘Factory’.

Think of the work that went into the car and contrast that with Andy Warhol using someone else’s photograph and some coloured dies to make a screen print, that probably weighs about 4 kilos. That’s $48.75m a kilo.  The Uhlenhaut coupe weighs about 1100kg, or $130,090 a kilo.  Now that’s value for money.

And the world’s most expensive paintings are often hidden away for decades in private collections.  The owner of the Uhlenhaut coupe can’t just hang it on a wall and invite his friends to see it – as part of the deal he is obliged to bring it to various events so more people get to enjoy it.

But what of the ‘artist’?  Does Rudi Uhlenhaut have the charisma of a Warhol or Picasso? 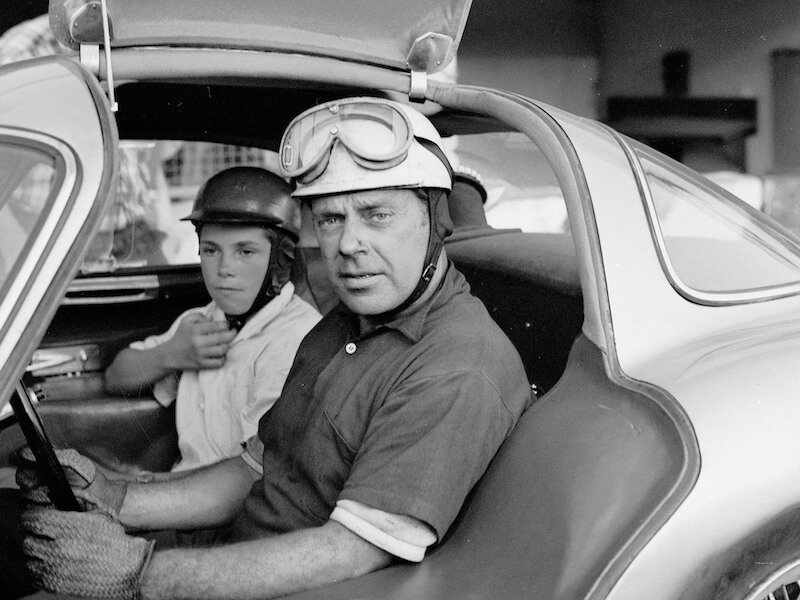 Well, he was cosmopolitan – born in London in 1906 to an English mother and a German father, he moved to Amsterdam at the age of 8, then Belgium, before ending up in Germany.  By the age of 30 he was head of Mercedes Grand Prix design and test team and turned the W25 into the W125 of 1937, and created the W154, dominating racing until the war.  And he  taught himself how to drive a Grand Prix Car by lapping the Nürburgring, and was as fast as the team’s top drivers.  Andy Warhol didn’t even have a driving licence.  Uhlenhaut was also charming, gracious, infectiously enthusiastic and had a lifelong fascination with trams.  Honestly.  Sounds great doesn’t he.

So I think I’ve shown that the Uhlenhaut coupe was so remarkable that it transcends motor racing and qualifies as a sort of work of art.  And Uhlenhaut as a kind of artist.

After reading this article, super-rich art collectors might now be thinking that paintings are way too expensive – causing a huge correction in world art values and a huge spike in prices of high-end cars.  Or, they might just ignore it completely.  I’ve no idea.  But I think the finest cars, created by the finest engineering minds and driven by the greatest drivers are as fascinating and worthy of veneration as great art.  And, frankly, much better value for money, even at €135,000,000.