Forget its muddled heritage – the ZS is a true driver’s car, and every bit a true MG.

With an almost zero budget, and precious little time, MG Rover took the staid and steady Rover 45 and gave it a complete makeover resulting in the MG ZS.

When BMW broke up Rover Group in early 2000 the newly-formed MG Rover Group needed to expand their range and quickly.

With Mini now firmly under BMW’s wing and Land Rover moving to Ford, the new company concentrated on the one asset that had been under utilised by the previous management – MG. 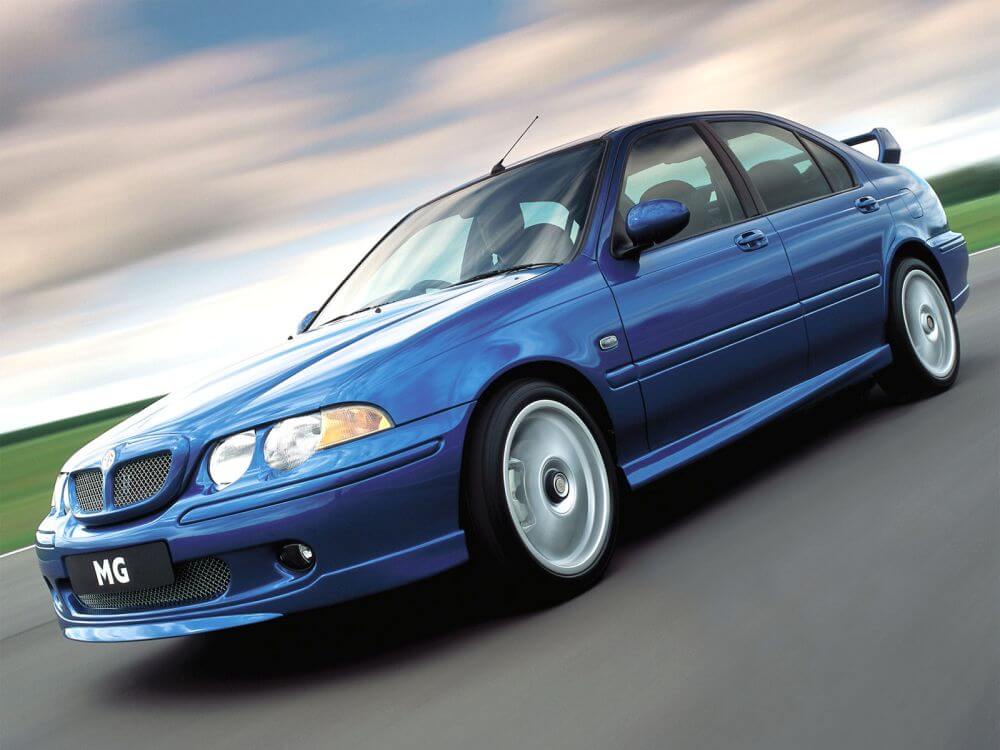 All three had their merits, and the engineers and designers at Longbridge did an incredible job overhauling the looks and characteristics of each car with no real budget to speak of. Arguably the best of the three, however, was the MG ZS.

The ZS was already an old car by 2001. It could trace its roots back to the Rover 400 and Honda Civic launched in 1995, which itself was based on the Japanese market Honda Domani that first hit the road even early, in 1992.

Despite the platform being almost a decade old, the Honda chassis had huge potential, thanks to its double wishbone front suspension. While the Rover had been tuned for comfort above all else, the MG was allowed to be more focussed, with lower, stiffer suspension and sharper steering. 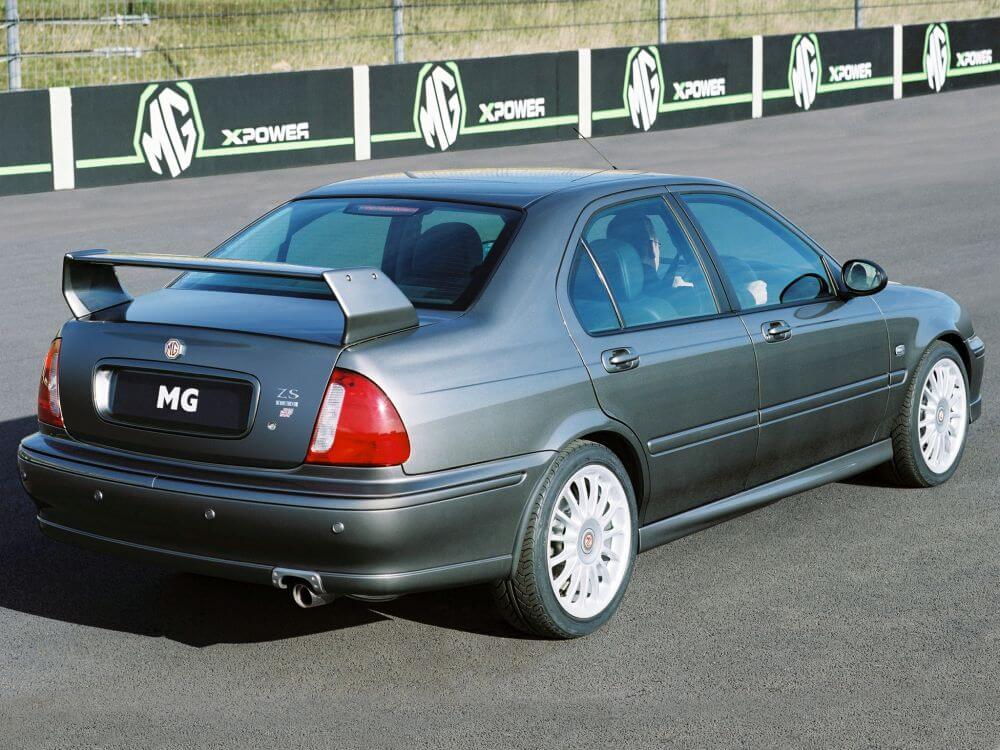 MG Rover would offer the ZS with its full range of engines, but the two most popular where the 1.8 K Series and the 2.5 litre, 180bhp KV6 and it’s the V6 that you want to own.

The V6 gives the ZS a unique character, with stacks of torque and a superb soundtrack, married to a chassis that betters rivals like the Golf.

Of course the ZS isn’t perfect – MG Rover were infamous for their lack of funds while they were building these cars, so build quality isn’t always perfect – some panels will lack sound-proofing, door handles can break easily and the interior reeks of the 1990s, a sea of grey and black plastic will greet you as soon as you open the door. 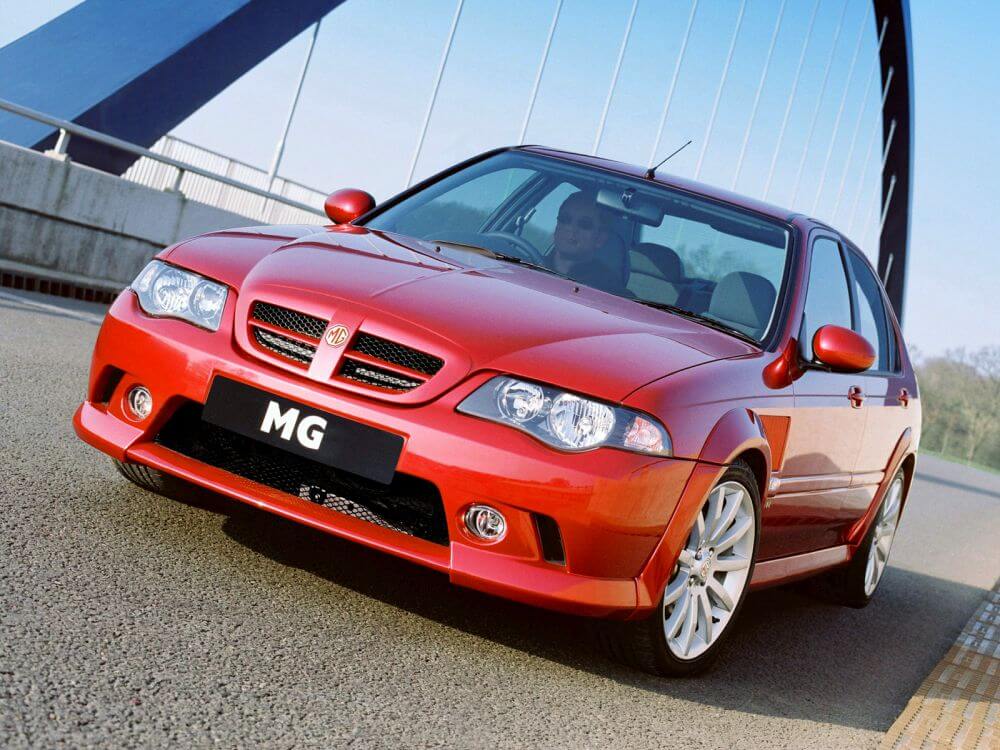 The later facelifted cars from 2004 on do a lot to shrug off the look and feel of the Rover 400 and 45, evoking a look more inline with the 3 Series BMW. The mk2 ZS with its ‘shark gill’ body kit (inspired by MG’s XPower SV) did a superb job of hiding the old Rover body that lurked beneath.

Today a usable ZS V6 can be had for under £1000, while the best examples will cost anything up to £4000. The V6 is a pretty reliable motor, but maintenance is key – look for evidence that the cambelts have been changed on the correct intervals and if anyone’s been in there to change the belts be sure they’ve also replaced auxiliary belts, water pump and pulleys – it’s not a cheap job so many owners will try and skip the expense, make sure they don’t pass it on to you. 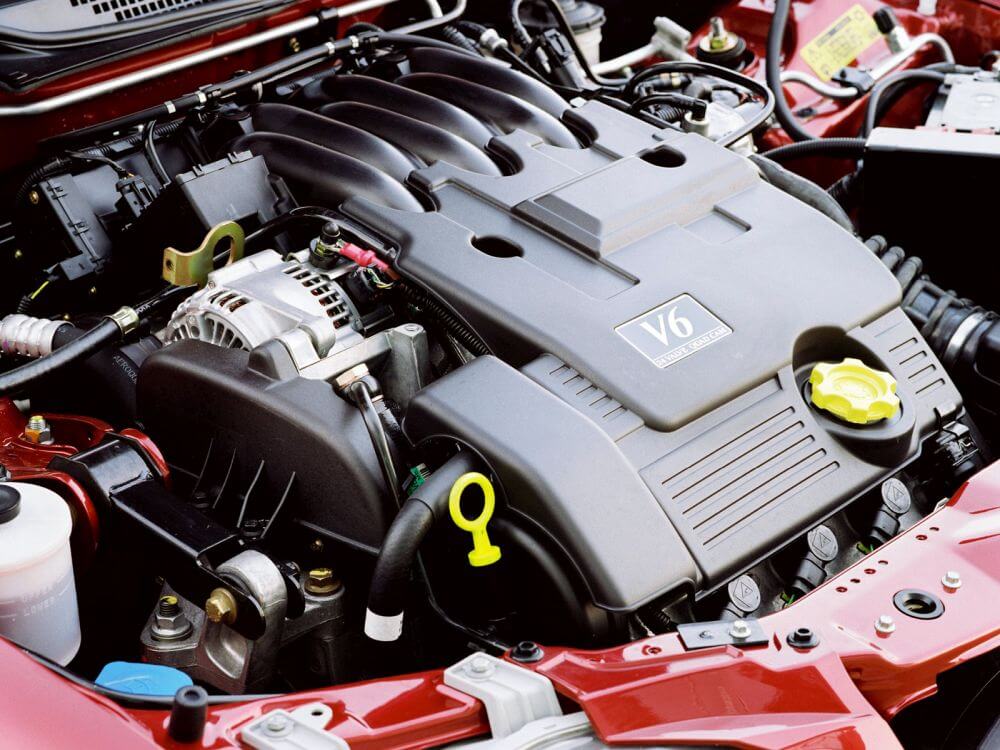 Other issues to be aware of are noisy inlet manifolds and rattling VIS (Variable Inlet System) motors – again, both are fixable but can be somewhat expensive given the relative value of the car. Tuning options are relatively limited without a significant spend, but simple mods are available, just don’t expect any massive boosts in BHP!

The later cars suffered from MG Rover’s “Project Drive” cost-cutting programme so remember that when these cars were being built many of the production line workers were providing their own tools to build them! If you opt for a body kitted car, check that the kit is in good condition and all of it is there, some parts are incredibly difficult to get hold of and have been since 2005! 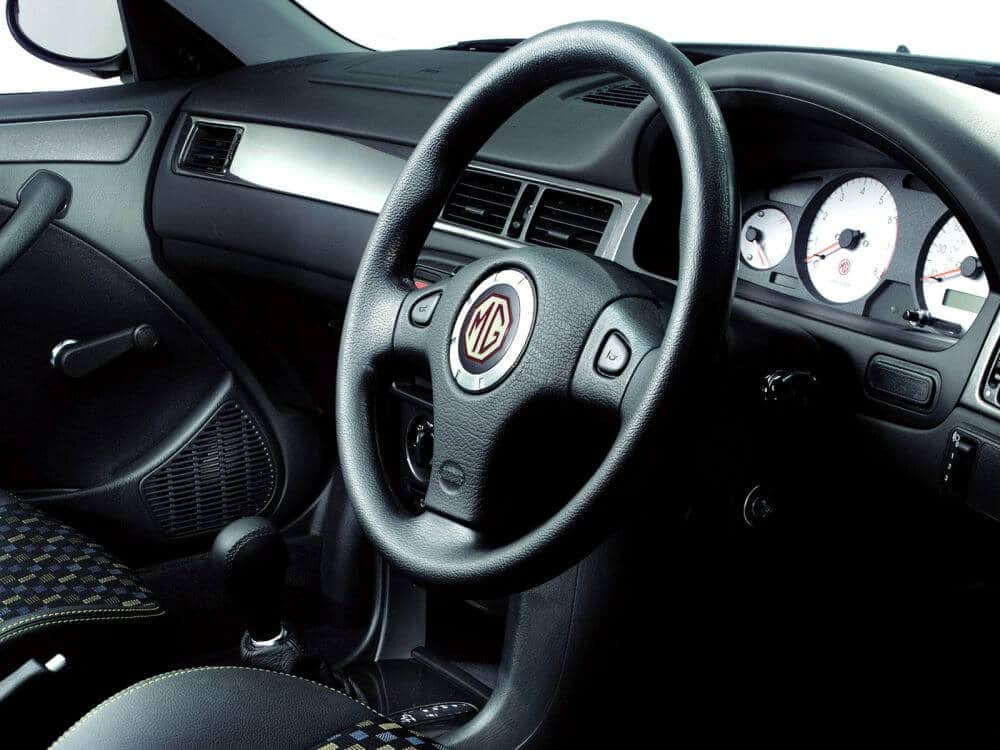 There’s a strong community around these cars – both the big MG clubs offer support to the ZS, and there’s an army of free groups on social media where you can find tips and tricks, parts for sale, cars for sale and events for the ZS and its contemporary MGs.

The ZS was one of the last British-built MGs and with its V6 powerplant and unique styling it has a lot to offer and that’s before you even get behind the wheel. Once you are behind the wheel you’ll find a really engaging, rewarding driver’s car and that’s why you should want one.