It’s easy to focus on performance models, but MINI One offers almost as many smiles per gallon.

Minis wearing the iconic Cooper name often get all the attention, but just like the original Mini Minor and Austin Se7en, BMW’s MINI One has a lot to offer.

When the original Mini launched back in 1959 it was never intended to become the motorsport legend it did – designed to clear the streets of Microcars, the Mini was planned as affordable transport for the masses. The later success of the sporting Mini was thanks to the talents and perseverance of John Cooper – those iconic Cooper and Cooper S models would find a legion of enthusiasts and when BMW relaunched and revitalised the MINI in 2001, people naturally expecting sporting MINIs, but alongside the newly-minted Cooper, the new MINI added a base model, the MINI One to the range.

While the Cooper would be offered with the white roof and bonnet stripes, the One would forego the chrome-effect grille of the Cooper, making do with a black grille and wing mirrors. Chrome inserts for the front and rear bumpers could be specified, along with a variety of 15” alloy wheels in place of the standard-spec steels. 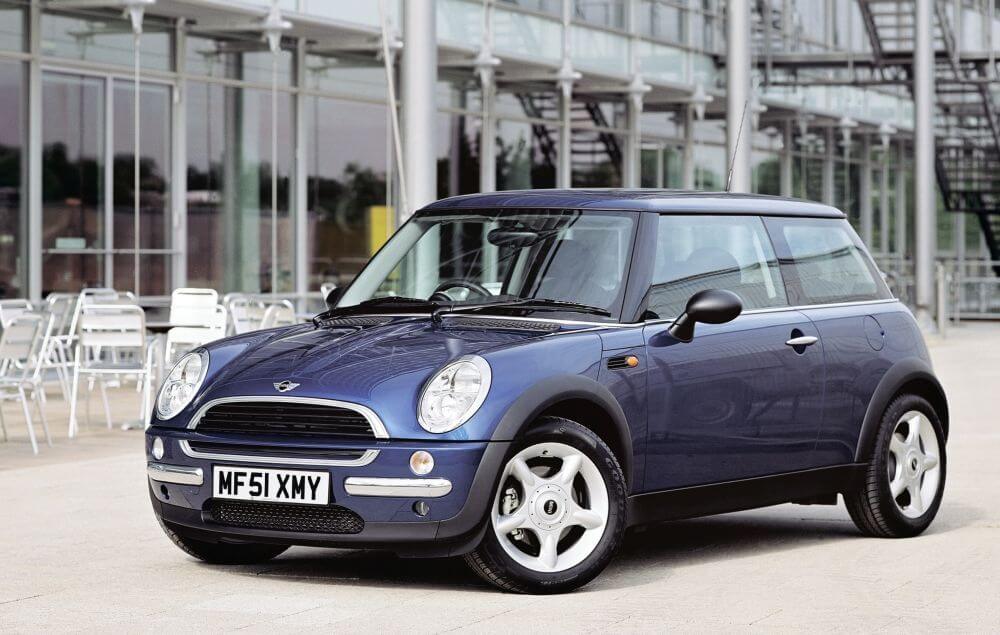 MINI were keen to offer new owners as many add-ons as possible, and these could be spec’d as a selection of style packs for the car. The came in three varieties, Salt, Pepper and Chilli. Salt and Pepper would only be offered on the One, with Pepper joining the line-up for the One in 2004.

Adding Salt to your MINI One would have cost you an extra £250 in back in 2001 and would have added velour floor mats, silver interior trim, a height-adjustable passenger seat.  For £300, the Pepper pack added chrome to the front and rear bumpers, 8 spoke alloys and a leather steering wheel. 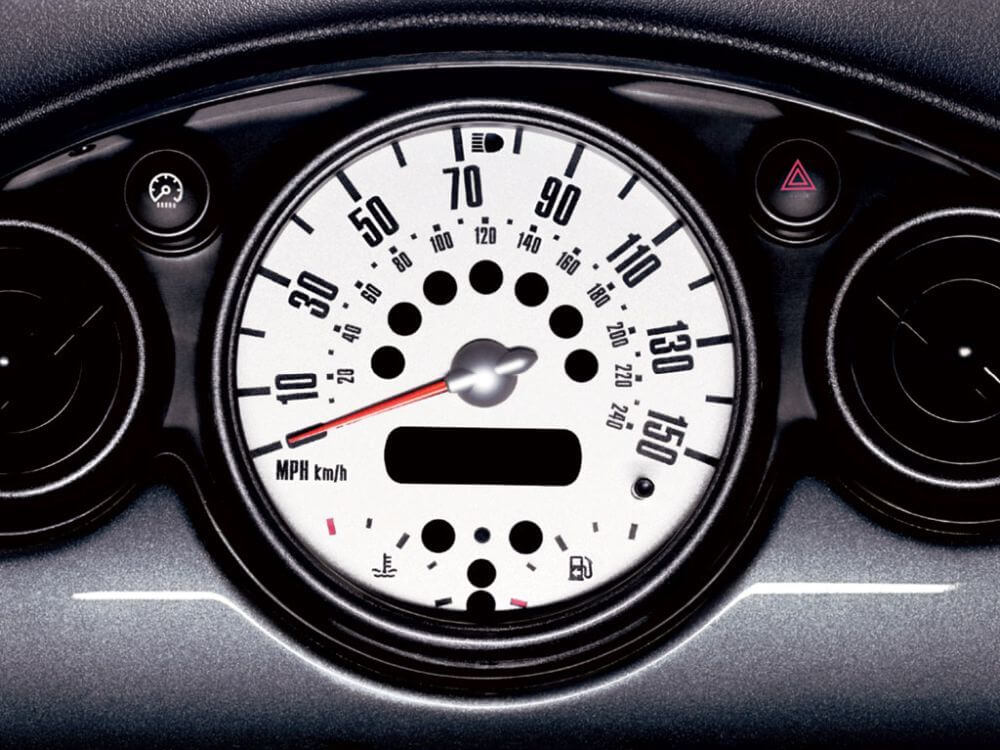 Inside, the One was offered with four airbags, cloth seats, a single-slot CD player and not too much else. The large central speedo, a throw-back to those earliest Minis, dominates the dashboard. A pod-style rev counter, inline with the steering wheel could be added too, as part of the Salt Pack.

Under the bonnet, the MINI One featured the same 1.6 Chrysler-sourced four-cylinder, chain-driven engine as the Cooper, albeit in a lower state of tune, meaning the One develops 89bhp and 103ft lb of torque, mated to a 5-speed manual gearbox

Built in Brazil, the engine was the result of a joint venture between Chrysler and Rover Group, with BMW retaining their share in the joint venture when Rover Group was broken up in 2000. The engine isn’t the most refined of units, but much like the A Series of the original Mini, the MINI encourages the driver to work the engine and ‘box, to keep the revs up and in the heart of its powerband. Expect 10.5 seconds to get from 0-60, with the One topping out at 115mph.

Dynamically, the One shines like any car wearing the MINI badge should – while it will take a decent amount of effort to get the One up to speed, the car will carry that pace through the bends, so there’s plenty of reward to be had for your work. The One does without the firm rider of the Cooper and later Cooper S, meaning it soaks up the bumps well, but the softer ride doesn’t introduce any compromises through the corners. 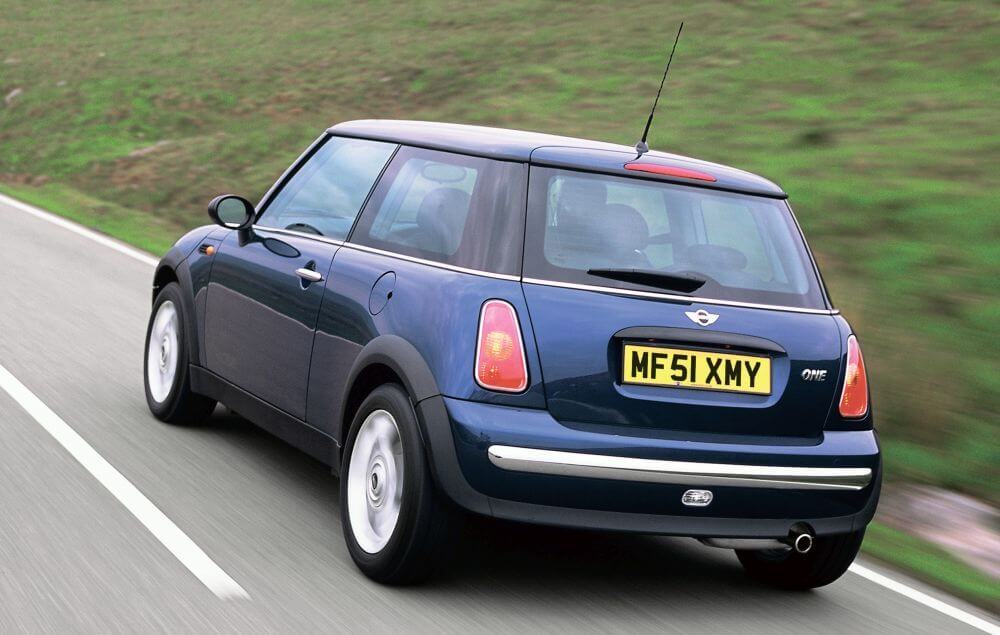 The earliest MINI ones are now 20 years and as such, have likely racked up a fair few miles. Gearboxes on early cars can sometimes be a bit notchy, particularly when selecting reverse – this was largely resolved in 2004 when the MINI gained a different gearbox. Other than that, the 1.6 engine is largely easy to work on and simple to maintain. Parts are also plentiful from MINI’s dealership or from a wide selection of independent specialists. The sheer number of MINIs sold means that online auctions are packed full of spares, parts and projects.

The MINI One may not have the bragging rights or BHP of a Cooper, S, JCW or GP but will offer up almost as much fun but with a much lower price tag. These early base models can be had for under £1000 and are getting rarer, so do yourself a favour and get one now while you can.