We take a closer look at the SL generations 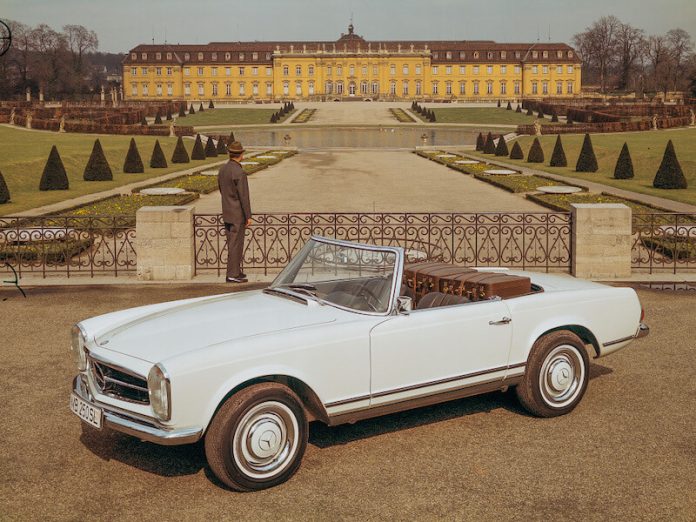 Fifty years have passed since the R107 generation of Mercedes-Benz SL was launched, two letters that represent some of the most desirable models that Mercedes has ever made.

Mercedes-Benz is a badge well worth celebrating, and we’re starting with one of the most desirable versions of all. Here’s a look at the Mercedes-Benz SL through five glorious decades…

Surely one of the prettiest cars ever made, it was designers Paul Bracq and Béla Barényi that were responsible for the model that became known as the ‘Pagoda’. That was due to the concave shape of the hardtop, but it was the car’s elegantly classy lines that made it such a hit. Borrowing its underpinnings from the 220SE saloon, the two-seater roadster arrived as the 230SL and not only did it look great but it was safe, too – Mercedes reckoned the rigid passenger cell and front/rear crumple zones were a sports car first. Updated to become the 250SL, the 280SL arrived in 1968 with a 168bhp straight-six engine meaning go to match the show. Almost 49,000 Pagodas would be built by the time production ended. 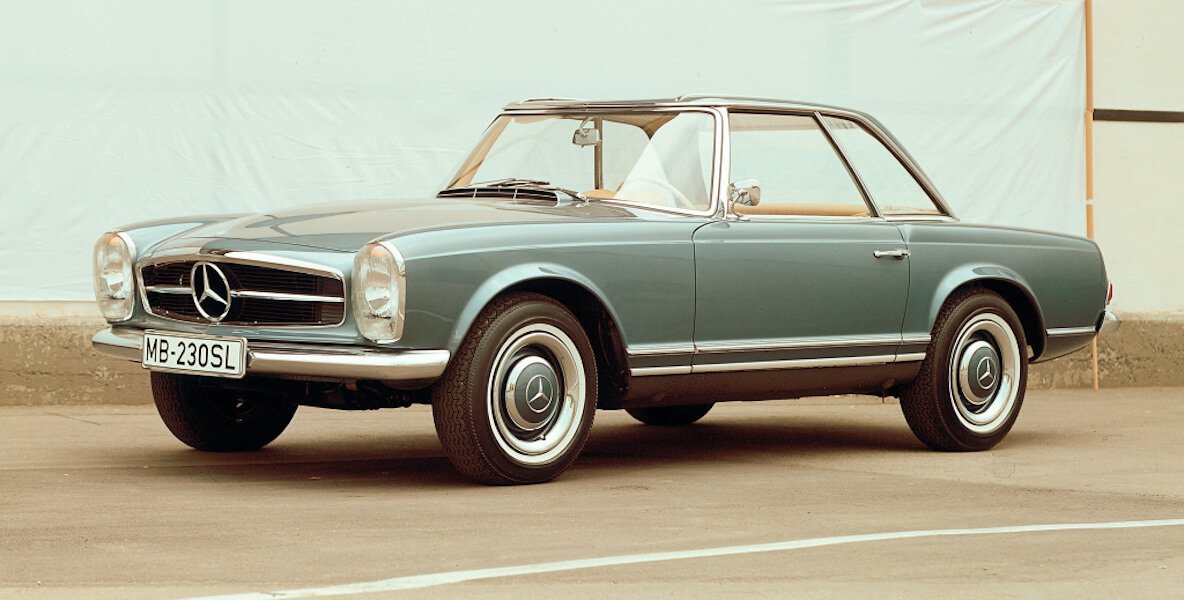 Even half a century after its launch this SL is as desirable as ever, and it’s a model that has twice appeared in the Wheeler Dealers workshop. More than 237,000 would be made – with two thirds of production heading to the US – and it quickly became a star of TV and film, including being the wheels of choice for a certain Bobby Ewing. Launched as the 350SL with a 200bhp V8, the R107 was safe, solidly built and boasted the sort of understated style that kept it in production for an amazing eighteen years. Numerous improvements and more powerful engines arrived during that time – the 500SL proved especially popular – and when a car looks this good it’s easy to see why demand and values remain so high. 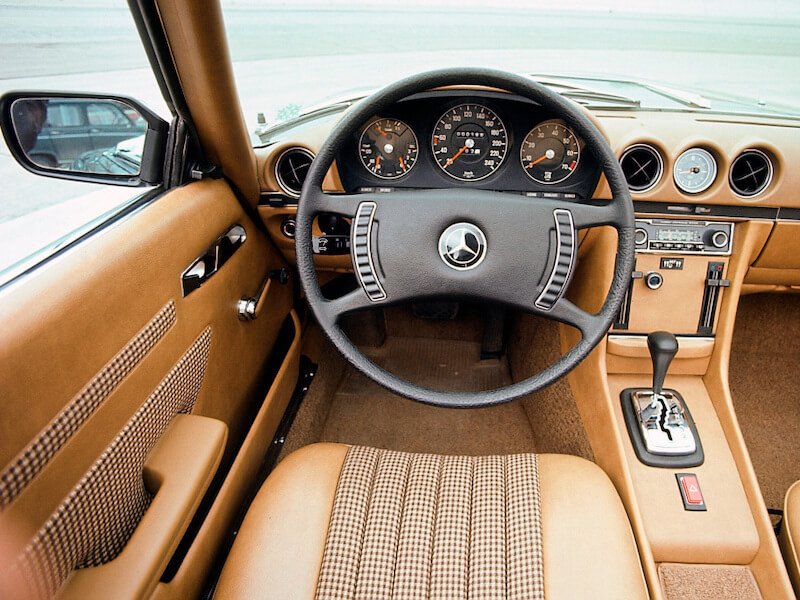 Like its predecessor, designer Bruno Sacco was responsible for the stylish looks although this generation had taken on a more aerodynamic appearance. It was also impressively safe thanks to numerous electronic systems and a pop-up rollover bar, and there was lots more kit on offer from adaptive damping to xenon headlights. This generation soon attracted a lengthy waiting list, those patient buyers able to choose from a variety of straight-six and V8 engines (it would also become the first SL to offer a V6 engine) that blended smoothness with ample power. Speaking of which, the later SL73 AMG featured a 7.3-litre V12 making 518bhp and with a top speed approaching 200mph! And it was the R129 that saw the SL badge become a prefix in 1995, so SL500 for example. 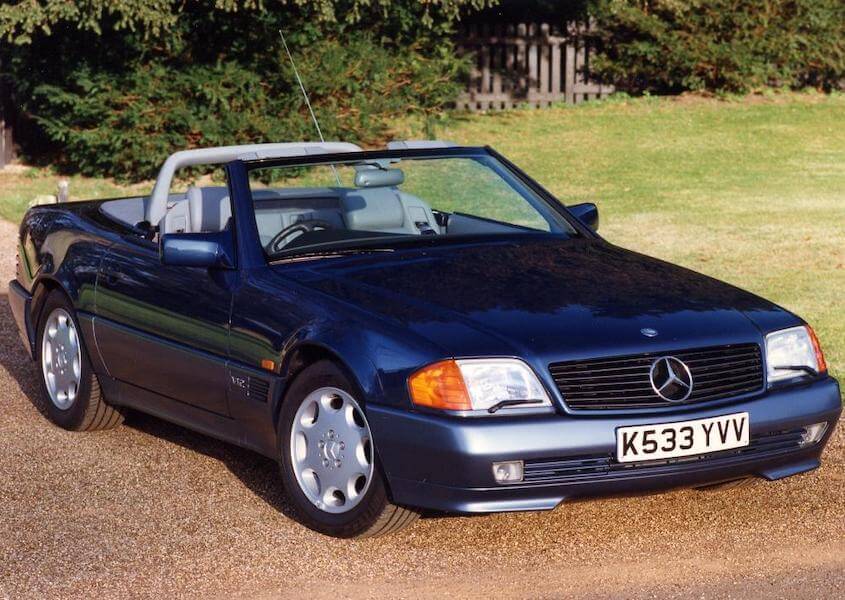 Launched at the Frankfurt Motor Show, there was a softer, more rounded look for this new SL and it was a model that offered far greater levels of tech. Also new was the folding metal ‘Vario’ roof which meant the end for the traditional offering of a folding soft top or a hard top. Once again there was a choice of V6 and V8 engines with no shortage of power as you progressed up the range; the twin-turbocharged V12 in the SL600 boasted 493bhp, while the same engine in the SL65 AMG was boosted to 604bhp. And the ultimate incarnation was the 250kg-lighter ‘Black Series’ model with a 6.0-litre V12 producing 660bhp and 1000Nm of torque; it sprinted to 60mph in 3.8 seconds and hit almost 200mph. 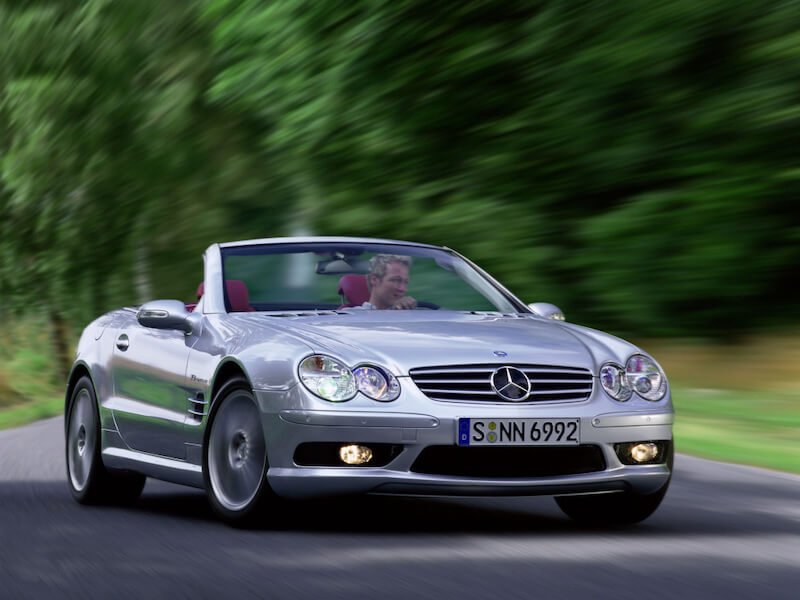 If ever there was a starker contrast with the simplicity of the first model in our list, this is it.  Packed with sophisticated technology – from a panoramic glass roof that can be darkened at the touch of a button, to suspension with a ‘Curve Tilting’ function, and plenty more – this was also the biggest SL yet. A proper luxury cruiser, the adoption of an alloy spaceframe helped to keep weight in check and Mercedes had even incorporated bass speakers into the structure itself. You couldn’t really have imagined that in 1963! Audio advances aside, there’s still plenty of power on offer from the V6, bi-turbo V8, and V12 engines while a facelift for the 2017 model year introduced mild styling revisions and extra equipment. 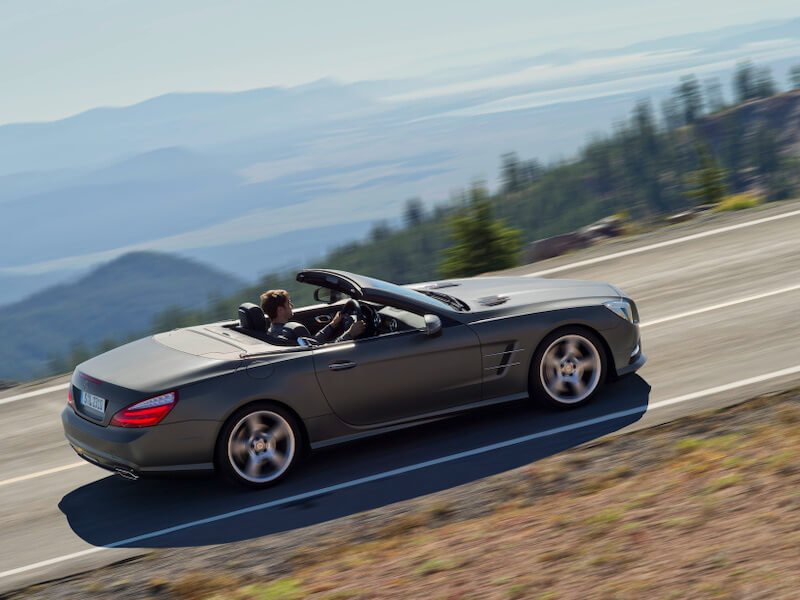 Expected to arrive later this year, all we’ve seen of the newest generation SL so far are teaser shots of the car covered in camouflage. Still, what we do know is that it will be based on a composite aluminium structure weighing just 270kg, and that the folding metal roof will revert to a traditional soft top arrangement. We also know that four-wheel drive will feature for the first time on an SL, utilising the 4MATIC+ system used by other Mercedes models, whilst the engine range should comprise straight-six and twin-turbocharged V8s; the V12 is likely to be dropped. And we can also expect some form of electrification during the model’s lifecycle. Frankly, we can’t wait for this exciting new SL to arrive. 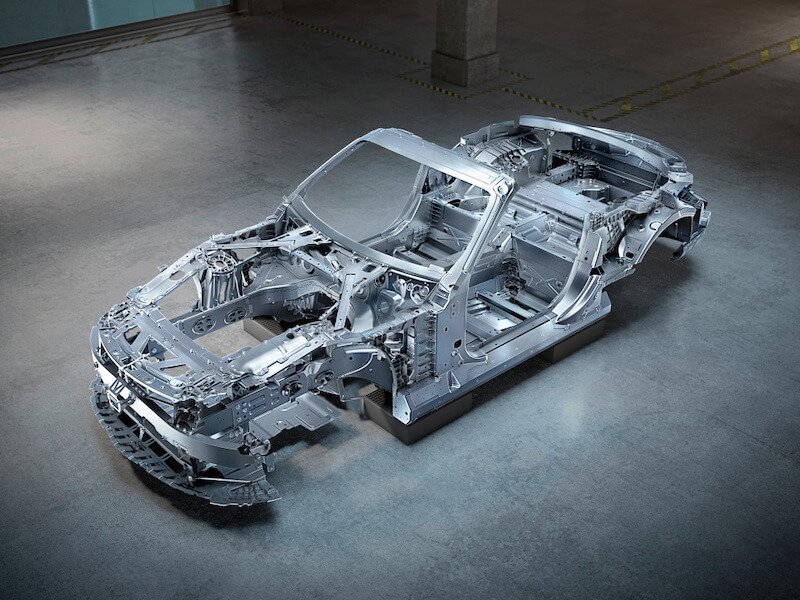