Mike Brewer Motoring looks back at 30 years of the Ford Mondeo. 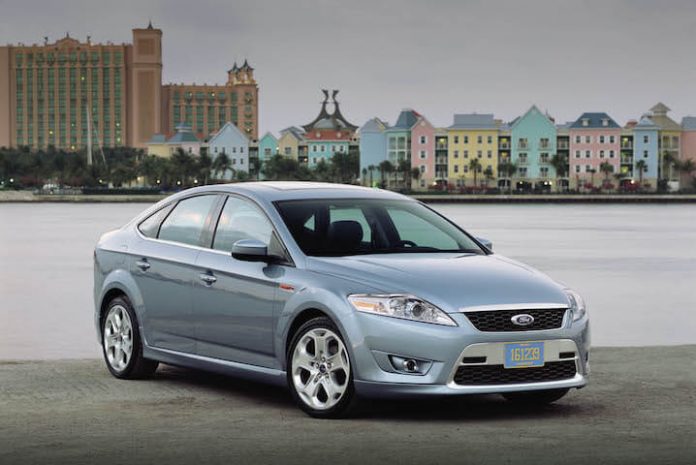 Once a huge seller for Ford, the Mondeo has been with us for three decades. But the popularity of the SUV and changing buyer tastes have seen cars like this struggle for sales, and this family and fleet favourite is about to come to end. By the time you read this the last one should have rolled out of the factory in Valencia, and while the name looks likely to live on in China it will mark the end of the line for European buyers. So let’s look back over those thirty years… 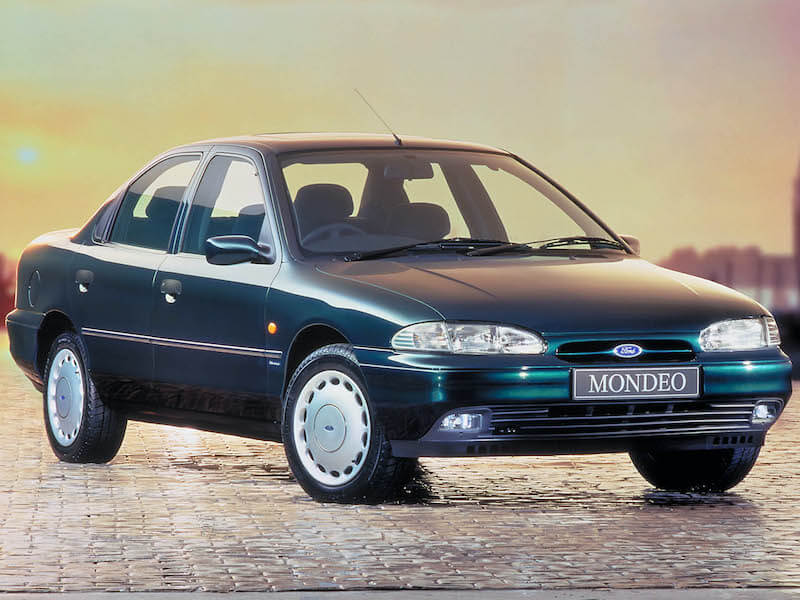 Ford reportedly invested some £3 billion in developing its new model, so the results needed to be good. And they were. A world away from the outdated Sierra, the Mondeo – its name came from the Latin word Mundus, meaning world – went on sale in 1993 and introduced a slick new design, new engines and front-wheel drive. It drove and handled brilliantly, and buyers could choose from saloon, hatchback and estate models while the smooth and punchy 2.5-litre V6 that arrived later boosted desirability. Named as the European Car of the Year in 1994, it would also feature in politics as Tony Blair coined the term ‘Mondeo Man’. 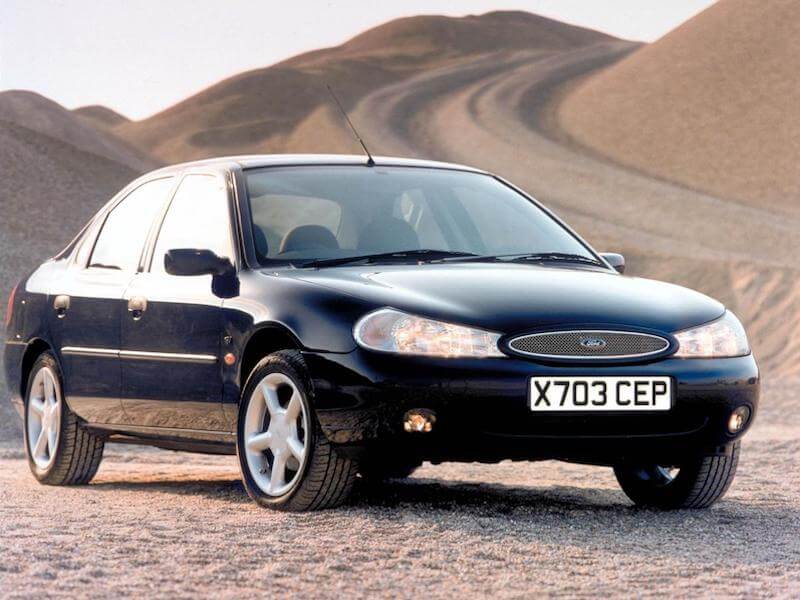 Three years after its launch Ford treated the hugely popular family car to a facelift, and while it looked broadly similar the changes were actually quite extensive. Arriving in 1996, the revised grille and headlight design were the most obvious differences but while it actually shared very few panels with the original car it wasn’t a completely new generation. There was also an updated range of Zetec engines and improved quality, plus the choice of attention-grabbing performance models: the ST24 boasted 168bhp but for proper pace buyers would have been tempted by the ST200 with a punchier 202bhp. 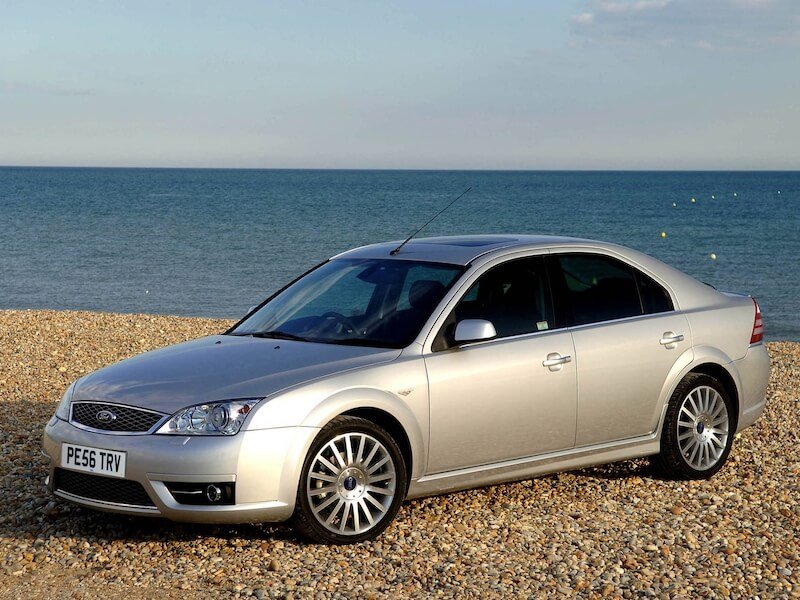 It was all change for the second generation that was launched in October 2000, and it brought with it a new look that replaced the ‘New Edge’ styling of the original. It was certainly sharper and less rounded, but there was plenty more to it than just appearance. This new Mondeo was larger inside and out and cabin quality had improved, plus it was safer and more refined. There was still the same choice of body styles, and enthusiasts could opt for the ST220 powered by a 3.0-litre V6 engine producing 224bhp – it was good for 0-60mph in 6.8 seconds and 151mph. 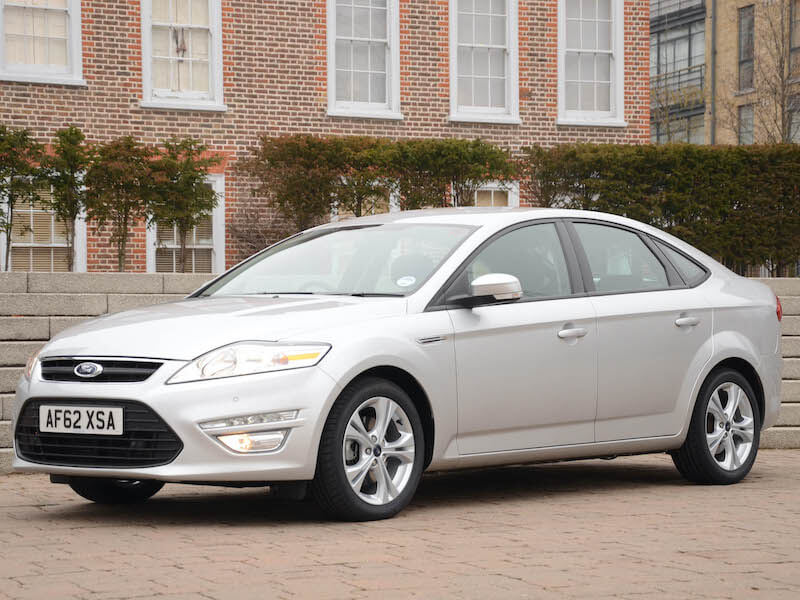 More than a decade after its launch the Mondeo underwent another major change, the new model going on sale in 2007. It would be a star of the big screen, too, appearing alongside Daniel Craig in the James Bond film, Casino Royale. Movie fame aside, though, it sat on Ford’s new EUCD platform and introduced a more rounded look, and there was the same vast range of engines and trim levels for buyers to choose from. Larger, more spacious and with a classier cabin than before there was also the choice of plush Titanium trim that came loaded with kit. A facelift followed in 2010. 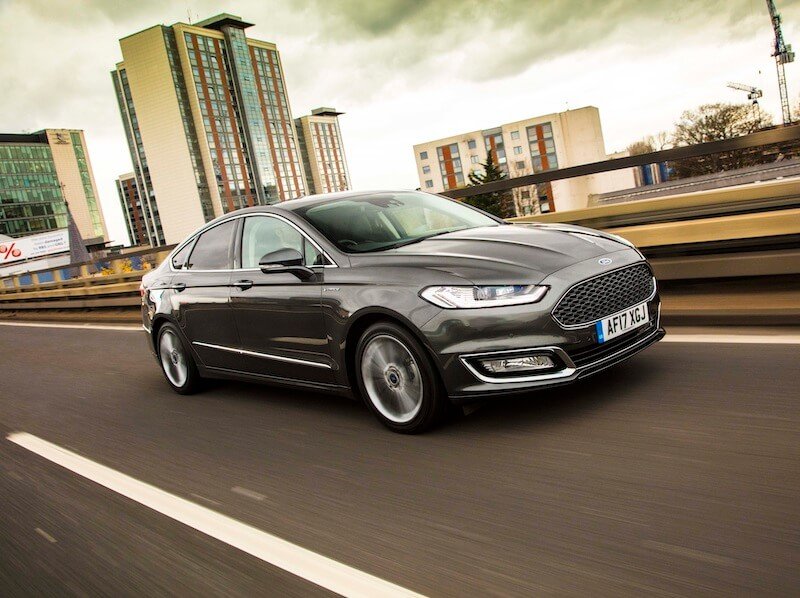 Launched in 2012 there was arguably more of an American flavour for this generation, and it would be the one that bought the Mondeo to an end in the UK. It was also by far the largest iteration, and while buyers could have no complaints about the space, quality, comfort and cabin tech it lacked the entertaining handling that had been a feature of the earlier models.  Still, the hybrid brought a useful boost in efficiency. Unfortunately, sales were plummeting and by 2020 Ford shifted fewer than 2500 examples in the UK as buyers clamoured for SUVs, and thirty years after its launch the Mondeo has reached the end of the line for British buyers. 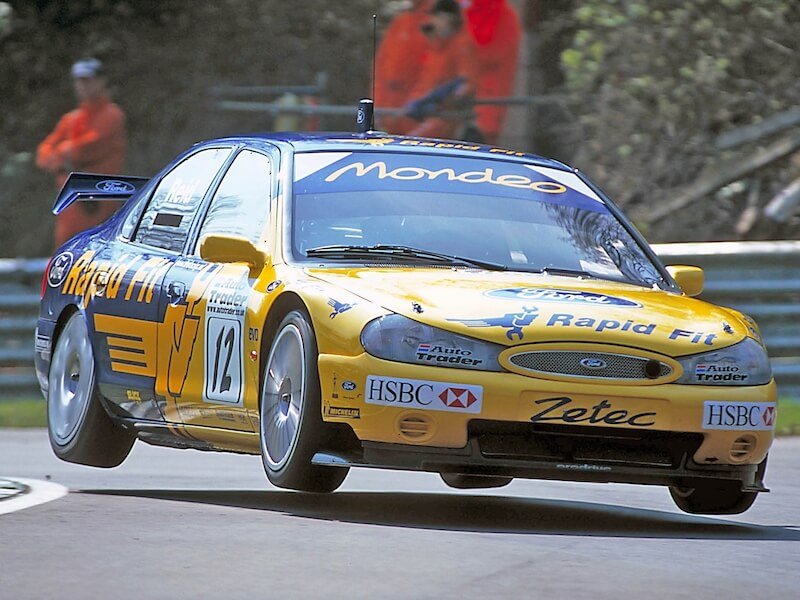 Ford has long been inextricably linked with motorsport and has won on rally stage and circuit, and the Mondeo would continue that success. It competed in the British Touring Car Championship between 1993 and 2000 with great drivers behind the wheel, including Paul Radisich, Alain Menu and Anthony Reid.  Its final year would be the best as Ford dominated the championship, with a 1-2-3 finish in the driver’s standings – Menu took the title – and the manufacturer’s crown. It was a fitting finale for a simply brilliant car.